Part VI: My Life on Spec: The Writing of Sideways

Posted 10 years ago by Rex Pickett 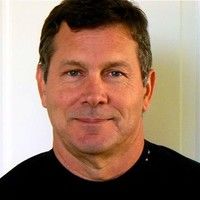 Richard "RB" Botto
This is part VI of the exclusive six part series: Rex Pickett – My Life on Spec: The Writing of Sideways. Don't forget to check out the foreword to this series, Part I, Part II, Part III, Part IV and Part V.

Click here to purchase the sequel to Sideways, Vertical. Only $10.20 from Amazon. Check out Sideways

as well if you haven't read that yet. Both make excellent stocking stuffers for the "Sidways" fan in your life.
Richard "RB" Botto

I'm going to let the first five parts of this series stand as the intro to the compelling, unflinchingly personal finale. Enjoy... -- RB

Film Critics Awards dinner, the WGA awards ceremony, but that was it. Evidently, there wasn’t enough money in the budget for the novelist. The forgetfulness reached its nadir with the Indie Spirit Awards. Living only one mile from the venue – and being a writer/director of two indie films – I desperately wanted to attend. I begged the head publicist at Fox Searchlight to vouchsafe me a seat. I told her I didn’t even care if I got a plus-one like all the others. Just a fold-up chair in the back, I beseeched. I was told I was a “non-nominee.” Technically, the publicist was right; I was a non-nominee. I watched the Indie Spirit Awards on TV. The publicist who literally shrieked those words into my ear could clearly be seen when the cameras cut to the audience sitting with the Fox Searchlight muckety-mucks, yakking it up, swilling wine, having the time of her life. Wasn’t she also a non-nominee?

The coup de grace in the ostracism department was the Academy Awards. Sideways was nominated for five Oscars, all in major categories – Best Picture, Best Director, Best Supporting Actor, Best Supporting Actress, and Best Adapted Screenplay – a very high number for a sophisticated R-rated romantic “dramedy” with no real stars to speak of. Not since Annie Hall in ’77 had a film in this genre been so showered with honors. I wanted to go. Badly. Five years ago I had not been invited to my ex-wife’s coronation at the Oscars – instead she used her precious few tickets to take her new husband and her mother, and I understood. Not to attend the Oscars for a film based on my book when the one award I was almost sure we were going to win was Adapted Screenplay seemed like a major slight. I begged the publicist again, refusing to go around her to Payne, but she said it would be impossible. But Alexander -- God bless him -- must have gotten word because less than a week before the gala awards event he called me and said that he “was working on it. Hang in there.” In an unbelievably altruistic power play, Alexander came to my defense and somehow, at the penultimate moment, managed to score me a ticket.

My agent found me a tuxedo. Fox Searchlight generously rented me a town car. I was not vouchsafed a plus-one – a complete anomaly – so my girlfriend at the time would not be attending. I drove alone with the driver of my town car, along a specially designated route, past barricades bounding the streets holding back screaming and waving fans, through three levels of security, the last one showcasing an intense-looking SWAT team wielding automatic weapons. I was deposited in front of the red carpet. I had to pee so badly I walked right past all the luminaries mugging for the cameras and the overly made-up tele-journalists there to cover the big event.

I was directed to the upper floor of the Kodak Theater where my seat was. I stood in a long line at the bar desperately needing a glass of wine to calm my nerves. Just as it was my turn to order, the ON AIR warning lights in the lobby started flashing and a voice blared over the intercom that everyone had to take their seats or else they would not be permitted in until the first break. The bar closed. I shambled into the Kodak Theater, tiptoeing on eggshells, as if the aisle were booby-trapped. I tossed back a Xanax to quell my panic.

I found my designated seat high up in the second tier of the Kodak Theater, my view slightly obstructed by the phalanx of TV cameras. In the packed audience I made my way to my seat and plopped down. To my right was a woman in her 60’s whom I didn’t recognize. Apparently she recognized me because she asked, “Are you Rex?” Yes, that would be me. She held out her frail hand and introduced herself as Michael London’s mother. I made a remark how lucky we were to get seats, exclaiming something about my just getting one the day before. She looked at me quizzically and replied, “Oh, really, I’ve had mine for weeks.” (!)

Chris Rock droned on with one of the more boring emcee jobs since Dave Letterman’s discomfiting performance of some years back. Finally, there was a break. I made a bee-line to the bar and slammed down two glasses of cheap Chardonnay. I was talking rot to someone and watching the monitors, almost preferring the bar/lobby to the live show when Rock came on and introduced the celebrity who would give out the Best Adapted Screenplay Awards. I hurried back to my seat just in time to catch them listing off the nominees. I heard my name. Excitement mounted. I was pretty sure we were going to triumph because we had won every other writing award, but you never know until they tear open the envelope and make it official. And they did. Alexander Payne and Jim Taylor stepped up to the podium to accept their Oscars. Both of them thanked me first for “the gift of his novel” before going on to family and colleagues and agents and whomever. I never saw either of them that night to congratulate them -- the second level attendees weren’t allowed to mingle with the first level luminaries.

After their acceptance speeches, I went back to the bar, quaffed a few more glasses of wine, then, feel depressed, called the town car. I left the bar, walked down an empty red carpet, certain that we wouldn’t win Best Pictures -- I was right; it went to Million Dollar Baby -- littered with paper cups and remnants of the entertainment news corps who had decamped to bars to await the ending. I had felt lonely before, but I don’t think I’ve ever felt lonelier walking back down that red carpet, even with the knowledge that the only Academy Award we had come away with that night was for the writing. It should have been a celebratory night, but, for me, there was a pervasive sadness, a sense that I wasn’t really a part of the collective joy, even though I had created the Sideways universe. In all the awards ceremonies -- most of which I watched on TV or read about in the trades -- the only ones who ever really acknowledged my contribution were Alexander Payne and his writing partner, Jim Taylor.

No one knows how much money Sideways really made because the studios jealously guard DVD revenues – at the time a huge cash cow for them – but the conservative estimate is that it grossed a quarter of a billion dollars. Even though my book did manage to sell 150,000 copies, and was translated into 12 languages, after commissions I made less than a hundred thousand off the book, total. Of course I made more from the movie deal. Many of the winemakers, and especially the owner of the Hitching Post, made tens, and in some cases hundreds, of thousands of dollars off the success of the movie and its consequent tourism effect on the Santa Ynez Valley where it was shot. The wine world profited in the mega-millions, especially producers of Pinot Noir, the grape variety that Miles rhapsodizes over.

This hardcover edition of Sideways? It wouldn’t have been possible without my business partner in our self-imprint venture which includes now the sequel, Vertical. Seven years since its publication, Sideways has finally seen its day as a traditional hardcover. So, you want to be an author?

Am I bitter? Sometimes. I try not to take those backward glances and wonder how differently my life would be if I had not sold my book to St. Martin’s for a paltry $5,000. Maybe I’m hoping that one day people will realize that part of the creative genius that is credited to Alexander Payne’s Sideways was his recognizing that someone once suffered serious deprivations and indignities, gave his heart, his soul – and nearly his life – for a work that he, Payne, turned into a terrific, enduring work of art, and which may turn out to be the pinnacle – I hope not – of his great career.

Three years ago the Writers Guild of America, in an admittedly flawed list, voted the 101 Greatest Screenplays in the history of motion pictures. Honoring those that made the list, the WGA enshrined them with plaques in their theater in Beverly Hills. My name made that plaque, along with Alexander Payne’s and Jim Taylor’s. That means more to me than all the money that was left on the table. For me, it was never about the money.

I’m writing this from a 100-acre vineyard property in the Santa Ynez Valley where I’m housesitting for a few weeks. From every window are panoramic views stretching to seeming eternity of the valley that Sideways made famous. People don’t recognize me physiognomically, of course, but when I tell them I wrote Sideways they almost universally grow ecstatic to have met me. They tell me how much they loved the movie, ask me questions about this and that, I sign books for them that I carry in my car, then retreat back to the ranch, reflecting, all alone, on my life as a writer.

I wouldn’t wish it on anyone. And, in the same breath… I wouldn’t trade my life for anyone else’s.

Just when you thought it was over, there's more! Coming Tuesday, December 27th, the epilogue to Rex's series! What happened to all the players since Sideways was released? What inspired Vertical, the sequel? And what is Rex up to next?

In the meantime, we invite all Stage 32 members to leave comments on the series. Or ask Rex a question about the craft, Hollywood, anything! He'd love to hear from you.

Thank you for reading. We wish all of you a very happy holiday season.

Vertical, Rex Pickett's sequel to Sideways, is available now for only $10.20 in paperback

. Don't forget to check out the first novel, Sideways. Both will make great holiday gifts for any "Sideways" fan.
0 0
SHOW MORE 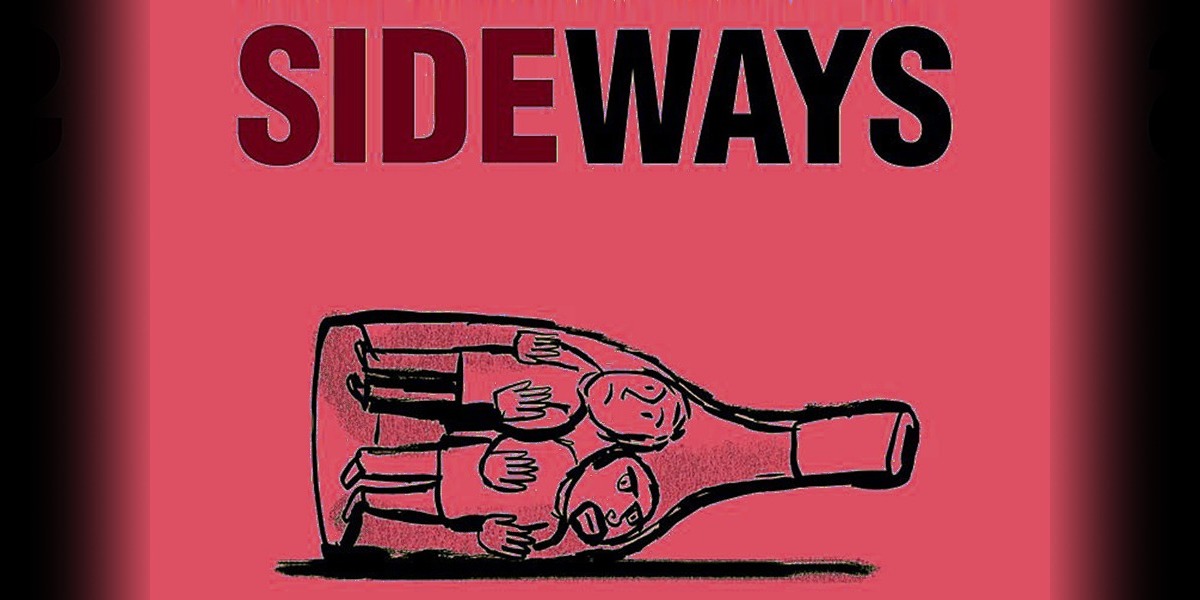