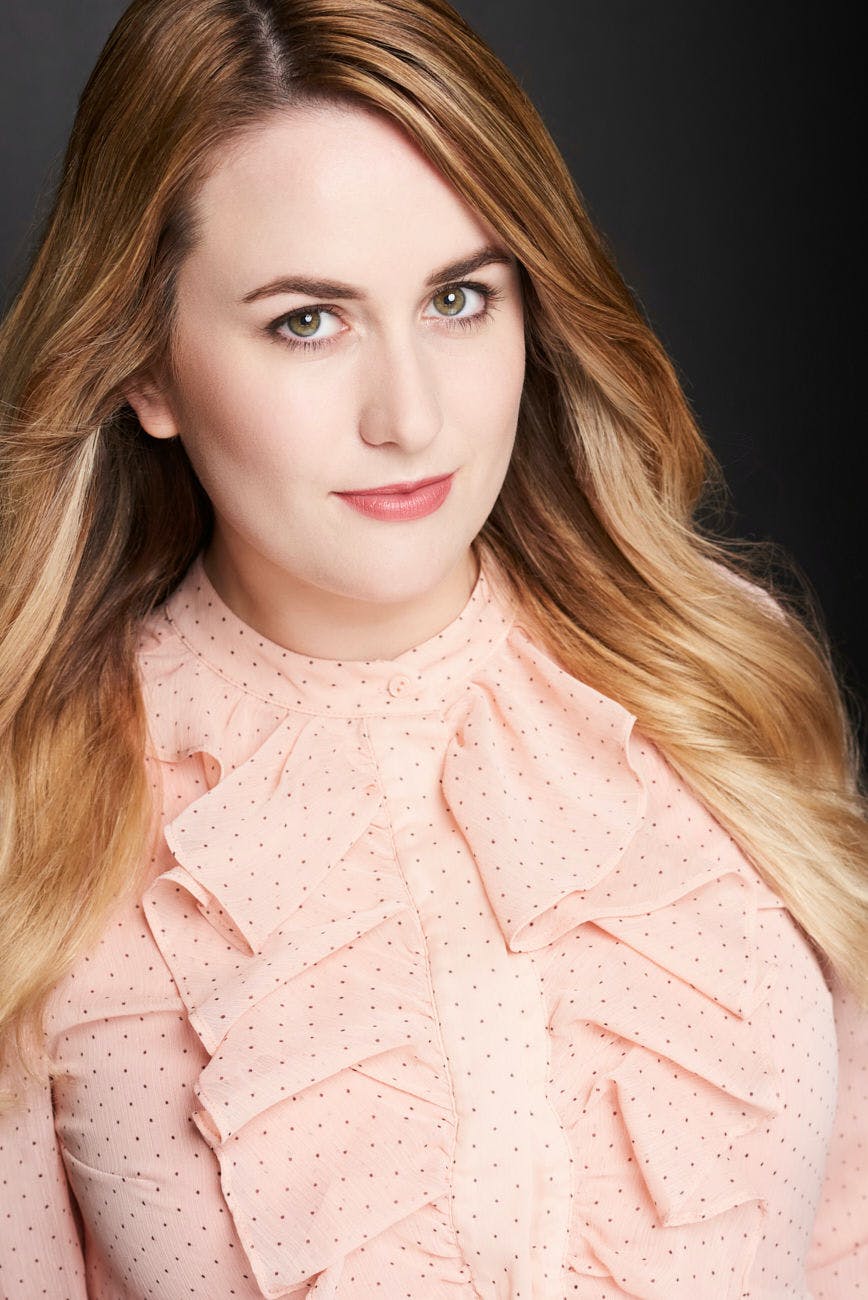 A bit of Background…I’m of the belief that if I can make my own opportunities I should. As an actor and a writer, I shouldn’t be waiting on someone else’s approval to gauge my fulfillment. So, I make a lot of my own content, which has been helpful in building my body of work.

I wrote this goofy little six-page costume drama that I wanted to produce. One set, 4 actors, and not a big deal, right? Well, it’s a big deal where my available budget is concerned. From what my research showed, getting historically accurate costumes would cost hundreds of dollars, and frankly, the payoff doesn’t make up for the price. Now, I love this piece. Don’t get me wrong. If I ever find a way to produce it, I will. But this was the point that I started thinking outside of the box. What if there was a way around my budgetary restrictions? 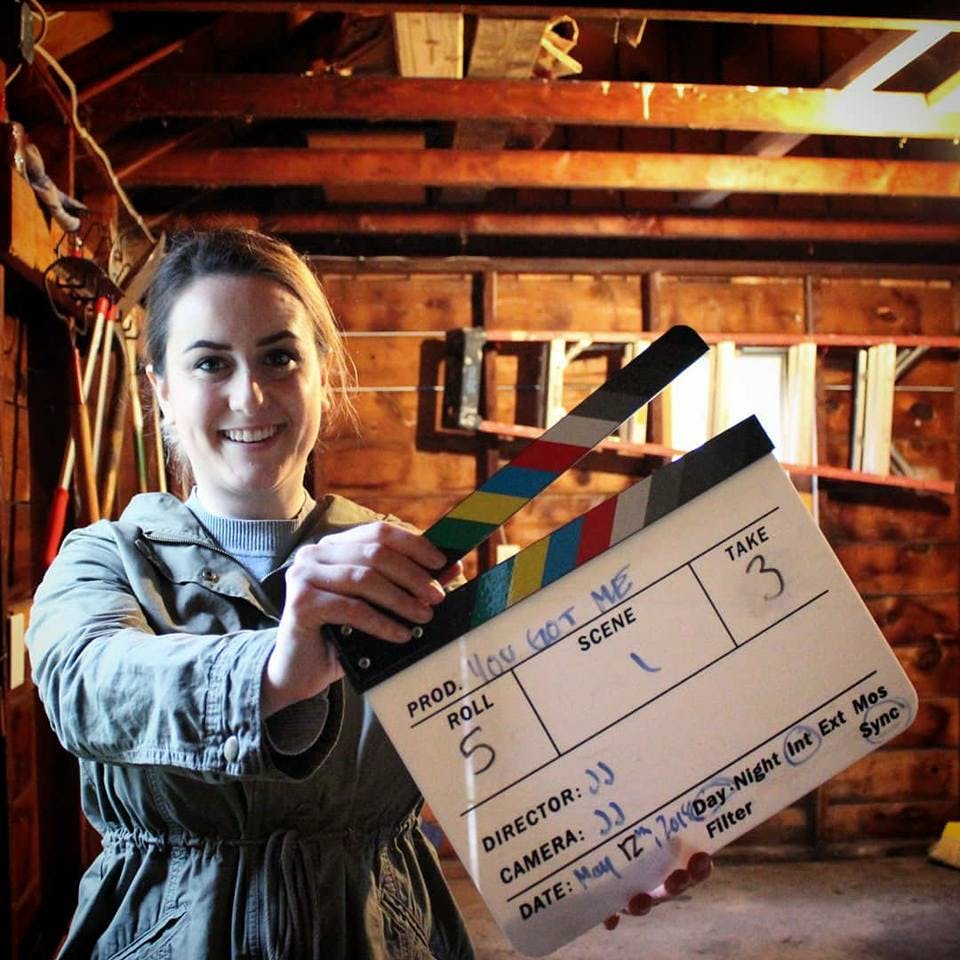 Jackie Jorgenson on-set of the short film, You Got Me.

Why an Audio Drama?

Without the visual aspects of a short film, a web series, or a sizzle reel, an audio drama offers a cheaper alternative to the conventional proof of concept. This may not be an issue if you’re producing a comedy set in modern times, but when it comes to historical and fantasy pieces, costumes, set design, CGI, and hair and makeup can be crucial budgetary factors.

It also diversifies your work and your audience. People who may not commit to sitting down and watching the shorts on your Vimeo page may tune into your audio drama while they work out. There’s a marketing concept that you have to reach people in seven different ways for them to develop an interest in you. For example, someone would need your new short film mentioned…

…before they say, “Hey, I think I should check that out!” The same arguably goes for your portfolio of work. If you are able to entertain in a new format, according to this theory, you may also open up new opportunities and find a new audience.

It’s not such a dissimilar situation. You’re using many of the same skills and job roles you’d need for an on-screen production and there are many situations where people would rather tune into a podcast than a film. Maybe they’re on the road, cooking dinner, cleaning the house, or working on their hobby while they play your story in the background. Plus, if you’re a writer you get to really hone into finetuning natural-sounding dialogue. If you’re an actor, you get to focus on your enunciation and building a character solely with your voice. Win-win.

Is this the ideal solution for everyone and every project? Of course not. This is an option if you’re looking to take your work to the next step, or you want to explore a new format of entertainment. Hollywood is Taking Notice of Podcasts

Lore, Homecoming, Dirty John, and Limetown are just a few examples of podcasts that have on-screen adaptations. They’re also proof that audio dramas have something more to offer on-screen and can equally captivate an audience. It shows there’s now a sense of professional validity to this medium.

Creating Your Own Narrative Podcast

Tales From The Aether is my original fairy tale anthology audio drama. Season one follows a nomadic witch who travels the recently settled New England coast to heal communities of a blight which is hypothesized to be the real-life cause of the Salem witch trials. This three-part series spans 60 minutes, so you can see why it would have been a bit tricky to independently produce for the screen. However, if this were to be adapted, it could be easily expanded to fit a feature film format. 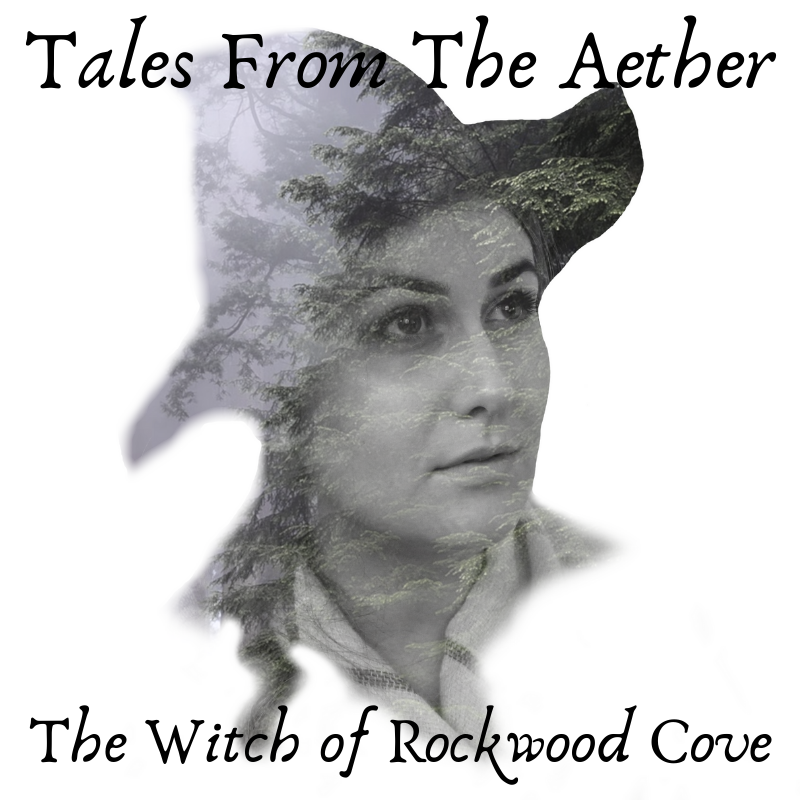 Thumbnail of Tales From The Aether’s first season, The Witch of Rockwood Cove.

A major benefit of having a background in acting and film editing is that it’s great preparation for creating rich sound editing. Knowing how a character would move and interact with their world is so important. For example, I had a scene where, after losing his temper, a character smashes his fist against the dinner table. Instead of just using the fist against the wood sound effect, I layered it with clinking glasses, which would naturally jostle at that moment. After a beat, a chair creaks as he leans back and sighs. Not the most brilliant thing the world, but helpful in creating realism.

And the budget is just right. With this project many major aspects of the production were done for no cost:

So, if you’re looking to try something new, develop your script that remains outside your budget, or diversify your body of work, I think you know what I’d suggest you do...

imdb.me/JackieJorgenson Jackie Jorgenson is an award-winning actor whose characters range from the headstrong woman of principle to the goofy, emotional girl next door. Her short film performances have been screened at festivals internationally, including the biggest art event in the world, ArtPr...