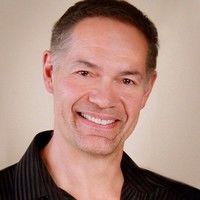 So here you are - on location for your first film you're about to direct. Day one of maybe twenty. You're holding four to eight pages of the script in your hand that must be successfully 'in the can' by the end of the day. You have ten hours to accomplish this AND you need to repeat this feat for the next 19 days or so. 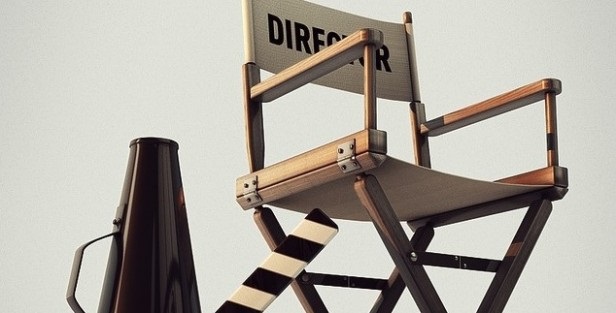 Scary, huh, but it doesn't have to be. There is an opportunity to create greatness with your actors and crew today and every day of the production. Seriously, you have the upper hand. Why? Because you are PREPARED.

You are prepared, aren't you?

Relax. Take a deep breath and read on. These secrets will help you with your indie feature directing debut.

This one secret alone will make your job as director so much easier. Trust me. Cast GREAT actors in every role you have in your film, including the smallest bit parts. You cannot direct a moderately adequate actor to be great. You just can't. 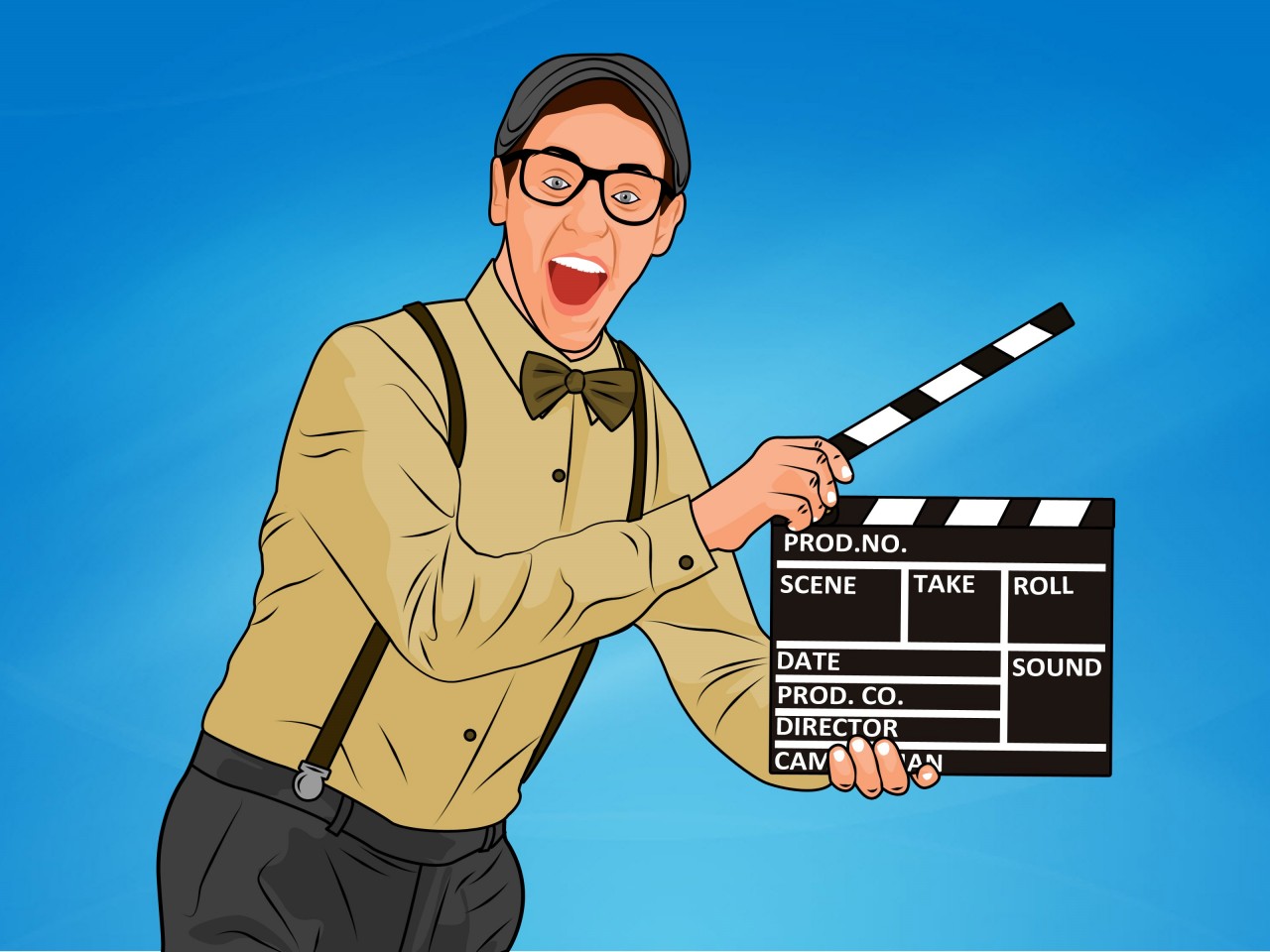 Back in the day, I tried working with less than great actors in commercials, sales films, features - it just didn't work. It never did. I finally realized only the best actors must be cast. The result from that point on? Nirvana. So cast the very best. You will thank me later.

You cannot make your feature alone. For example, you MUST have an experienced Assistant Director and Script Supervisor along with other experienced personnel to make your movie. It takes a team of dedicated professionals to pull off a successful production. Keep in mind film is a collaborative art form. Surround yourself with incredible people and rely on their expertise and be open to their input. 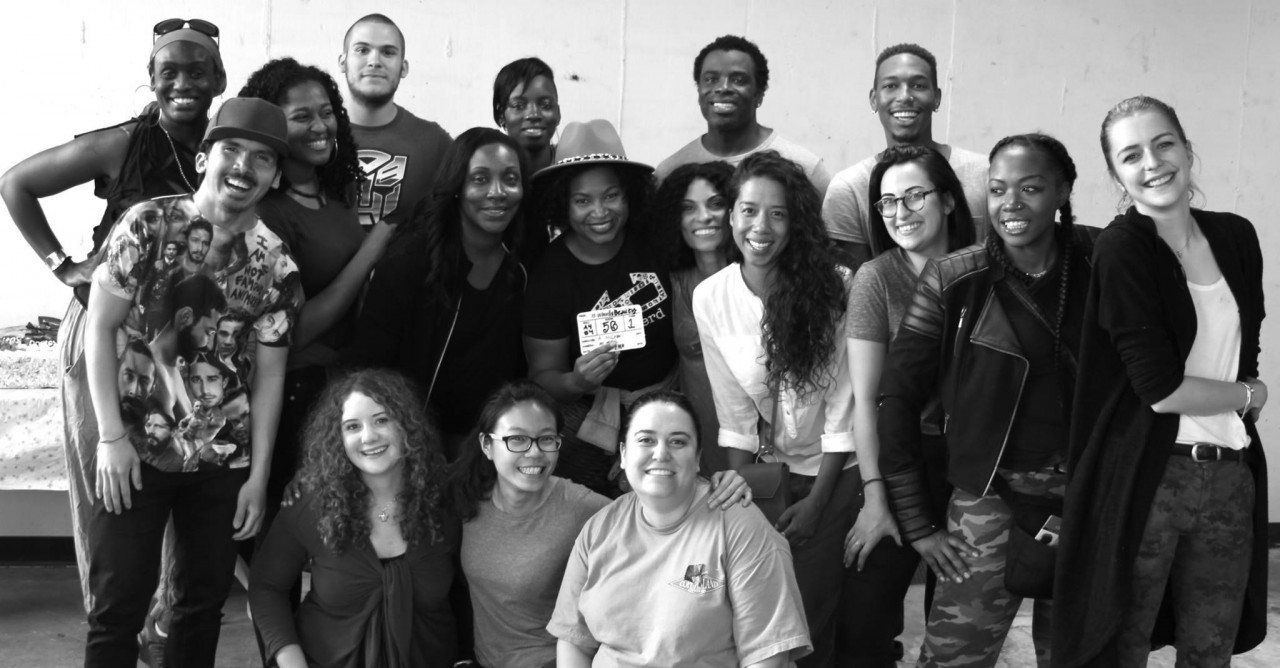 3: Know Your Script Inside and Out.

Whether you wrote the script yourself or are working with another screenwriter's work, you need to know every scene like the back of your hand.

How do you accomplish this?

Not by memorizing it. You begin to know it by sitting in a quiet room and imagining a movie screen before you. Now imagine what shots will comprise each scene up on that imaginary screen. Will those shots communicate what you want? How will they cut together into a scene? How will your scenes merge together to become your movie?

When you watch a good movie or television show, the one thing you'll notice over and over again is the director reveals characters and story elements strategically. This is done because they want the audience to be constantly wondering what will happen next.

It keeps the audience engaged. In fact, it is the essence of good storytelling. For example, imagine a scene taking place in an open field at daybreak. A single-engine plane is parked with two guys loading boxes into the side of the plane while another stands watch nervously smoking. The smoker says, "We should have been out of here ten minutes ago." Then a voice off camera is heard from the tree line not too far away. "Lucky for me you're still here..." Terrified, the three look at each other. Suddenly they run when gunshots ring out.

You could just set up your camera by the plane and let this scene run its course, but that would be a bit BORING, wouldn't it?

Instead, design engaging scenes that do not show 'all your cards' immediately. Reveal characters and story elements strategically.

Here's an approach to revealing your characters and story elements strategically, applied to the same scene. 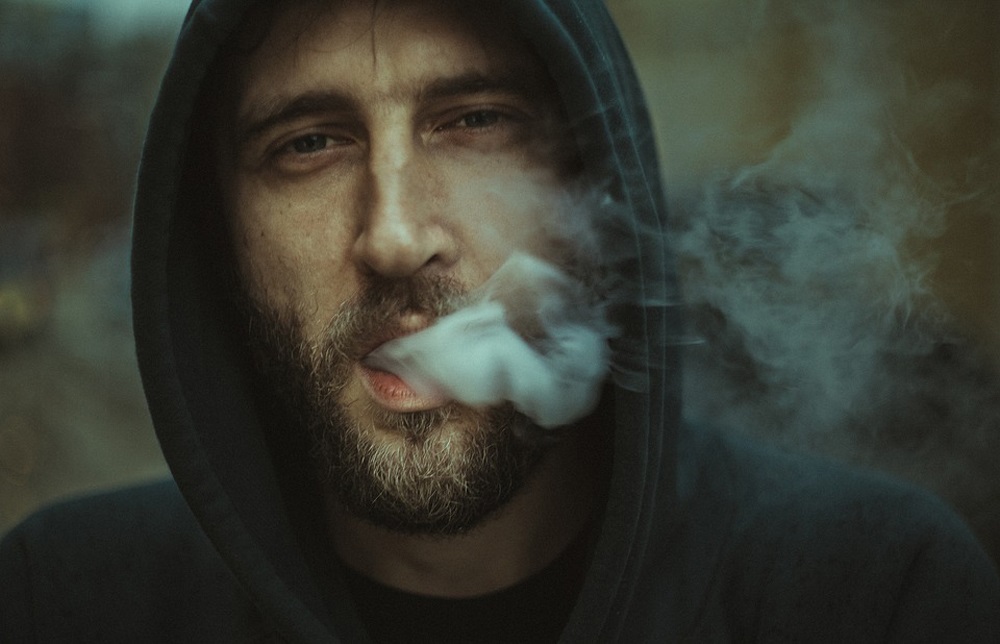 Close up on a guy as he lights up a cigarette. His face is momentarily illuminated when we realize that he is standing in a field at dawn. Our guy steps to his left while the camera moves with him. A single engine plane is revealed behind him as we move. He whispers nervously over his shoulder, "We should have been out of here ten minutes ago!" Two men stand up from their work loading boxes into the side of the plane and look at him. Then a disembodied voice is heard from the tree line. "Lucky for me you're still here..." The three look to the tree line, then at each other. Flashes from the tree line are followed by loud gunshots heard a half second later. The three run for their lives.

Can you see the shot progression in the second example? This approach reveals characters and story elements one by one. As a result, the scene is more intriguing and engages us.

A Storyboard is a pictorial representation of your film. A sort of 'comic book,' if you will. I know what you're thinking, but Storyboarding is easier than you think, especially with the help of new software available.

Storyboarding helps you with strategically revealing characters and story elements by forcing you to map out each shot and how they will link together to form a scene. Thanks to the Storyboard, you can now see the shots and scenes working or not working. 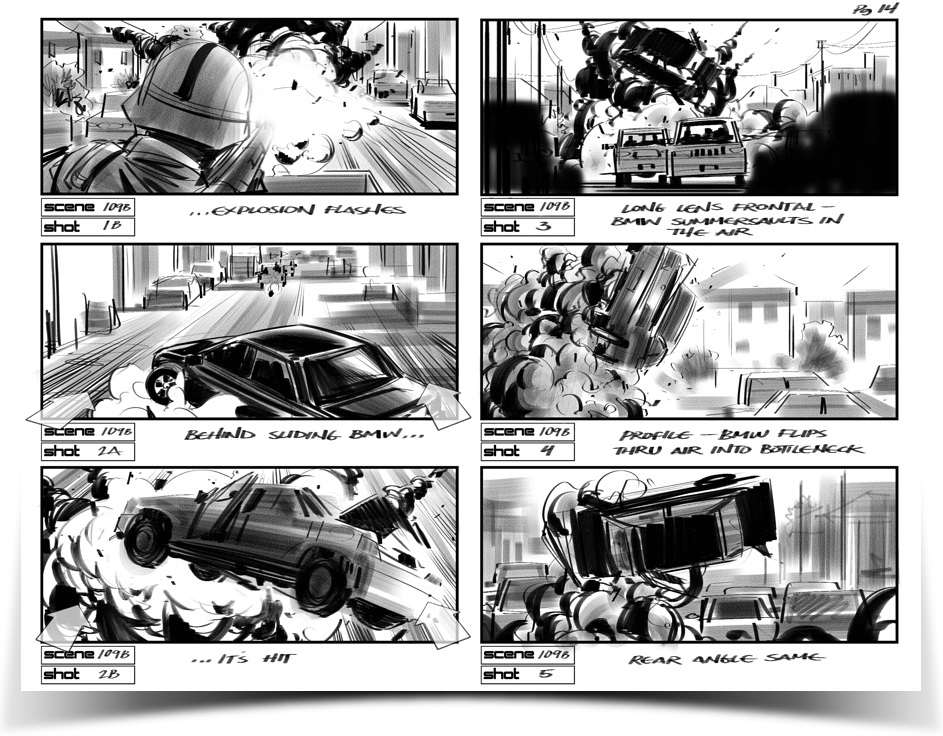 Now, here's your opportunity to adjust and re-adjust until the shot progressions that make up each scene work. Establishing shots, medium shots, over-the-shoulder shots, close-ups and cut-a-ways all are included - just like what your finished film will have. It is a pre-visualization or 'previz' of your film that is amazingly helpful.

Another advantage is that you can show your finished Storyboard to the crew so everyone is literally on the same page. This translates to working more efficiently thereby saving time and money. Always a plus!

6: Visit All Your Locations Before Production.

This seems obvious, but you'd be surprised how many first time directors don't visit a location before shooting there. Why is this important? Because your location will determine how you will design and shoot your scene - also known as 'blocking.'

How will your actors move during the scene? Where are you going to place the camera? Do you need a camera dolly? What lenses are you going to use? How about your lighting approach? All these questions will be answered by visiting the location before you show up on shoot day.

I know I'm going to get a lot of pushback by recommending this, but personally I don't think it's a good idea to rehearse beforehand. You want your performances fresh. In fact, once you've blocked your scene, shoot it. Don't be tempted to run a rehearsal without cameras rolling. Shoot it all. You may have your winner take right away and on that subject, when you get a terrific take, stop and move on. You don't have the time or budget to shoot take after take.

BUT...don't stop until you have a performance that works. Here's the bottom line; When you're sitting in the edit, there is nothing more frustrating than realizing that you wrapped a location without getting the performance you needed. #@*&$%!

8: Don't Talk to Your Actors Right Away.

If you follow #1, you will have cast GREAT actors in every single role of your film, but before you open your mouth on the set, see what these professionals you hired bring to the party. 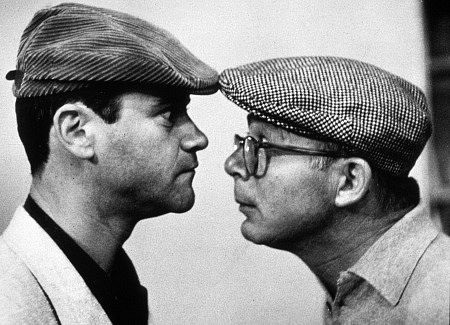 While you're blocking your scenes, see where the actors naturally want to be in the space. If it isn't working for you, adjust them.

You'll be tempted to discuss exactly what you want from your actors performance-wise, but don't talk to them about this just yet. It is disrespectful to the artist, your actor. Trust them. Their interpretation of the scene may blow you away. You don't want to sabotage that possibility, but once you've seen their performance, step in when something isn't working for you and adjust.

9: Treat Your Actors with Respect.

Make sure your crew does, too. Call for 30 seconds of silence before and after a take. This allows your actors to focus - increasing the likelihood of a fabulous performance.

'Principal Photography' or the actual shooting of your film is very stressful. Make sure you are eating nutritious food and getting plenty of sleep. Avoid alcohol or any other mind-altering substances during this time. You cannot function effectively if you are feeling sluggish, sleepy and out-of-it. You need to be at the top of your game.

So prepare and have a plan from which you can deviate before you go into 'battle.' 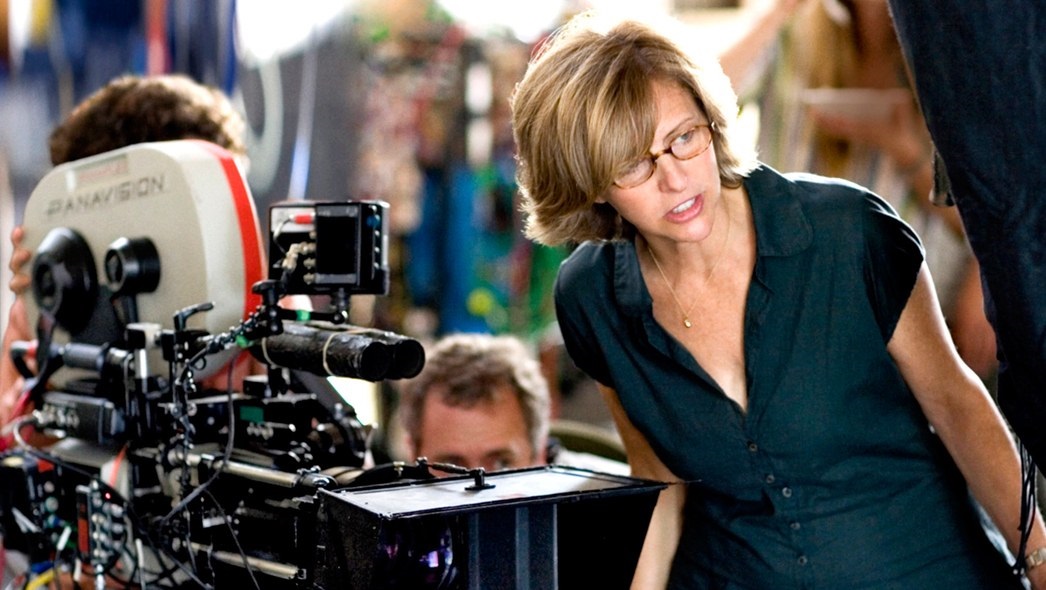 Think about it. If you don't have a plan, you will be completely distracted during your shoot because you are trying to figure out on the fly what to do next. Instead, go in prepared and if you see something that will work better, do it. Ask any seasoned director. They'll tell you the same thing. 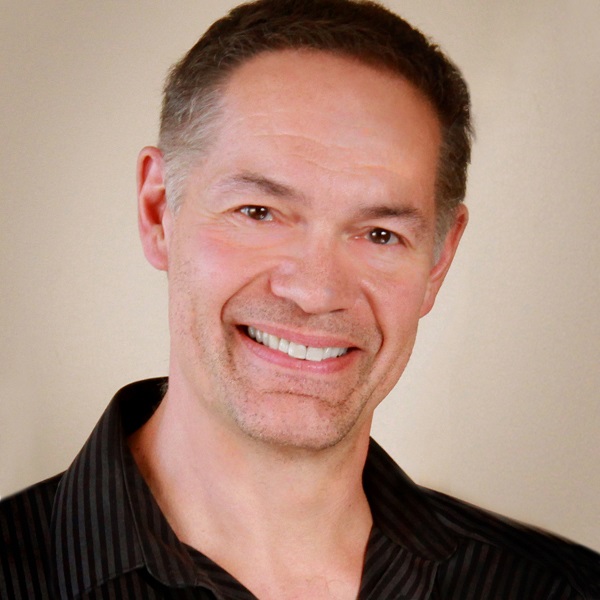 Gregory is the award-winning writer, producer and director of the psychological thriller, 3 OF A KIND - now on Amazon Prime. He won BEST PICTURE and BEST DIRECTOR at the WorldFest Houston International Film Festival for this picture.

His company Greg Green Films develops and produces feature films for a national and international audience. Greg loves living in Boise, Idaho - far away from the madding crowd! 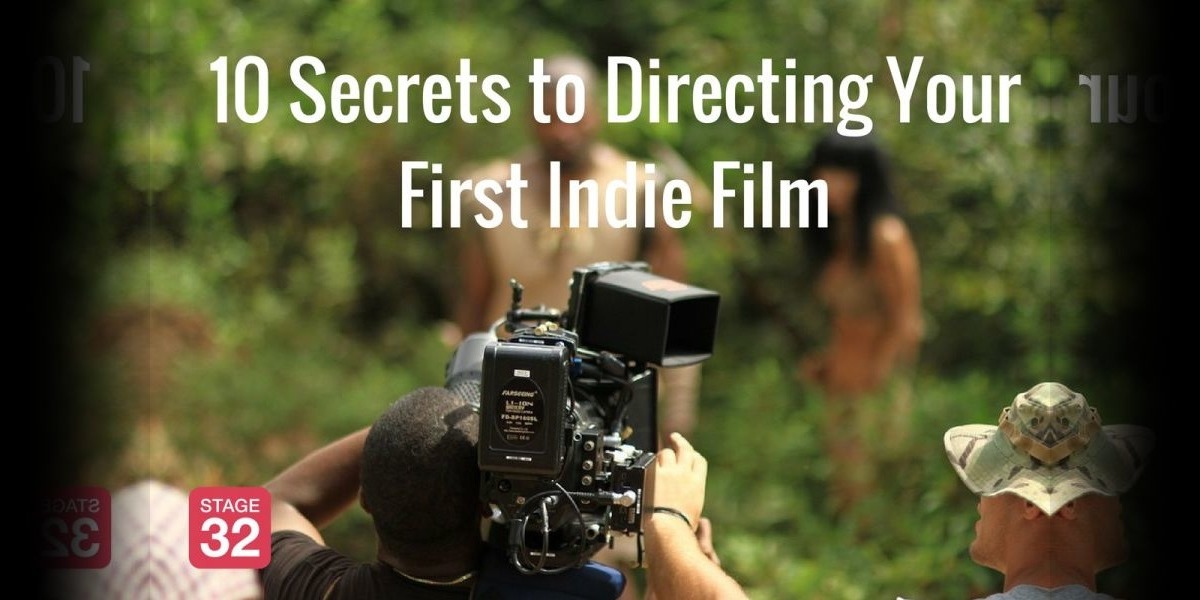