5 Things We Learned Working with an All Female Crew, and Would We Do it Again? 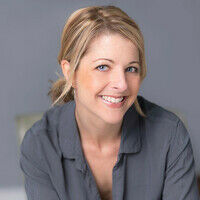 When my friend and creative collaborator Caroline Slaughter first pitched me her concept for the short film LAMB in late 2017 at the start of the #metoo movement, my first response was “Hell Yeah!” (actual response censored) and my second was “Here is a chance to create change”.

LAMB is about an eager and trusting filmmaker who follows a female assistant from a hotel lobby to a secluded room for “a meeting” with the assistant’s boss... Were these female assistants who led Hollywood’s lambs to slaughter accomplices in the complicity machine or victims themselves?

If we are going to tell a cautionary tale of women supporting women, we MUST take this opportunity to truly embody our message and practice what we preach. We must have an all-female team…and so the journey began.

Now, I will say that I started my company in 2008 with a focus on championing women in film so this idea was not new to me. Actually, before it was something I stated in my company mandate it was just unconsciously how I did business. I gravitated towards female stories and working with women. These days, I often cringe as it seems hiring women has become “trendy” as a way to attempt to put a band-aid on the hundreds of years of inequality in our industry versus the true reasons to hire and champion women…but I digress.

Despite these personal tendencies and mandates in my life, embarking on a film with an all-female crew would be a first for me and wow- I had no idea what I would learn. 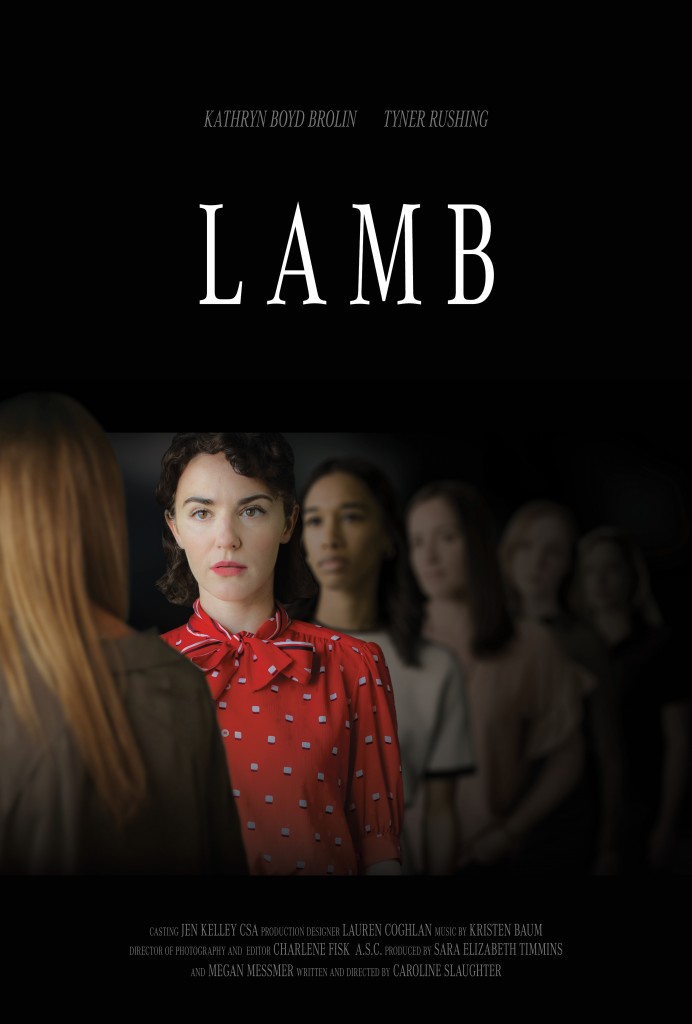 1) There is an Unspoken Collective Female Struggle

We had some concerns going in about our ability to crew up with high professional expectations on a film with practically no budget. Going to talented crew and asking them to work for an IMDB credit and donated catering is never ideal or fun for a producer and yet I was shocked how quickly most of the available creatives jumped on board. Why? That is the sad part of our fortune. For many, LAMB was their personal story and they wanted to be a part of sharing it. In some cases, it was women who were themselves physically or emotionally taken advantage of by men in power in Hollywood or they know someone who was.

There were other stories too. Women who felt they had to hide their feminine to be taken seriously, never wear makeup, always wear a baseball cap and baggy clothes on set- ie: Don’t express who you are or else you may not get and/or keep the job or be taken seriously. Women in G&E who have been told: “women can’t grip” and are often patronized by men running to their rescue when anything heavy needs lifted or moved… "um, hello, this is my job so back off unless I ask for help" (which I likely won’t need but if I’m crazy tired…maybe just for a break). Women who have lost many a job to a man because certain positions are perceived to be for men only or it may be an uncomfortable dynamic to add a woman to that department. So many things need to change! 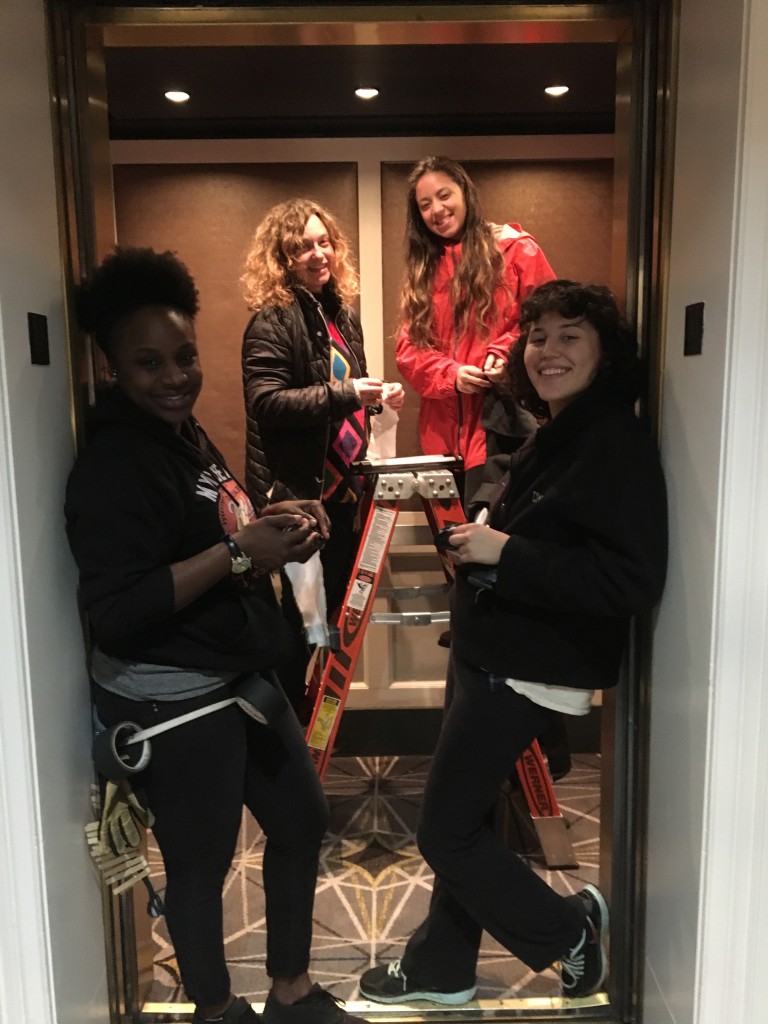 2)The Tone on Set Shifted

Starting with our Production meeting the tone was completely different. The words I would use- collaborative, caring, supportive, open, nurturing. The priority to collaborate and openly communicate and listen to everyone was heightened and therefore there was a rich air that felt like it empowered everyone to truly bring their best because they felt trusted, seen, and not judged. The other unspoken dynamic was the feeling that as women, we are no longer the “other” but the majority, the leaders, and the decision-makers. Do we need an all-female crew to accomplish this? No, but by balancing out our leadership on sets (not just by gender but in mentality and leadership style) that trickle-down can have immeasurable effects on your team’s creativity, productivity, performance, and the final film. 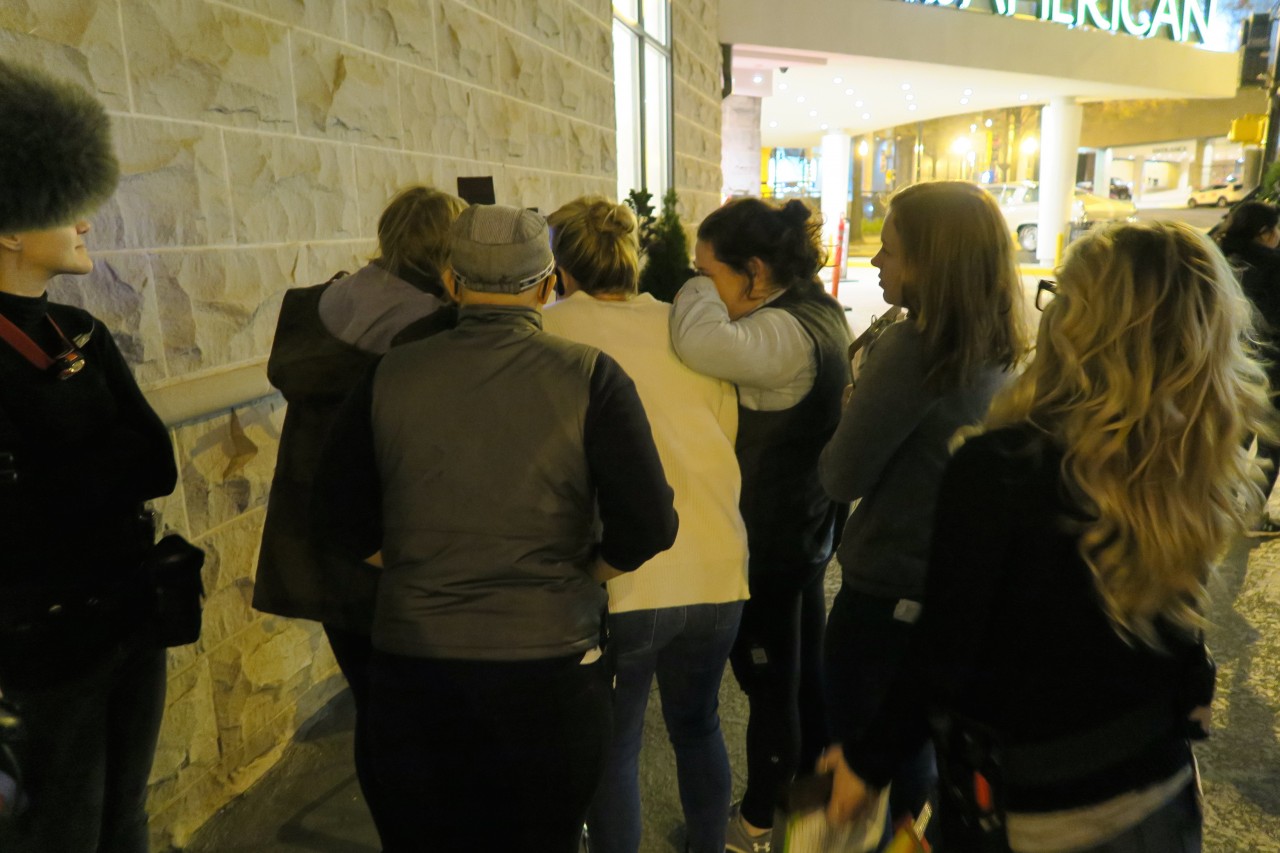 3). Opportunity is the Key to Changing the Narrative

As we began crewing up, some departments were easy (hair, makeup, wardrobe) but getting to camera and G&E…oh boy! Literally! In many positions it was very difficult to find women at all and then for those we could, it was hard to find one of the few women in the field that was also available. What I realized after this experience and in speaking and working with female directors over the years is that the reason there is such a low percentage of women in many positions on top films is because they are not being given the opportunity to build the resumes and experience needed to even be in the running. It is not about ability but experience.

So what can we do? Give more women opportunities on your films so they can build resumes and networks that are just as robust as the men they are up against and in some cases more talented than. 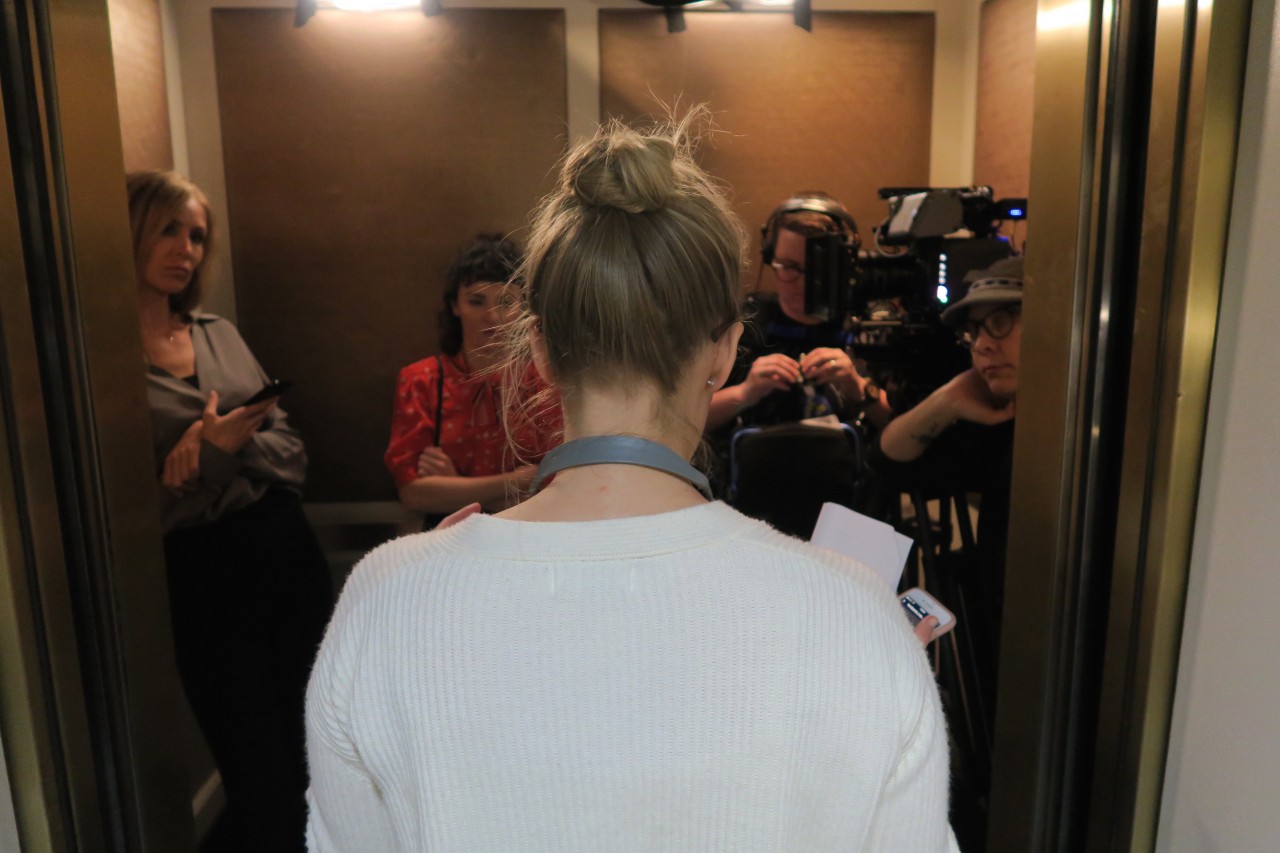 4) The Value of the Female Perspective in Storytelling

The greatest danger here, in my opinion, is less about equality and more about perspective. To not tell stories through a female lens does humanity a huge disservice. One brilliant moment in LAMB that shows this was our DP’s suggestion to shoot the final scene from Jean’s POV. The scene suddenly became an intimate portrait by putting the viewer in her shoes as she assesses her surroundings, the betrayal, and her fear versus being a cold observation of the circumstance.

It was a female perspective that changed the viewer's experience and ultimately their takeaway. Almost 50% of the world population is women so it is our responsibility as creatives who greatly influence and shape society’s thoughts and reality, to provide diverse perspectives so the world can experience more stories through that lens for a balanced and understanding society. We are talking about women in this article but this 1000% goes for diversity across the board from gender, to orientation, to race, culture, and beyond. 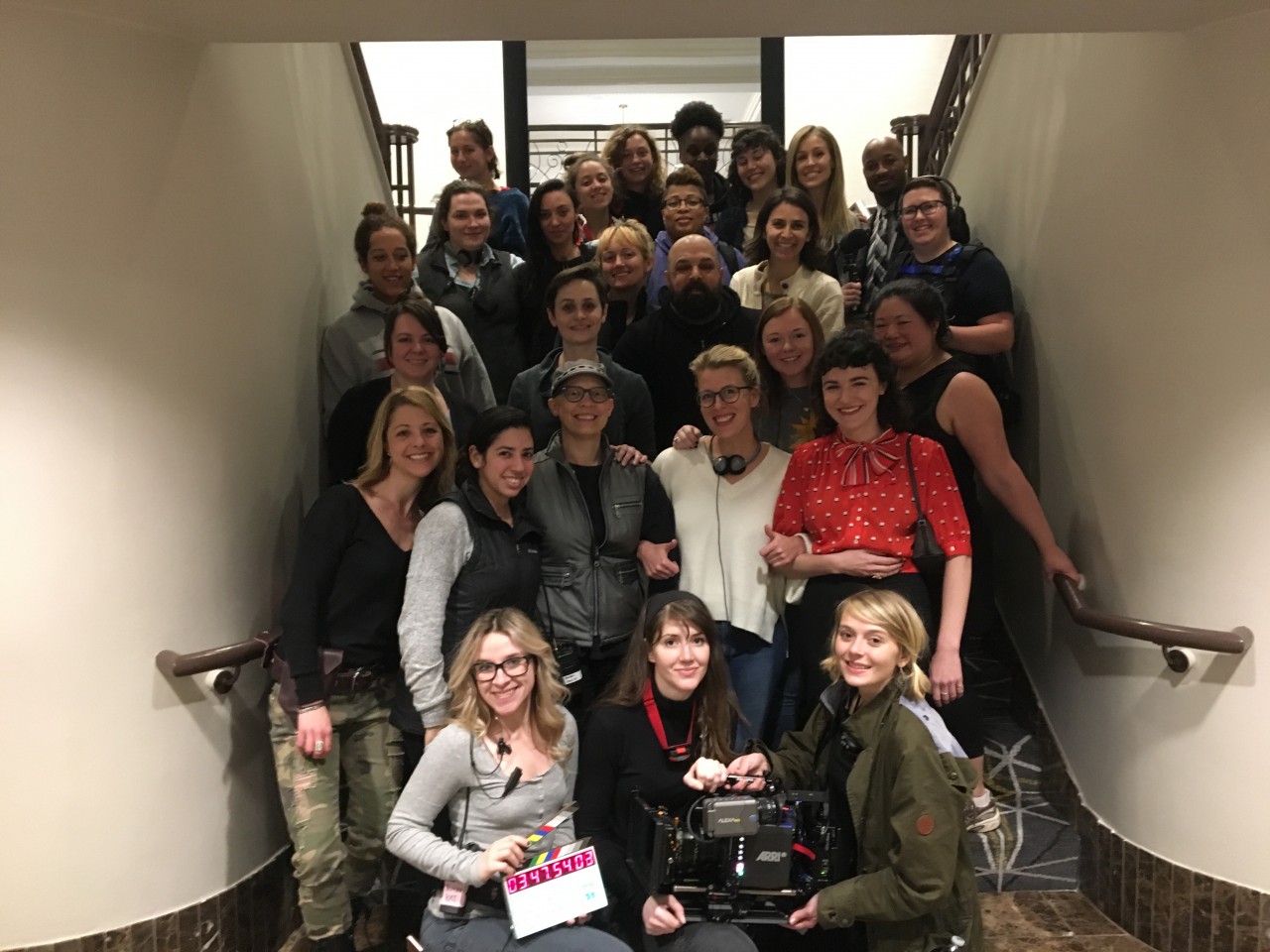 We thought with the choice to have an all-female team, we would make a statement and effect the women involved but we were blindsided by the profound effect it had on the 2 male actors on set. Let’s face it, they are rarely (if ever) outnumbered on set and were therefore the minority on LAMB. I will never forget when one of the actors pulled me aside to share how thankful he was for this opportunity. He now understood what it must feel like for women on set, daily being drastically outnumbered and surrounded by men. A quote from a later email:

“Working on Lamb, alongside a talented all-female crew, was a transformative experience for me. It was a first in my 25-plus years working in the industry, and shed a revealing light on just how male-dominated the business is and just how much things need to change.”

OK- maybe we did make a point through this little experiment. We know there are great guys out there that want to see and be the change, we just have to help more men understand the depth and effects of this inequality. 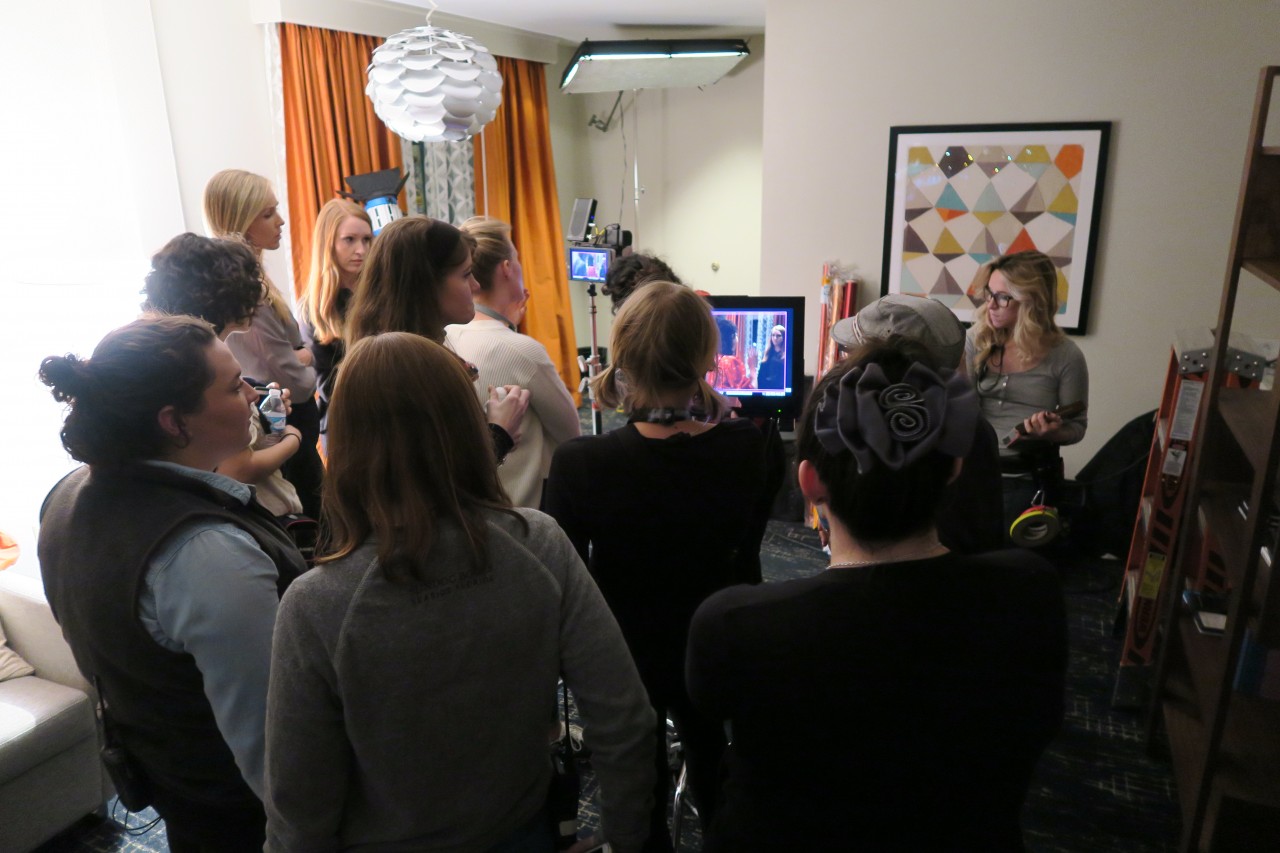 Would We Do it Again?

Our takeaway is it is all about balance & what best services the story.

To be fair, in the same way we fight for the female perspective, we need the male perspective too. For example, I currently have a sports film with all-female writers, producers, and director and I have insisted at least our editor or DP be a man. To clarify, I believe the best person for the job should get the job and in this case, a man in one of those roles would be the best fit to maintain the balance needed to best serve the story. We are storytellers and therefore story should be at the heart of all we do.

An all-female crew is appropriate when the story demands it so stop, listen, and always make sure your process reflects your message. That was LAMB. 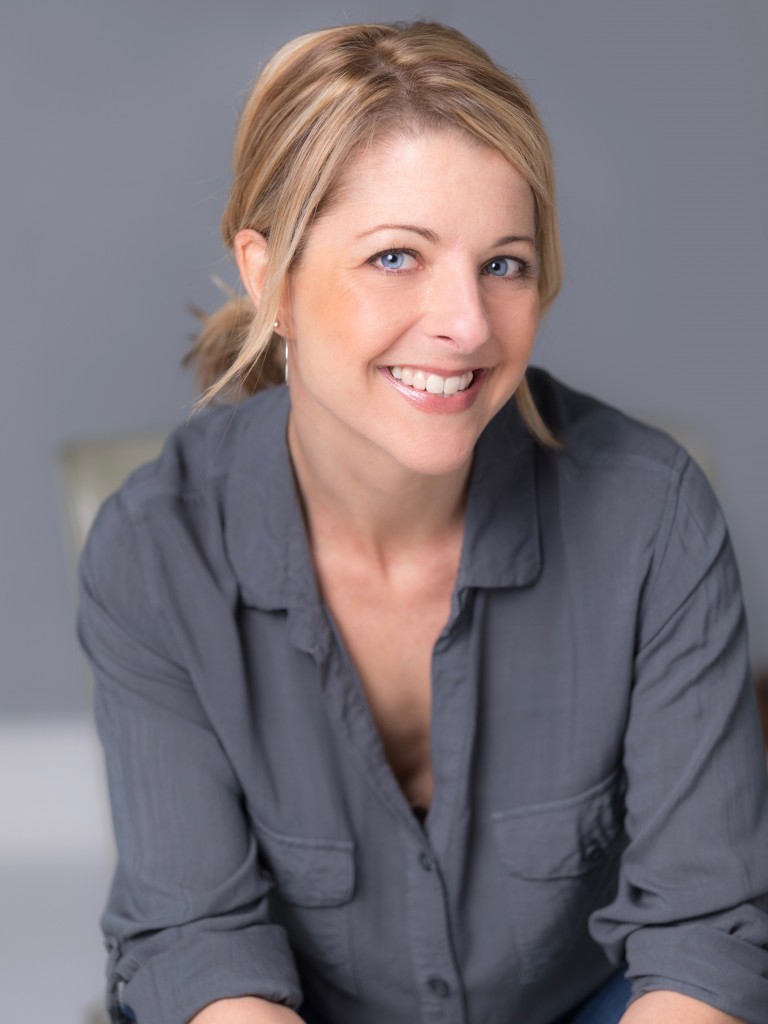 Sara Elizabeth Timmins established Life Out Loud Films in 2008 to create quality, inspiring impact films that champion women. Her films have been seen in theatres, HBO, The Hallmark Channel, Starz, Showtime, and internationally. She has worked with talented actors like Jane Seymour, Ellen Burstyn, Chris Cooper, Josh Lucas, and Mackenzie Foy and writers like NY Times Best Selling Author David Baldacci. Most recently, she field produced the HBO docu-series McMillions for Mark Wahlberg’s company which premiered at Sundance 2020 and is in development on several feature films and series.

She is committed to helping educate, inspire, and motivate filmmakers through No Film School. No Trust Fund. No Problem and produces through her company Life Out Loud Films. Connect with Sara Elizabeth and learn more about Life Our Loud Films on Facebook and  Instagram 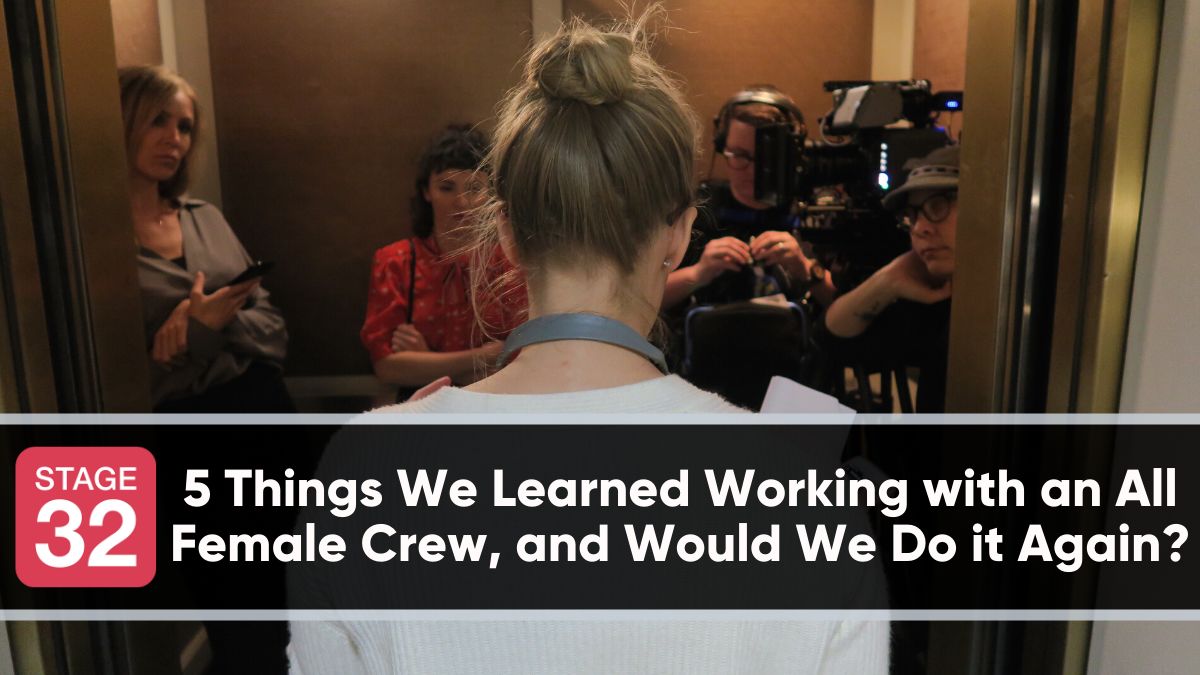