Walt Disney said, "Animation can explain whatever the mind of man can conceive," and in our ongoing mission to discover new talent from all over the world, Stage 32 is thrilled to announce our inaugural New Voices in Animation Screenwriting Contest!

Ever since a feisty little cat named Felix first made his debut on the silver screen over 100 years ago, animation has been delighting audiences across generations and all over the world. Whether the hero is an intrepid mouse, a foul-mouthed ogre, a space ranger, a spinach-munching sailor, or a beer-swilling Simpson, there is perhaps no greater form of escapism than animated features and TV series.

And now, thanks to the successes of instant classics like SHREK, TOY STORY, THE LEGO MOVIE and SPIDER-MAN: INTO THE SPIDER-VERSE, and daring TV satires such as RICK AND MORTY, BOJACK HORSEMAN, ARCHER, and BOB’S BURGERS, the wonderful world of animation is more exciting, diverse, and in demand than ever!

While the pandemic has been an obstacle for live action production, animation alone has remained quarantine-proof! Animation production has not slowed, and that is why studios, networks, financiers, and literary representatives are clamoring for scripts of all genres that can be animated! There has never been a more ideal time to write for animation than right now.

for both Features and Television!

Remember that Animation is a format not a genre, so whether you have a whimsical feature ready to tickle audiences of all ages, a darkly clever pilot that dares to make the kind of commentary that only animated series can, or a concept that will dazzle the eye and awaken young minds, this is your time to shine!

We have an incredible panel of judges and industry mentors who specialize in animation and have contributed to prolific projects from companies including The Walt Disney Company, Pixar, Cinemation Studios, MGM, Warner Bros., Bento Box Animation Studios, Netflix, and Chatrone Management!

Every judge in this esteemed group is at the top of their craft, and they are actively looking to support and champion the voices of new writers and new animated material!

Martin Reese learns he is the WINNER of the Microbudget Horror Script Contest! 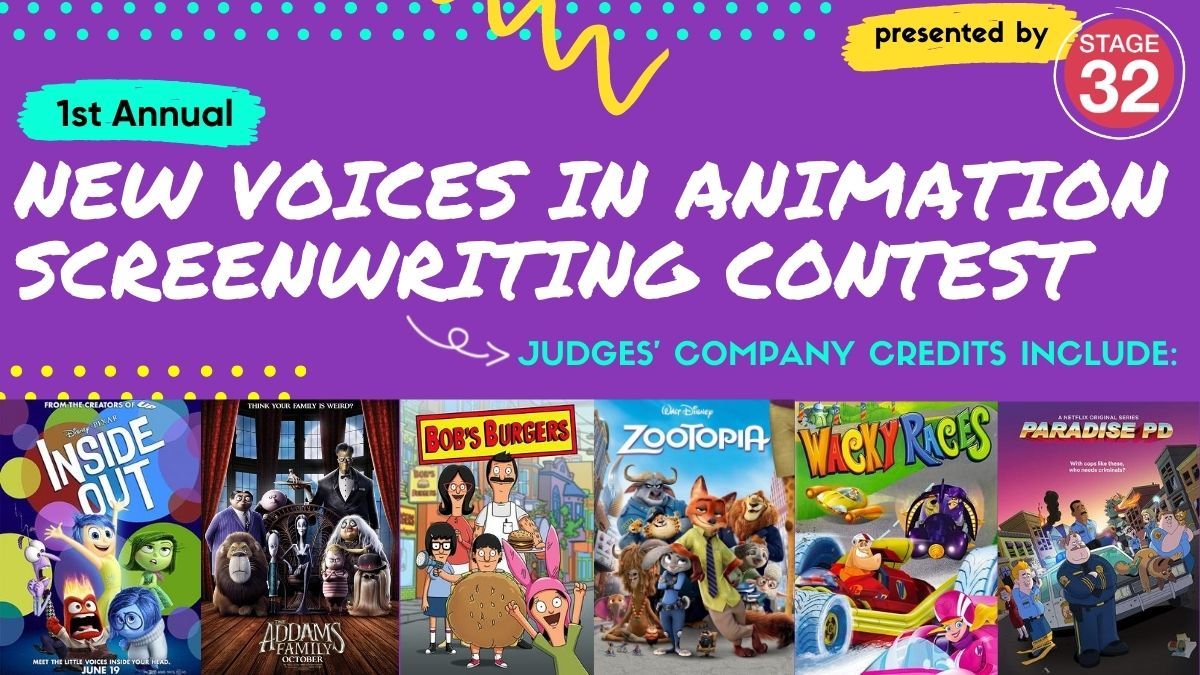