Today we open up our call for entries for the Third Annual Stage 32 Short Film Contest. We hear all the time from many of the 500+ executives we work with here at Stage 32 that short films have become a huge part of their recruitment model when searching for new talent or ideas which can be stretched to feature length. Over the last couple of years, we’ve polled thousands of filmmakers who are members of the Stage 32 community and asked them what they most need to move the needle on their careers. Of course, the first answer was money! But the second answer was access/exposure/distribution. This, we can help with.

We are proud to open up our call for entries for the Third Annual Stage 32 Short Film Contest. Last year's contest produced entries from Stage 32 members in 42 countries and resulted in a curated program of 7 incredible and well received short films (made by filmmakers from 4 countries). The short film program has been featured to critical acclaim in Variety and Indiewire.

The Stage 32 Short Film Contest gives you the opportunity to show your chops and shine by providing access to some of the top executives in the business and exposure to film festival and worldwide online crowds.

Exposure to Over 500 Stage 32 Executives

Grand Prize Winning Director Will Be Flown to LA for Screening

The grand prize winning Director will be flown to Los Angeles, CA for the Hollyshorts Film Festival and Stage 32 will host a Q&A with the Director after the film.

For 72 hours only we have a Super Saver Early Deadline to enter! Click here to enter!

Here's a note from our 2017 winner Lisanne Sartor: 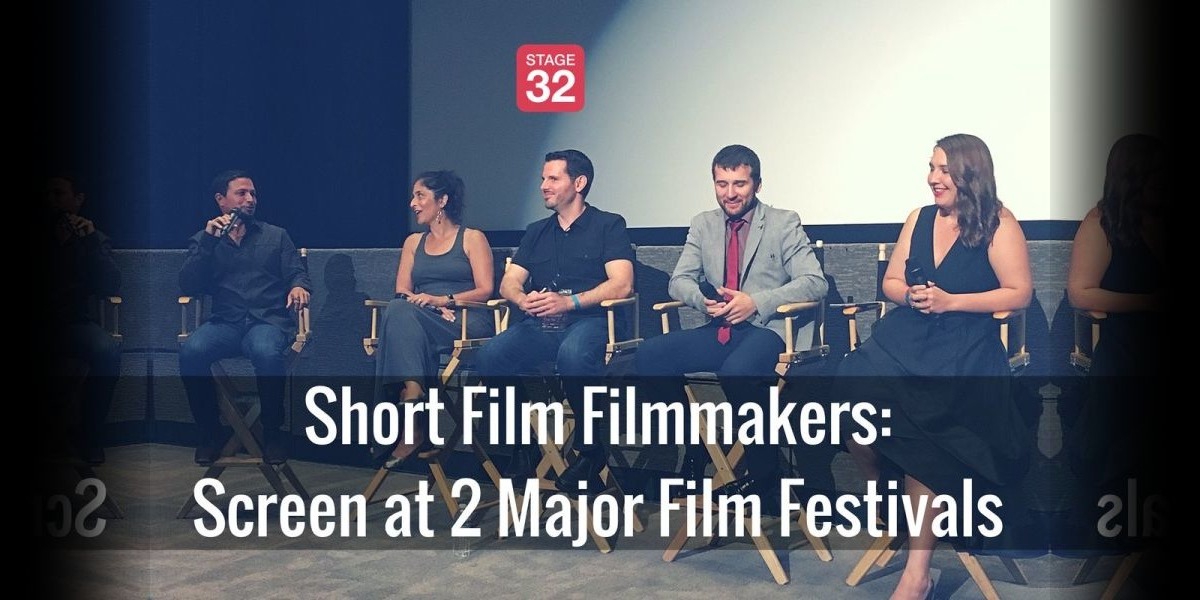