Breaking in with ‘Break Even’ — Part 4: Taking to Dry Land & Getting Airborne

Posted 2 years ago by CJ Walley 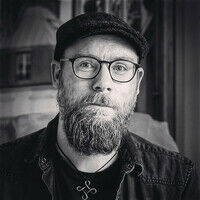 If you read Part 1, Part 2,and Part 3 of this series, then you know we're following CJ Walley, an optioned screenwriter who is working with a production crew on his first feature script, BREAK EVEN, which was written on assignment.

This last part of the series comes now that the shoot is wrapped. For CJ, it was a humbling journey on many levels. And while the shoot may be over, the true journey for BREAK EVEN has just begun.

In my previous entry, I was one week into witnessing the feature film BREAK EVEN being shot based on the script I’d written on assignment. I’m now back in Blightly over a month later and have only just about recovered. The first week was tough, incredibly tough, and I had no idea things would only get more intense, more exciting, and more exhausting in the weeks to follow.

We came back riding the waves like the subject of an action movie rather than the creators of it, the huge motor yacht having lost both generators, stabilisers down, and battling a the worst seas the captain had seen in thirty-five years. As objects flew from shelves, we still shot a bunch of scenes with cast members taking time to between takes to heave their guts up over the side. Despite it looking like we might need the coastguard, our captain wrestled us into Marina Del Rey and got the pig in the pen. 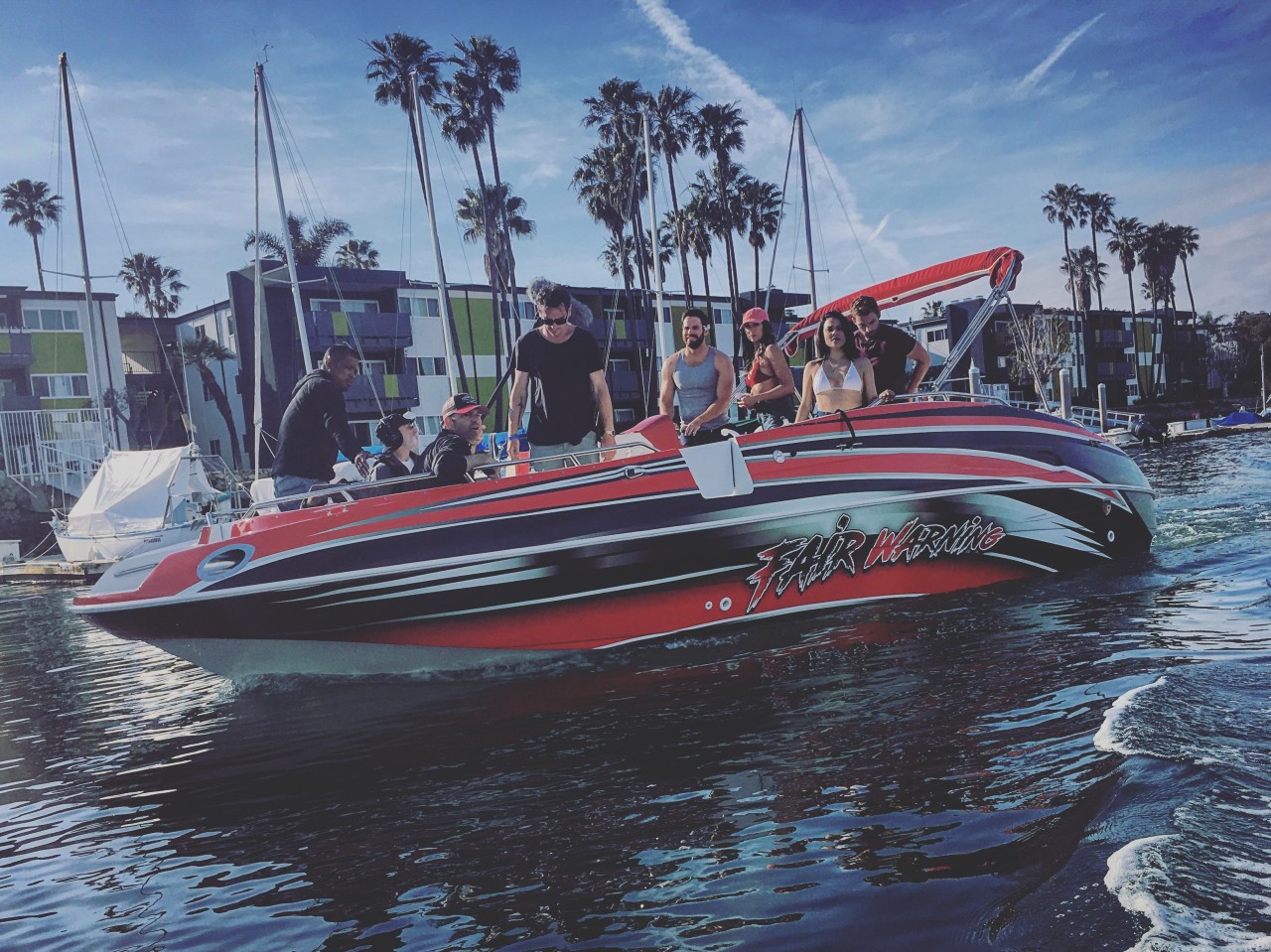 Our adventures took us to a Hilton hotel resort in Ventura where, for the first time, I got see production trailers roll in and, since we now had our feet on firm land, everything go up a notch in terms of production. We set out to shoot a sexy movie and boy did we do it. The increase in camaraderie continued and the team got stronger and stronger. When we all went out for tacos one night and I saw smiling faces forming new friendships and having fun, I found myself overcome with emotion knowing it was the script that had brought everyone together and this was the result of those long days writing alone on what felt like the other side of the World. 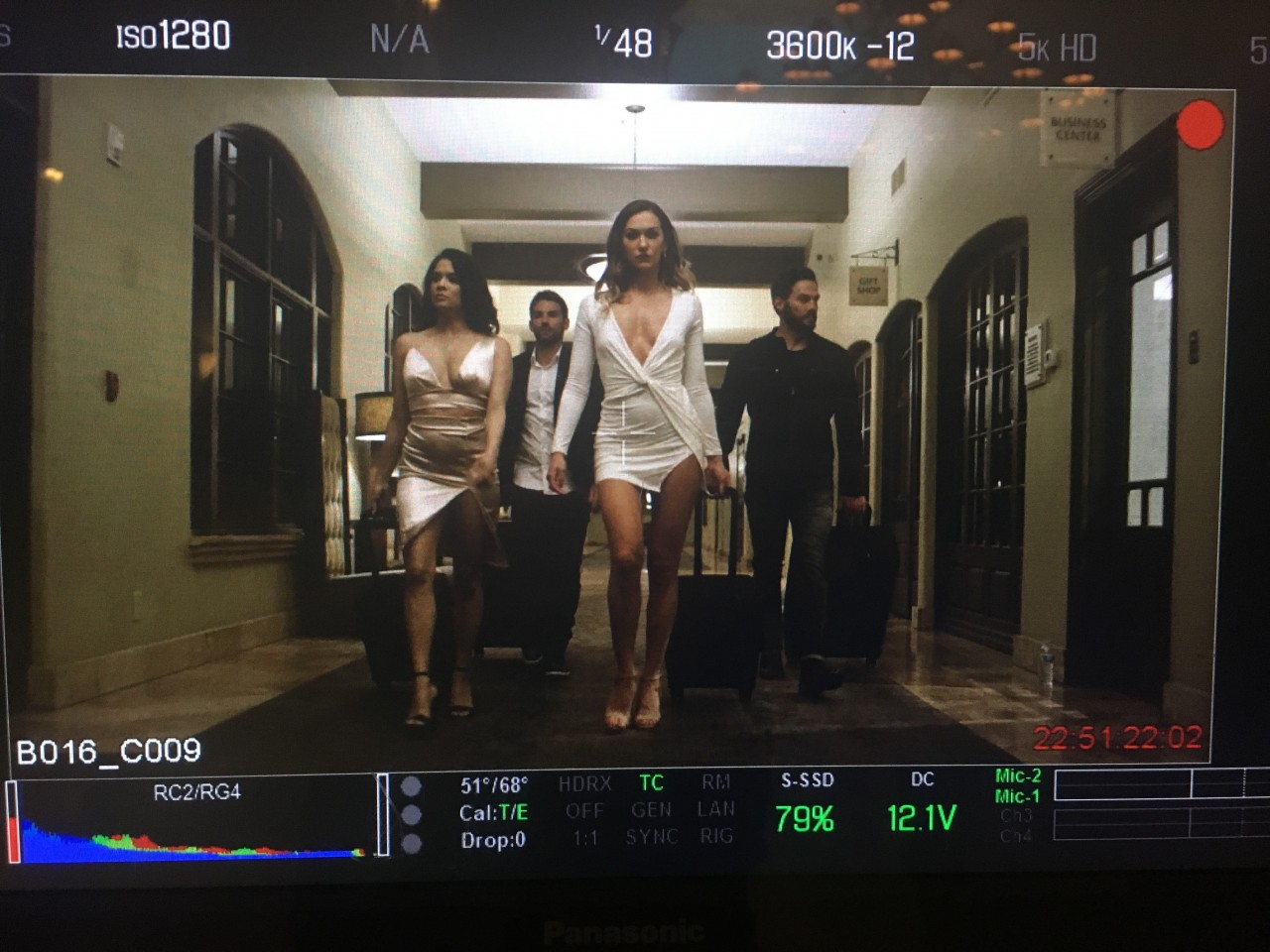 I got to fulfill some lofty dreams such as working with stuntman Casey Adams as he took our speedboat out for a shakedown with me on it. He then went on, under the coordination of industry stalwart Gary Hymes, to blow us all away by performing a stunt I never thought would be possible and had specifically written in as nothing more than a cutaway and sound effect. Our day players started to roll in too such Jo Reitman, fresh off the set of the Jay and Silent Bob Reboot and bringing some welcome brash comedy to the morning’s events. Curve ball after curve ball kept coming in but we knocked each out the park, such as the morning we woke up to find half the cast and crew had food poisoning and we still made our scenes for the day. 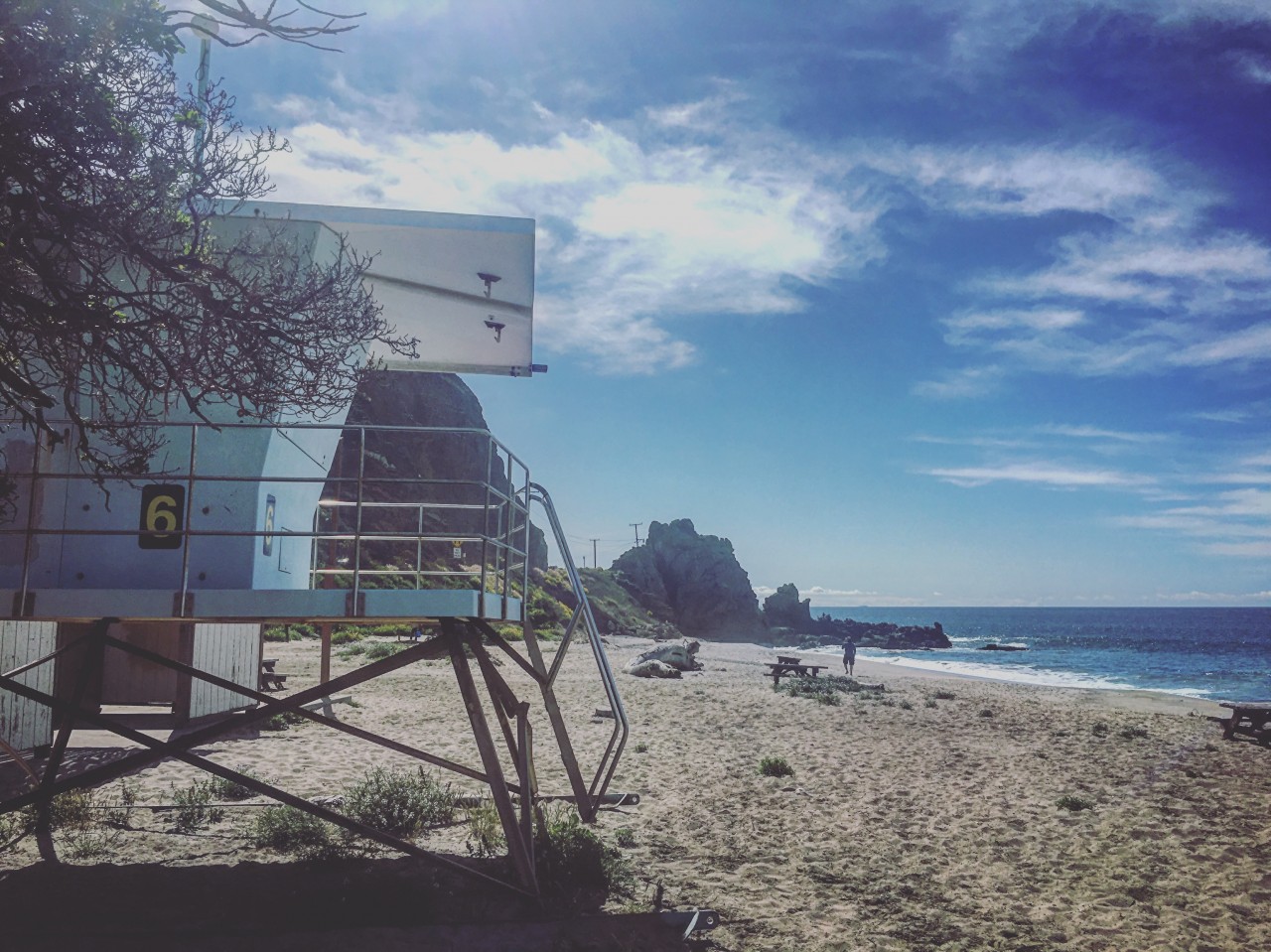 A beautiful view on a Malibu beach greeted us the following week and we shot into a glorious sunset that had everyone feeling blessed and present before getting our campfire scene in the can and moving company back into Los Angeles. By now I was used to working into the early hours, helping loading the grip truck in complete darkness, and occasionally falling asleep in front of my director. I was also now used to making script changes on the fly to help keep production on schedule, deal with sudden logistical issues, and get the best from our ever expanding cast. Killing your babies isn’t so bad when you’re creating movie.

In Van Nuys we had a back lot and production offices. Everything turned up to eleven as we made the most of a local cosmetics factory, car dealership, and our enormous green screen. More day players and stars visited including James Callis from BATTLESTAR GALACTICA who instantly placed my regional English accent to the exact city and put in an incredible intense performance beside Joanna Pacula, Tasya Teles, Ivan Sergei, and the gentle giant that is Bruno Amato. Everything got a little surreal when shooting a salvage yard scene with Mo Gallini while bands practiced for Coachella next door. When the bass got too loud, one of teamsters walked into the studio to find the headline act in question actually recognised him and were more than happy to turn things down so we could shoot. It’s true, the teamsters run Tinseltown.

I became star-struck for the first time on the day Steve Guttenberg came to play a character within the workshops originally used for PIMP MY RIDE. Surrounded by glistening muscle cars, my childhood hero looked me in the eye when I shook his hand and, with all sincerity, told me, “Great script. I particularly love the pacing.”

He was outstanding every time action was called and, after a long but fun day, hugged me tightly when it was over. At one point, he suggested we add a beat to a scene but it required a powerful line. All eyes turned to me and, despite probably staring back like a deer in the headlights, I delivered one I’m very proud of. 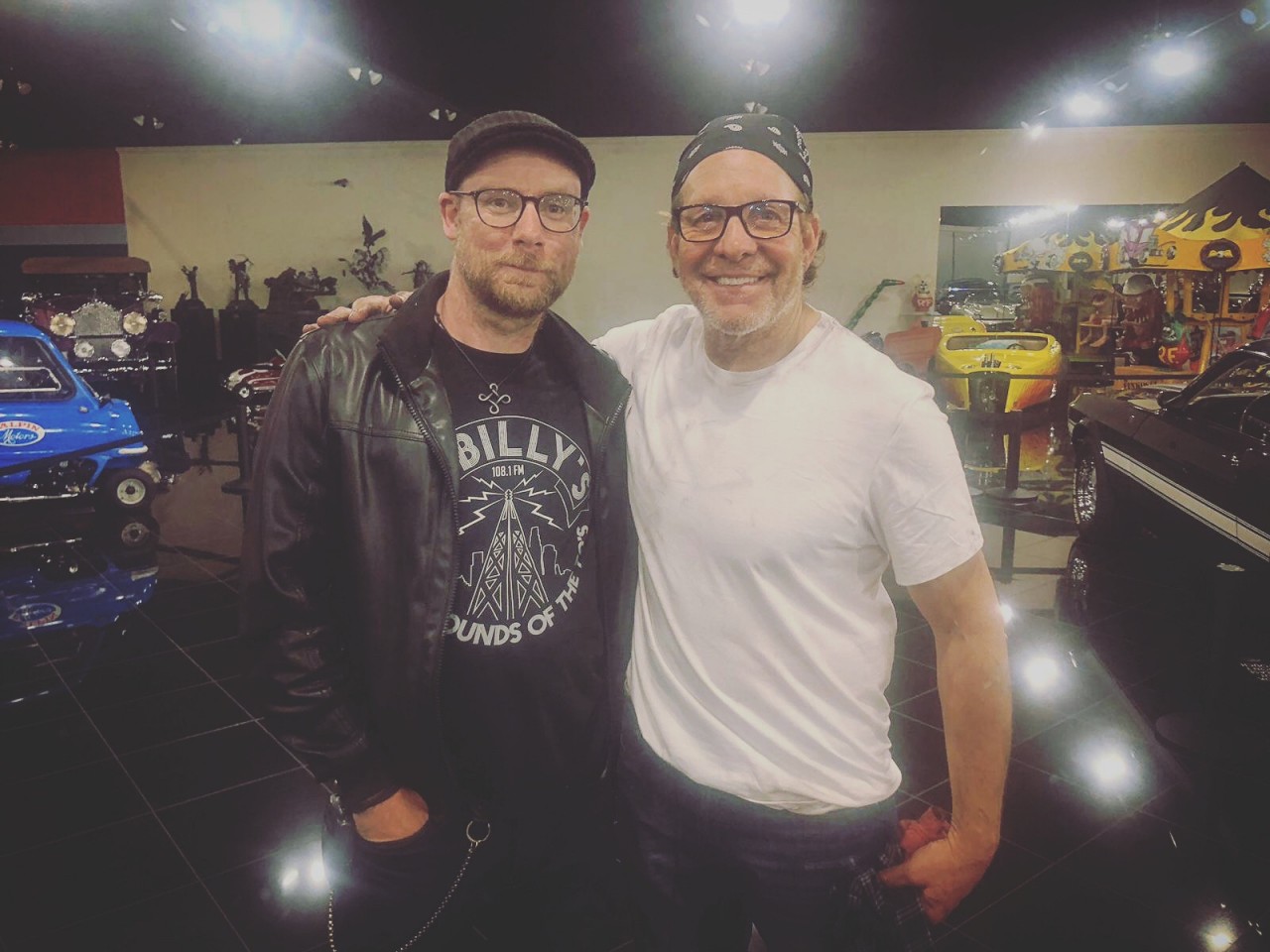 The very next day, we went on to shoot a scene I’d partly written six years ago and incredibly special to me. I couldn’t have gone any better and I fell in love with Crystal Lee’s interpretation of the main character. Everyone kept bringing their A-game including our crew who made every location and shot look and sound like something from a summer blockbuster.

Another big personal goal was fulfilled when we headed into the desert and I got to work with Tom McComas on my first car chase featuring female stunt performers Susan Purkhiser and Tegan Hammond  — anyone who knows me will tell you getting female stunt performers work and flipping gender roles in a huge part of my motivation as a writer. This is a day that started low when our hero car’s alternator caught fire on the first turn and took the sky when we all stood, jaws on the floor, watching a Ford Raptor fly through the air above us. We wrapped a week later atop of a parking structure in the morning mist trying to beat the sunrise, and we did it, we just did it, we shot a whole freaking action thriller in what felt like the blink of an eye. 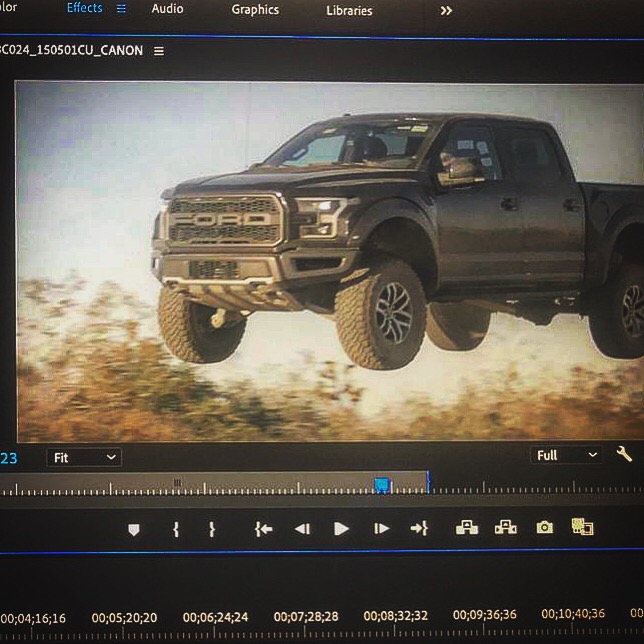 Sadly, I can’t give a shout out to everyone both in front of the camera and behind it because it would probably crash the Stage 32 server. Over thirty credited cast members and over seventy credited crew members making up a brigade of over one hundred artists who took the seas, the land, and the air following the lead of our incredible director Shane Stanley to turn what was in our mind’s eye into something better than we could ever imagine. 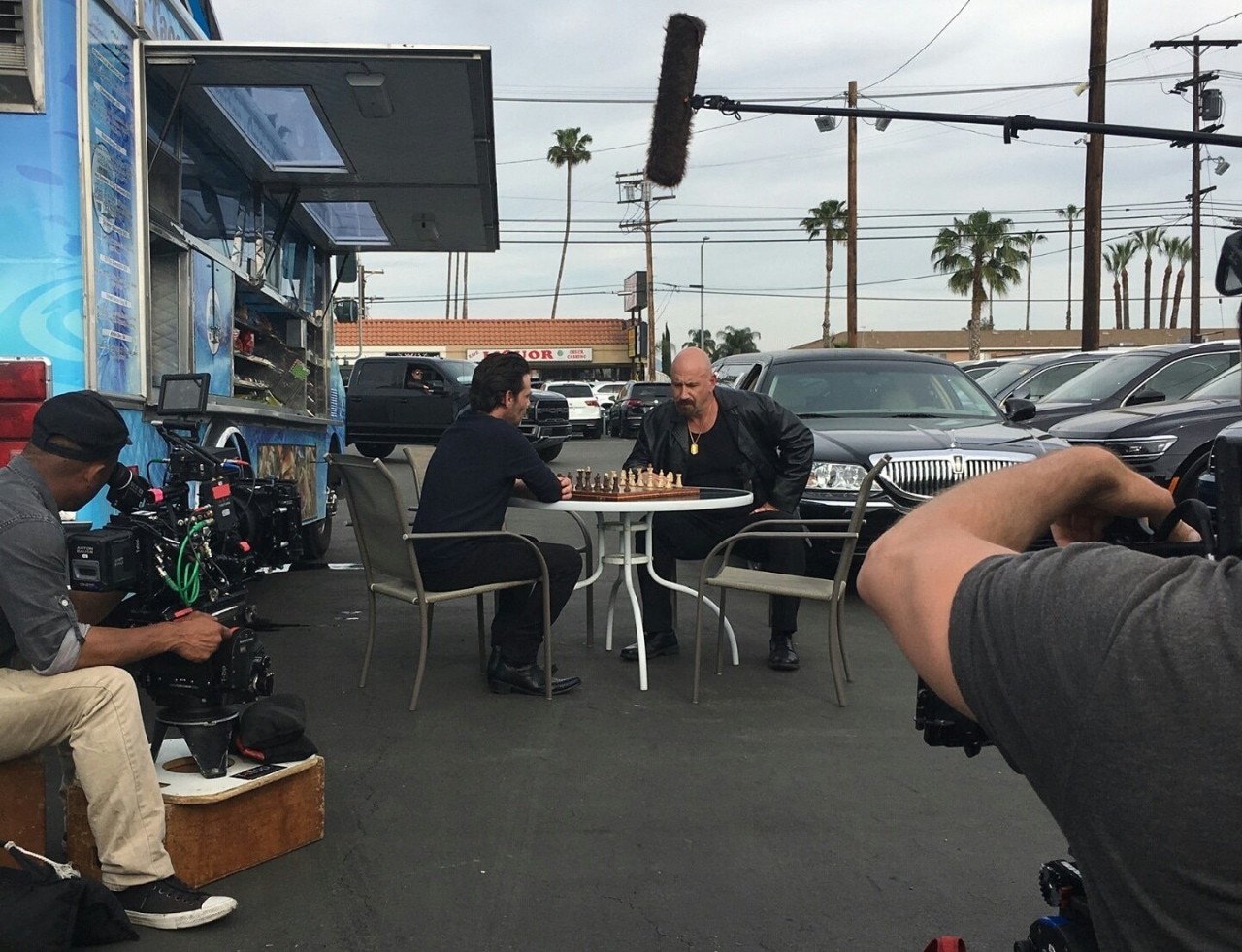 Every screenwriter is right to dream about doing this because it genuinely has been one of the most awesome experiences of my life and one that caused me to cry with happiness on a daily basis. I may still be barely recovered physically, mentally, and emotionally but I can’t wait to jump on a plane and go do it all again for another six weeks. I know the struggle trying to break in as a screenwriter is hard, really hard, but keep learning, keep crafting, and keep enjoying putting those stories on paper every day you can because I’m proof, even when the gurus say you suck, even when the rules say you’re doing it wrong, and even when you’re 6,500 miles from the action, you can still write your way into Hollywood and give yourself that beautiful third act you need. 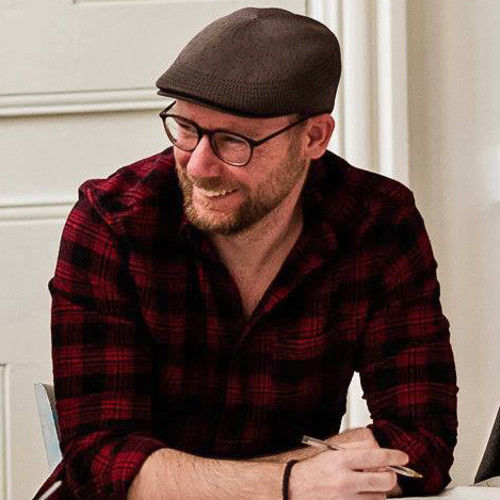 CJ Walley: I’m here for the gritty movies, the rebellious movies, the b-movies, those features that are here to be good old fashioned entertainment and pack a punch that’s a lot harder than their budgets would suggest.

I love pulp and exploitation, I like car chases and gunplay, but I also love depth and themes that resound with viewers at the core of their being. I like dialogue that crackles and has weight behind the words. I love scenes that twist and turn as characters vie for power or fall for each other.

2012 was the year I started writing and it’s been a hell of a ride. Following one of my first scripts being featured by Amazon Studios, I’ve been cutting my teeth writing shoestring budget short scripts and giving them away to up-and-coming filmmakers. Now I’m here for the independents and timing couldn’t be better. We need a goddamn uprising and I'm helping drive it with a recent feature script option in Vancouver and another feature in pre-production in Los Angeles.

I write what I call nextploitation; hard-hitting, in your face content with a nod to the past and one eye on the future. I’m talking progressive values mixed with nostalgic hedonism. My twist? I write female characters, often as leads, that don’t suck. I do this because I care deeply about my characters being the real deal.

I’m all about the craft and all about the love. It doesn't matter to me if it's Tarantino or Twilight, I always look for the good in everything. I’m not here to take centre stage. I’m here to knuckle down and prove myself in the hope the teams I join go on to grow with our audience.

I’m all about helping change the industry too, in any way I can and for the better. In 2016, I started the script hosting website Script Revolution, offering the same benefits of sites such as the Blacklist and Inktip but with none of the costs.

That sound cool? If so, let’s talk.

(Learn More about CJ at: https://cjwalley.com/) 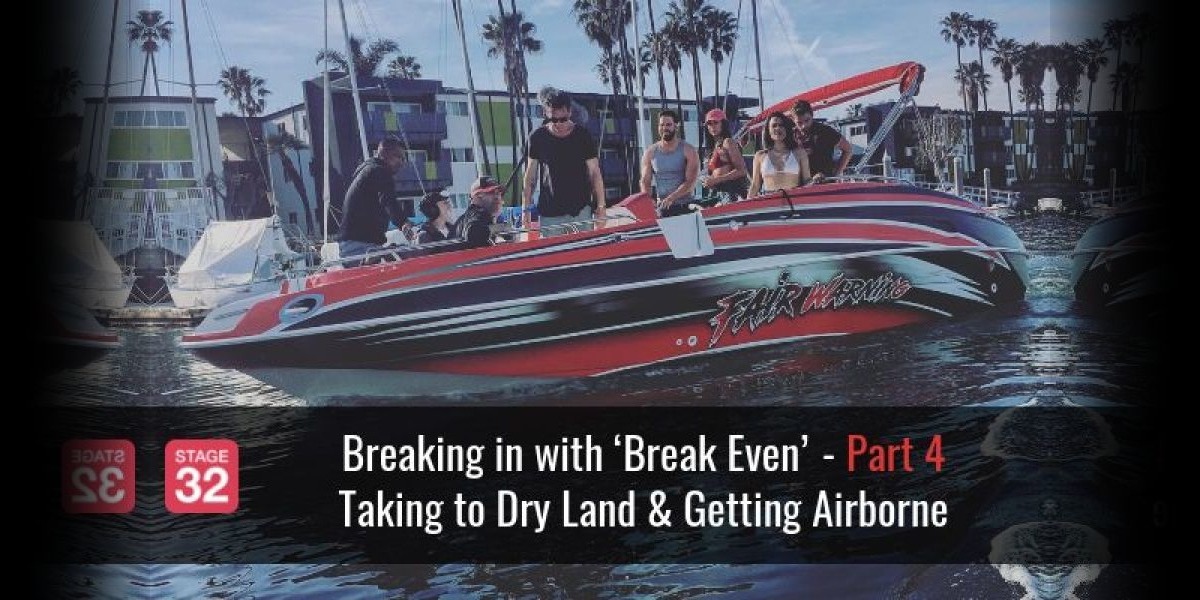 There are now 2390 blog posts for you to enjoy. Search them all by tags below. 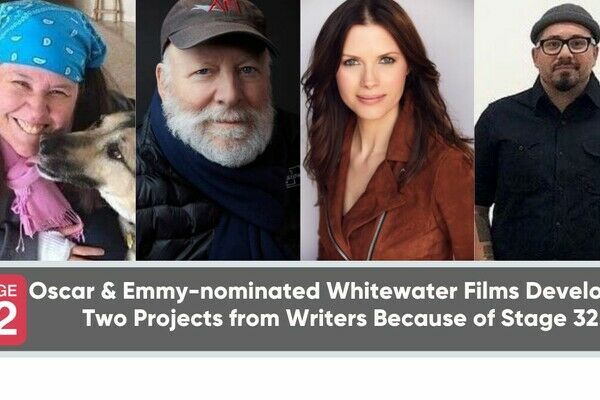