Camera Update by PlanetMitch - Pick The Right Tool For The Job! - January 2016

Posted 6 years ago by Mitch Aunger 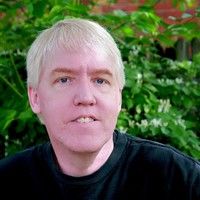 For those of you who may not yet know me, I hail from the universe of planet5D and I am the legendary planetMitch - the only guy who can claim he is his own planet! Actually, I make a lot of jokes with this 'planet' thing but it is just a little fun that hopefully gets you to enjoy what we're doing and not think of me as some boring old gas giant about to die out in a blaze of a supernova.

The team at Stage32 invited me to be your guide thru some of the events going on in cameraland on a monthly basis. You see, over at planet5D, we cover a lot of things related to photography and filmmaking. We spend a lot of time looking at gear. There isn’t enough time in the universe to watch everything, but we try to be aware of trends and help guide you thru them.

So what's going on in the camera market?

And you know what, it is damn confusing!

I swear there's a new camera coming out every day! And I know if it is confusing to those of us who are reporting on these things, it must be incredibly confusing to the rest of you on the planet.

It is also especially confusing now that we’ve got several different groupings of cameras and each has its own features and downsides.

But before I go on a rant, remember that the main thing is to find a piece of gear you love shooting with and learn it! Know WHAT you’re doing and all the other gear stuff will work itself out.

So, in the old days, there were cheap instamatic cameras, and some consumer ‘rangefinder’ cameras (they only gave you an approximation of what you might shoot) and then SLRs (or Single Lens Reflex - meaning there was a pentaprism to send the image from the lens to the viewfinder. And then there were others too, but let’s not go too far down that path.

Now, there are smartphone cams, point and shoot cams, mirrorless cams, DSLRs (Digital SLRs), and who knows what else. And we’re not even getting into “video” cameras.

Profits down! Recently, Canon announced a big drop in their profit… something like 23% for the quarter. Other brands are reporting similar issues. The biggest issue? People aren’t buying as many cameras as they used to - they have their smartphone to save the day and it is ALWAYS with them. That doesn’t mean DSLRs are going away, but the manufacturers are going to have to be smarter about what they’re making.

Most people believe the ‘point and shoot’ camera market is pretty much dead. Money is moving into mirrorless cams and like I said, smartphones.

New cameras: I mentioned there are lots of new cameras constantly coming on the market. An interesting player in the game is the Light L16 - it looks like a smartphone but has 16 different lenses and sensors and they’ll be combining the information from 1 to 16 of the sensors into one image on the fly. It is a pretty fascinating concept and I actually pre-ordered one. They’re not expecting delivery until mid-year 2016 but you may want to keep an eye on the Light.

I dare you to classify the new Light L16 camera tho. Where does that beast get categorized? It isn’t a phone, it is mirrorless, but not a DSLR… aargh!

There are plenty of pro ‘camcorders’ also being announced. I’m talking video cameras with fixed zoom lenses. Canon has recently put out the XC10 which is almost as small as a DSLR and just this past week announced new cameras in the XA line. Tho “filmmakers” don’t buy these, there are segments of the market that still have needs to fill and Canon and others wouldn’t be putting out cameras they don’t know they can make a profit on.

In-body Stabilization: Sony and Olympus are moving down the ‘in-body’ stabilization path. And the tech looks really good. So instead of spending extra on each lens having its own stabilization, the sensor inside the body moves. To me, that seems much more elegant as a solution, but it has taken a while to get there.

I’m not sure whether Canon would adopt something like this unless it is in a ‘pro’ mirrorless camera (which they’ve yet to announce tho canonrumors thinks they’re working on one - and I predicted as much a few weeks ago). The problem is Canon makes a lot of money selling lenses - so I’m not sure they’re willing to give that up and put the tech in the camera.

We’ll talk a lot more about these technologies in the coming months here in this thread.

Be sure to ask questions on my stage32 profile as well.

So, here’s my latest rant… I HATE that they’ve divided the SLR into these Mirrorless and DSLR buckets (well, I think there are too many categories in general confusing the average planet guy but that’s a whole other rant).

For the vast majority of cameras in both categories, the ONLY real difference is that there’s no pentaprism in the Mirrorless category - making them generally smaller and lighter. They still do most of the same things that the DSLRs do.

From many that I talk to these days, there seems to be this pervading thought that because Mirrorless is ‘mirrorless’ that instantly makes it a ‘better’ camera. Well it doesn’t.

I can see that there’s some need to differentiate cameras in some way, but I’m not sure this is helping. Looking at other industries helps. In the spaceship industry, “you have your cruisers, your destroyers, your frigates and corvettes, your dreadnoughts, and all sorts of other roles” (excerpt from “On the Taxonomy of Spaceships”). They all have different looks as well as feature sets that set them up for different use cases.

Can the same be said for Mirrorless and DSLRs? I don’t think so. There’s only a tiny difference between them.

It gets even worse when we’re talking about using Mirrorless and DSLRs for video. When shooting video with a DSLR, the mirror flips up and essentially takes the pentaprism completely out of the picture. So in the case of video, they are virtually identical!

What’s important for you when you’re deciding on a camera is features. Much like picking a spaceship. You ask yourself a series of questions and that narrows down your search. “Do you need to haul lots of bulky items?” Then you need a frigate. And the list goes on.

So, the long end of my rant here is that it doesn’t really matter what “category” a camera falls into, it matters whether the features you need are included.

And don’t get me started on having to have the ‘latest model’ or paying ‘list price’ — maybe those are rants for a different month!

I know I’m failing here in my first post… I was taught that if you declare there’s a problem, you should always propose a potential solution. And I don’t have one here! Besides, I don’t think I can buck the manufacturers and the reporters - they’ve already labeled these things and there’s no going back.

Sorry, my post ended up just being a rant and a piece of advice.

I am excited to be here at Stage 32! There’s a phenomenal community here and we’re thrilled to be orbiting this planet (or is Stage32 orbiting planet5D? Maybe the Earth is indeed flat! (Let’s not go there!)). Looking forward to the next article. I'll see you next month! But in the meantime, if you have any questions, feel free to drop them to me in the Comments section below! I'll do my best to answer everything!