Do You Doubt the Power of the Pitch? How Pitching Through Stage 32 Creates Connections

Happy Post-Oscar Monday Stage 32 Crew! There were a lot of great moments during the ceremony and some very deserving winners. If you participated in our annual Oscar picks contest, I hope you did well.

I wanted to kick off this week with a great story I have been tracking for a while. It reminds us that every professional relationship starts with a pitch. For those who doubt the power of the pitch, take note of this story. It might just change your mind.

It comes from Stage 32 member Emily Aspland who has been a member of Stage 32 since August 2019. Emily has had tremendous success as a writer. “I come from a very working-class background in the UK and my stories tend to focus on women who come from similarly impoverished circumstances. I write mostly period drama - but the dark and violent kind, not the Jane Austen kind.”

And her hard work is paying off. She has won and placed in multiple competitions, including being in the Top 10 for the prestigious BAFTA Rocliffe TV Drama Award in December. But something was still missing for Emily. The industry connections!

She wanted to get her projects into the market but had no industry connections to speak of and was at a loss for how to acquire them. She explains, “I had just gotten my Green Card and was ready to start shopping my scripts, but as a new immigrant had very few connections in town.”

So Emily decided to start pitching her projects directly to producers, development executives, and literary representatives through Stage 32 Pitch Sessions. And the results have been astounding! “Stage 32 has been invaluable to me to bridge this void. Through doing 14 pitches, 13 [executives have] requested my script,” Emily said.

“From those 13 I've had several meetings with managers and development people who've expressed interest in working with me,” she continued. How is that for creating industry connections?

That success is not accidental. Emily has been strategic in her pitching strategy. “I'm finding that female industry peeps are way more keen on my projects than their male counterparts.” As a result, connecting with female development executives and literary representatives has been Emily’s focus.

Emily has even made some major connections at a prolific production company, which Emily wants to keep under wraps for the moment. (But trust me, it's a big one.)  “Thanks to Stage 32, I'm in touch regularly with [a female development executive at a major company]...I pitched her [my project], she read it - and two more of my scripts - and loved all my writing! But none of them are the right projects for [her company], so we're staying in touch as she wants to work with me on something in the future.”

And the support from this executive doesn’t stop there! “She's been reaching out to managers she knows to help me get repped too as that's mostly my primary focus right now.”

Moreover, Emily has connected with a major TV Lit manager at a company and just had coffee with her. In only a few short months, through pitching with Stage 32, Emily has gone from a writer with award-winning scripts and no LA film industry contacts, to a writer with award-winning scripts and a ton of new LA industry contacts! That is the power of the Stage 32 platform and the power of the pitch sessions.

Our mission is to connect writers with executives who can shorten their path to success. And as you can see from Emily’s story, the results are incredible. Emily is proof that if you do the hard work, are strategic in your approach to pitching, and nurture new connections, you too can find success in a very competitive business.

“I've had incredible success with Stage 32 so far, so thank you!”

Thank you Emily! Keep up the good work! Everyone, please join me in congratulating Emily for her new connections and continued success! 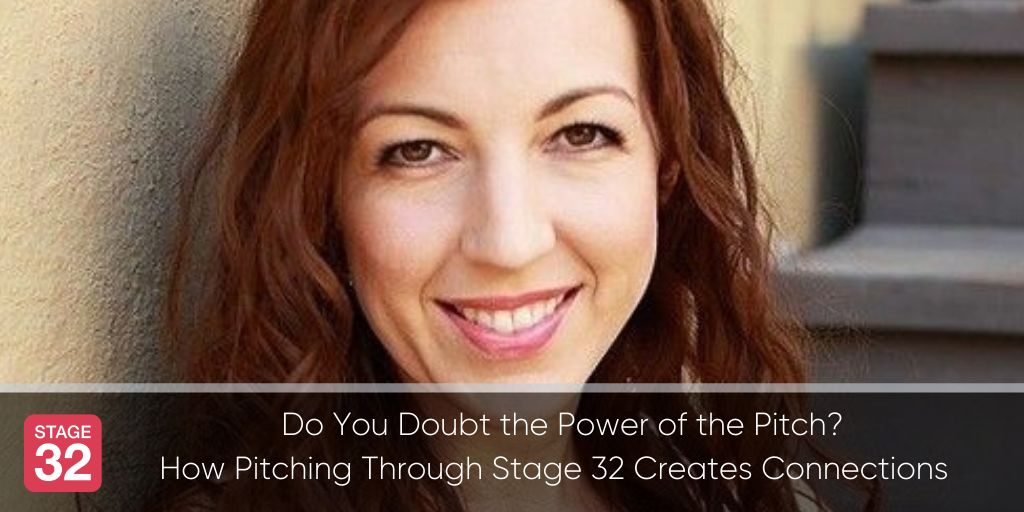