Richard "RB" Botto
Today's guest blog is written by longtime Stage 32 member Luis R. Quintero. Luis has had a wealth of experience in screenwriting, directing, editing and cinematography. He is currently working on his latest film, Guiltless, starring Anthony Pavelich, Ed Asner and Danny Trejo among others.

In today’s blog, Luis reminisces on the all-too-familiar hardships of making his way into the film industry, how those struggles have shaped him into the working filmmaker he is today, and how Stage 32 helped him make the essential connections that led to his most high-profile work yet.

Luis’ story is proof that great ambition and unwavering persistence are vital in such a competitive industry.
I thank Luis for his contribution to the Stage 32 Blog.

Upon graduating from UC Santa Cruz in 2004, I knew I wanted to work in the entertainment industry. However as many recent graduates soon discover, there isn’t a clear path and soon, that dreaded “what now?” question emerges. 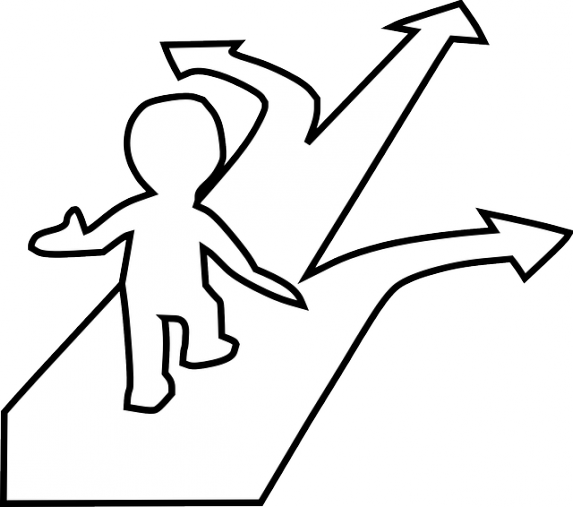 The logical thing to do was to find a way to get my foot in the door.

With that said, I polished my modest resume (which at the time consisted of one internship at a small startup film company) and knocked on the doors of every major studio in Los Angeles. I drove to the gate of [insert major studio name here], where I enthusiastically introduced myself to the security guard at the kiosk and told him, “Hi, my name is Luis R. Quintero and I want to work here. I have a resume ready.” The puzzled guard remained silent, pondering what to say as he looked me up and down.

After a brief moment, he broke his silence replying, “I can’t let you in and it’s too late to have you back up” (cars were piling up behind me). “So I’ll open the gate, and then you’ll come in, loop around, and exit. When you reach the corner, there is a box. Put your resume there.” 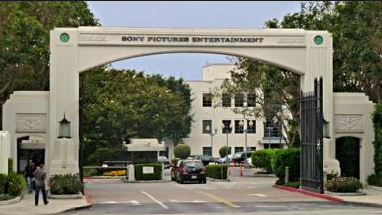 A rush of optimism consumed me. I was on cloud nine. Even though I was simply going to loop around the security kiosk and exit, I swear I heard a choir of angels sing as those gates opened.

Following directions, I made my way towards the box. But upon reaching the corner, there was only one box in sight… and it was labeled “TRASH CAN”. I looked back at the “helpful” security guard, who was waving at me with a facetious smile running from ear to ear. Welcome to Hollywood.

At the time, my heart sank. And yet in retrospect, it was the best thing that could have happened to me. Not because I’m masochistic, but because that experience proved that I needed to be 100% sure this was the road I was willing to take for at least the next ten years… 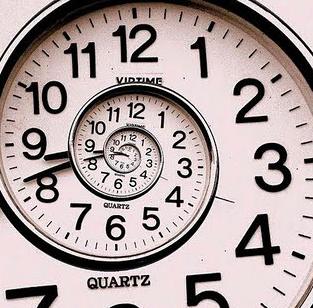 Like many of you I have no ties whatsoever in Hollywood. I was born in the San Fernando Valley and grew up in Pacoima, California. Pacoima is known for two things - Ritchie Valens and gangs. Crime is very high in that area. In fact, just a few weeks ago, a woman was stabbed to death and dumped across the street from the local police station. That is just a few blocks away from where my parents had their house.

Growing up in that area, I saw it all, from kids (ages 4 to 6) pedaling drugs, to drive by shootings. I stayed out of trouble by burying myself in academia. Plus, I had a very strict Mexican mother of whom I was deathly afraid. As you can imagine, a frumpy, disrespectful studio security guard was a walk in the park.

After this, I restructured my approach, and a few weeks later I was offered an intern opportunity at Universal Pictures. A few years later, after working in the industry as an assistant to a director, a producer, a creative executive and an Oscar winning editor, I realized that I needed to leave the assistant role and actively pursue writing and directing. It’s true - if you want to write, write. If you want to direct, direct. Nothing is too small and you can only get better. You never know when a small project will become the next “big” thing.

In 2006, my film La Hora Del Té (Tea Time) premiered at the Los Angeles Shorts Film Festival. Tea Time was made for $400 and was showcased along with other films made for $50,000+. I can never truly express that small taste of success - that feeling I had when our film first played on the big screen. All I knew is that I was hooked and I needed to do it again. 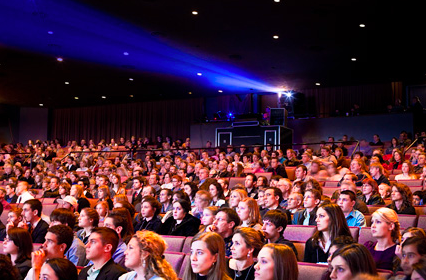 Tea Time opened new opportunities. There were offers to be the director of photography or the editor on multiple independent projects. Some were great, some less than stellar. I was fortunate to work in creative environments doing pilots, web series and promotional videos, as opposed to being chained to a desk.

But years went by when it suddenly hit me - I was neither writing nor directing. Sure, steady cash flow is great, but I value time more than money, and time well spent is invaluable.

In 2014, I refocused my energy toward my original goal by submitting a screenplay to Universal Pictures’ Emerging Writers Fellowship. I was one of the thirteen finalists from a nationwide search. Although I didn’t win the overall competition, it was an unforgettable experience and I met some great people. Plus I came full circle from my internship 10 years prior.

After the fellowship, I knew I had to direct something new to show. It was time to rally our band of gypsies, Pedro Avila being one of them. I found Pedro on Stage 32 two years ago as I sought a DP to help with a small production. It turned out Pedro and I went to the same university (UC Santa Cruz) at the same time and yet we never met each other there. We immediately hit it off and established a wonderful Director/DP relationship. His gifted eye and work ethic is second to none.

The other gypsy was María Margarita López, a newly recruited Stage 32 member. María and I met through a mutual friend and became writing partners on a side passion project. Her attention to detail and story sensibilities was a perfect fit to our band.

Between Pedro and María, I knew this project was going to be special, but I had no idea what the project was going to be until a friend, actor Anthony Pavelich, approached me about directing a two-person scene he called The Renewer. I made an immediate connection with the Isaac character and asked Anthony if I could further develop Isaac. I felt there was a new world waiting to be explored. A few weeks later, the film Guiltless was born.

The pull toward Isaac emerged because I grew up believing that a person is destined to wander in limbo until he or she finds resolution. Some associate this belief with the Last Rites, common in Catholicism. I asked myself: “What if an average person had the power to perform the Last Rites?” 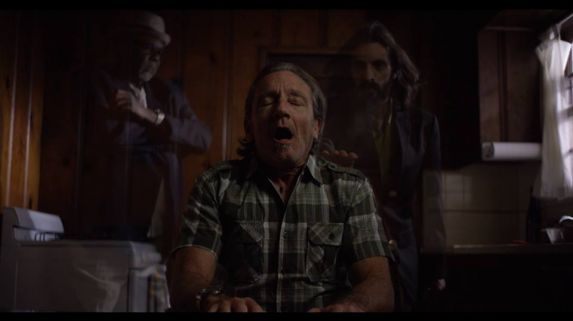 Six months later we were in production with Ed Asner, Harold Sylvester and Danny Trejo. I knew I wanted to direct Guiltless with name talent, but let’s face it, Hollywood is a tough nut to crack, especially when you have no ties to the “inside.” Fortunately, the talent and crew that committed to this project did so in part because I could show them work I did over the last 10 years.

Thank you RB and the rest of the Stage 32 family for creating this wonderful artist platform.

As always, Luis is available to answer any of your questions or remarks the Comments section below... 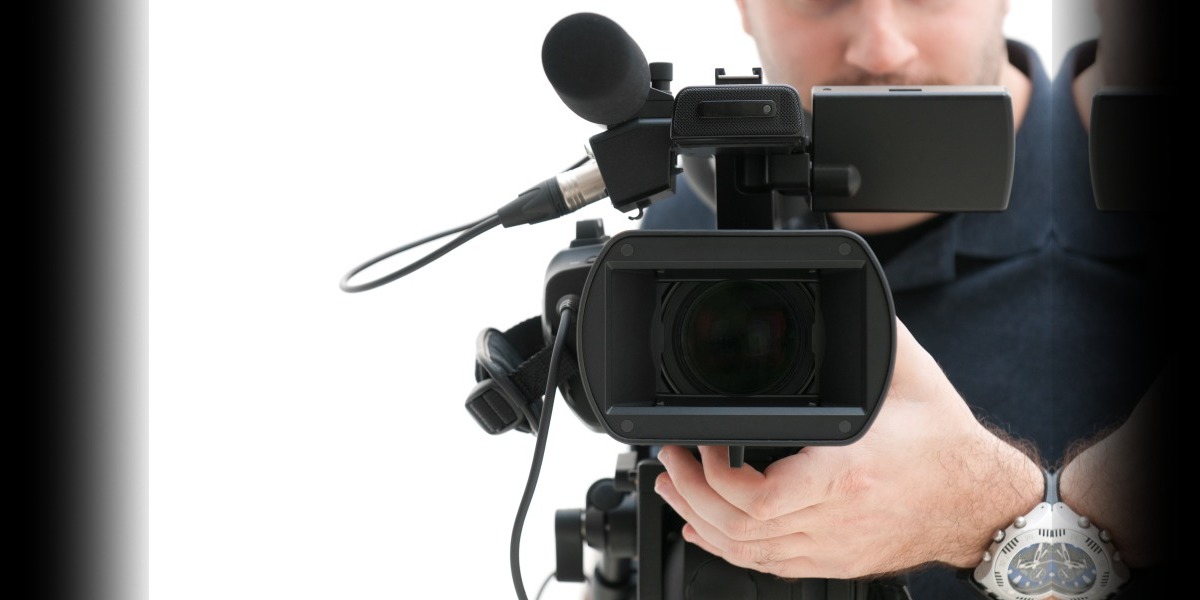