The August 2015 edition of the On Stage With RB webcast was a smashing success with over 3 hours jam packed with information! It's now available on-demand for you to watch for FREE!

RB’s first guest Joe Bohn (1st AD) talks about how it’s vital to behave on set in order to make for a positive on-set environment. He breaks down what, in fact a 1st AD does on set and that you have 2 bosses – a director and a producer. They discuss how everyone on set has an opinion, but it’s how you phrase your communication that makes you a professional and helps you get called back for jobs. Joe talks about networking and why it’s important to learn all the disciplines on set so you can understand each position and gives advice on the business now.

Take away from Joe: “’No’ should be in your vocabulary to a Director.”

After Joe’s interview RB brought on James Kicklighter (Producer and Director) to chat about how networking is crucial to a creative. James talks about what to keep in mind when you’re looking to submit your film into a film festival and how short films are a great proof of concept for your potential for a feature. James goes over longevity of your career in the industry – it’s about treating each of your films as their own brands or products and what are the tangible steps that you are going to take to get there.

Take away from James: “You don’t want to spend $10k on a short film and have it sit on your hard drive.” 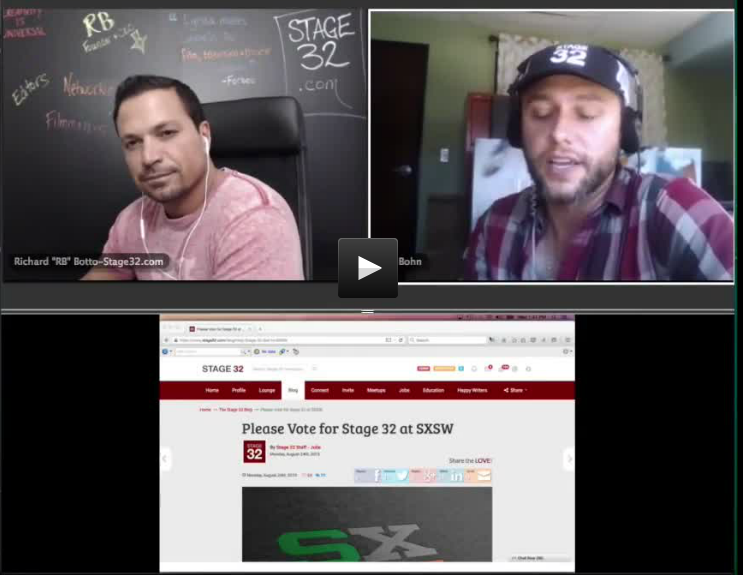 Then, for over 2 hours RB answered questions that came in from over 2,000 Stage 32 members from all over the world including: