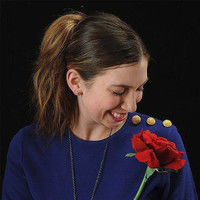 And yes, I did say thousands. I’m fairly certain that’s not an exaggeration.

As a writer, I’ve learned I’m a lot like a sponge. I need to absorb content in order to be able to pour it out into my work in progress. When I’m watching procedurals, I’m seeing what works, and what doesn’t. I hope that if I have the chance someday, I can produce content just as good, if not better than, the shows I’m watching.

That being said, I’ve seen a lot of very common mistakes in crime fiction. One issue in particular actually could, and probably has, had serious implications in the real world. Over the next little bit, I’ll be talking about some of the most common crime fiction mistakes, where they came from, and how to avoid them. 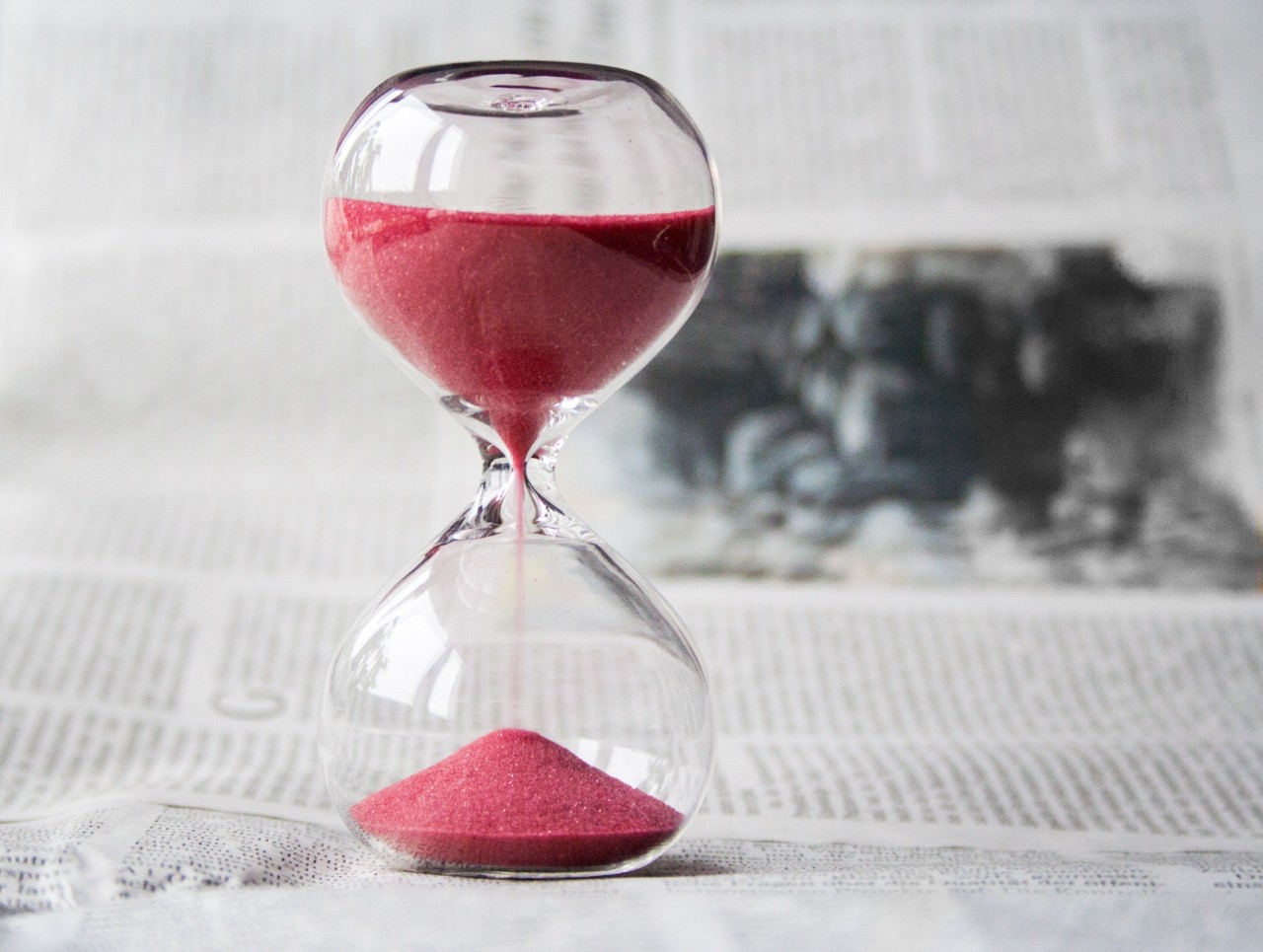 Let’s look at an example of how this is used.

The Psych episode “Shawn vs. the Red Phantom,” provides an example of how the 48-hour rule tends to be used

When a worried mother tries to file a missing persons report on her 18-year-old son, the police’s hands are tied due to the “48-hour rule.” But instead of turning the woman away, Detective Juliet O'Hara calls in the show’s private investigator, Shawn Spencer, and asks him to look into it. We find out that the detective “breaking the rules” to investigate was the right call, because the kid--and others--would have ended up dead instead.

The 48-hour rule is often a trope that’s used to cause a problem that the investigators must overcome. It’s a hiccup that helps carry the episode from act to act. But this trope is completely false. It’s important to report a suspected missing person as soon as possible. 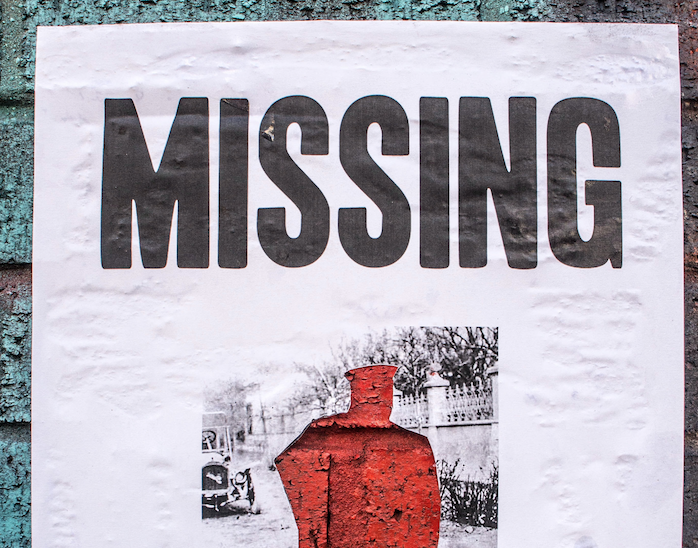 Why should you, or your characters, report a missing person as soon as possible?

Sometimes, evidence is time-sensitive and the sooner it is cataloged the more helpful it can be. Other times, that evidence is witness statements and in order to get the most accurate information, people need to be interviewed as soon as possible.

Leads can run cold before the police have a chance to follow them and stories can change. Time is essential.

We all know how this goes. The victims can’t be found in time. Do you remember that episode of Bones where Bones and Jack were trapped in the car by the Gravedigger? Part of what made this killer so terrifying was that they weren’t able to find the victims. Even if they were able to pay the ransom, the Gravedigger usually didn’t leave his victims with enough oxygen to make it to the time limit.

But it’s not just cases like this that make time of the essence. A person could be hurt or sick or in need of regular medication. Notifying the authorities of suspicions in a timely matter could mean the difference between life or death.

Time is of the essence and the misguided idea that you have to wait before you help them could make all the difference.

How can you fix this?

There’s a lot of drama that comes from a potential missing person case that doesn’t involve having the police sit on their hands because of a false time limit. Usually, this trope is used as a way to stop one form of progress. Our heroes have to get creative to overcome this obstacle. It is also often used as a form of filler, preventing the story from moving ahead while the characters circumnavigate red tape.

Why use this crutch--one that could endanger real people--when you can be more creative? 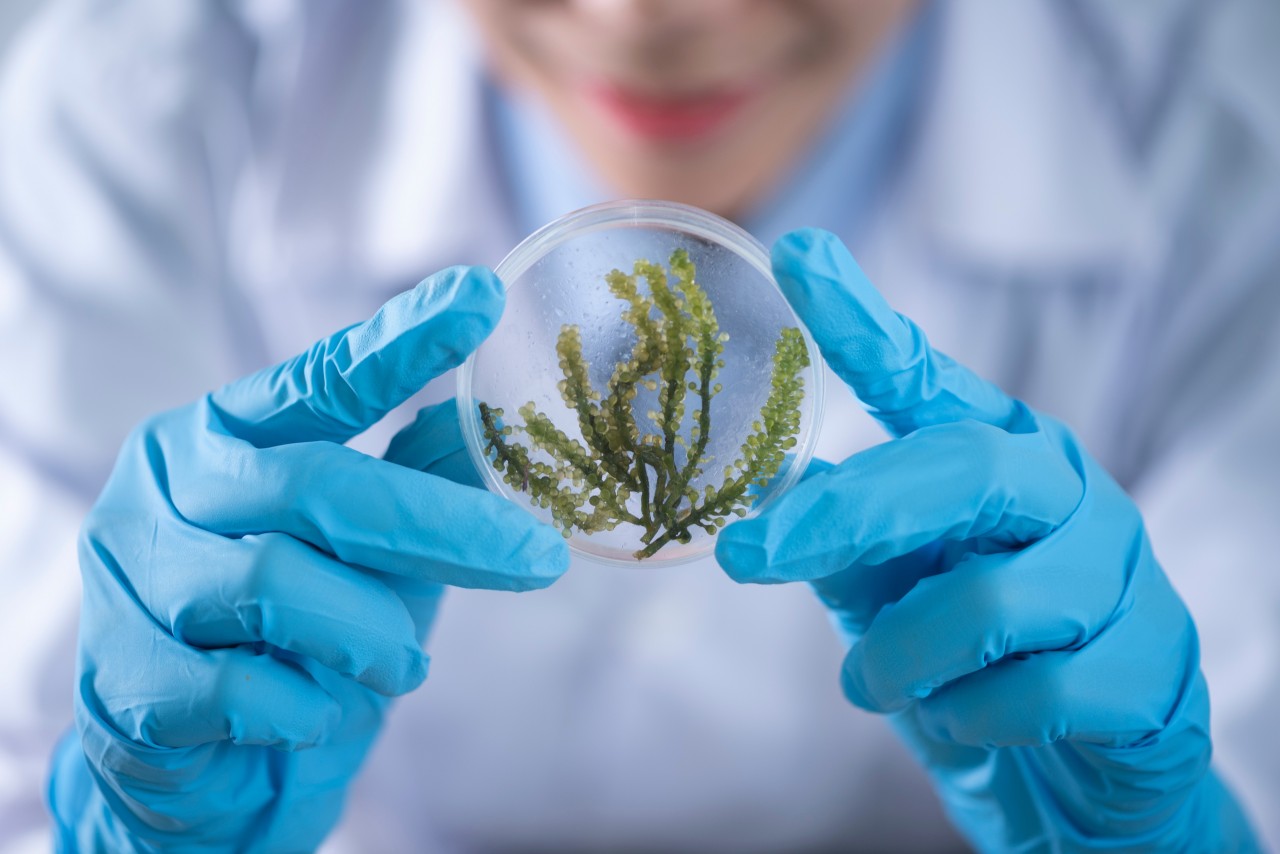 Let me be upfront and honest with you for a minute as I kick off this section. When I watch procedurals, I am watching to see how they use (or don’t use) gloves from crime scenes to evidence handling. If I catch something, I call it out - it annoys friends and family who watch stuff with me.

Why do people wear gloves at a crime scene?

To start with, it is an OSHA requirement as of 1991 (it’s crazy to think that it’s that recent).

But here’s the kicker, it’s only been in the last century that gloves were even used at a crime scene. While doing research for this article, I went looking for when it became more common to use gloves.

Until the early twentieth century, most crime scene technicians went into crime scenes and collected evidence barehanded. In the case of grisly murders (for example, the Axeman of New Orleans), the idea of that makes my stomach turn.

In 1924, Emily Kaye’s case changed that. When well-known British Pathologist Sir Benard Spilsbury was appointed Chief Medical Examiner, he was appalled at how the technicians were handling Kaye’s remains. He compared it to how fishermen handle fish at the docks. The next time a major murder case showed up, he created his own crime scene kit which included items like rubber gloves, a magnifying glass, tape measure, sample bags, swabs, and other items.

Now that we’ve had a history lesson, let’s talk about how gloves get misused on television.

First, any time an investigator walks into any crime scene for any reason they are wearing gloves and the little booties which slip over their shoes (which television doesn’t utilize nearly enough). Even if an investigator is making a quick in and out to confirm something, they’ll make sure that they protect themselves and the evidence.

Secondly, under no circumstances is there any food or drink in a crime scene. The goal of collecting evidence is to finish working the scene as quickly and cleanly as possible, making sure it remains untainted. I get there is sometimes a joke and there’s always a good coffee reference to be made, but there are plenty of places outside a crime scene within your script to make them.

One other thing about gloves before we move on. So often, people say “the suspect was wearing gloves so we have no usable prints” and call it a day. But you can find a lot of evidence that can help point you to a culprit even if they took care to wear gloves. Latex gloves are thin, for example, and the indentations can bleed through. Thicker gloves can still leave traces. Perhaps the gloves are worn and faded, have a tear, or left part of their palm showing. There’s a lot to explore when it comes to gloves and evidence. 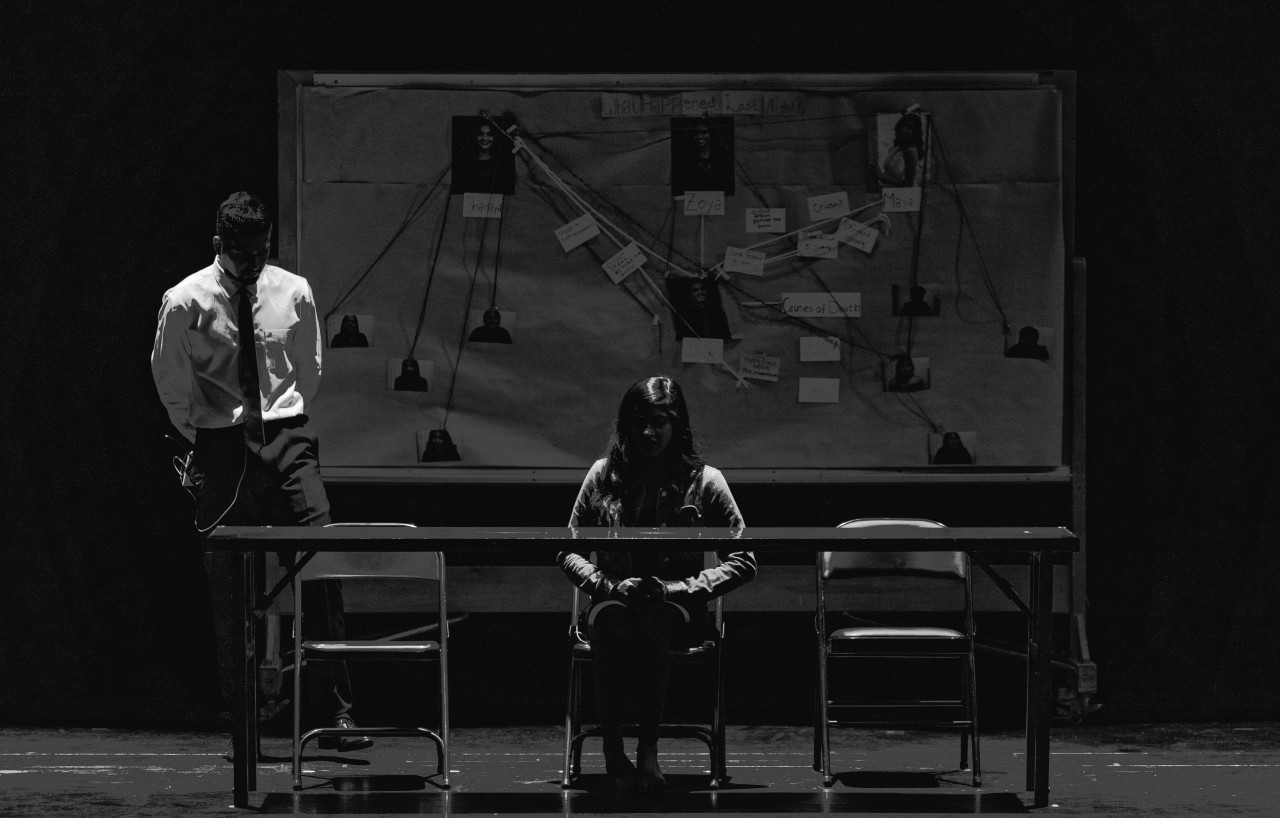 Until I was doing research for my first book, I had no idea where the Miranda Rights came from or why they were called that. Upon discovering that information, I have decided that the story of the Miranda Right is one of the most ironic things I’ve come across in my crime research.

The basis for the Miranda Rights is the Fifth Amendment of the United States Constitution which reads:

“No person shall be held to answer for a capital, or otherwise infamous crime, unless on a presentment or indictment of a Grand Jury, except in cases arising in the land or naval forces, or in the Militia, when in actual service in time of War or public danger; nor shall any person be subject for the same offense to be twice put in jeopardy of life or limb; nor shall be compelled in any criminal case to be a witness against himself, nor be deprived of life, liberty, or property, without due process of law; nor shall private property be taken for public use, without just compensation.”

The name came from the Supreme Court case Miranda V. Arizona. Ernesto Miranda was accused of killing a young girl. The police got a confession but it was later revealed that Miranda wasn’t told that he didn’t have to talk to the police or that he could have an attorney present. The Supreme Court threw out his confession but the police had enough to convict him in a second trial. He was released with time served.

What makes this ironic is this next bit.

Miranda was later killed in a bar fight. His killer chose to remain silent when he was advised of his rights according to Miranda V. Arizona.

Normally we see this play out where the officer or detective starts reading the suspect their rights the second they slap the cuffs on them. That’s just for drama’s sake for the audience since we usually don’t see the following interrogation.

An officer is only required to read a suspect their Miranda rights before they are questioned. Normally, people sign a waiver saying they’ve been told their rights and understand them. 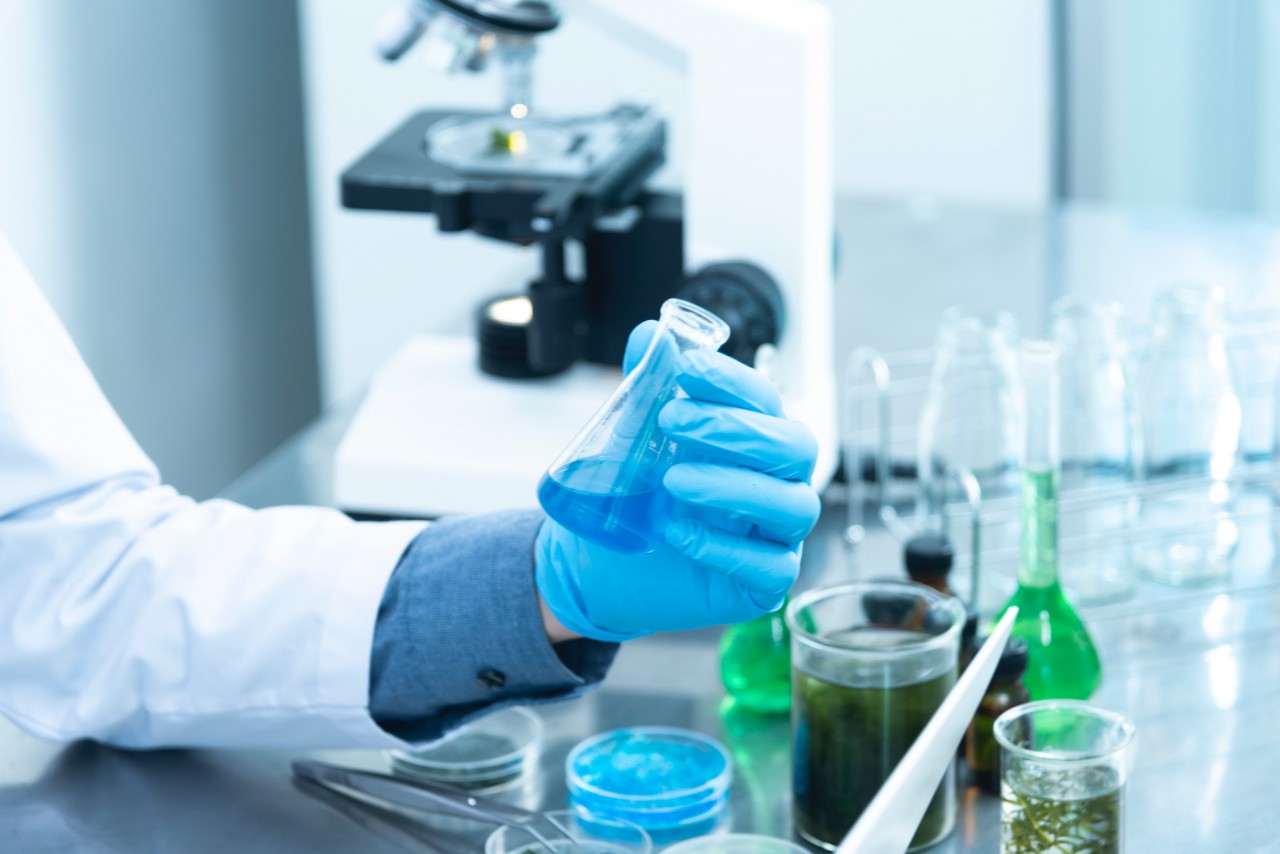 This one has made headlines recently as the Golden State Killer had finally been caught thanks to DNA testing. Along with the popularization of DNA testing thanks to sites like Ancestry.com and 23 and Me, DNA is something that fascinates everyone.

It is often used in procedural shows and is often used horribly. CSI and its spin-offs are one of the biggest culprits. The team will find some DNA at a crime scene and after lunch, they’ll have the results and know for certain that there is a match or there is no match.

This is not remotely how it works.

DNA testing results take weeks to come through and cost a lot of money. It’s a several step process. What’s fun about this is that the police use similar methods to genealogists. DNA is used to trace common ancestors and from there you narrow down to suspects.

Once you have your pool, there are two main ways to get your sample. In some cases, police can convince a judge to give them a court order and get a sample that way. Other times, they have to catch throwaway DNA: a can, a piece of gum, something that will have what they need.

DNA isn’t the best way to find a suspect. Rather, it is something you use to confirm a suspect you already have. 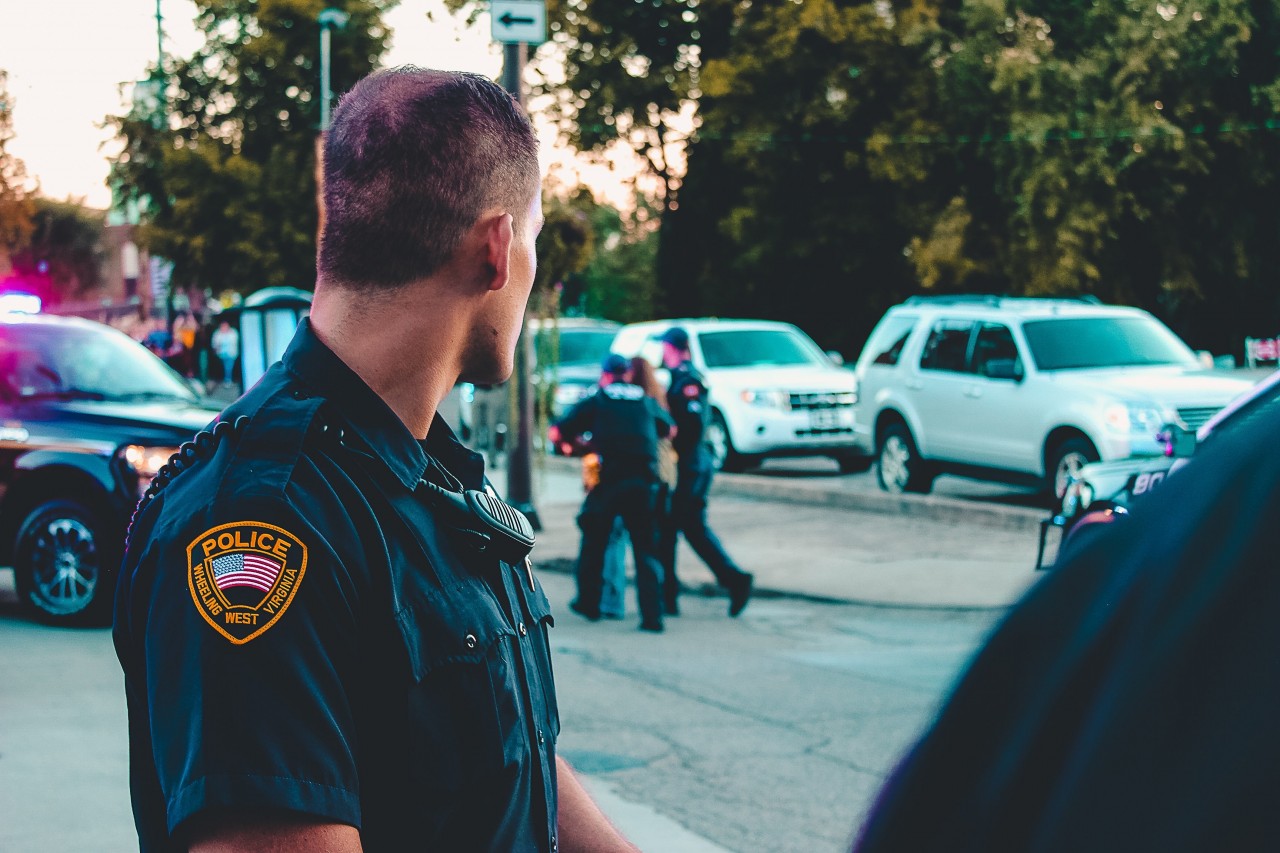 Where there are a lot more mistakes you can find on television, these are the four biggest ones I’ve caught over the years. I want to know how things work, why things are done a certain way, and how I can make my writing more solid.

My two favorite books for crime writing research are part of the Writer’s Digest Whodunit series. There’s Forensics by D.P. Lyle and Police Procedure and Investigation by Lee Lofland. Both Lyle and Loffland have been in their fields for decades. I’ve used their books so many times for various projects.

What are your favorite research resources? What mistakes have you caught? Let me know in the comments below! 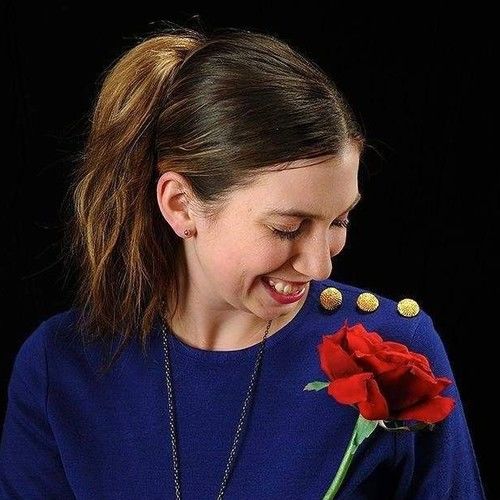 Why Every Filmmaker Should do a 48-Hour Film Festival 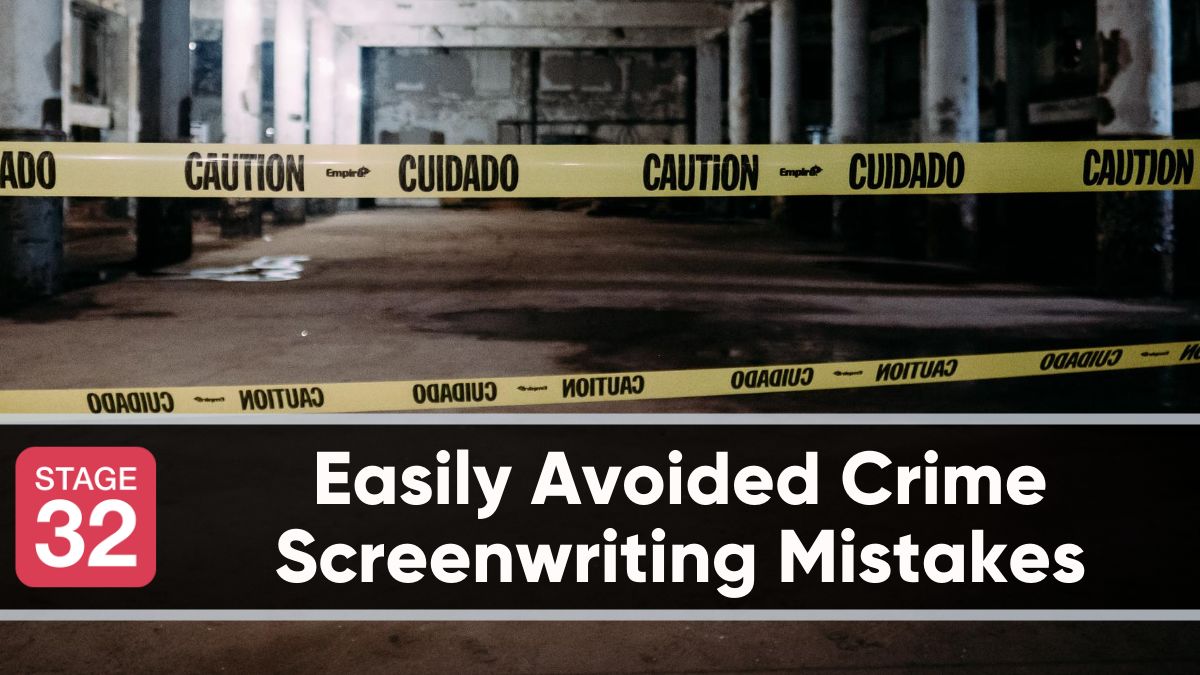