Finding a Renewed Passion for Writing - Never Give Up

Posted 2 years ago by Rosalind Winton

Okay, so you want to know where that comes from...

Well, I started writing my screenplay two years ago. It's called The Postcard and it is based on the true story of my Great Grandparents. I have wanted to tell this story since my Father told me all about it when I was 11 years old.

I've written poems and songs about it, I've tried writing it as a novel over the years, but for some reason, I just could not keep it going and totally gave up. 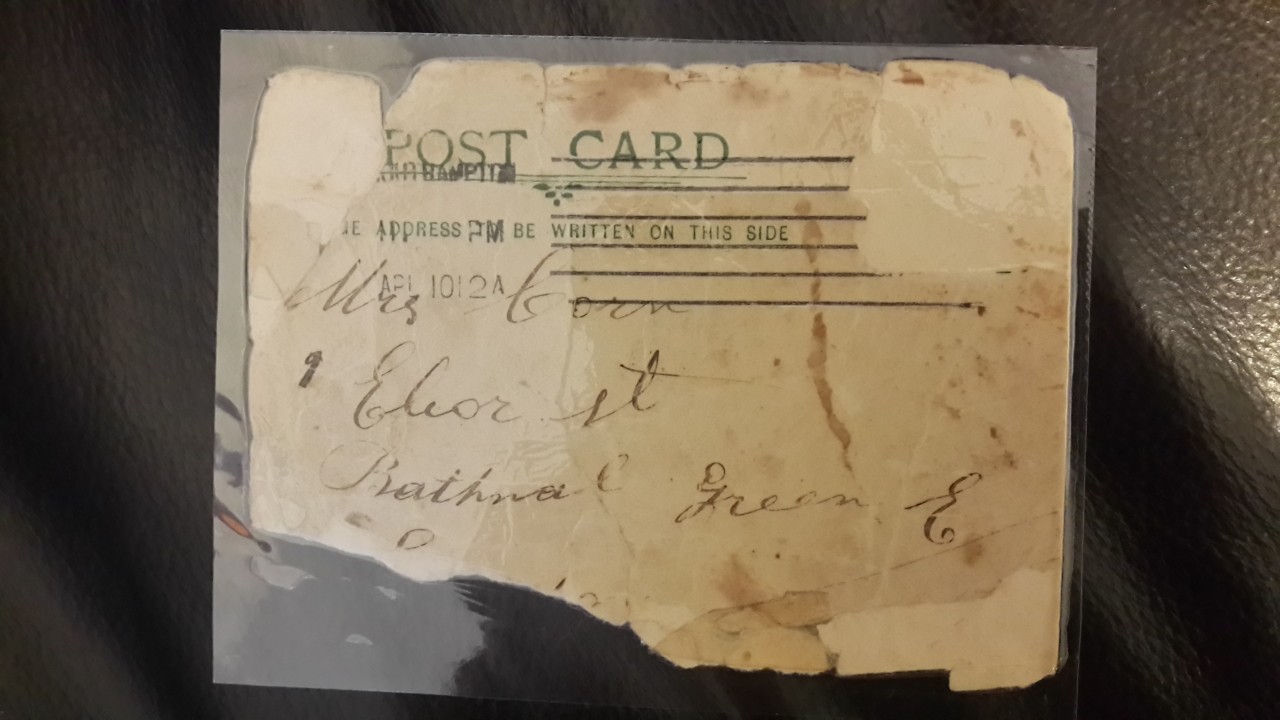 Then, in 2015, I discovered Stage 32. I joined in order to find work. I'm a literary editor with my own business and when I discovered the site was full of writers, I thought I could promote myself and edit for a few people.

What I discovered though was so much more. I felt welcomed in straight away. I found people to be so warm and friendly and I really did feel like I belonged. RB, Amanda and others on the team have been so amazing to me and they really helped me to discover my place on the site, I will always be grateful to them for that. I have met people on the site I never would have otherwise and being on Stage 32 continues to be a real experience and one I will always appreciate.

I asked writers for examples that I could look at, asked advice, questions, I couldn't get enough information.

A couple of screenwriters allowed me to read their scripts through and learn from them. A few allowed me to edit their screenplays for no charge, so that I could practice and learn, I did everything I could and gradually I felt confident enough to start taking clients on my books.

I got a lot of work and still, I was learning. I couldn't believe there was so much to learn and I was enjoying the process of that, it was so new and exciting, I was in the world of filmmaking to an extent and when I told people about it, they were amazed. 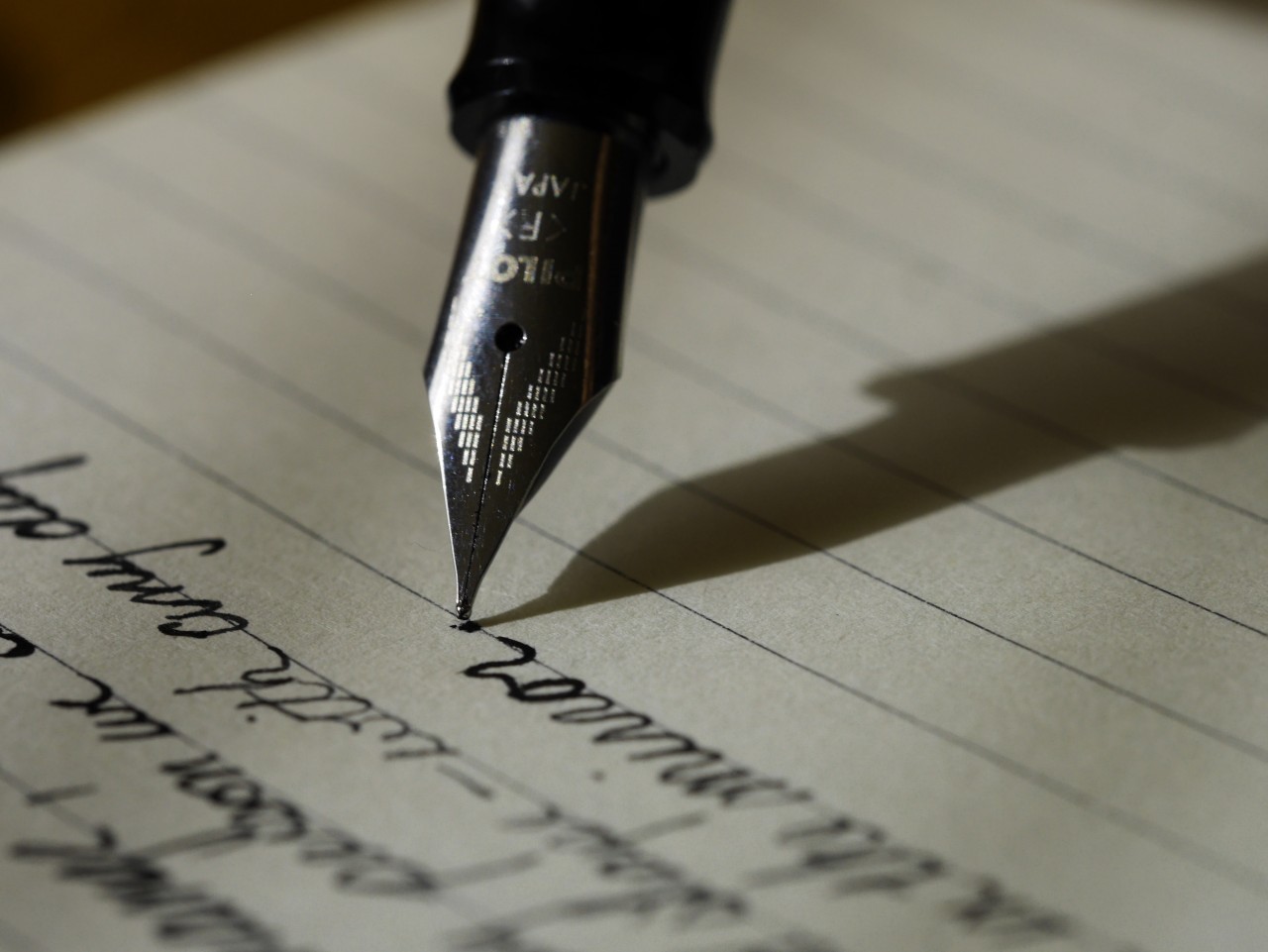 One day, out of the blue, I can't remember the circumstances, but it dawned on me that I could try writing my own screenplay, I thought it could be fun and interesting. It then hit me like a tonne of bricks that I could write the story about my Great Grandparents, if I couldn't do it as a novel, maybe I could do it this way, it's got to be easier... Right?

I thought I would write a 20 minute/30 minute short, just detailing the facts about the story. If I were to tell you their story, I could do it in two or three short paragraphs, so I thought writing it as a short, would be good as a start, not too daunting, it wouldn't take too long... Right?

From the moment I started writing it, ideas were flooding into my brain and I found myself possessed, writing and writing and writing, I couldn't believe what was happening, it was almost like my Great Grandparents themselves were taking over, new characters were forming, events, emotions and I then realized, this was going to have to be a full-length feature.

THEN CAME THE OBSTACLES

The problem I was having with this, was that I was having to weave a feature-length story around the few facts that I knew. I wanted to stay true to the facts and I started to feel guilty, as though I was betraying my Great Grandparents by making so much up, it was a real battle with myself and I came to the conclusion that I didn't want to carry on, but, I did seek advice from some screenwriters I was in touch with and they all said the same thing...

"THE STORY HAS TO COME BEFORE THE FACT."

I pondered on this a long while and I realized I was going to have to suck it up, get over myself and write the story. 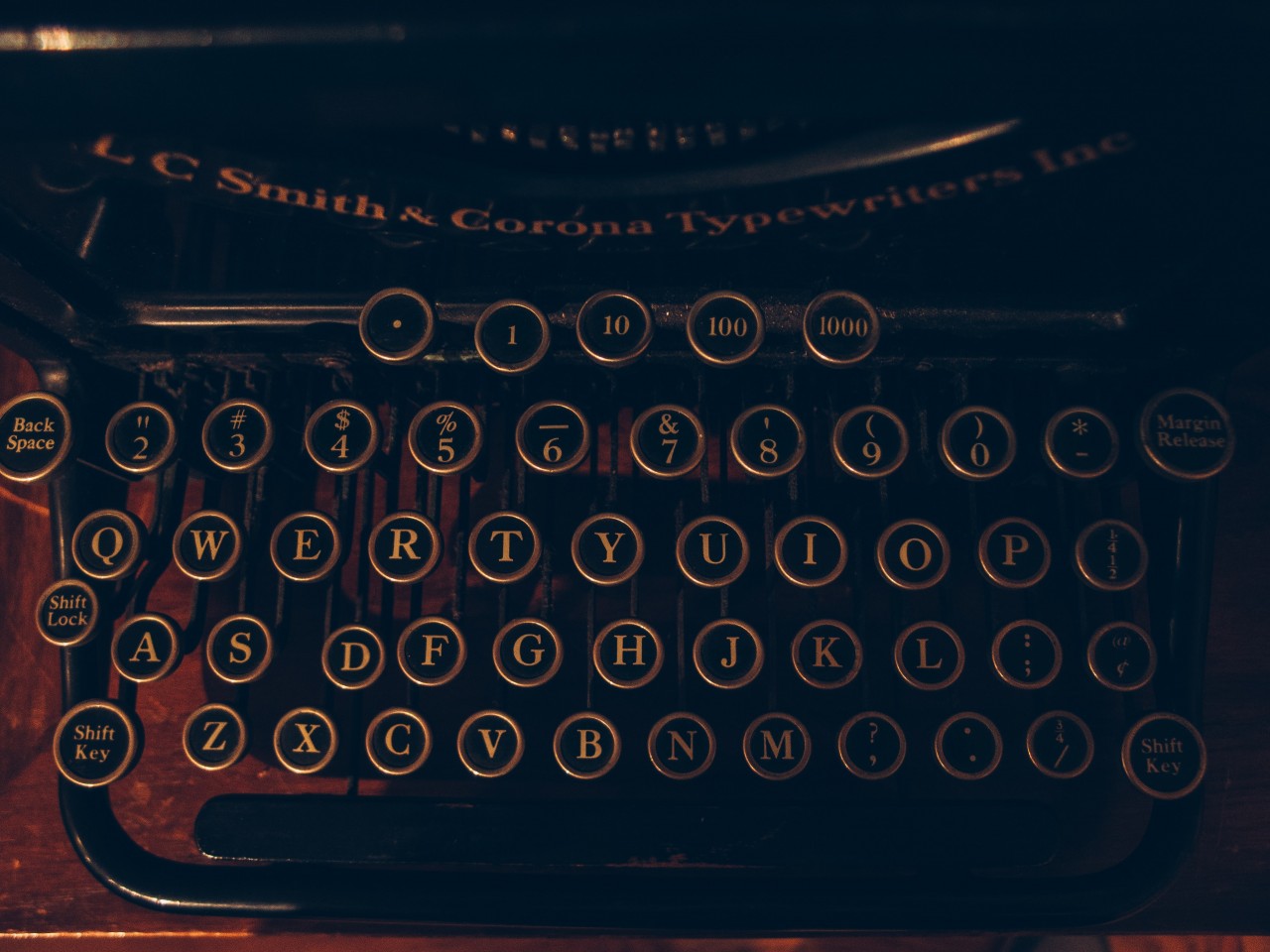 I carried on and when I got it to the point I thought I couldn't do anymore, I decided to send it in to Stage 32 Script Services. I have done this a few times now and apart from a 'recommend' and 'consider' from having the first 30 pages read, which was absolutely amazing, all the other complete read through's have resulted in passes... BUT... The feedback I have received from the industry readers has been incredible, I really don't understand how I didn't see some of the things they mentioned myself, it was all so obvious.

Each time I received notes, I rewrote the script to their recommendations, because actually, they were absolutely right in what they were saying.

When it comes to creativity, I have always been a perfectionist, when I write my lyrics and songs, they have to be to a certain standard, every word, every note of music has to be right, even to the point that I told one of my composers, who is a brilliant musician, that he needed to shorten a musical interlude in one of our songs by a fraction of a second, to make it sound better. Luckily he agreed with me.... But anyway, I digress...

Writing this screenplay has been a real spiritual experience. The postcard that the title of the screenplay refers to, is a real postcard that my Great Grandfather sent to his wife from Southampton, before he boarded the Titanic. His wife and children were in London.

It is such an amazing thing that the postcard has survived through all the years and I have it in my possession and as I type this up, I'm looking at it, it's in a frame on my mantelpiece. It's 106 years old at the time of writing this and though it is faded, the edges are dog eared and worn, the Hebrew writing on it can still be made out. It is a tiny piece of card that my Great Grandparents handled and it is very much treasured. 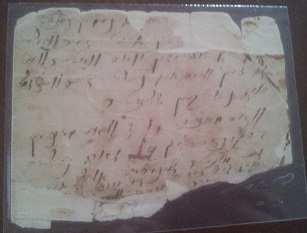 Finding a way to mold three acts, give the characters personalities and finding a way to weave a story that has a beginning, middle, and end that would keep a reader interested seemed an impossible task and I gave up. When I did think about it, I redirected myself, so that I wouldn't have to think about it and I just dismissed it for a long time.

Then the lockdown hit here in the UK and something happened... I started to get back into lyric writing, which is something I had not done in a long time, I started to get the bug again. I started to listen to music I hadn't listened to in a long time and then, all of a sudden, I got a call from a friend of a friend, who wanted to commission me to write lyrics for an album he's putting together. That never happens. I jumped at it, of course, and I discovered that creative happiness again.

Talking to this guy who is so passionate about his music and creating, made me feel that passion for my own writing again and I decided to take another look at the screenplay.

I just thought I would read it through and see where it's at, but something amazing happened, as I was reading it, new ideas were pouring into my head. It all suddenly came together, it all suddenly made sense and I got to writing and I didn't stop until I had reached the end...

The script was now a totally different script, the characters suddenly took on new lives, I rearranged scenes, got rid of unnecessary characters, rewrote dialogue and I could really see it all happening in front of me as I was writing.

I went through the script notes I had received from each of the readers and made sure that everything they had said, I had sorted out. When I was done, I was elated, because now, the script was so much better, so much more feasible and believable and though it still needs a bit of tweaking here and there, I hope to be ready to pitch in the next couple of months.

I joined Stage 32 in 2015... I started writing the script on the 22nd April 2018. It is now April 2020, so just over two years... TWO YEARS and it is only just beginning to be finished, if that makes sense, but not only finished... GREAT... I don't usually blow my own trumpet, but I think this is a really great script now, though I am sure industry readers would still find things that could be improved, but the shell of the story is there, it is full of emotion that I hope would have an audience crying and laughing all through it, it is about love, friendship, loss, guilt, family, virtually everything you can imagine and it is something I am now very proud of and something I hope my Great Grandparents would be proud of as well.

NEVER, NEVER GIVE UP

Please, please, do not give up on whatever it is you're passionate about, it doesn't matter what it is, even if it's reinventing the wheel, just go for it. It is an incredible feeling and so worth it. 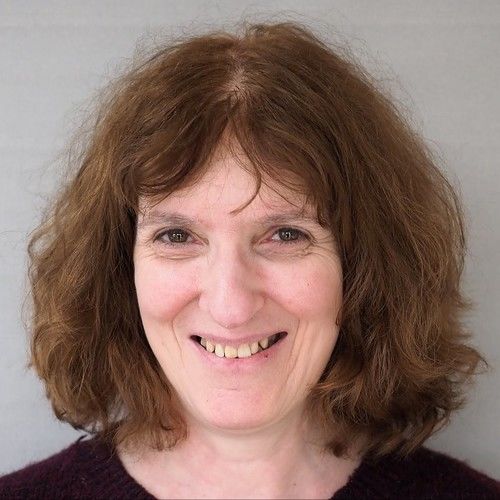 I live in South West Hertfordshire, which is just outside London, England and I run my own literary editing business, One Voice Literary Agency. Like us on Facebook here.
For the last two years, I have been writing my feature-length screenplay, THE POSTCARD, which is based on the true story of my Great Grandparents. Logline... After escaping a violent attack during the troubles in Warsaw and finding refuge in London, a destitute couple finally has an opportunity to immigrate to the United States, but their tickets happen to be for the Titanic. I have a 'recommend' for writer and 'consider' for the project on the first 10 pages option, but 30 pages were read, from Stage 32 Script Services.As an editor, I provide a platform for writers of any genre, who need their work edited, proofread, and advised on.I have produced and published a book, POETIC WONDERS, which is an anthology of my poetry, plus the poetry of five other very talented authors. It also includes a full-length story, written in rhyme by one of the authors and a foreword by Enoch Anderson, Barry Manilow's lyricist.As another string to my bow, I write lyrics and songs and you can read all about that on my website, where there is a portfolio of songs, representing various projects I have worked on, including our brand new song 'One Day Soon' that I wrote with my co-writer AJ Clarke during the lockdown to raise money for the British National Health Service. 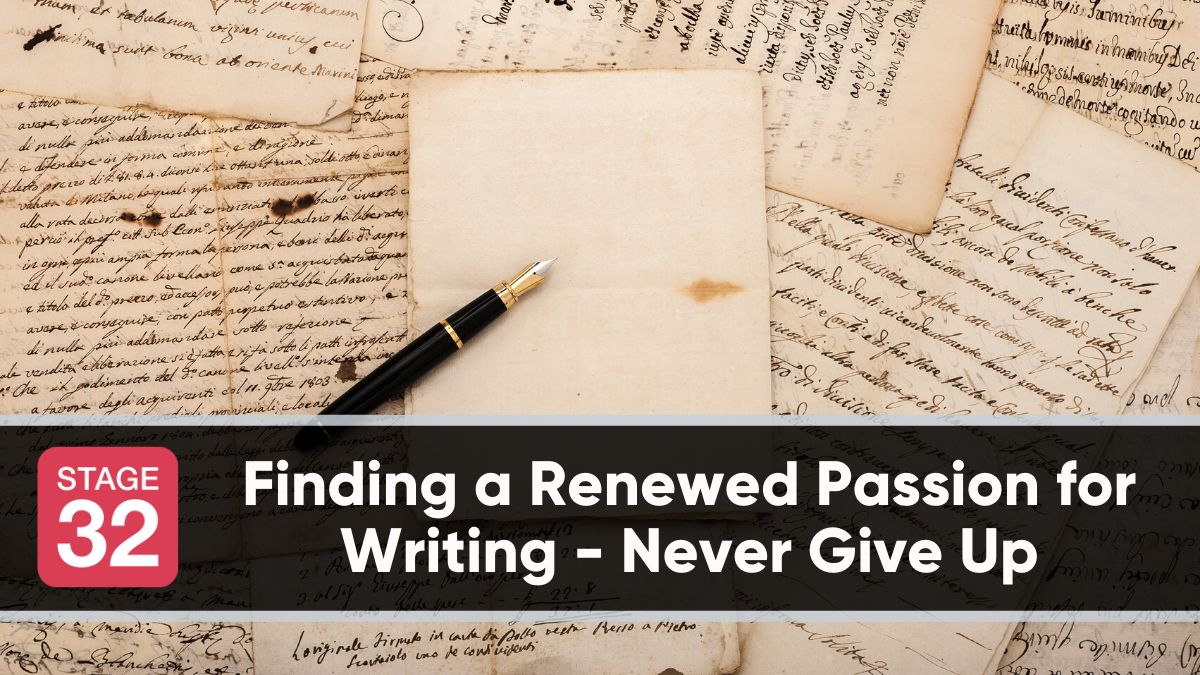 Blog Post by Rosalind Winton, posted on Saturday, May 30th, 2020