Posted 5 years ago by Rosalind Winton

For the last 30 years I have been writing poetry, lyrics and songs, yielding some great achievements along the way, mostly with my songs, but I have had two poems published in the past and have continued to write for the sheer joy and love of writing.

I've always enjoyed poetry and it's a shame that over the centuries, it has dwindled as a definitive form of communication, but people do still enjoy writing it as a way of expressing feelings and events that maybe are difficult to express verbally.

I've always wanted to write a book with my poetry, but I don't have a great deal of it - around 20 or 30 poems at the most. I didn't think it was viable to make a book out of them, but three years ago I met someone on Facebook, who was posting his poetry for everyone to enjoy. I never had the courage to do that, but this guy's poetry was so beautifully written and so expressive that I got in touch with him. We've since become good friends and I edited, produced and voice recorded a short story he had written in rhyme. I had experience in the studio through the years, overseeing the production of my songs, but I never believed I would one day actually be in the recording booth on the other side of the mic recording something, I didn't want to leave. 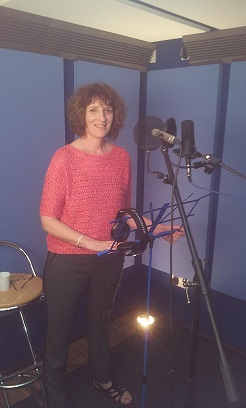 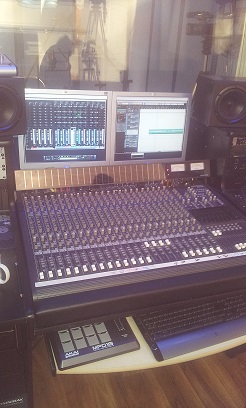 I asked Daniel what else he had and he showed me some of his work, including all his poetry and it was this that gave me the idea to produce a book, not only of my poetry, but that of other talented poets who were willing to contribute. I put the word out and I was amazed by the response, people I had known for ages were telling me they have been writing poetry for years and I didn't even know and I was discovering the most incredible talent. I was in touch with five people who had all written many poems and I asked them all to give me 15 poems each.

Four of the writers contributing to the book

Over the last three years, I have been working on the book on and off. There were times when I was so joyous about it, that I couldn't keep away from it and other times when life, health, family commitments and other issues got in the way, the biggest gap being a year because I broke my ankle and had to concentrate on my recovery. I also just got disheartened sometimes and lost interest, that was because of self doubt creeping in, afraid of failing, letting people down, thinking that if I never finish it, then I can't fail, but I was also scared of succeeding, I know that sounds really silly, but that's how I felt and I have dragged this thing out for much longer than it needed to be.

Then, in December, I found out that an ex of mine had died. I went out with him for four and half years when I was quite young, it was a tumultuous relationship, but we did have good times as well and the relationship left an indelible mark on me and he was someone I always thought of over the years, I followed his progress through mutual friends who kept me informed of how he was doing, but his death was a complete shock as I didn't even know he had been ill. Lots of things drove through my head, that I won't go into here, but it did affect me quite profoundly. One of the things I thought about, was how he wasted his life, he was happy as long as everybody else was doing everything for him, he would never admit that he needed to do things for himself and create his own destiny, so he never got anywhere, he ended up with nothing and while thinking about this, it dawned on me that if I don't finish this book, I won't only be failing the authors, I'll be failing myself. So with a renewed vigour and enthusiasm for the project, I took it up again.

For the last two months I have spent time on the format, font size, colours. I wrote an inset page, prologue, acknowledgements, contents and epilogue. I gave each author a page to write their own bio followed by their poems. I needed a cover page, so I searched through my photos and found a gorgeous photo of a stunning view from my window of a sunset through the trees in my garden, it's beautiful and perfect for the book and I played around with that for some time to get the right contrast on it and the overlaid wording correct. Once I was happy, I sent the book to the authors for their approval and to proof read their poems and that is the stage I am at now. My daughter, who is a gifted artist, is going to illustrate some of the poems when her exams are over in February and then I want to publish it on Amazon, I have just bought an ISBN number for it and when I received that, I was so excited, I felt like a kid in a toy shop.

My intention is to market and advertise it as best as I can and hope that, with word of mouth, will help it on its way. I know poetry isn't the most popular genre to sell, but the whole point of the book, is to share the amazing talents of the authors involved. I am working with five amazing writers, who I am so proud of and I just hope anyone reading the book, will find something great within it.

So, if you're working on something that has you procrastinating for too long.. STOP.. take a breath and begin again, think positively and imagine your work completed and out there, think about the joy it will bring to others and remember that people do want to hear 'your voice', they want to know what you have to say and they want to read your work, but in order for that to happen, it has to be completed... so, as I say constantly to my clients when editing for them...

I live in South West Hertfordshire, England and as well as being the official Editor for Stage 32, I have my own literary editing business. I began my editing career working in Central London as a Personal Assistant for various companies and came into editing while working for The International Institute For Strategic Studies from 1987-1995. Since setting up my business, I have edited everything from full length novels, novellas, children's YA and picture books, non-fiction, articles, blogs and websites. I edit screenplays and television scripts for members of Stage 32 and I adapt manuscripts into a screenplays for clients. I have edited, produced and voice recorded a short audio story called The Bear On Lonely Lake by Daniel Buckner... http://www.onevoiceliteraryagency.com/audio-work.html and I have edited work by authors from all over the world including the Canadian TV host and actress Stephanie Herrera.

I am also a lyricist and have been writing lyrics and songs for over 30 years. I have enjoyed lovely achievements, such as hearing my songs performed live on stage and winning Outstanding and Merit awards at various music festivals. I have a song recorded onto a piece of film and this song has also been aired on the radio. I have written lyrics for school plays, including brand new lyrics for The Wizard Of Oz for a school production. I have also written lyrics for musical theatre (yet to be staged) and I also write for solo artists and studio vocalists. One of my biggest ambitions is to write lyric/s for film, a theme song and/or for the body of the film if it's musical based. You can hear some of my songs here :) onevoiceliteraryagency.com/mymusic

I'm excited to get my book out soon. My advice....JUST FINISH THE BOOK!: 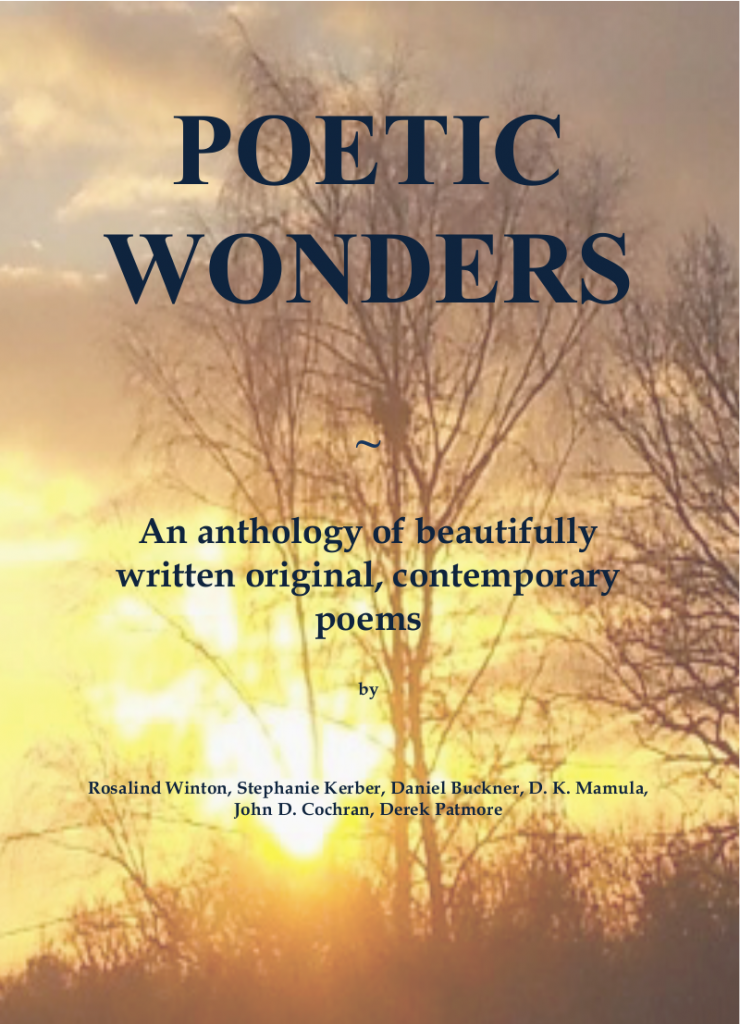 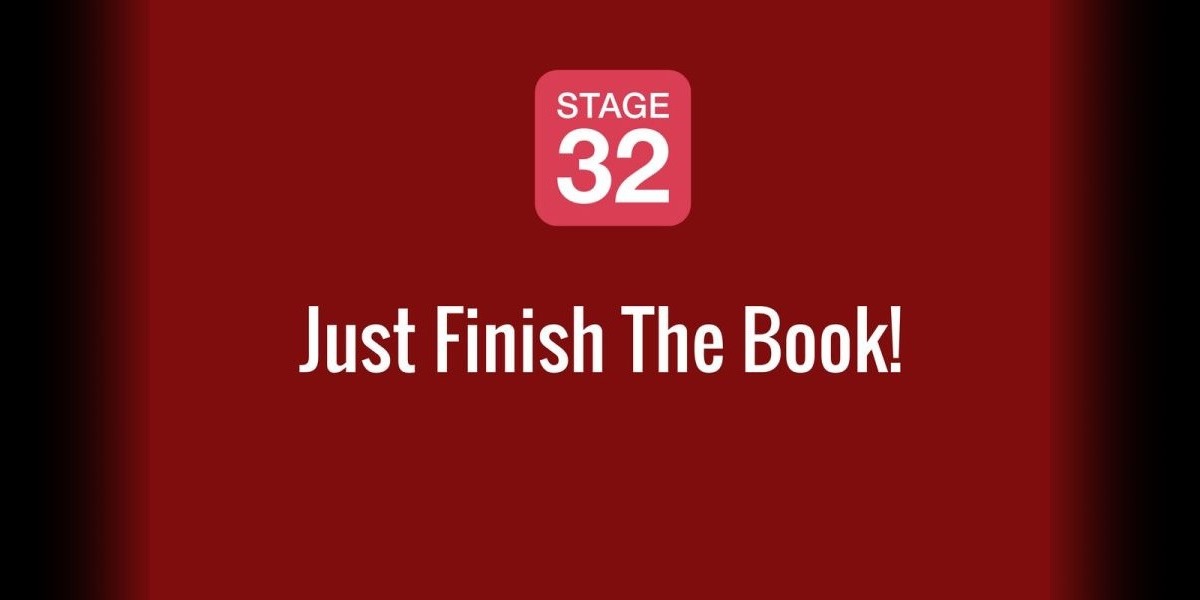