Today we welcome back Producer Shaun O'Banion for his 2nd and final installment of Gender Inequality in the Industry (Part II). We've appreciated the intelligent debate in the Comments section and look forward to more today.

Let’s go back, for a moment, to the idea that women can’t get hired simply because they’re women, but let’s actually take that a bit further.

First, some (sad) stats just to show that I’m not ignorant of the numbers: 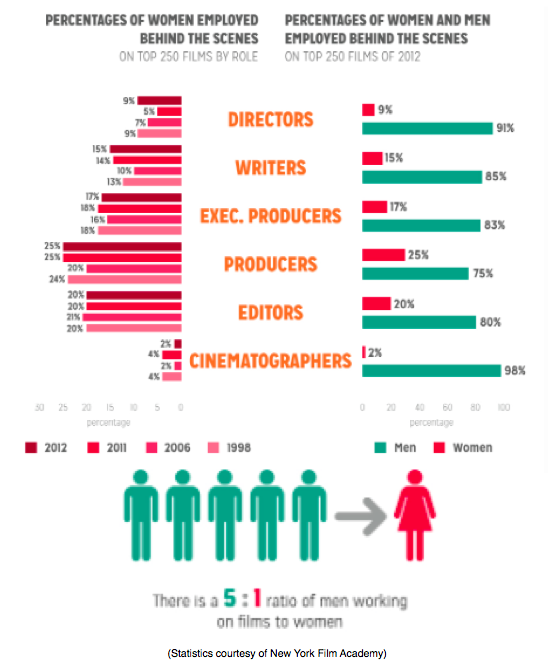 Clearly, there is an imbalance… but it isn’t because there’s some sort of mandate that women can’t be hired as directors. Television, which is in the midst of a new “golden age,” is, in point of fact, a fertile place for female directors right now… from feature directors like Jodie Foster (who received an Emmy nomination for her work on Orange Is The New Black) and Lena Dunham, to Lynn Shelton and the aforementioned Nicole Holofcener.

Then there’s Michelle McLaren who has proven more than capable at handling shows that might be perceived (and rightly so) as coming from a rather masculine point of view, like Game of Thrones, The Walking Dead and Breaking Bad. Is she being asked to do features? I don’t know, you’d have to ask her. Would I ask her to direct a feature? You’re damned right I would. She strikes me as capable of working in any genre and is on par with, say, Kathryn Bigelow.

Since I mentioned Bigelow, I want to point out a comment she made right after her film Blue Steel opened. She had already done the violently brilliant Near Dark, and Blue Steel was, once again being pointed out for being violent and intense “despite having been directed by a woman.” She was asked if she found it difficult, as a woman, to get films made.

She replied, “If there’s specific resistance to women making movies, I just choose to ignore that as an obstacle for two reasons: I can’t change my gender, and I refuse to stop making movies.”

Clearly, Bigelow has done just that. While not all of her films have been successful and she’s had to occasionally get bailed out of director jail (hello, K-19: The Widowmaker), she has always come back, and her recent work (The Hurt Locker, Zero Dark Thirty) has been her best yet… she’s got an Oscar (the first for a female director) to prove it.

Now, Bigelow doesn’t write her films (she has partner Mark Boal for that), but if you look at the majority of the examples I’ve made, you’ll find that most of the successful (female) filmmakers have written the films they direct - including Nancy Meyers who years ago surpassed Penny Marshall as the highest grossing (female) director.  Look at this little collection of names below: 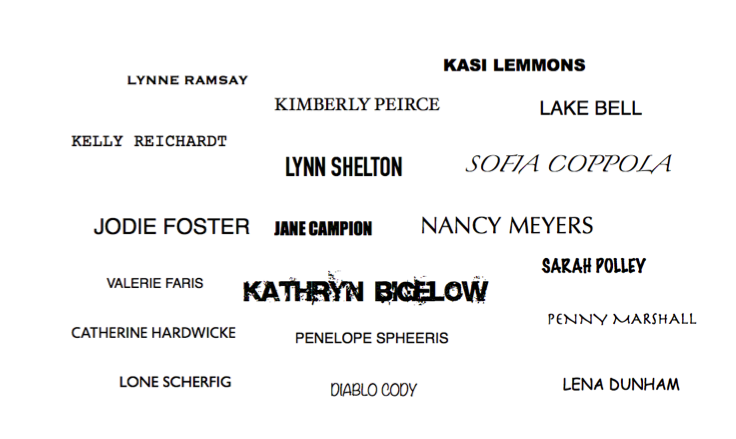 Of the names in that little cloud, only five of the nineteen names listed are not writer/directors. Five.

And I didn’t even include Nicole Holofcener (writer/director), or Susannah Grant  (writer/director) in the little cloud because I already mentioned them above. If I had, that’d make five out of twenty-one names who are not writers.

Another I didn’t mention above: Dee Rees.

I met the extremely talented, extremely intelligent Dee Rees at the Mill Valley Film Festival (back in, 2011 I think it was), when my film Girlfriend tied with her film Pariah for Best U.S. Feature.

You want to talk about industry bias? How about being female, black and gay. Funny how that hasn’t seemed to stop her.

Dee picked up a host of awards (from Breakthrough Director at the Gotham Awards, to a GLAAD Media Award for outstanding film), and is, surprise surprise, currently working in television.

Still unconvinced about women being frozen out of directing gigs? How about Ava DuVernay? DuVernay is currently directing Selma about Martin Luther King, Jr., which was long tied to (male) director Lee Daniels. She’s also credited as… whadday know… a writer on the film.

DuVernay was the first black woman to win Best Director at Sundance (for her second feature Middle of Nowhere), and in regard to Selma, even the author of the article I read (in another article) pointed out that, “movies about epic male historical figures are usually reserved for [male directors]”.

Finally, I would be remiss if I didn’t call attention to Haiffa Al-Mansour, who is the perhaps the most intriguing person I’ll mention in this blog. She is the first ever (female) director from Saudi Arabia. Her film, Wadja is also the first film to lens entirely in her country. In order to direct the film, she often had to hide in a van so as not to be seen giving instruction to male cast and crew members. I mean… really, ladies of the U.S. film industry… do ya really have that much to complain about? I know it’s a rough, male dominated, sexist industry… and I don’t say that with any wink or lack of empathy… it’s tough… but would you have to direct from a fu*king van in order to avoid being… I don’t know… stoned in the street?

What am I saying here? I guess I’m saying that if we want more women directors, we ought to be cultivating more women screenwriters… because, though they may appear to have limited power, a phenomenal screenplay in this town is gold. Solid, f*cking gold… and if you have it and they want it, they’re going to let you direct it.

So stop complaining about inequality. You cannot compare yourself to anyone else. You are on your journey, whatever that is. It does no more good than me saying, “I can’t greenlight a movie because my father isn’t Larry Ellison and I didn’t get a blank check to start my company.” Is that true? Sure. If I had been given a blank check by my dad, would I have had an even shot at some Oscar nods by now? I gotta think, “yes.” I have a good sense of story and I would seek out filmmakers (male or female) the way Megan Ellison did. But, for now, I can’t do that… and holding myself up to Megan Ellison or her brother or even Lawrence Bender or Chis Moore isn’t going to help me.

You simply have to focus. Stop making excuses and make art. Create. Write a goddamned script that everyone wants and make them let you direct it. That’s how it works! If it’s good, the door will open for you. At least for a few seconds. Then you can slip through. I’m still working on getting it open myself and moving up to that next level as a producer… and don’t doubt for a second that they won’t let me direct either without a fight.

2) My extremely talented (male) director (also a Gotham Award winner) on my last two features has been, as of yet, unable to work outside of his own projects despite the fact that he’s repped by WME and is an incredible talent…  Perhaps “they” don’t like Jewish/Quaker/Sicilian men… It is, admittedly, an odd mix. Hollywood must have some kind of… religious… gender… racial bias against him, right? Um… no. Not so much.

So, look, producers of television… if you can’t get Nicole Holofcener, Lynn Shelton, Dee Rees or Michelle McClaren for your show and you’re not opposed to hiring a man for your tv series? Give me a call. You could do a lot worse than my guy.

If you missed Part I of Gender Inequality in the Industry, click here.

Shaun is available for remarks and questions in the Comments section below.  We also welcome all debate on this sensitive subject. 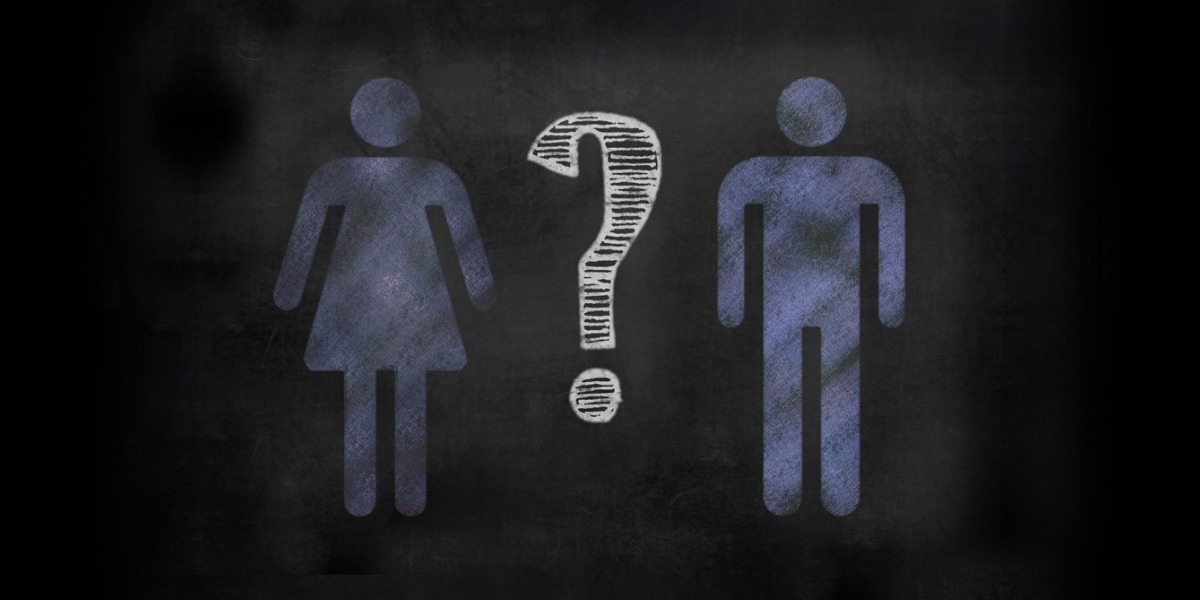