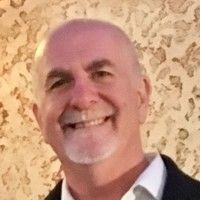 Having a unique and compelling voice as a writer is something we all desire to have. Yet we are told (in forums and by so called gurus) that “We must follow the rules” to be a screenwriter, we must do everything exactly the same as everyone else.

People have looked at great screenwriting and found commonalities. However, commonality is not causality. Because if these common things are all that is needed to create a great script, writers wouldn’t be needed.

How the Rules came about

The rules came about by people looking at previous works and analyzing them to see what they could discover. (As far as I can see) Christopher Volger was credited with sending a memo that outlined some rules, which is what I think kicked off this entire rule concept.

This was intended as a way of quickly weeding out the vast number of bad scripts and making a studio’s workload less. It works, as bad writers do break these rules, but of course, so do some great writers.

People seem to point at the vast number of movies that comply with the rules, so therefore, the rules must be correct.

It is also a bit of a self-weeding garden, meaning that if everyone believes the rules must be followed, then all scripts and all movies would be following and complying with the rules.

As you can see by the graph above, Bad Writers and Great Writers don’t consider the rules when they are creating their work. They are focused on the work, but the only difference is that the great writers have craft and skill. It may be true that the rules outline the thousand-year-old patterns that have evolved in storytelling, but they are not rules. They are at best-accepted norms and as such are easy to recognise and are comfortable, but they are not mandatory, which is after all the definition of a rule.

What I have a problem with is people saying that things MUST happen or that you MUST never do something. Those are the rules that I think are wrong and don’t need repeating.

Now at this point of the piece, I must admit that there are some rules that should be followed, otherwise, work can be unreadable. Such as page formatting, which can become invisible to someone that reads scripts. Using a non-standard page format may get in the way of your story, but even this can be a stretch.

You can do anything you like as long as you do it for the good of the story and most importantly to benefit the reader.

I have a friend that says “Rules are for the guidance of the wise and the adherence of the foolish”.

Many rules are just common sense and therefore should NOT even be considered as a rule. Things like keeping your scene descriptions as brief as possible. Yes, common sense, not a rule. Why put unneeded detail in? I would say only describe what the story, is going to interact with, ignore everything else.

I have listened to a lot of podcasts, a minor addiction of mine. The thing that I find most telling is that most podcasts dedicated to the rules, normally break down into discussions/arguments trying to find 'The Thing' the rules say that must happen on a certain page. This alone tells me that the rules are at best guidelines.

Here are some examples.

I was watching the special features on my True Detective DVD and there was T. Bone Burnett saying how good it was that the writer had called out specific songs. It allowed him to get a feeling for the mood and tone of the script.

Scott Beggs of Film School Rejects and The Broken Projector Podcast regularly says that as a judge in writing competitions, he sees so many scripts that are lacking because writers are scared to put in description because of the So-Called Rules.

I believe you should be focusing on instead of worrying about ‘the rules’:

To conclude, avoid being just like everybody else. Remember, (comma) second place and last place get the same reward, unproduced scripts. So be unique, strive for individuality and don’t worry what happens on page 11.

Your story will thank you for it.

I am a writer and I live in Sydney Australia. I have done some freelance writing for Television for my brother Rob McHugh, who has had several shows in Australia and New Zealand (mostly comedy).

My love of film stems from a brain injury I suffered very young, which prevented me from reading. So my understanding of story and the world came entirely from film. I have (of course) overcome my injury and have been a blogger, podcaster and writer.

I am enticed by stories of struggle against change. When a person wants to hold fast, but change is being thrust upon them and they are forced to change or perish. This is where I find the most interesting aspects of human behaviour.

My understanding of people and their motivations comes from a highly successful career in the Intelligence industry.

I am currently in early draft stage of my most recent Spec-Feature, with my last script in the hands of producers with a view of an option.