How to Build Your Creative Support Network

Posted 1 year ago by Michele Meek 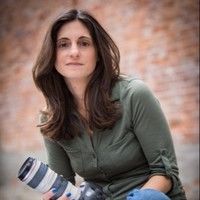 Friends, family, project collaborators, social media connections—I’m sure your network is abundant. But in all likelihood, you’re missing out on a mastermind group—a creative support network of individuals who guide each other through professional challenges.

Mastermind groups are well known in the business community, yet rarely used by filmmakers, writers, actors, and other artists. Personally, I think it’s time creatives start leveraging this idea for themselves.

What is a Mastermind Group?

The origination of the mastermind concept is credited to Napoleon Hill who wrote about how Henry Ford and other successes profited by leveraging connections with “great minds.” Over the past century, masterminds have been co-opted by executives, coaches, and organizations. Some of these groups, led by industry experts, can cost hundreds or thousands of dollars per month to join. But, fear not, the idea can be harnessed by anyone for free.

The core principle is that two heads are better than one, and five better than two. Of course, for that to be true, you need to bring the right heads together in order to access intelligence and knowledge beyond your own individual experience. Through collaboration, you’ll find you can effectively generate ideas and questions, strategize solutions, and make action plans. And let’s face it—it sure beats sitting by yourself and staring at the wall. And I’m guessing we’ve all done enough of that recently.

Ultimately, a mastermind group is a regular meeting of about 5-8 members who come together for mutual accountability, brainstorming, feedback, and peer support.

You can start your own mastermind group with a few of your peers. After a few weeks, you’ll likely be hooked. Back in 2017, I helped found the first Mastermind Failure Club, and ever since, we’ve met for two hours nearly every week. Our group of seven artists, writers, strategists, and designers have transformed our lives, businesses, and careers—all as a direct result of these meetings. We have supported each other through personal hurdles, career path shifts, new product launches, re-branding efforts, and professional milestones. We’ve also begun to coach others on how to form their own groups, and I recently published the short book The Mastermind Failure Club (which I’ve now made free to download! Learn more in my bio below) so others can learn how to start their own group.

I believe that this idea is particularly needed in our creative community of entrepreneurs and artists because we do so much of our work in isolation. A mastermind group enables us to combine our experience, hold each other accountable, foster collaborations, and access the motivation and support needed to propel our professional paths forward. 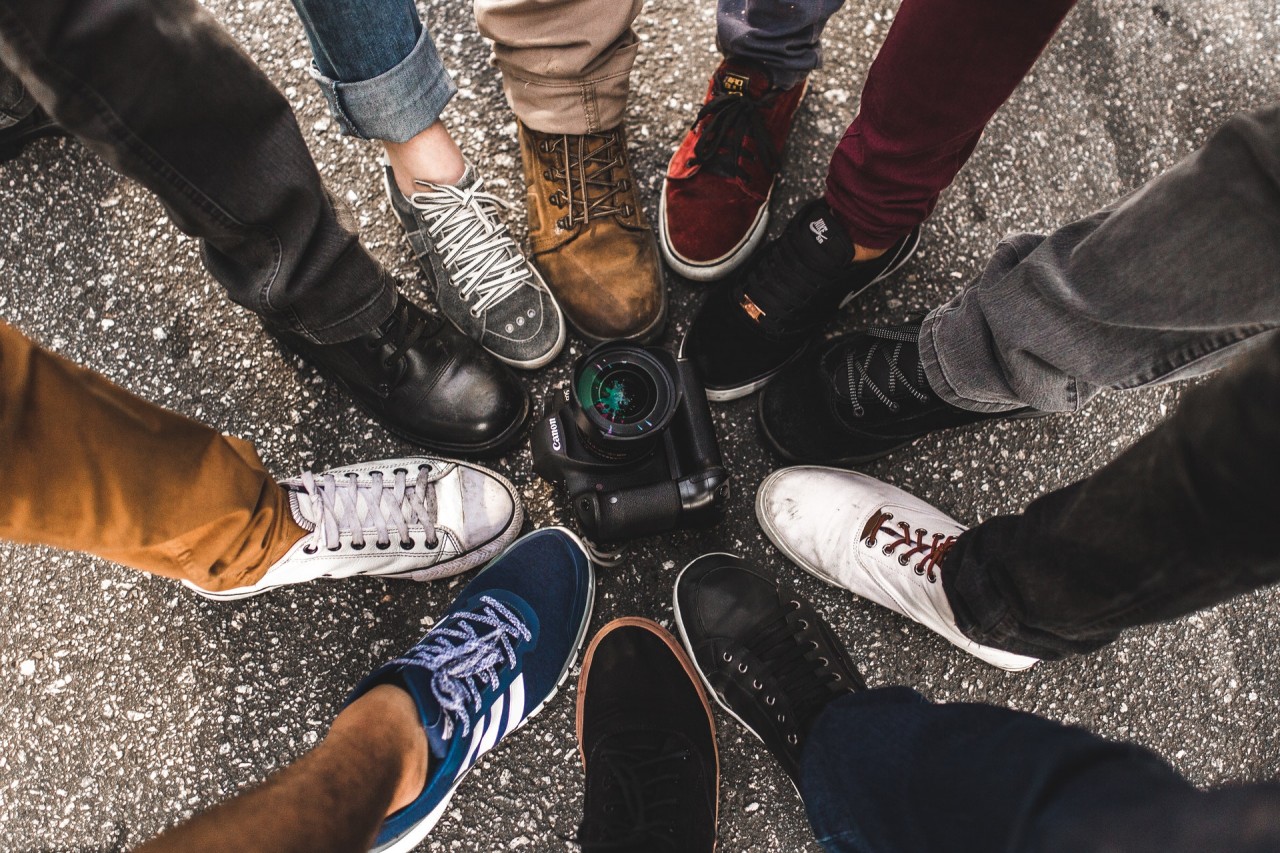 Curate Your Cohort through Shared Values

Keep in mind that it’s a lot easier to invite someone than un-invite them. I suggest you carefully choose members who share your core values. If you’re not sure what yours are, check out the simple values exercise in my bio below. You’ll want to make sure you’re on the same page with anyone you bring into this circle with you. Shit can get real in this group. So, only invite people you trust.

In particular, you need to make sure each member will be able to both give to the group and take from the group. I’ve found that it’s easier to come up with a list of people who need this sort of group than people whom this sort of group needs. Maybe everyone needs a group like this. But, trust me, not everyone would be a constructive member of such a group. Ultimately, you’ll want peers who are not only excited by new ideas and actively working towards improving their professional lives, but also curious and eager to make a positive impact in other people’s lives. 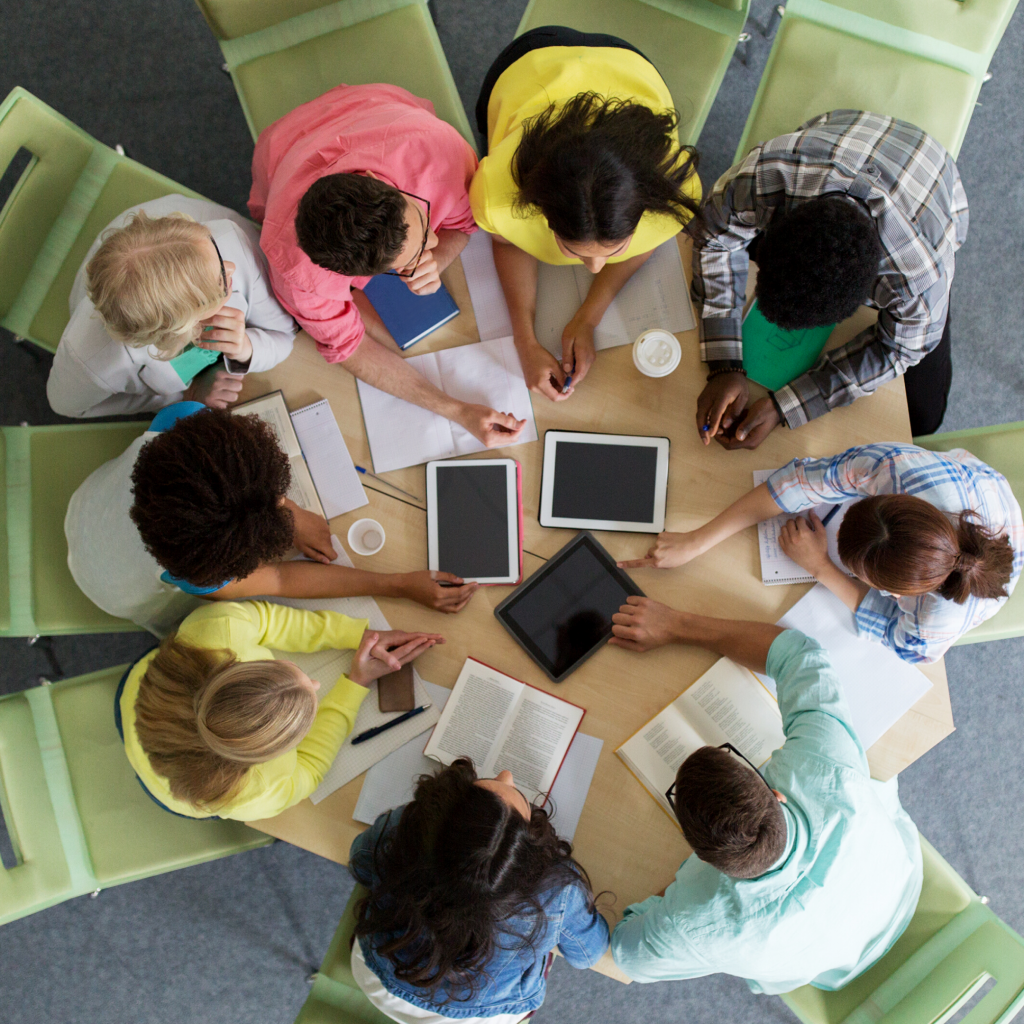 Everyone is Unique—and That’s a Good Thing

Of course, everyone in your group will be unique. In fact, I think it’s better to assemble a group of individuals on slightly different career paths. Sure, fellow filmmakers can give each other feedback on each other’s films, compare tools in their field, or share knowledge of a festival. However, someone in graphic design might have thoughts or resources to help a filmmaker build their website, and someone in distribution might have ideas about how that filmmaker can plan ahead for disseminating their work.

In other words, don’t assume that because you’re a writer, your group should be all writers. If you want to start a writers’ group, that’s another thing entirely. Your mastermind group is not there only to give you feedback on story ideas; it’s meant to help you navigate the bigger picture of your life and career. If another writer can help you do that, great. But don’t rule out a range of artists and entrepreneurs who might also be a great fit.

In my own mastermind group, I’ve seen amazing collaborations form between group members because we are in different industries. Plus, when you’re not on the same exact career trajectories, there’s no need to be competitive with your group members. Instead, the mutual goal becomes for all of you to get ahead. 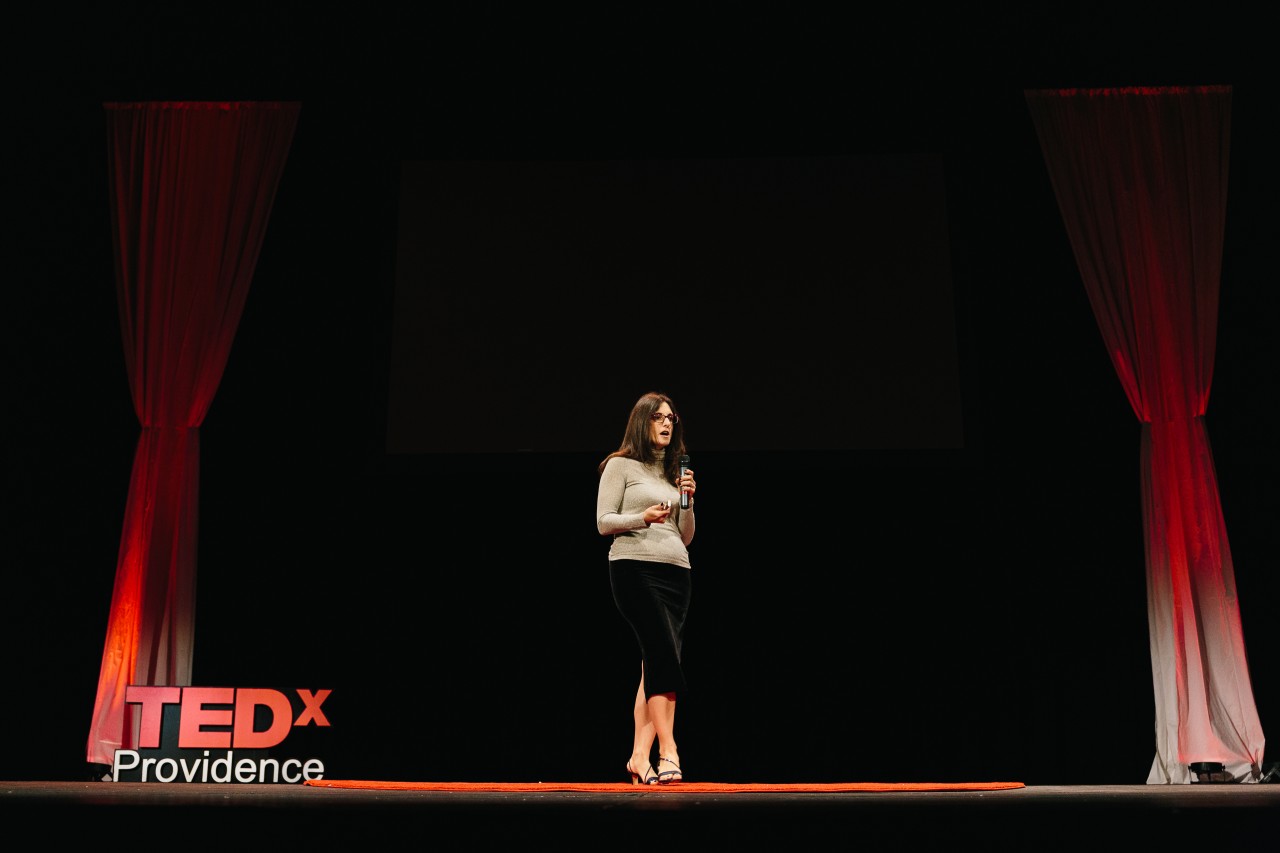 Do you know that cliché about how success is 90 percent showing up? Well, a mastermind group is no different. For the group to be effective and meaningful, the first step will be that you all commit to attending regularly. How often you meet and for how long will be up to you and your peers. Some masterminds take place over several months or a year, while others (like mine) are more open-ended. If you’re unsure, you might start with an initial chunk of time—like three to six months—so that everyone knows that in order to participate, they will need to commit to the dates within that period.

There are plenty of ways to host your meetings. For the first gathering, you might let everyone introduce themselves briefly (especially since they might not know each other) and then split up the time for everyone to have a turn in the “hot seat.” To me, an even allotment of time for every participant is an essential element for the group. Some people tend to be quieter in groups than others—and ensuring that each person has a chance to share and get feedback on some idea, concern or question is the main purpose of the group.

If you’re using the group to gain momentum to plan and launch new projects, you might have each member arrive at the first meeting with a goal they want to achieve within the, say, six-month session. That’s actually how we started in my Mastermind Failure Club—although, for me, it quickly became apparent that the last thing I needed was another project. Instead, I needed to start scaling back projects so I could focus on the ones that matter the most to me. I credit my group members for recognizing that the point wasn’t for me to stick to some original plan, but to follow the process of discovery that comes from honestly thinking about and discussing our professional goals and personal obstacles.

No matter what, be open to what the group can bring you and your fellow group members. You will likely realize that you learn more through listening and asking questions than you do by speaking and giving advice. For me, this has been the most life-changing aspect of being in a mastermind group—it’s completely altered how I think and what questions I ask, even of myself. And as a solopreneur/artist, it has connected me with the regular mutual support of a group of great minds whom I respect and continue to learn from. 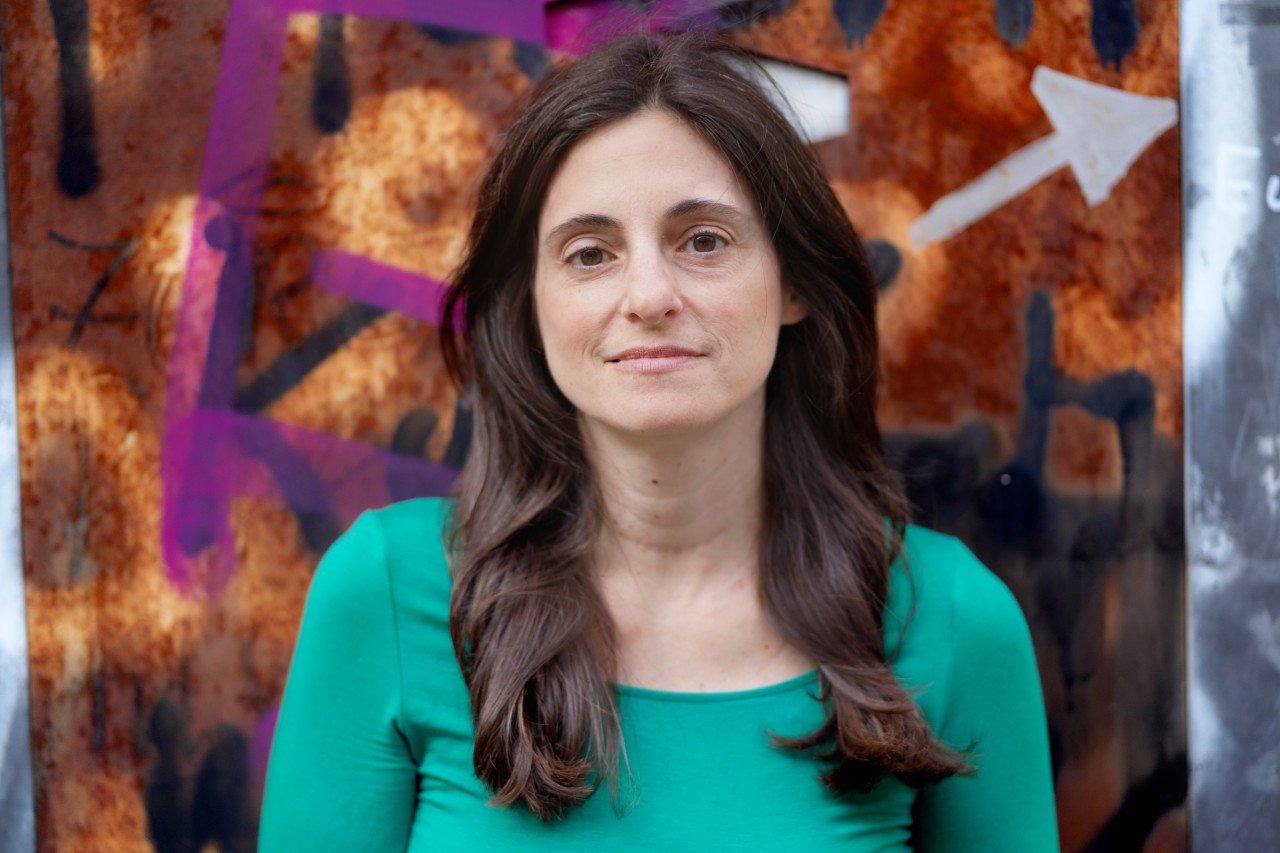 Dr. Michele Meek is a writer, filmmaker, professor, and the founder of NewEnglandFilm.com. Her most recent books include The Mastermind Failure Club: Self-Empowerment for Artists, Filmmakers, Writers, and Other Creative Entrepreneurs (2020) (available on Amazon or for free download) and Independent Female Filmmakers (2019). She has directed numerous award-winning short films, including Imagine Kolle 37 (2017), and she worked as associate producer on the documentary feature Salvage (2019), which premiered at SXSW Film Festival. For more information, visit her website at https://michelemeek.com. 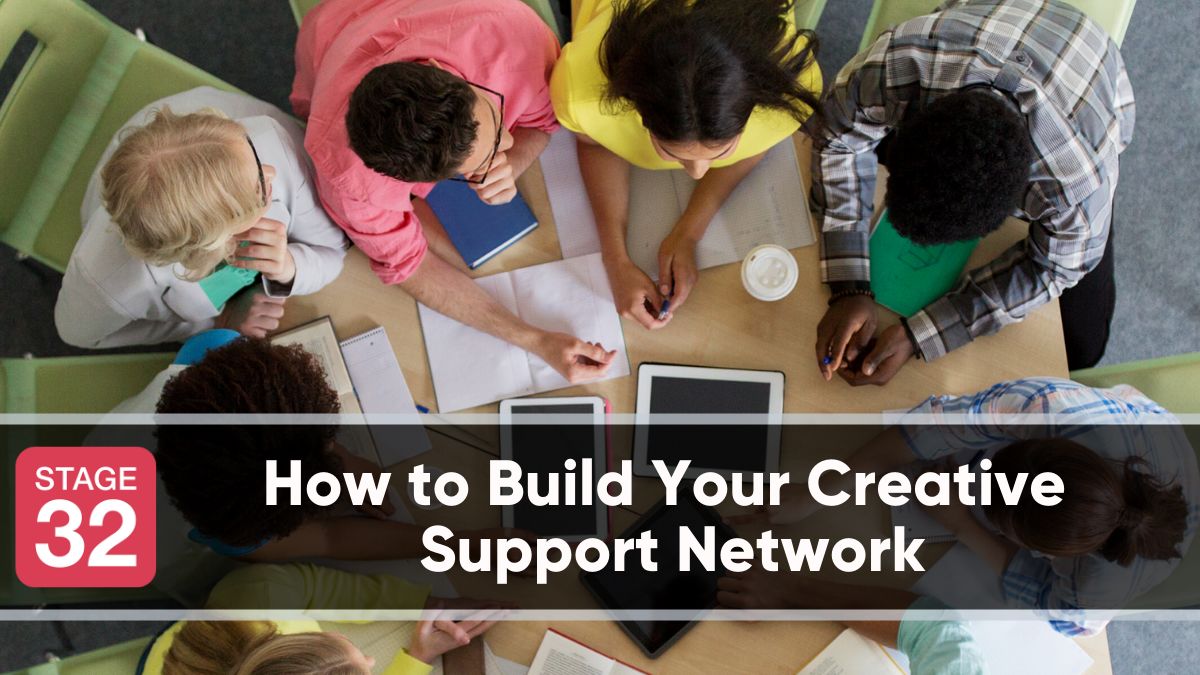