Welcome to the weekend everyone.

Before we get started, a reminder. The February edition of On Stage With RB, which includes to terrific interviews with industry insiders David Harris and David Paterson, is now available On Demand. You can view the webcast here. You can also view any or all of the previous 20 On Stage With RB webcasts here.

Under ENTERTAINMENT NEWS this week: A rare look at how The Godfather script took shape; Canada wants 50% of their film directors to be women; how the hottest cinematographer in the industry learned lessons from failing; Amazon continues their move into Hollywood; Sean Parker wants you to watch first run films in your living room…for $50; a NY theater is looking to sell films in a more social way; why theaters and the moviegoing experience needs an overhaul; an examination of the "dire" film business; China’s biggest film ever could teach Hollywood a lesson or two; Martin Scorsese takes a pay cut for his art; SXWS and Tribeca round out their film schedules; Vimeo and HBO up their original content slate and much, much more.

In the VIDEOS section this week, a look at the art of video editing, the art of the shot/reverse shot used to perfection by the Coen Brothers and the style of Steven Spielberg illustrated in 30 shots.

Under TIPS, I have editing, camera, filmmaking, screenwriting, acting and composing tricks and info.

Plenty going on around the neighborhood as well. You can read all the happenings under STAGE 32 NEWS.

There have been thousands of Stage 32 Meetups around the world since our launch in 2011. Check to see if there is one in your area under STAGE 32 MEETUPS.

We’ve booked some amazing industry instructors over the next few months. You can check out what’s on the slate under STAGE 32 EDUCATION.

Also thrilled to see so many 32’ers scoring wins through the platform. You can read all the latest tales of victory under STAGE 32 SUCCESS STORIES.

And, finally, activity in the Lounge continues to climb. I’ve pulled dozens of the best threads from a variety of Lounge topics and listed them under POPULAR AND INTERESTING LOUNGE DISCUSSIONS.

Remember, I welcome remarks and healthy debate on any of the content below in the Comments section.

Hope you all have a terrific and creative weekend.

Exclusive Interview With Independent Film Producer David Harris - February On Stage With RB Now Available On Demand – The February edition of On Stage With RB was our highest attended yet! Nearly 2200 viewed the webcast LIVE! Incredible! I was honored to have two incredible guests on the show - independent film producer, David Harris, and writer, actor, producer, David Paterson. Both provided an amazing amount of information and inspiration. The entire webcast can be viewed here.

5 Things To Help You Stand Out At An Improvised Audition - commercials and some re-enactment parts come to you with one simple instruction: 'No sides, all improvised'. For all those trained comedians, this is a huge relief and they can walk in excited to play with new scene partners. For the actors who are more comfortable with scripts…panic will start to set in. "Improv?! Do I have to be funny, what if my scene partner stinks at improv?" Click here to read the five things you can focus on that will make your auditions memorable.

Camera Update by PlanetMitch - March 2016 - February has been a busy month for camera announcements. And I suspect March will be as well leading into major events like WPPI and NAB. Canon, Nikon, Sony, and even Pentax had major announcements. And interestingly, only one of them was mirrorless. I don’t know… seems like the entire planet is talking ‘mirrorless this’ and ‘mirrorless that’ but yet I also recently found that in 2015, mirrorless sales were only about 10% of the market! Read Planet Mitch’s camera update here.

4th Annual Stage 32 Oscars Contest Results – It’s the moment you have all been waiting for! It's time to announce the Stage 32 4th Annual Oscars Contest winners! We thank everyone who participated. With more entries than ever this year, we had a grand total of 40 winners! First up, we have a 16-way tie with 16 correct for 3rd place and a 17-way tie with 17 correct for 2nd place. And finally, with a BIG congratulations to our top prize winners, we have a 7-way tie for 1st place with 18 correct! Leading the group is our very own fearless leader, RB, who was probably the only person to predict Spotlight as Best Picture winner besides the producers of Spotlight and their families! Click here to see the list of winners for this contest!

What Makes Me Interested In Your Script? A Development Executive's Perspective (MAR 12) Stage 32 Next Level Education is excited to bring in Agustine Calderon, Development Executive at RatPac Entertainment (Oscar Nominated, THE REVENANT, ENTOURAGE, TRUTH, HORRIBLE BOSSES, JERSEY BOYS) to teach an exclusive Next Level Webinar, What Makes Me Interested in Your Script? Agustine’s day-to-day role at RatPac is to help develop screenplays and projects. Whether it’s shaping the story of a script in order to attract a director or actor, breaking down a script in an effort to maximize its marketability, or simply working with the writer to ensure that the script has the best chance of success, Augustine is hands on in every step of the creative process. Understanding every aspect of how and why a film goes from the page to the screen is crucial to being a professional in the film industry. It truly can make the difference between a “Pass” or a “Yes”. If you are a writer looking to learn what exactly gets a Development Executive interested in your material or if you are a producer and want to understand the mindset of a Development Executive as it relates to developing your project, look no further – you will learn the entire truth straight from someone working in the trenches every single day. This is material designed to give you a competitive advantage in a crowded marketplace!

What you will learn:

What Causes a Development Executive Like Me to Get Excited About Your Material?

What Causes Me to Pass?

And much, much more! Click here for full list of things you will learn and information on how to register!

Dilemma: Learn To Craft The Dramatic Core of Your Story - Dramatize Your Story by Using Dilemma, Crisis, Decision & Action, and Resolution (PART 3 - MAR 14) Jeff Kitchen is one of Hollywood’s top screenwriting teachers, and will train you to dramatize your stories by using Decision & Action, and Resolution. It works in any genre, and always amplifies the inherent dramatic power of any story. This puts the protagonist in a more complex and compelling situation and attracts top actors who seek roles with substance, depth, complexity, and challenge.

What you will learn:

Beyond The Page: The Business Side of Breaking In & Getting Work as a Screenwriter – (MAR 15) Learn directly from Michael Poisson, Director of Development at Silent Machine Entertainment, Krysten Ritter’s production company that has a first look deal at Universal TV. Michael is also a comedy writer who used his insider knowledge to land a manager, and get two projects in development at TV production companies. In this Stage 32 Next Level Webinar, your host Michael Poisson will guide you through the business side of how to become a working writer in Hollywood. Writing an awesome script is only part of the process for becoming successful in this industry. Having worked on various projects from both the executive side, as well as the writer side of things, Michael has obtained great insight for how to avoid the difficult terrain when meeting and working with producers, studios, and networks.

You will leave this webinar knowing:

Emmanuel Lubezki’s Take on Failing Might Explain His Three Oscars

In New York, Selling Movies as a Social Experiment

Why Theaters and the Overall Moviegoing Experience Need an Overhaul

Everyone, Including Martin Scorsese, Worked for Scale to Get Silence Made

The Last Living Child Star: Child Actress Baby Peggy Made the Equivalent of $14M a Movie and Lost it All

Here Are Four Documentary Trends Seeping Further Into the Mainstream

Tribeca 2016 Unveils Final Half of Slate

HBO to Increase Original Programming by 50%

12-Minute Video Essay Breaks Down the Art of Video Editing

Post Magic Made Possible: What Miracle Fixes Can Happen in Your Editing Suite?

How to Perform a Camera Test: Narrow Your Focus to Three Simple Things

What is Your Headshot Telling Casting Directors

There are now 2007 blog posts for you to enjoy. Search them all by tags below. 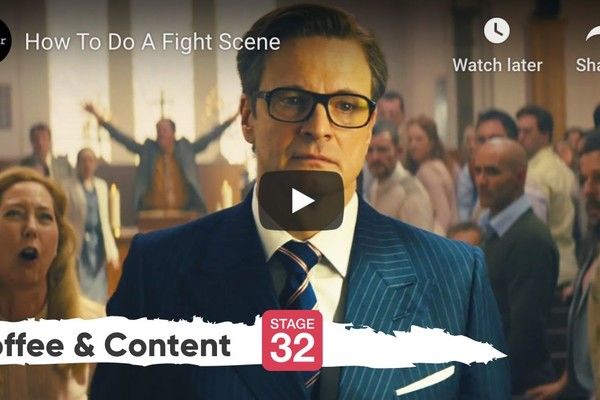 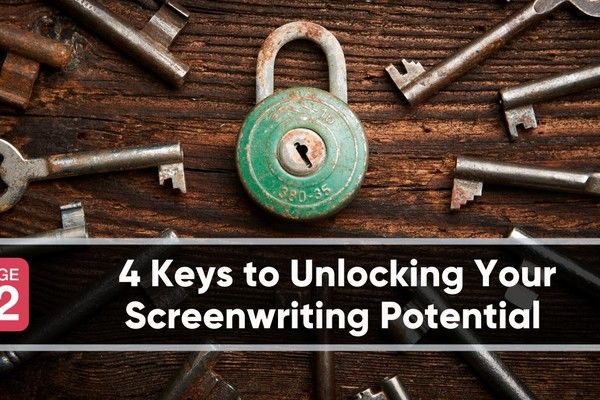 4 Keys to Unlocking Your Screenwriting Potential

Film Plots: 7 Ways to Be Original

5 Lessons Learned From An Aspiring Screenwriter: One Year Later

Australian Writer in Development with LA-based Producer through Stage 32!

The Evolution of the "Producer" Role in Entertainment