Part I: Reality Checks from an Inspirational Cripple

Posted 5 years ago by Tennyson Stead

My name is Tennyson E. Stead and I'm an award-winning writer and director with over 20 years of experience in stage and screen production and an additional ten years spent working as an indie film development executive. While these credentials do hint at my value to the film community, they are not the main reason I've been asked by the excellent people at Stage 32 to write to you today. What makes my words click-worthy, at least right now, is the fact that they're being written by a survivor of our industry's very public negligence when it comes to the safety of our collaborators.

My story is often referred to as 'inspirational' by even my close colleagues and friends because I am overcoming the consequences of an on-set traumatic brain injury. And I am reminded every time I attempt to perform even the simplest task. There's a good chance I'll be overcoming these obstacles for the rest of my life. Obviously the collective act of writing, directing, and producing feature films, and all the other productions with which my company entertains our audience is anything but simple. My powers of inspiration rest in the proven fact that my commitment to my craft, my audience and my show community are stronger than even the most unreasonable challenges Hollywood has to throw at me.

What my new friends at Stage 32 are just now discovering as they read this article is that yours truly has pulled a fast one on them! Nobody is getting 'Tenny the Inspirational Cripple' in this article. Today, I'll be the one asking questions... and my question is this: How can I get independent Hollywood to stop fixating on our collective issues with how Hollywood is run, and start focusing on running Hollywood better? If I can provide inspiring leadership with a traumatic brain injury, what is it going to take to get more people to step up and own their accountability for how our community does business?

Believe me, I understand that there's valid reasons why people don't put more work into challenging the Hollywood system. Getting agents and managers to notice us is hard enough, right? Who will listen to us if we're not supported and validated by the system and the people who work within it? It's too hard to change how things work when 'the way things are done' is so well-established. Complaining about them is the only form of rebellion we have left, am I right? You know I am!

Except here I am, traumatic brain injury and all, building a more sustainable Hollywood system essentially from scratch. When I came out to Los Angeles from Boston in 2002, I was the product of a classical theater education and had built a modest entertainment career as a stage technician and lighting designer on the East Coast. In stark contrast to my East Coast stage ethics, my first job in Hollywood was also my first real confrontation with Hollywood's notorious ethical deficiencies.

Through a friend from college, I wound up cold-calling potential film investors for a production company working out of Beverly Hills. What I didn't realize at the time was that all this finance work was essentially being undertaken to support our producer's routine trips to France. As soon as I closed my first deal, I was fired to exploit a loophole in my contract that allowed the production company to withhold my commission. My first Christmas in LA, I was alone and eating once every three days.

Immediately, I swore off any involvement in the business side of film... and I only met my film finance mentor Keith Kjarval because I was literally too hungry to refuse the work. By Keith's side, I spent ten years prospecting investment capital and helped to build two separate production companies. While the work itself was a tedious and relentless grind of rejection that on paper left me qualified for literally nothing else but sales, Keith and the other people we worked with were big believers in show family as a vital part of success in entertainment.

My nose was in everybody's professional business and I was respected enough to be encouraged in my self-education. What's more, I wound up working with some of my professional heroes for extended periods of time. For about two years, I was working just a few doors down from venerated film composer Basil Poledouris, who scored one of my most personally treasured movies - RoboCop. All the time, Basil would let me wander into his studio and listen to him work. When I later followed Keith to support him in his effort to found Unified Pictures, we initially shared our space with David Lynch's production of Inland Empire for about six months. While the film was in production, I took every opportunity to volunteer on set and met some truly wonderful people. Anyone familiar with David's work might imagine working with him to be a kaleidoscopic experience and the reality of his process certainly does not disappoint.

Even better, my friends at Unified Pictures actively encouraged my screenwriting labors. As time went on and I became more confident in my grasp of the production process, I started developing my own feature film productions and directing theater, short film and web shows to build up my craft. By the time I finally left Unified, I'd been writing screenplays for ten years and had a produced writing credit to my name. My departure from the company was impelled by the sheer amount of time I was putting into my directorial and producing efforts and by the conflict of interest that investment was creating with my duties as a financier and executive.

Gradually, my career was leading me to the realization that the most effective methods for handling risk in entertainment are the ones show business people have been subtly passing down from generation to generation in the form of tradition and work ethic. All those habits I'd been taught in theater were the most important tools I was ever going to learn. Working as a film development executive had brought me full-circle in my understanding of the industry and I founded 8 Sided Films to unite my immediate production community in the business practices of a repertory company, in our classical performance values and in our shared passion for genre film.

Working as an entrepreneur in Hollywood hit the reset button on my career both financially and in terms of the respect I commanded. For one thing, I broke my promise never to starve again. For another thing, I wound up making cold contacts to literally thousands of investors without getting paid for it. In some ways, it's been the lowest point in my entertainment career... and at the same time, I'm building something wonderful and lasting for my audience and for the truly exceptional actors and production folks who have joined me in this harrowing process.

While I have experienced uncanny moments of fulfillment, success and beauty while working in independent Hollywood, my luck has not been generous. Even before we get to the brain damage part of this story, I've struggled against routine starvation, as well as lawsuits and fraud. Who cares about rejection or the creative blindness of studio executives? Would you make ten years of cold calls so you could work on a David Lynch set?

On April 20, 2013, I was working as an extra on the set of a reasonably well-known web-series to show my support to one of my actors. For reasons that are now the responsibility of The LA County court system to discern, I was struck in the head with a sword and then misled for over a year in my pursuit of medical attention. When I admitted myself to the LA County General emergency room, I was diagnosed with a severe concussion and a subdural hematoma. Just being alive means I have already defied the medical odds. Having the cognitive abilities that I do makes me a statistical marvel. Good fortune is relative and my symptoms today include tremors, vocal disabilities, walking disabilities, chronic fatigue, chronic pain and a host of other conditions. By this point, I think I've actually met at least half of the other people in Los Angeles County who have survived an injury like mine. There aren't many of us.

So long as my symptoms persist, no reasonable person is going to hire me as a director or producer. Apart from my screenwriting, my only future in Hollywood is the future I build for myself, my show family and my audience. Whether we choose to call it prejudice or rational risk mitigation, I am effectively in exile.

So was Caesar. I've always been interested in how he turned that situation around.

Tennyson is a produced screenwriter, an award-winning director with 20 years of experience on stage and screen and a seasoned film development and finance executive. Tennyson's efforts are focused on the establishment of 8 Sided Films as a repertory film company, both through excellence in feature film production and through the cultivation of a well-structured cultural community that successfully and productively brings together entertainers and audience members. Together, Tennyson believes these professional labors will secure a sustainable future for 8 Sided Films and for Hollywood just as they have provided for the last several centuries of growth in the entertainment business.
Currently, Tennyson's projects include the development of 8 Sided Films' first theatrical feature film, Quantum Theory: Two women of science build a prototype with the power to alter reality itself. When that device is stolen and deployed by a sinister defense contractor, the only way to save our world... is to reinvent it! Additionally, Tennyson is writing, directing and producing the satirical entertainment industry webseries 'Smoking Hollywood' and the Cold War science-fiction webseries 'DECLASSIFIED' for 8 Sided Films, is writing a play entitled 'The Dream Factory' for the Stuart Rogers Playhouse in North Hollywood, CA to open on Friday, October 7, and spends a great deal of time keeping his body healthy enough to undertake such an involved workload in the wake of his recent traumatic brain injury.
You can connect with Tennyson right here on Stage 32!
For more on the standards and practices that make this work possible, please visit Stead's blog, The Developmental Breakdown: http://www.8sidedforum.com/group/the-developmental-breakdown 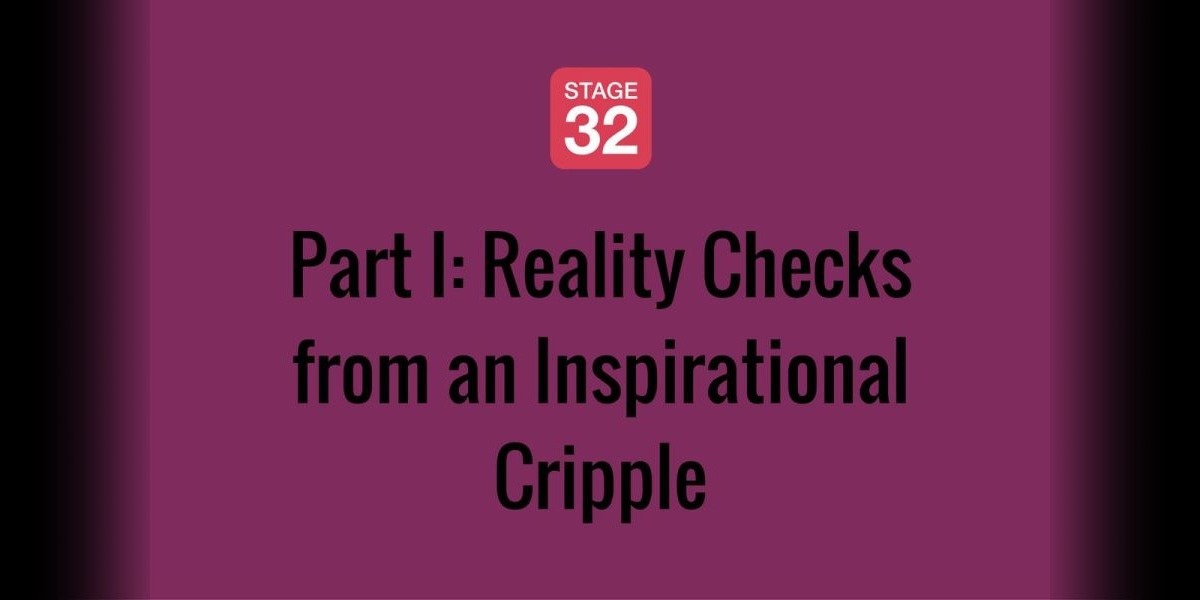