During the last On Stage With RB (available here) I was asked if we had any intention of hosting live classes and seminars around the world. I couldn’t let the cat out of the bag then, but I’m thrilled to say I can now.

For our first Stage 32 Live! event we've brought in my good friend and a man who has been hailed as “The King of Independent Film”, Dean Silvers.

During his 20+ year career as a screenwriter, director, producer, distributor, and entertainment attorney, Dean has worked on a plethora of film and television projects and launched many careers including that of David O. Russell. Dean produced O. Russell’s first two films, Spanking the Monkey and Flirting With Disaster, bringing the former to the Sundance Film Festival where it won the Audience Award for Best Dramatic Feature.

Most recently, under the banner of HarperCollins, Dean published the New York Times reviewed Secrets of Breaking Into the Film & TV Business: Tools and Tricks for Today’s Directors, Writers, and Actors. The book recently hit number 1 on Amazon in the Performing Arts category. It truly is a fantastic read and one I can’t recommend enough.

I so appreciate Dean’s drive, desire, and remarkable insight to the current state of the film and television industries – not to mention his prodigious teaching skills – he was a no brainer choice when we were searching for the first host of our Stage 32 Live! series.

For starters, we will be bringing Stage 32 Live! Presents: Dean Silvers, Secrets of Breaking Into the Film & TV Business - Tools & Tricks for today's Filmmakers, Directors, Writers, Actors, Producers and Editors to New York and Los Angeles. Other cities will be announced soon.

My thanks to Dean for helping us launch our Live! events. 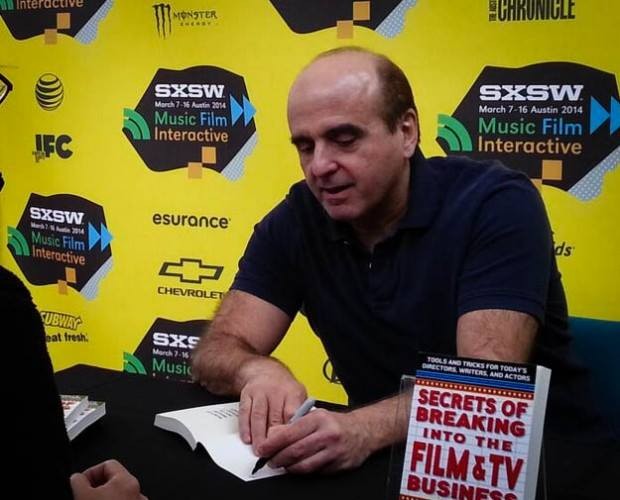 To learn more, see a video of Dean speaking on The New York Times Close Up and to register, click here.