Today we announce some exciting news for our filmmakers. Stage 32 has partnered with St. Petersburg/Clearwater Florida Film Commission to turn your short screenplay into a produced short film that will screen at 3 festivals!

The amazing team at St. Petersburg/Clearwater Film Commission are providing a $20,000 production grant to a lucky winner who will have the opportunity of a lifetime! The winning writer and director will be flown to Florida, cast & crew their film using Stage 32, be mentored by Sundance director JT Mollner on set and have the entire production professionally managed by production company Digital Caviar.

Filmmakers are to submit a 7-10 page short screenplay that is specifically written to be shot in St. Petersburg/Clearwater, Florida. The script can include beach, tropical, downtown urban, arts centric, craft beer or sports locations.

Short film content is on the rise and is steadily and successfully being used as a calling card, or as the insiders call it “proof of concept”, into the industry every day. Stage 32 has a proven track record of providing guidance, resources, opportunities and educating new voices. With this new contest offering, Stage 32 is guaranteeing a professionally produced short film that’ll be film festival ready and most importantly, that you’ll be proud of.

“We are really excited to partner with Stage 32 on this screenplay contest. It’s not just a screenplay contest, it’s an opportunity for you to actually get your script made.” – Tony Armer, St. Petersburg/Clearwater Film Commissioner

THANK YOU TO OUR SPONSORS!

Reinventing how the entertainment industry works and interacts to make productions simple.

Zacuto creates production grade, filmmaking camera accessories. Our gear is made entirely in the USA, designed by filmmakers for filmmakers. It comes with an unparalleled lifetime warranty and our world renowned customer service. We have a singular philosophy on camera rig design—balance! 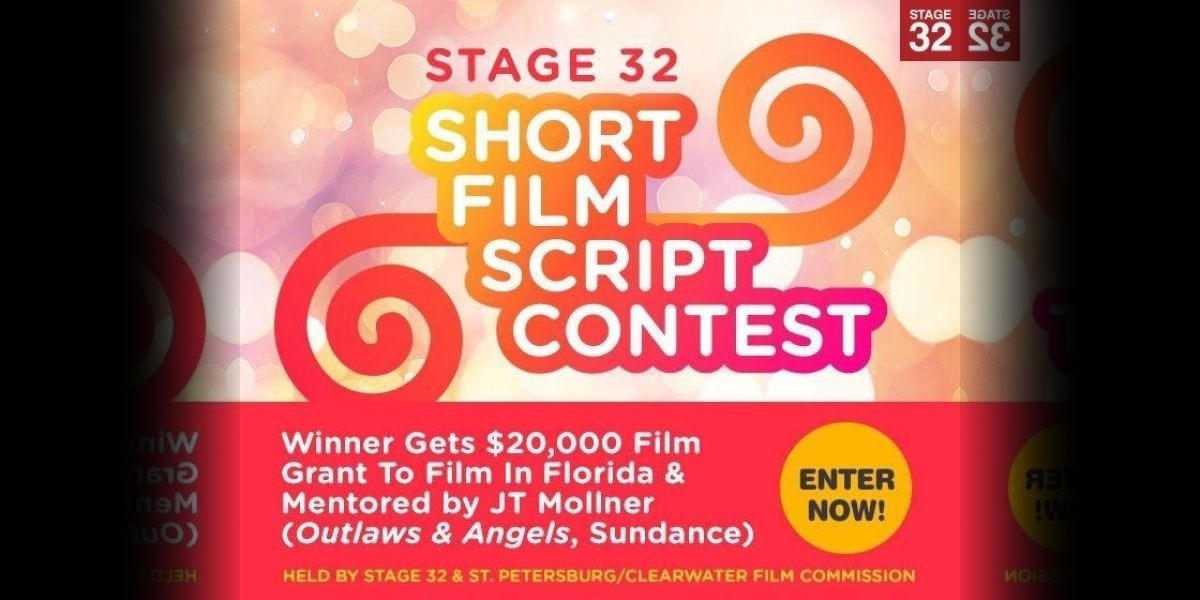