The First Steps Towards Professionalism

Posted 6 years ago by Tobias Schachinger 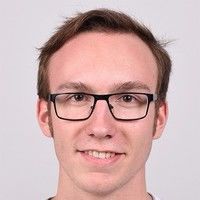 We all know that filmmakers come in all ages, races, genders and creeds. We at Stage 32 want to support them all. Today, we will be hearing from one of our younger members about his journey to learn filmmaking and how that has led him to turn a hobby into a passionate career.

Tobias Schachinger will share his advice on productivity and how his team has taken their first steps toward becoming professional filmmakers. Enjoy!

My team's latest short film, Trust, had a lot of firsts for us: First time, we shot in a location not owned by a team member and the first time we received sponsoring from a local company. But before that, we spent over two years just about filmmaking, hardly ever releasing anything. I'd like to share some of the most important things we learned about productivity over those two and a half years and tell you how we managed to get a location and a sponsor. First, let me tell you a little bit about who we are.

Everything started in the summer of 2013 when two 15-year-old Austrian high school students named David and Tobias (that's me) wanted to make a parody of The Walking Dead. All we had was a Sony DSLR with a kit lens and a tripod. So we got one of our friends to do the cinematography (that is, to hold the camera) and walked through the woods a bit. This is what the first "trailer" of our web series "Zombie Academy" looked like:

Well. Quite embarrassing. I wasn't sure if I should put this in here, but I want you to see that we really started from nothing.

Anyway, we quickly realized that three people weren't gonna be enough. We needed actors (zombies can't all look the same) and more crew members (without CGI, you need someone to make people look like zombies). So we got a few more people on board, and after a while, we had a pretty solid team:

So our team was complete. A bunch of high school students who didn't know what the hell they were doing, but we had fun doing it!

1. Set a realistic deadline for your project.

I'm a procrastinator. I'd even say I'm a master of procrastination. The parody of a german saying roughly translates to: "What you can do today, do not put off to tomorrow. Put it off to the day after tomorrow, and tomorrow will bring no sorrow." I think it lies in human nature to procrastinate: However passionate you may be about something, watching Netflix always requires less effort.

But there is one way to overcome procrastination. Deadlines. Set yourself personal deadlines and stick to them, and you won't have a problem. Sounds simple enough, right? Well, with just a little bit of self-discipline, it is.

This doesn't just apply to single tasks that you have to do every day, you also need to set deadlines for entire projects. Our first project – Zombie Academy – never got finished. Wanna guess why? Well, actually, there were some personal differences between crew members that made it impossible to keep on shooting. But had we had a deadline, we could have finished the project long before those differences came up.

So set a realistic and specific deadline for your project and stick to it. Realistic means you should give yourself enough time to be sure you can actually make it happen, specific means the deadline should be "March 28, 2016", not "some time towards the end of this month or maybe the beginning of the next one." The latter doesn't work. You won't meet it. Period.

The first time we shot for “Zombie Academy”, we had a script, a camera and - well, nothing else. That's it. And as you can imagine, it was a disaster. David and I didn't know our lines. When the cinematographer (we'll use that very loosely. Really he was just a guy holding the camera) asked me how I wanted him to shoot it, I was like "well, you know, just, like, hit record, and, I dunno, film us?" If something like that could turn out into a good film, everyone would be a filmmaker.

So we learned pretty soon that the actors should know their lines and there should be some kind of plan so the director and "camera guy" know what shots they should get. A while later we realized that it would be pretty helpful to have a schedule and make sure in advance that we can make our day. An important thing to keep in mind when doing that is, schedule more than enough time for every shot and don't forget about setup time (setting up lighting, audio etc.). Planning to shoot until 11pm and finishing at 8pm is always better than the other way around, especially when you're not working with professionals.

Little tip: For shot listing and scheduling, "Shot Lister" is a great app. You can not only make your shot list and schedule shoot days, you can also bring your tablet to the shoot, check off the shots you've got and reschedule live if it looks like you're not gonna make the day - and it's free!

Those two things - shot listing and scheduling - were enough for a while, but for "Trust", we did more. It was our biggest production yet! So we got ourselves a plan of the location, bought an app called "Shot Designer" and made detailed sketches (so-called overhead sketches), blocking out every shot without having to be on location and have the actors and DP there. With the app, we were able to animate actors, cameras and insert props and lighting. In addition, we made a lined script (which means to draw a line across your script for every shot to see exactly where it starts and where it ends) to visualize how much coverage we would have for every part of the script.

Also, we actually incorporated rehearsals this time around. This way we could make sure the actors really knew their lines and did everything to convey the right emotions. Taking care of all that beforehand saved a lot of time and hassle in production.

So to sum up: Planning makes perfect. Or at least, gets you to the finish line without driving yourself and your team mad.

3. Perfectionism in post is good, but stick to your deadline.

You may have heard/read this a billion times, but maybe you haven't and in that case you should: "You can't fix it in post." If you're on set and you realize there's something you can't pull off the way you wanted to in camera, you shouldn't say "we'll fix it in post", because odds are, you can't. And that's true. Post production shouldn't be your "way out" if something goes wrong or doesn't look the way you imagined.

But that doesn't mean everything has to look perfect in camera. If you have multiple shots of everything (which you can make sure of with a lined script), you can easily fix messed up shots by editing in others. If you like the first part of one take, but the second part is better in another one, just put a different shot in between to hide the transition. The same goes for audio - just evaluate all your options and get creative.

And even if you don't have any other coverage, by doing some reading and watching some YouTube tutorials, you can usually learn pretty quickly how to do some more advanced stuff like masking, tracking or rotoscoping to fix your image or how to apply advanced transitions and effects to your audio. However, if you're just working on little imperfections, it can drive you crazy. Don't let it. It's way more important to meet your deadline. Odds are, viewers won't notice every little mistake.

How did we get our location and sponsor?

So how did a few 17-year-olds get a location and a sponsor? Well, here's Shia LaBeouf to answer your question: 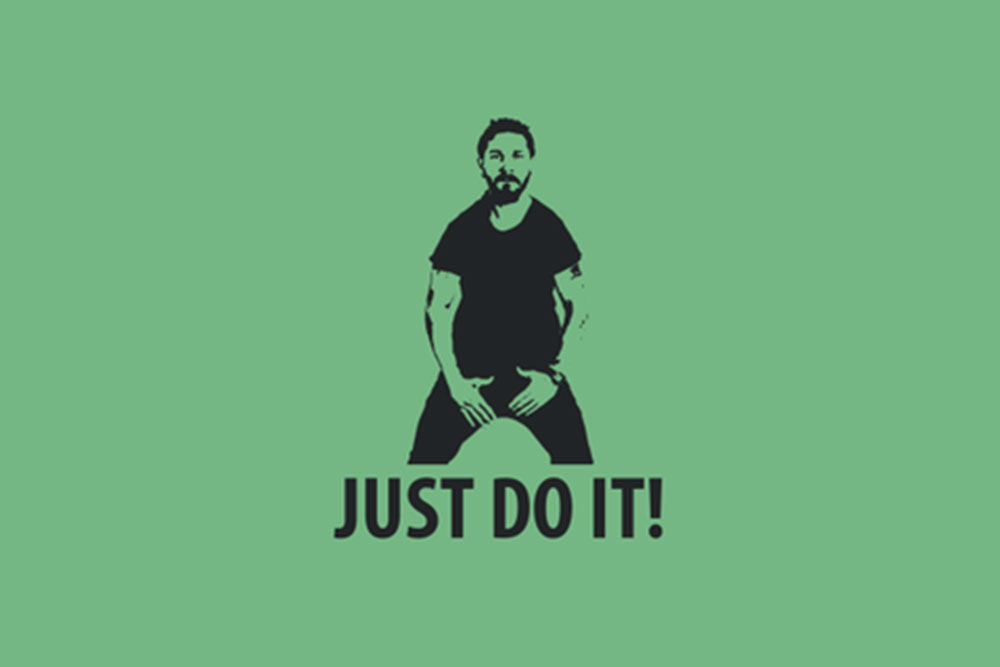 That's right. Just get out there and do it! It's that simple (of course, not always easy.) Find what you need. Write e-mails to local companies or places and ask if you can get a little money/shoot there. For the sponsorship, all I did was write a few e-mails to local banks and restaurants, bluntly asking for a specific small amount of money to support a film project. It doesn't matter if you get a no (or, which is more likely, no answer at all), there are lots of companies that want to support local projects. And you don't need to live in some big city for that, it's actually an advantage to live close to a smaller town, because smaller local companies are more likely to support you, and they make it easier to talk to someone in charge.

By the way, here's a tip if you're thinking about launching a crowdfunding campaign: If you don't have some popularity and a bigger fanbase already, going to companies and just asking for small contributions will get you a lot more money a lot quicker and with a lot less effort.

Anyway, so that’s it. I hope this was a little helpful to someone out there wanting to know where to start. It doesn't have to be flashy or come with tons of awards. Taking the first step and then another will lead you to places you could have never imagined. It's those experiences that will craft a long-term career. I wish you all the best with your own projects!

Tobias Schachinger is a 17-year-old high school student from a small city in Upper Austria. Together with a few friends and schoolmates, he has spent the last few years learning how to make short films by simply doing it. Their first short film "The Deal" was released in Summer 2015, and their second one called "Trust" just came out this week. (View here!) Both films were made in collaboration with other Stage 32 members.

Tobias will graduate high school this summer, after which he plans to go to university to study Media Technology and Design so he can become a professional filmmaker one day. 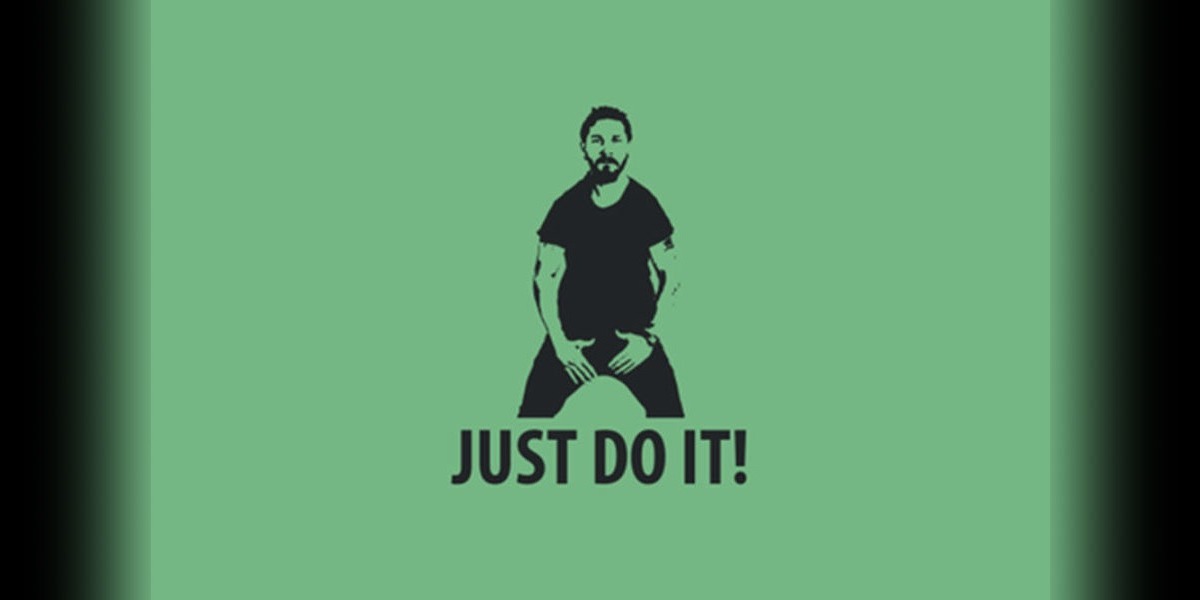