Posted 3 years ago by Isabeau Vollhardt 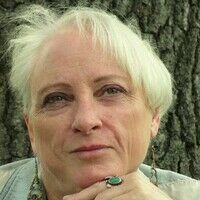 “All work and no play makes Jack a dull boy.” (Or Jill a dull girl.)

Our modern world is out of balance because obvious nose to the grindstone work is how we define ourselves, and is seen as the only activity worthy of merit.

The creative, who, to outsiders, looks like she or he is “doing nothing” or “has a lot of free time,” actually is working during those non-structured times. Work brings joy, yet don't let the joy deceive you into a 24/7 work life. That kind of life won't work in the long run, because everyone needs a break. Everyone needs down time. Especially creatives, because that’s where the spark ignites.

Daoist philosopher Zhuang Zi knew all about play when he wrote “Rambling Without a Destination," one of many stories in The Inner Chapters by Zhuang Zi (Chuang Tzu) which is excellently translated by Burton Watson and a great addition to anyone’s library.

The Role of Free Time in Creating Play 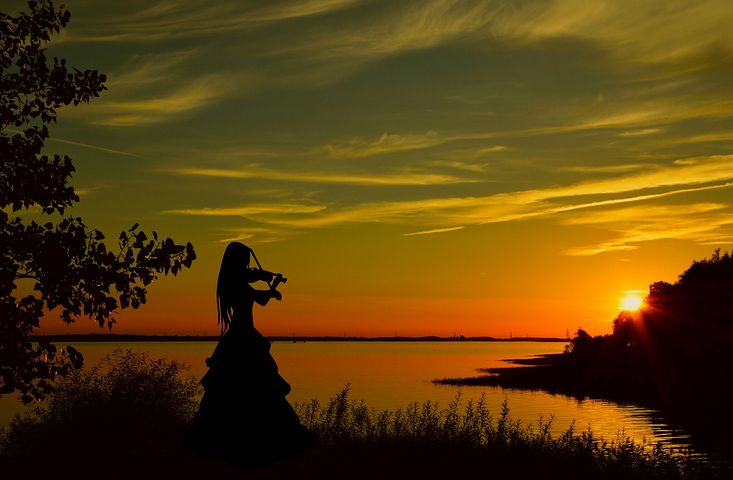 Everyone, in order to be healthy in a balanced way, needs unstructured activity. This is time they can call their own where they can do whatever they want on their own schedule. The American corporate culture would say that any time spent like this is wasted.

I wholeheartedly disagree, and I hope I can persuade you to consider that ‘playtime’ actually benefits you in your creative work, as well as in your overall life.

From a Chinese Medicine perspective, work is structured activity. You show up at a certain time, do a certain job, focus on the task at hand, and then leave at a certain time. Play is not considered structured activity. Nor is it considered wasted time, which contradicts what we’re taught in this work-obsessed 21st century. (In fact, from a quantum physics perspective, one can argue whether time as we describe it with clocks and calendars and the linear time frame produced from verb tenses even exists.)

All action is movement, even when it appears to be inaction, which is movement working in a quiet dynamic balance with its partner called ‘rest.’ The creative impulses within us need all kinds of activity, including rest and play, yet we’re goaded into thinking we need to work it to death. (Pun intended.) For the creative, the challenge can be defining our worth when people around us who aren’t creatives say we’ve “got it easy.” Our work - and it is work that takes a huge amount of energy, imagination, effort, planning, study, etc. - is invisible to those who don’t work in our medium.

Here’s the flip side: For creatives who are doing what they love to do, their work, in a way is play. This is a great thing. Having worked in the pink collar ghetto as a wage slave for many years, I can tell you from my own experience that if you love what you do when you go to work, you’re truly blessed. The pink collar ghetto was not that place for me. The film set or the typewriter may be a place you love, but if it’s all work and no play, it means your waking day fits the description of work, not play. Creative sparks get snuffed out and new ideas have no window through which to enter our consciousness.

Work and Play Are an Inseparable Pair 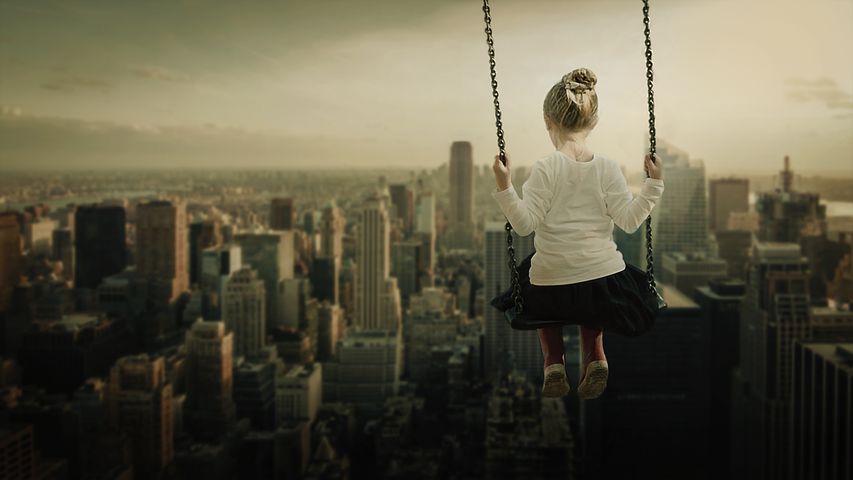 Many creatives may not have learned that energy is finite. This is even true for non-creatives. In the Universe it’s infinite, yes, but within us? Not so much. That’s what contributes to the crash and burn of an immoderate life. Modern American culture, with its emphasis on work at the cost of all other activities, is actually an immoderate paradigm (without the excessive fun that Gustave Flaubert wrote about).

If our creative work becomes a grind (even though we might love it) then we don’t have that relaxed space in our daily life – and I emphasize daily – that allows our creative juices to flow, and gives us some rest from what is, indeed, work. Creatives are doing heavy lifting and it’s often invisible to outsiders or even dismissed by them. Doesn’t mean it’s not work. So ask yourself, what do you do in your down time?

Is it goal oriented?
Does it have a deadline?
If so, that’s a problem.

We all need time in the day where there’s no goal and there’s no deadline, because these are the times when we can relax and just be...whatever.

Here’s an example of surrendering to the need to play: When I was working on my first novel (long story, and pardon the pun), I would reach an impasse where the plot wasn’t progressing and I didn’t know what the characters wanted next. sometimes this wasin part because I wasn’t aware enough at that time to realize that characters write the story and writers just take dictation. Regardless, when this happened, I would go for a walk.

Not far from me was a grade school with a playground where someone had drawn a hopscotch game on the pavement with chalk. It had been a long time since I’d played hopscotch, and I was a lot taller than the child who drew it out on the pavement. I played anyway, and had a good laugh at my incompetence as an adult (because hopscotch is drawn for a child’s height and, well, that's water under the bridge).

Then I’d walk further to the local Mom ‘n’ Pop grocery store and pick up a couple things. I miss those stores. Don't you? Did you ever go into them? These are the questions that come about when rambling just in one’s neighborhood to take a break from the typewriter (Yes, I had one back in the day).

Both of those events sparked creativity because I wasn’t working in that moment. By the time I got back home, I knew where I needed to take my story next. Walking in the neighborhood is something I consider a mainstay to my creative process, like sitting in my garden, puttering in the garden, you get the picture. I was playing and resting, and still do play and rest outdoors.

Rest is a yin activity when compared to work, which is yang. They both need one another. They generate one another, they contain a bit of each other, and when they’re together, we function as a whole person. There isn’t anything in the Universe that is wholly yang or wholly yin – when there is, the Universe will cease to exist. It’s a principle defined by Daoists over two thousand years ago and it applies to anything you can think of; from the stock market to the weather to our physical health to our ability to be creative.

Embrace the rest.
Make room for the down time.
It’s your ally, not a barrier to your creativity.

Does it look boring to others? So be it.

Go ramble without a destination.
Sit in the garden.
Breathe.
Do some tedious housecleaning that doesn’t need thought (it does need to be done by someone) and let that quiet time or rhythmic activity propel you into a different mindset.

Boredom Is the Grandmother of the Creative Spark 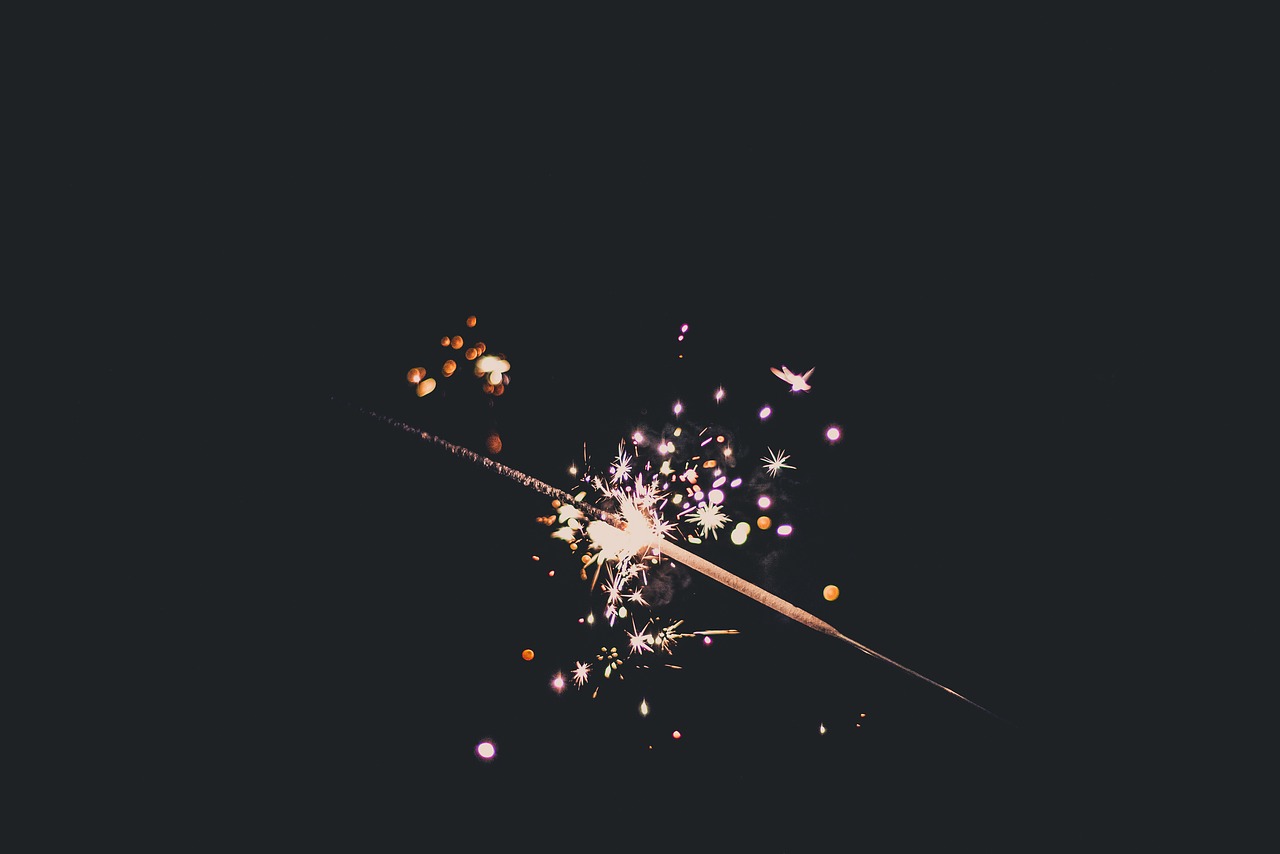 Speaking of that garden of mine, yes, it needs some regular tending. (It’s a drought tolerant perennial pollinator garden which means what are called “weeds” are included). In the garden, I’ve got a Douglas fir tree (neither a pine nor a fir, it’s got its own species category – it’s a Northwest native) that I figured out by sitting under it and contemplating the size of its trunk at the base, is somewhere between 80 to 100 years old.

Respect.
So I erected a sundial around it.

Sundials only work on sunny days (my neighbor and I have had a humorous back and forth about this fact) and when the sun moves. So the positions need to be manually reset. By my hands. So I sit in the garden. Bored yet? I’m not. I sit. I mediate between the squirrels and Steller’s Jays about sharing the nuts I put out (take turns all y’all) and check the time on my flip phone. (Yes, I’m old school.) I check the time to see when to reset the position on the sundial (based on a year-round calendar for my latitude that I found online).

So I’m sitting for awhile, pretty much doing nothing. (Isn’t that an oxymoron? I wish we could ask George Carlin, miss him much.) In those moments ideas come that I didn’t ask for, like the title for this section. And I’m thinking, "Wow! An homage to the phrase ‘necessity is the mother of invention,’" and then that goes to Frank Zappa (miss him much as well) and I’m watching the water ripple along the surface of the garden as I irrigate the bare ground with the garden hose during the dry summer so this elder Douglas Fir gets some support, and the title of this segment of the blog comes and do you think this was boring?

This was a creative spark. And yes, there was a run-on sentence in there.

Sitting outdoors under the Doug Fir, setting the sundial, checking the clouds, it all seems pretty random, useless unstructured time. That is the food of curiosity. Curiosity requires space. That saying, ‘curiosity killed the cat’ has a second half: ‘Satisfaction brought him back.’

Boredom, or so we label it, is simply a non structured open space of time that allows insight to come to us and feed our creativity. If someone tells you ‘go take a walk,’ in an attempt to insult, it might be something worth doing. And when you do it, like Zhuang Zi’s main character in the parable, wander without a destination and ask yourself, "Is there really a destination? Or just experiences that happen on the journey?"

There’s a huge difference. The experiences in a quiet moment may light a creative spark that illuminates others and burns away the true enemy of creativity – drudgery.
Unstructured time and making a space for it is, therefore, the ally of the creative. 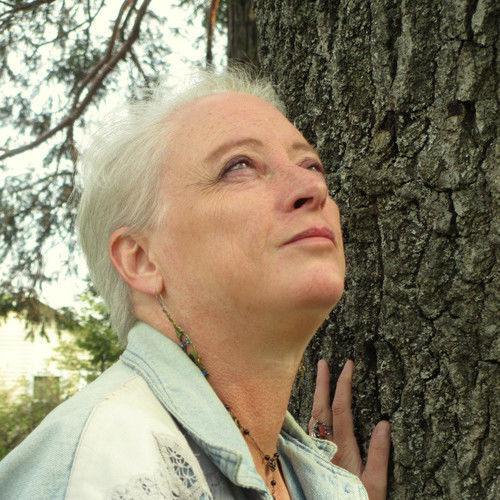 Isabeau Vollhard is the scriptwriter for "2gether 4ever in the Hinterland", a dystopian romance screenplay submitted to Stage 32 for their 2019 contest. She is also the author of the science fiction/detectiv speculative fiction e-book series, The Casebook Of Elisha Grey, set in Atlantis during the Second Era. 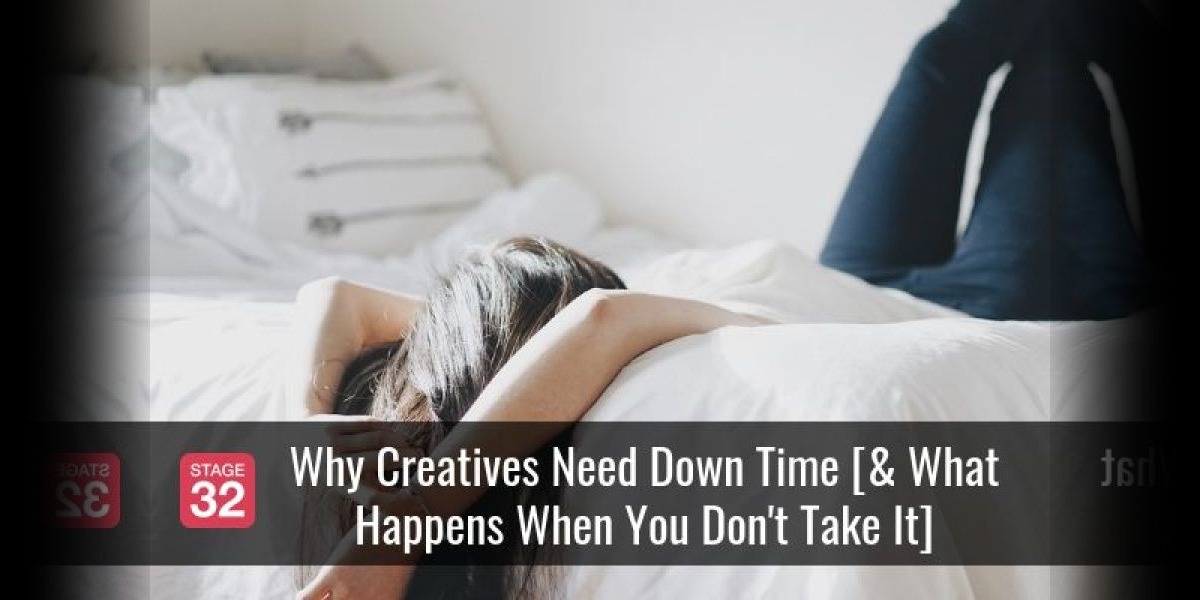