Part I: Working with Paolo Sorrentino-Go Out and Get It

Posted 8 years ago by Andrea Lodovichetti

Not everyone has the opportunity to sit and watch the Oscars as their mentor (and colleague) wins an award. Stage 32 member Andrea Lodovichetti had that opportunity last week when Director Paolo Sorrentino stepped on stage to accept his Oscar for La Grande Bellezza. Having worked for years as Sorrentino’s 2nd Assistant Director on several films, Andrea watched as Paolo realized his dream. Having already won an Italian Golden Globe himself, Andrea may be close to realizing his own dream soon enough.

In this 2-part series, Andrea shares with us how working with Sorrentino came to be and how it has influenced his own filmmaking.

Andrea is available for comments in the comment section below.

Chapter One: The Swing

“Andrea, I thought about it and had this idea: you should make the professor appear on a swaying swing, the ropes all covered in colorful flowers. Mounted over the student’s bed. In a voice over, have her conjugate a verb in Greek, just before her stretched-out legs come into the frame,” he told me, pleased as a little kid, “you’ll see how much better it works. The rest is fine as it is.”

But that happened the year after.

First we have to take a step back.

It was hot. Too hot for mid-May. I was running a little late and the badge I was wearing on a cord around my neck bounced against my chest, twisting around itself as I rushed to get to that out-of-the-way little room together with two friends, classmates of mine at the Centro Sperimentale di Cinematografia, National School of Film in Rome. It was 2004. We were in Cannes and they were about to re-show a film that, two hours later, I would add to my list of the most important films of my life. Not only for its objective qualities and merits, which brought it incredibly close to my own personal concept of Cinema based on a perfectly balanced mix of form and content, but also because it later turned out to be a sign, an exciting antecedent of what was to come.

The movie was Le Conseguenze Dell’Amore (The Consequences of Love). The filmmaker, Paolo Sorrentino.

A little less than a year later as I was studying at the Centro Sperimentale, a workshop on the 'sequence shot' was held as part of the directing and screenwriting classes. This workshop required each student to write and make a mini short to be shot without any cutting away or editing. Every year the school brought in a professional of Italian cinema to hold these workshops for the second-year students. That year, the guest teacher was … Paolo Sorrentino!

In a wonderful coincidence, I was about to have the opportunity to work side-by-side for an entire quarter with the director whose most recent film had so impressed me the year before at Cannes. Seized by unstoppable and perfectly reasonable euphoria, a few short days after Paolo presented the guidelines for the workshop, I was already there handing in my script…completely finished. Long before the actual deadline. The script was inspired by a theatrical piece from a very well-known Italian artist, Giorgio Gaber, in which a series of eccentric characters traipse through a teenage boy’s nighttime fantasies. With the addition of the famous swing, my short was ready to shoot and I had come into perfect harmony with Sorrentino.

Chapter Two: “You’re the new guy and you have to prove your worth.”

Paolo was set to start shooting on L'amico di Famiglia (The Family Friend) in mid-September, so at that point in April he was in pre-production. When he told me he had already talked with the Dean of the school about me participating in his project as second assistant director, it blew my mind. And, and you can well imagine, I had already said yes before he had even finished making the invitation. Even Nicola Giuliano, Sorrentino’s long-time producer and Professor of Production at the Centro Sperimentale, championed my involvement in the movie. I was to finish shooting my short on September 20th and then immediately dash to Nicola and Paolo’s set in a town not far from Rome. I couldn’t wait. 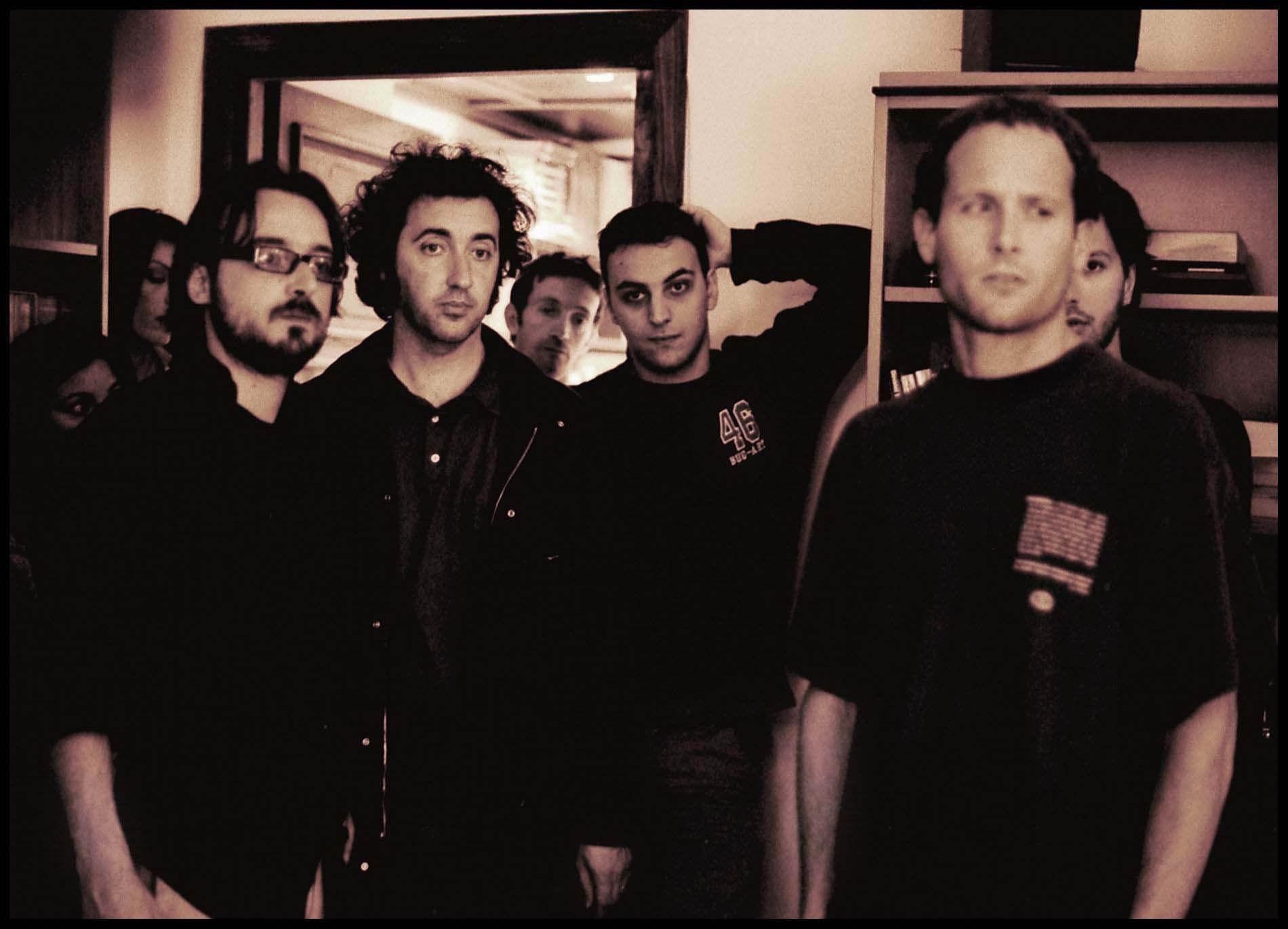 In those weeks of shooting, I was able to gain a first-hand view of how genius (and, at the same time, meticulous and careful) a director can be. Of how amazing Paolo Sorrentino is, and how impressive and demanding a cinematographic set can be. I learned so much from that experience. Truffaut used to say that the director is the person everyone is always asking questions of; the one who must necessarily hold everything together. Watching Paolo work, I understood that the insights of the French master were no exaggeration.

Watching Paolo work confirmed for me the elements that are truly fundamental for anyone who wants to do this job: you must have clear ideas, determination and a confident attitude. Paolo certainly has all that. Meticulousness, strictness, a certain measure of ‘authority’ (careful, though, that it doesn’t turn into authoritarianism!) – I think these are essential on any set. That’s the only way to guide the ship as it cuts through rather stormy seas.

Paolo once said that Cinema is the only world in which you can enact a necessary dictatorship without feeling guilty about it. If you read this sentence superficially, it may seem like a pointless exaggeration. But in reality it isn’t exaggerated at all: you are the captain and, even though the film is a huge group effort, at the end of the day it is you the director who is responsible for it. It’s not easy to stay focused but you have to do it anyway. I observed Paolo a great deal in terms of this, I made a careful study of the behavior of someone who must be decisive but at the same time cannot afford to be despotic. It’s for this reason that I consider myself so lucky to have had the chance to get to know not only Sorrentino’s artistic worth, but his personal value as well. 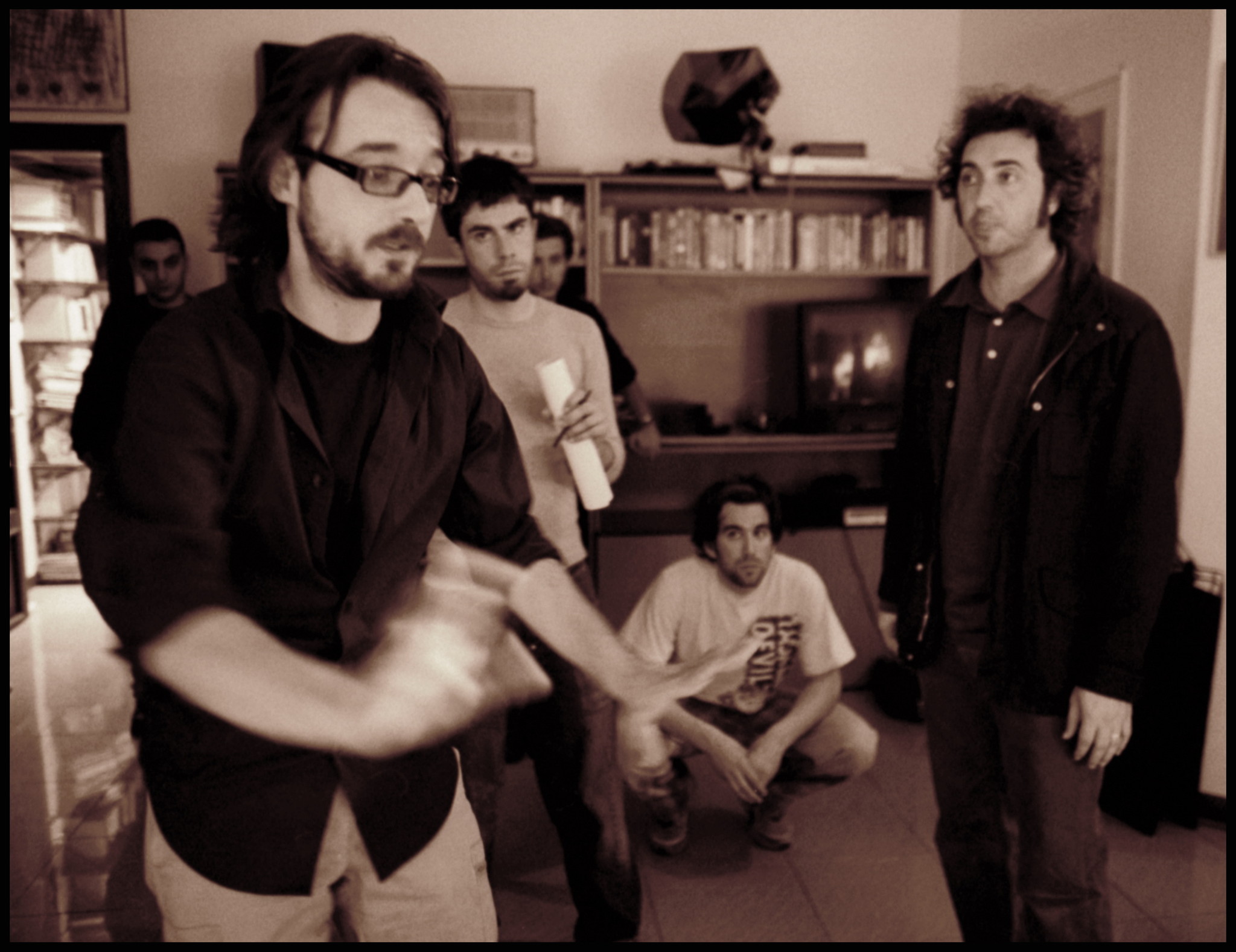 "You have to show them your worth. Never give up. Never.”

I remember that, shortly before beginning the shooting, he told me: “Andrea, it’s not going to be easy, you’ll be coming into a group that’s already up and running. You’re the new element and you have to show them your worth. Never give up. Never.” Even though I actually got along with the whole troupe right from the beginning, I really appreciated this nearly familial warmth on his part: I understood that the person at my side was not just a ‘boss’ but also a big brother. A brother who had already gone through what I was about to experience for the first time and wanted to warn me in some way by giving me the right motivations and incentives to keep going. This advice didn’t only apply to his film, it applied from his film…onward.

It was an exhausting adventure because no matter how relative a degree of direct responsibility you have your first time on a set, your role as assistant is still somehow part of a larger collectivity that cannot afford to make mistakes. Especially when the director demands full control over every single aspect without neglecting even the smallest detail... (to be continued)

In part 2, Andrea will share with us invaluable advice he received from Paolo Sorrentino and his own pesonal successes. Please leave your comments for Andrea in the comments section below.

Andrea Lodovichetti was born in Italy and currently lives in New York City. Graduated in Film Directing at the Centro Sperimentale di Cinematografia (Nationa School of Films - Italy), he worked as Second Assistant Director for the Academy Award winner director Paolo Sorrentino. Writer, producer and director, he won a consistent number of international Awards. The internationally acclaimed short film Sotto il mio Giardino (Under my Garden) won over 30 prizes including the Italian Golden Globe and the Spike Lee’s Babelgum “Looking for a Genius Award” in Cannes, 2008: this is one of the most screened/awarded Italian short movie ever. It is currently in development to become a feature film.  Listed in the 2008 and 2009 editions of the “Youngblood yearbook”, dedicated to young Italian talents, in 2010 Andrea was selected as one of the 200 most outstanding talents to participate to “Tnt-Talents,” a great event that took place in Rome, dedicated to all of those who distinguished themselves at an international level in the fields of art, sport and research.