Part II: Working with Paolo Sorrentino-Go Out and Get It

Posted 8 years ago by Andrea Lodovichetti

If you haven’t read part one of Working with Paolo Sorrentino – Go Out and Get It, please make sure you check it out here.

Today, Andrea Lodovichetti concludes his story of his time working for Oscar winner Paolo Sorrentino. As always, Andrea is available for comments below.

Chapter 3: “Wait, I have a couple of things to tell you”

Two years later, I was called in to work on another of Paolo Sorrentino’s films. Pre-production had already begun on a film that was much 'bigger', more expensive, ambitious and complicated that his previous projects: Il Divo (The Celebrity), the story of one of the most controversial and fascinating figures in the history of the Italian Republic, Giulio Andreotti. It was a gesture of respect, a considerable sign of trust. I accepted with pleasure, even knowing that it would be a much bigger commitment than L'amico di Famiglia.

During this project, something else happened that I saw as extraordinary, another example of what I was saying before about Sorrentino’s personal value. We were in the middle of rushing around preparing and every department – as usual – had its own tough nuts to crack. Shooting was scheduled to start in a few days. I remember one especially busy evening, Paolo was in a meeting with the department heads when he caught sight of me around the slightly open door; I had just finished filing the cards for the small roles, extras and people to be brought in along with all the other tasks that were part of my job and was about to go home. He interrupted the meeting, came to my desk and asked me to join him in another room. He had a couple of things to tell me… 'urgent' suggestions. And he wanted to tell me right away, without waiting for tomorrow. A big brother indeed: someone with human priorities that guide his choices along a ladder of importance that cannot and should not be questioned. 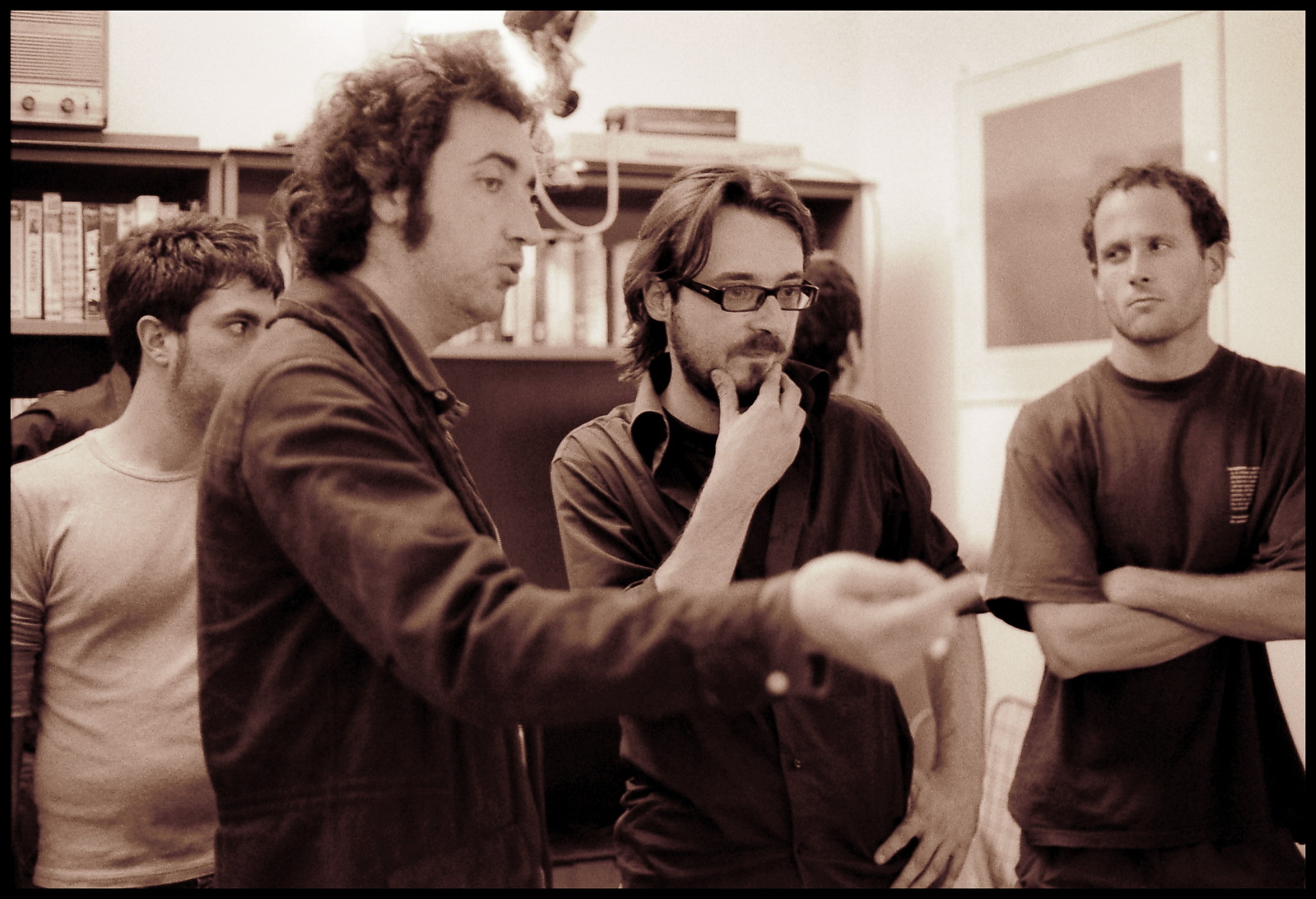 Learning from the master, Andrea Lodovichetti and Paolo Sorrentino on set

Working on Il Divo, Paolo more or less indirectly taught me how to 'see' scenes before they are actually conceived and how to mold the characters. He taught me, as only the masters of the past were able, a sense of rhythm, that ever so delicate relationship between music, sound, images and silences. The camera as a character in and of itself. And, above all, the importance of the writing, “which you can’t make up along the way if you don’t do it well.”

The year after, in another of these more or less casual encounters (what some people would call chance is only the trick of some God who wants to remain anonymous), we met up at Cannes. He with Il Divo, me at a parallel festival with Sotto il mio Giardino (Under my Garden) a short I made as a graduation project at the Centro Sperimentale. Once again in Cannes, once again 'together', just like four years before when it all…began. I like to think that we lent each other good luck: he won the Jury Prize and I won the 'Looking for a Genius' award, handed to me in person by Spike Lee, president of the jury. 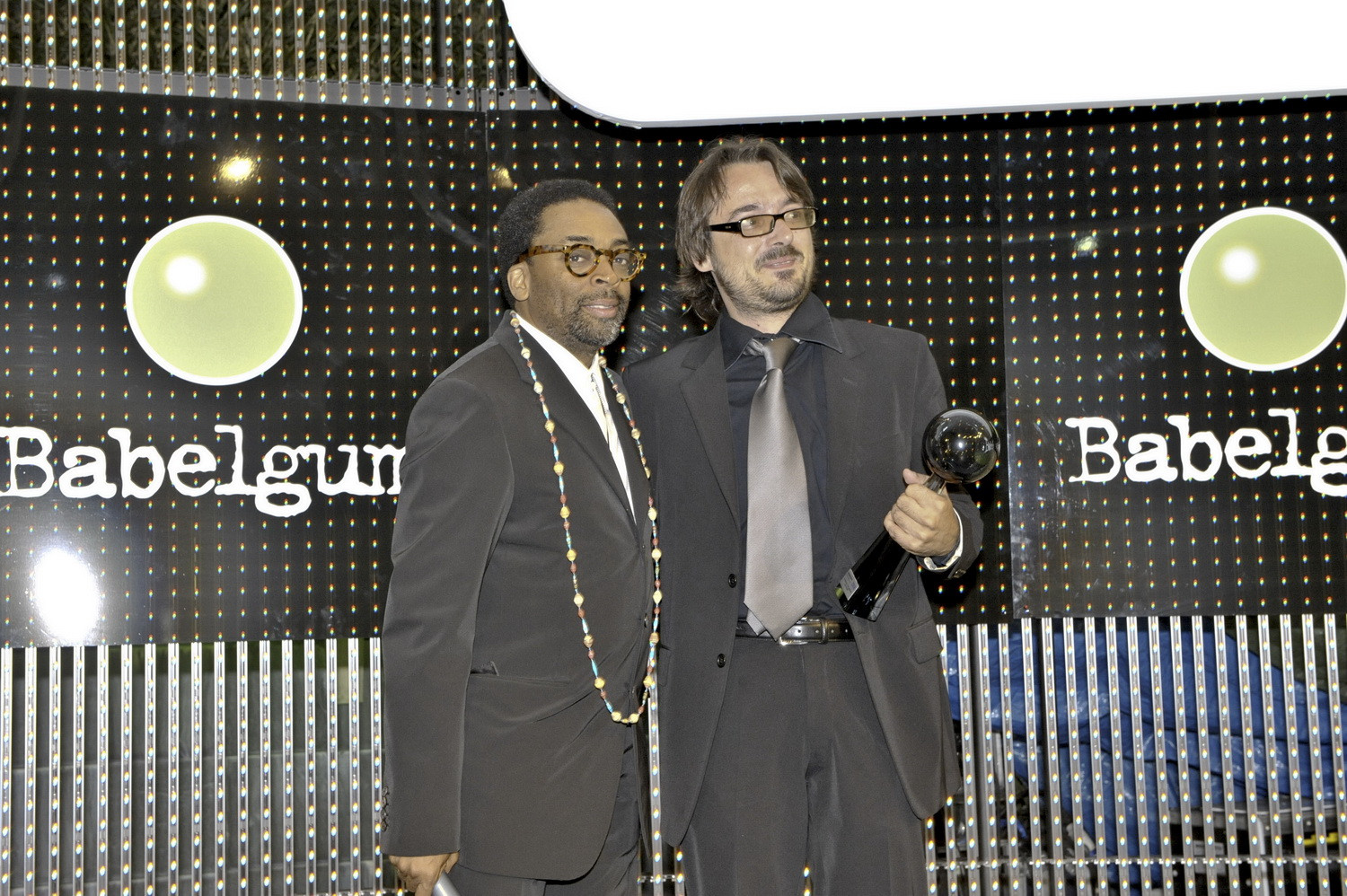 In Cannes at the same time, Lodovichetti won the 'Looking for a Genius' award for Sotto il mio Giardino at the Babelgum Festival and Sorrentino won the Jury Prize for Il Divo at the Cannes Festival

The same thing happened the year after, the summer of 2009, at the Italian Golden Globes, a prize awarded by the foreign press. Paolo won the award for best screenplay with Il Divo, I won the award for best short film with Sotto il mio Giardino - and in my acceptance speech I dedicated this significant achievement to Paolo and Nicola, among others.

We didn’t have any other chances to work together after Il Divo. When he was shooting This Must be the Place in 2010, I was in New York surveying the lay of the land in view of an impending overseas move to work on some projects. The move finally took place 3 years later when Paolo was shooting La Grande Bellezza (The Great Beauty) 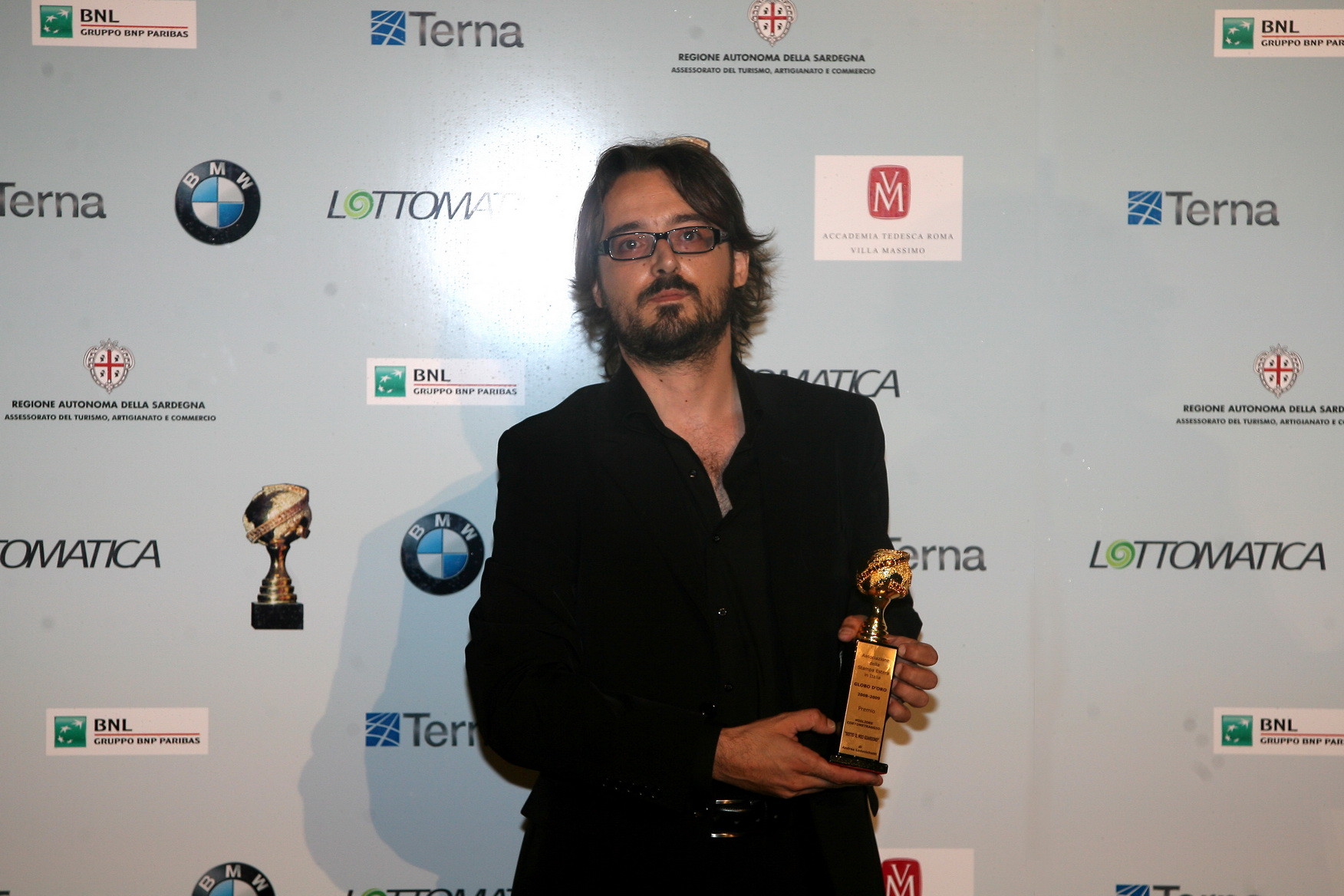 Last Sunday I once again experienced, every detail the same like a kind of 'deja-vu', the scene I had 'seen' years before in that little room in the cinema at Cannes. I knew it was going to happen. Seeing the person who gave me the chance to cross my path with his, encouraging and advising me, warning me about this or that aspect of the sometimes unhealthy world that is cinema, always ready with the right thing to say at the right time in every circumstance both personal and professional, struck me the same way I imagine it would strike a little boy to see his big brother receive a medal for having saved a puppy from a burning building: the hero. 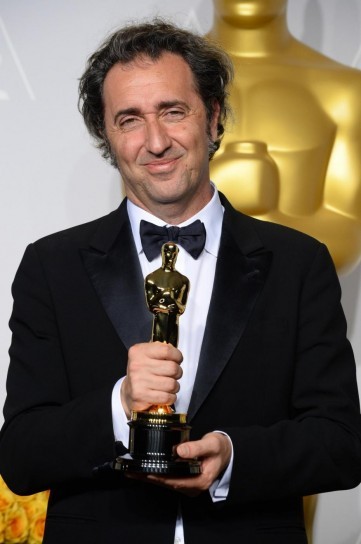 Now more than ever, Paolo Sorrentino (together with Nicola Giuliano) embodies the Italian dream. But there’s more. Paolo Sorrentino, an artist in 360° and, as such, an inevitably complex figure capable of conveying – through what he is and what he has accomplished – a principle that has long represented the linchpin of my own life: “Don't be cheap with your dreams.” His career has been a progression of successes, but also a series of challenges directly proportional and intimately linked to his success. Considering his childhood experiences, Paolo Sorrentino is really and truly a man of dreams, of courage, of forging ahead 'despite everything'.

I’m reminded of something Leonardo Da Vinci said that is more relevant now than ever: “Obstacles cannot crush me; every obstacle yields to stern resolve. He who is fixed to a star does not change his mind.”

I remember myself at 8 years old, with eyeglasses, my shoes perpetually untied and a red notebook clutched in my hand. Even when it was nice outside I always preferred to sit inside, in front of that newfangled device called VCR. Watching movies. Immobilized by emotion. Studying characters, frames, colors, movements and music. Daydreaming my days away. Imagining all the different ways that Cinema can tell a story. One, ten, one hundred…a thousand stories altogether. It was in those days, so long ago, that I decided I wanted to be a director, to make people dream just as I had dreamed as I watched those flickering images. I’m happy with what I’ve been able to accomplish so far; me, that little boy who used to steal his daddy’s VHS tapes so he could watch and re-watch them on the sly, again and again for days in a row. As I mentioned at the beginning, some films have irrevocably changed my life and I will never be done thanking all the artists who helped me see the esthetic, ideological, historical and – above all humane – value a film can have. With artistry and force, Paolo Sorrentino indelibly insinuated himself into my life and career. He has given me optimism and instilled in me the determination so crucial for anyone who is unwilling (or unable) to give up on their dreams.

In hard times I imagine him there with his unwittingly threatening gaze, telling me “if you think you deserve something, don’t stand around wondering why they haven’t given it to you. Just go out and get it.”

So it is thanks in part to Paolo and Nicola, these magnificent warrior-dreamers, that I will go on working and keep on feeding my will to express myself, to tell stories and dream. With the same natural innocence of that little boy clutching the red notebook. He is still there inside me and always will be.

Andrea is available for comments below.

Andrea Lodovichetti was born in Italy and currently lives in New York City. Graduated in Film Directing at the Centro Sperimentale di Cinematografia (Nationa School of Films - Italy), he worked as Second Assistant Director for the Academy Award winner director Paolo Sorrentino. Writer, producer and director, he won a consistent number of international Awards. The internationally acclaimed short film Sotto il mio Giardino (Under my Garden) won over 30 prizes including the Italian Golden Globe and the Spike Lee’s Babelgum “Looking for a Genius Award” in Cannes, 2008: this is one of the most screened/awarded Italian short movie ever. It is currently in development to become a feature film.  Listed in the 2008 and 2009 editions of the “Youngblood yearbook”, dedicated to young Italian talents, in 2010 Andrea was selected as one of the 200 most outstanding talents to participate to “Tnt-Talents,” a great event that took place in Rome, dedicated to all of those who distinguished themselves at an international level in the fields of art, sport and research.

There are now 2569 blog posts for you to enjoy. Search them all by tags below.