Posted 1 year ago by Robert Russo 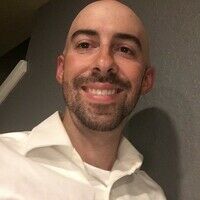 It was 2015 and I was working on an oil rig in West Texas as a roughneck, working 12-hour days in scorching heat for 28 days in a row. At any given moment I was physically exhausted, had torn muscles and aching joints, was wet with mud and oil, and experiencing a level of pain that would send most people to the ER. Though my body was under extreme stress my mind was disassociated from the experience, day-dreaming of sci-fi worlds, and the characters who inhabited them.

I was 30 years old. I had no family, few friends, my job was pure hell, and the only thing keeping me going was the unstoppable war-like mindset that I was going to overcome the odds, no matter how long they were, and become a screenwriter. 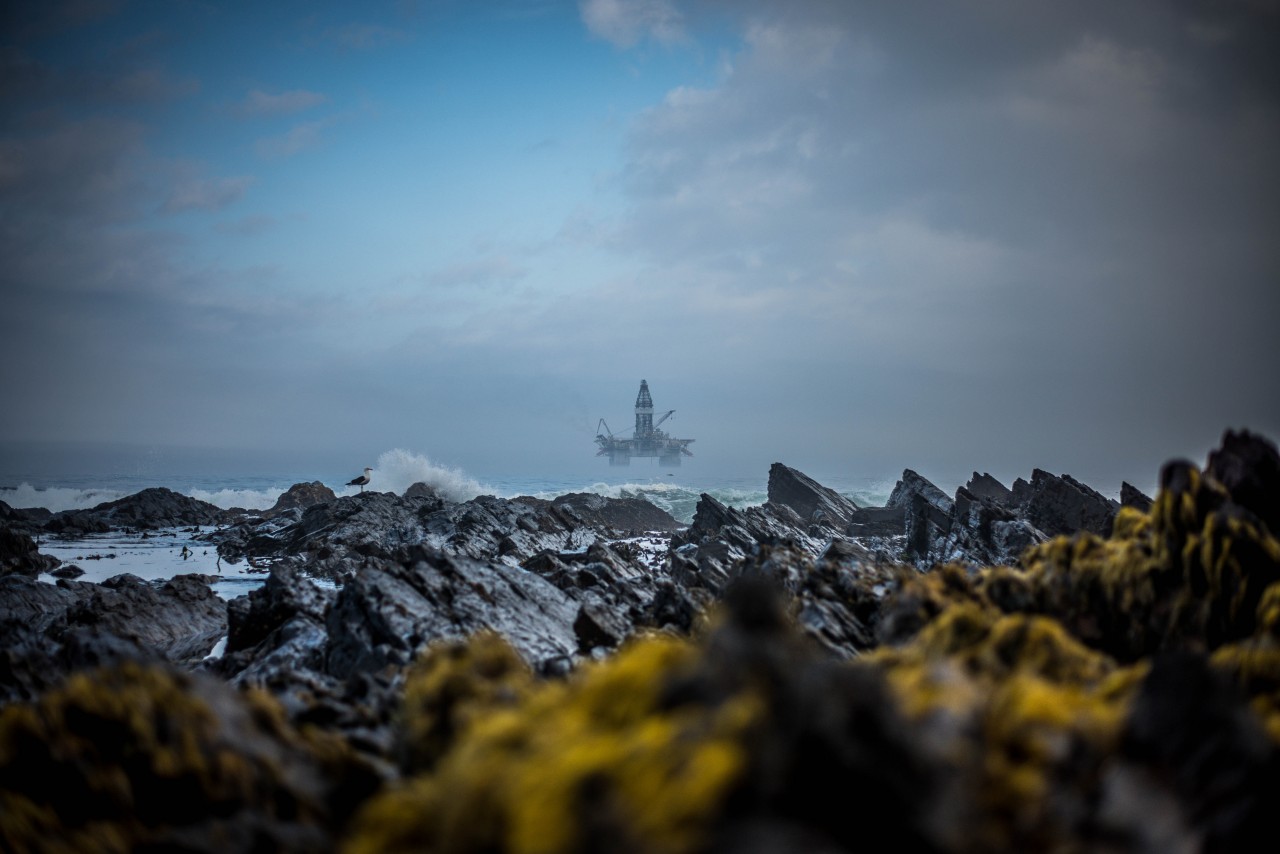 With naïve optimism I would sit down, struggling with a crippling inability to sit still and concentrate (which I later learned was severe anxiety) and managed to complete my first two scripts. With wildly hopeful expectations I attended the Austin Film Festival and imagined that through sheer force of willpower and destiny, I would beat all the odds and land a deal on my first sci-fi epic story and start a franchise to rival Star Wars. Dream big right?

I was so anxious that I didn’t sleep at all the night before. I arrived on the first day exhausted and sick, but I never let physical issues stop me before. I was sharply dressed and determined to network and meet the right person who could give me that golden ticket.

As chance would have it, I met some TV producers who had produced a TV show in Canada about oil rigs and I shared my own experiences and something surprising happened, I suffered a panic attack and had to sit down for ten minutes just to keep myself from hyperventilating and passing out.

Like usual I ignored that and kept on focusing on my mission. I made conversation with a Netflix producer and we spoke for hours. I ended up getting his card and he requested I send him my materials. I was on a roll! I continued trying to meet people and bumped into a talented award-winning screenwriter. I mentioned to him my two scripts and their loglines, but he was more interested in the oil field and where I worked. Again, I struggled to suppress an incredible amount of pain and suffering that was simmering under the surface.

He could see that I was on the verge of an emotional meltdown and told me that if I could manage to get this oil field story of mine into a script that I would have a winner for next year's competition. This stayed with me in the back of my mind in the weeks after the festival. 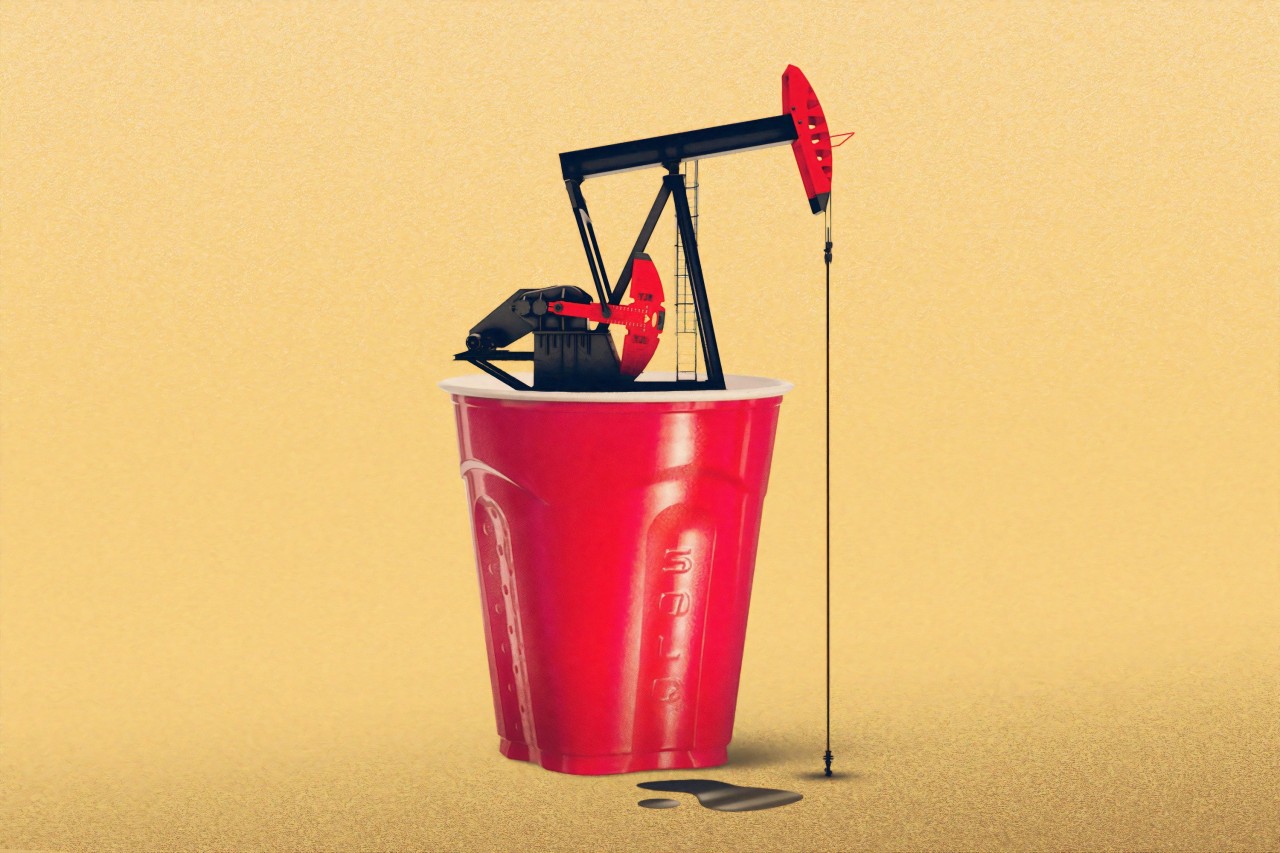 The Netflix producer was obviously not impressed with my scripts, since he never replied. I sent both scripts in for coverage, and though the concepts rated very high, my screenwriting craft needed improvement. The consensus was I had written flat characters. I knew this was my weakness but didn’t know what to do.

Undaunted, I began working on Roughneck my true story about my miserable existence on the oil rigs. Unlike every other story, I felt this one I could knock out very fast because after all, it was a true story. As I attempted to outline the story and figure out what the emotional arc of my protagonist, myself, would be, I realized there wasn’t one. It was just misery, with no end. No victory. No lesson learned. Just enduring suffering and isolation that had no end in sight.

As I forced myself to dig deep and write Roughneck, I realized something utterly horrifying. My entire life was just trauma after trauma and my entire existence on Earth could be summed up by one phrase “Suppressing trauma”. The oil rig adventure in extreme pain, injuries, and near death, was merely the latest in a lifetime of trauma. Writing Roughneck just made me pop the cork on that suppressed pain.

As I delved into my past further and further, I arrived at the original trauma of my life – the death of my father when I was 6. This was the first trauma that had closed me off emotionally at a young age. The decades of additional trauma after that were just heaped atop it. What I had spent 30 years bottling up and suppressing finally began to be released.

I realized my entire life had been crippled, handicapped, by emotional trauma. I had never experienced peace of mind, or love, or hardly any emotions for 30 years. All my life was about was suppressing pain. I wept bitterly. 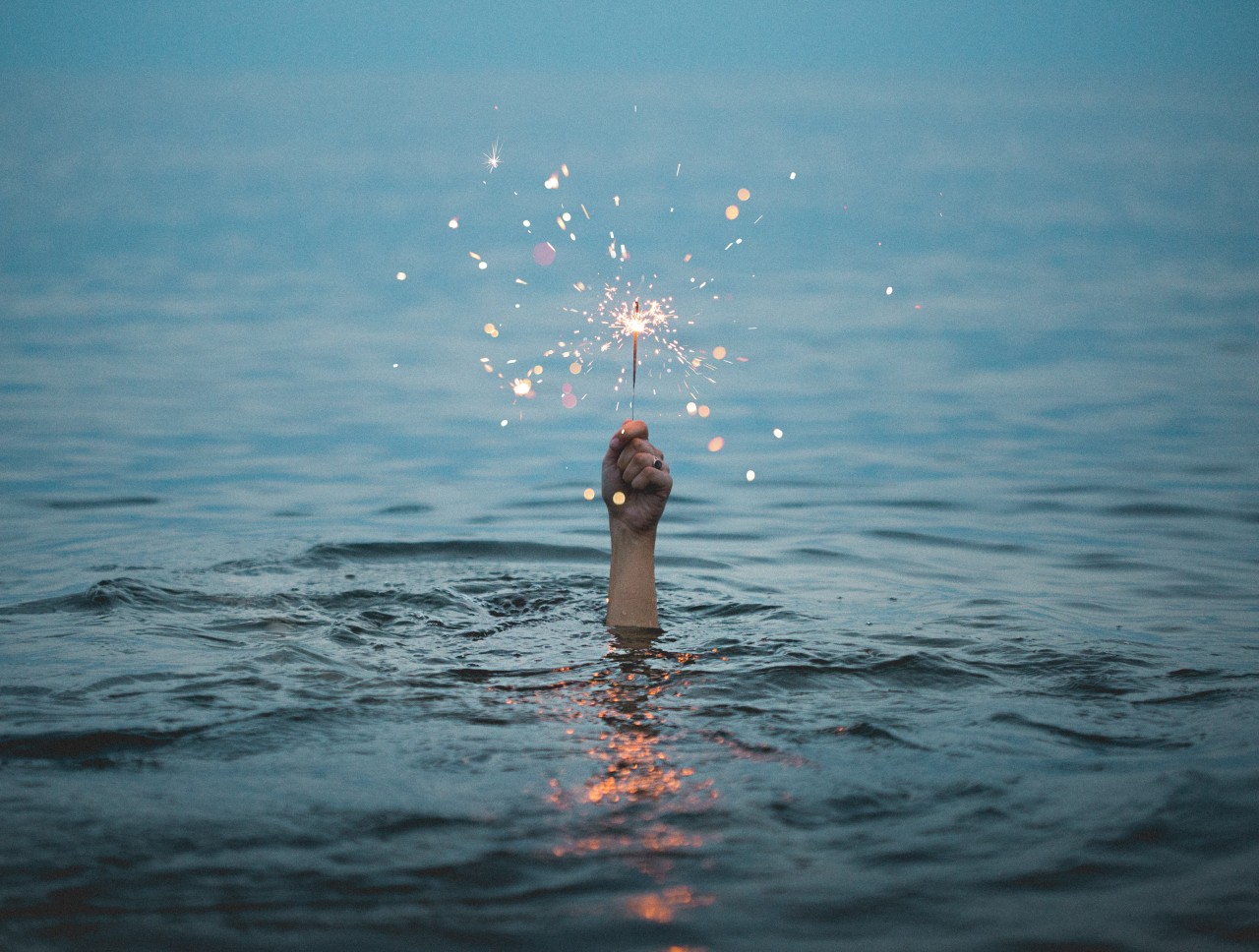 My trauma didn’t only affect me, it practically defined me. Trauma can make us far more introverted or have anti-social and neurotic behaviors. It can shut us off from our own feelings and those of others. It can make us very angry and defensive. Previous trauma leads us to be more isolated and more prone to further trauma. It is a vicious cycle many never escape.

I understood myself more than ever. I understood what most people will never discover – that everyone is handicapped by trauma that is suppressed so deeply and so ingrained in our spirit that it is almost beyond our capacity to access it.

Everyone suffers from “the pain” which is the lack of connection and love that our closed-off traumatized psyche has us locked away from. It is a need so deep, so silent, so suppressed, that we just believe the dead flat emptiness is normal, and the potential life full of love and joy is something we never even believe to be possible.

This was the reason my characters were always so flat. If you can’t feel emotion, then you can’t possibly write a story about a character’s emotional journey. Also, unless you know what a character’s trauma has been, you won’t understand their deep subconscious motivations. If everyone was happy and whole then we wouldn’t have much of a story to write. Real people have trauma and for them to complete their character journey they must find some kind of resolution to this trauma. 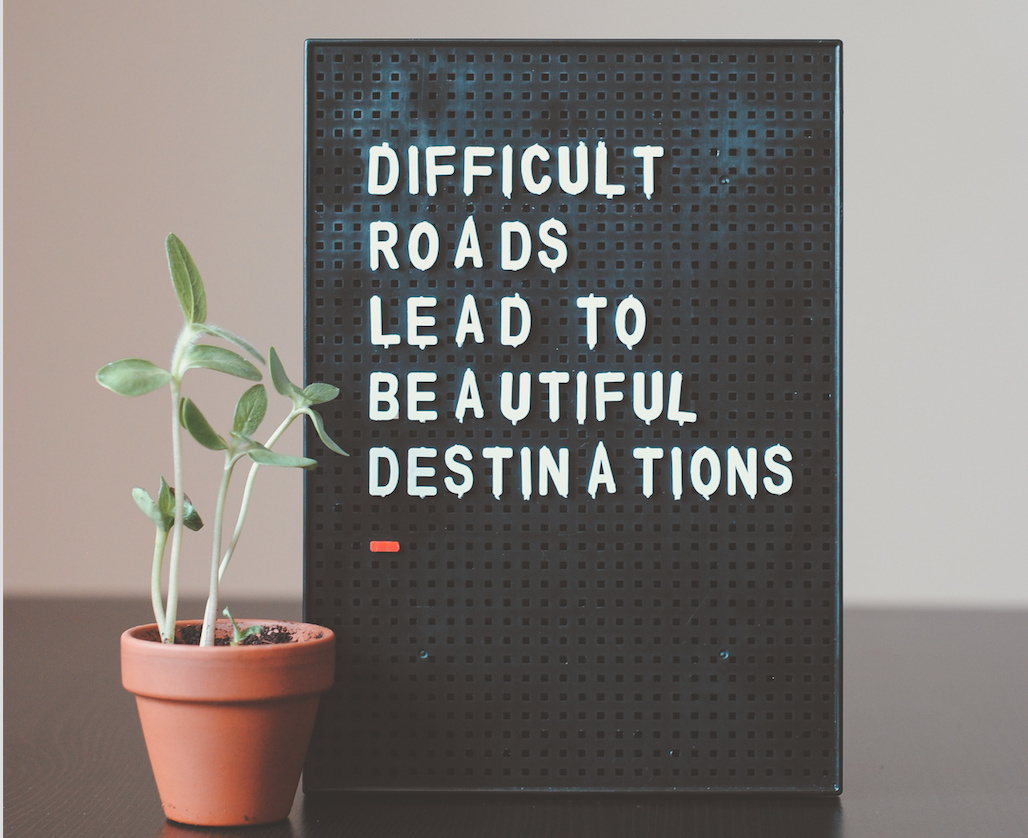 Once I realized how deeply trauma had affected my life I went back and reached out to every bridge that had been broken with friends and family in the past and helped counsel them to address and overcome their past trauma. I rebuilt all the interpersonal support structures that had been destroyed. I let go of the pain and suffering. I became someone emotionally engaged and aware. And with my new emotional awareness and the understanding of my own trauma, I became a better writer.

If you want to rename a “character arc” to a “Trauma Resolution Journey” then you wouldn’t at all be missing the point of storytelling and character development. The trauma and its resolution are the roadmap of your character’s journey and the inner conflict of the story, which must tie in with your outer conflict.

With this knowledge in mind, I rewrote my characters into fully believable and relatable people. Facing my trauma was the most difficult experience of my life, but it was also the most transformative and liberating. Writing my true-life story in Roughneck was an essential experience for me as a human being and as a writer. 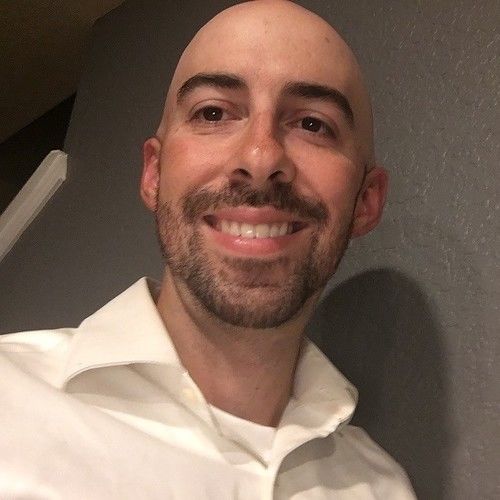 USAF veteranOil field RoughneckScreenwriter.I love to create amazing story universes and ground them with characters who are seeking answers to these questions. If the truth of the story doesn’t make you cry then what’s the point in writing it? 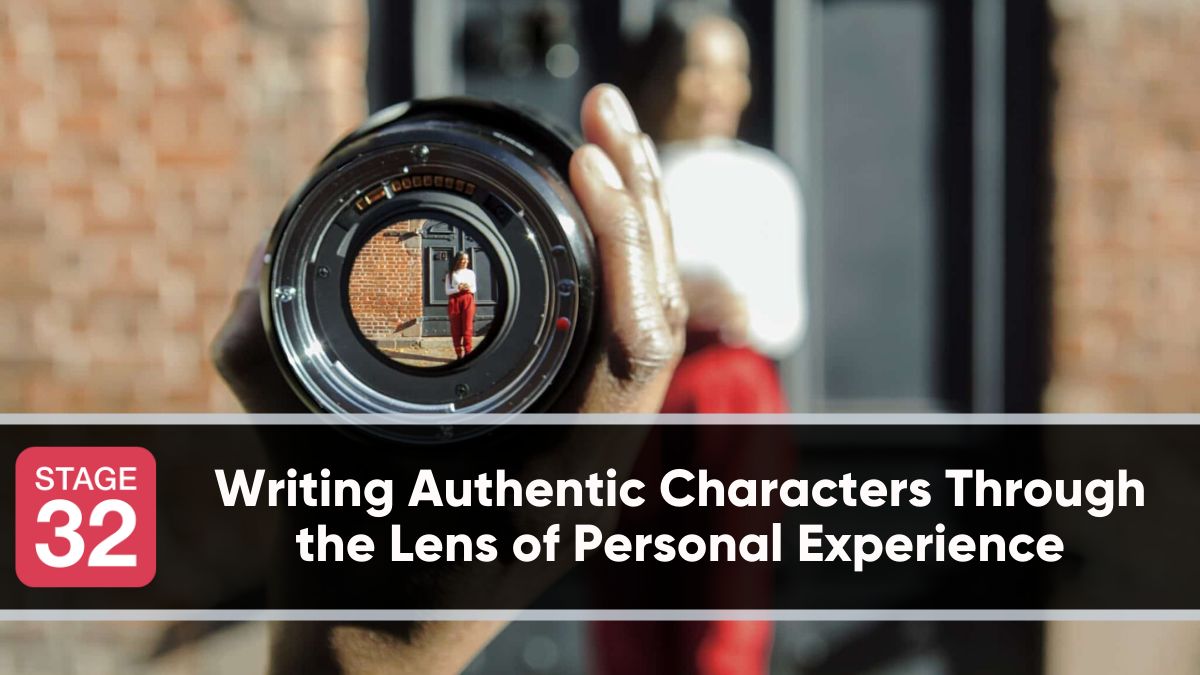