The Bones of Pitching

Posted 10 years ago by Signe Olynyk 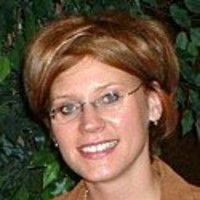 This year's Great American PitchFest (pitchfest.com) takes place in Burbank from June 1st through the 3rd. Founded by Stage 32 member Signe Olynyk, the PitchFest has launched the careers of many screenwriters. It's the perfect opportunity to get your ideas and work in front of hundreds of producers and managers/agents.

But the PitchFest is much more than just pitching. It's a weekend of education as well. On the 2nd, attendance to the conference is FREE, which means access to 24 FREE classes (http://pitchfest.com/free-classes-rsvp/) available to all attendees. I will be speaking with fellow Stage 32 member, Jeanne Veillette Bowerman on networking outside of Los Angeles. In fact, the entire Stage 32 crew will be in attendance. Stop by and say hi.

So what makes a good pitch? What are the golden rules and the cardinal sins? I asked Signe to share her knowledge with the Stage 32 community, and, as you'll see below, she rose to the challenge.

Signe has been on the road with BELOW ZERO, for which she wrote the screenplay. BELOW ZERO has played at film festivals around the world, winning a boatload of awards. Most recently, Signe took home Best Screenplay at the Fear and Fantasy Film Festival this past weekend. Her schedule has been jammed packed, so I'm doubly appreciated she took the time to write such a comprehensive post.

Signe will be available for questions and accolades in the comments section below.

I am riding shotgun in a car as I write this. My laptop is brighter than the headlights, leading the way through the night. Hollywood bound. The annual, long trek from Canada to Los Angeles has begun.

Richard "RB" Botto of Stage 32 asked me to write to you. About pitching, and all things PitchFest. OMG. What can I - someone who is terrified of pitching - possibly share with others about this subject?

If you have ever heard my name, the terror you are hearing in my words might come as a surprise. I run the GAPF. Also known as the largest screenwriting conference and pitching event in all of LA (the world … perhaps). The irony of my credentials does not escape me.

Like many writers, pitching is something that hasn't always come easy to me. As someone who has had to overcome tremendous shyness and learn how to pitch in order to get my movies made, there are a few things I have learned that might help others to do the same.

Pitching is a necessary evil. You must pitch if you want your project to be produced. The only sure-fire way to make sure your script never gets made is to never tell anyone about it. But there is hope; you are probably much better at pitching than you think. Never pitched before? Think again. When you go to a job interview, you are pitching. When you convince your friends to see the latest Bollywood film when everyone wants to see "Avengers," you are pitching. When your kids plead for another hour past bedtime to play their X-Box … well, okay, they are pitching you. But you get my point. Most of us pitch every single day without realizing it.

A successful pitch must be much more than simply convincing or selling someone on something. The best pitches are conversational, as if you're telling your friends about a great movie you just saw. Conversational means there is an exchange by both parties. Sometimes the person you are pitching has questions, or they are engrossed with your pitch and respond with their body language. If you are doing it right, they are engaged and listening to every exciting word you are sharing with them, and the communication between you and the person you are pitching is filled with give and take. You give by telling about your character's overall goal; they take by leaning in. You tell them how your character overcomes their obstacles. They gasp. They ask a question. You give an answer. A great pitch is like a dance - but you are the one leading and reacting as your partner responds to you. Give and take, back and forth. Actually, that sounds like something else. But you get my point. You are hosting the meeting, and as such, you control the information that is shared. As the conversation continues, you lead it back to what needs to be conveyed.

One of the biggest mistakes writers make when they are pitching for the first time is that they tell too much information. Shot by shot, scene by scene. This is what causes grey hair to grow, and executive eyelids to get droopy. But how do you know what is too much? Too little?

As my producing partner, the fabulous Mr. Bob Schultz sometimes laments, "If I could tell it to you in 90 seconds, why would I have told it to you in 90 pages?" Bob is referring to a logline, which is often described as the one-sentence, TV Guide version of a story. A pitch does not need to be short, but it does need to be succinct. You need to be extremely selective about finding the true heart of your story, and it is much more difficult than people think. It means stripping away all the hard work you've put into your script, and reduce it down to the bare bones in order to pitch it effectively. We don't need to know your character's back story. We don't need to know who you imagine casting as the lead. All we need are the bones.

And what are the bones? Let's plot out the skeleton of your pitch.

Like a great movie trailer, the pitch should have a beginning, middle, and an end - without giving everything away. In the beginning, you tell who it is about and what they want. The middle of your pitch is where you tell what gets in the way of your protagonist reaching that goal, and what they did to overcome it. The ending is where you tell the lesson learned, not just the lesson for the character, but the lesson that your audience walks away with, enriched for the experience of having seen your film.

Every pitch is a little bit different. All pitches need to have the bones that I already described, but they also need to be tailored to whoever you're pitching. If you are pitching an actor, you want to spend more time focusing on the character: what their character arc is. How they change through the course of your story. You will want to spend extra time focusing on the juicy bits that create a character that an actor would want to play. If you are pitching an agent, you may also want to pitch yourself and your ability to take on writing assignments, to write fast, and the connections you already have. If you have optioned a property and are pitching an investor or studio exec, you are going to expand your pitch to address casting and foreign sales, and budget details. You'd want to get into who your key crew are, what's your schedule, budget and financial plan. You have to know who you are pitching so that you can adjust your pitch to reflect what they are looking for, and target those needs in your pitch. All pitches should have the bones of your story, and be expanded upon to be able to address the other needs of whoever you are pitching.

The core. The bones. The skeleton. It all means the same thing. You need to know who your protagonist is. What they want. What obstacles are in the way of that goal, and what is the lesson learned.

If you are still nervous about pitching and need more advice, the two best pitch coaches I know are Bob Schultz (bob@pitchfest.com) -who runs the Great American PitchFest with me, and is also my producing partner -and the awesome Pilar Alessandra from www.onthepage.tv. Pilar is a pitch and script consultant, and an exceptional teacher who leads a "Pitch in a Minute" class each year at PitchFest (it's free - just RSVP to info@pitchfest.com). She has one of those fill-in-the-blank type of templates that essentially does the work for you. Writers simply fill in the blanks and immediately start pitching. It's that easy. Both Bob and Pilar will be at this year's Great American PitchFest, and they are very approachable. I'll be there too and would love to meet you, so be sure to say "hi."

Pitching can be terrifying, especially if it is your first time. But before I sign off, I want you to take a hard look at yourself. You wrote this brilliant script. You've worked hard to master your craft. And now you're ready to bring it into the world. Be proud of that … and confident. You have accomplished something amazing, so remember that with every pitch meeting you go into, you just need practice. And I need to see the potato museum of Idaho. See you in a couple weeks.

Signe Olynyk is a Calgary-based writer and producer, who also is the founder of the Great American PitchFest & Screenwriting Conference, held annually in Los Angeles (www.pitchfest.com). You can check out her movie, "Below Zero" at www.belowzeromovie.com or email her directly at info@belowzeromovie.com.

You can meet Signe at this year's Great American PitchFest, June 1-3, 2012 at the Marriott Burbank Hotel & Convention Center (2500 N Hollywood Way, Burbank, CA 91505). More than 2,500 writers are expected to attend this year's event featuring dozens of free classes on screenwriting, half day master classes, a tradeshow, parties and networking opportunities, and the opportunity to pitch your script to 120+ agents, managers and production companies. Stage 32 will be there as a proud sponsor.