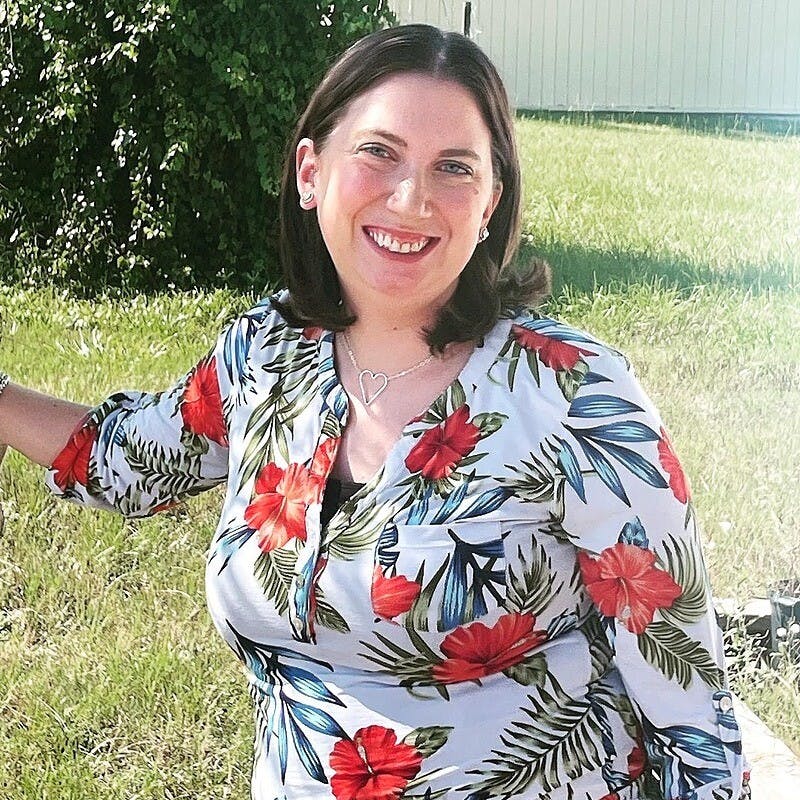 One of the things I’ve noticed as I’ve created books and scripts is that no matter what the project is or what your role in the project is, you leave a piece of yourself in everything. We can’t help it. Any undertaking leaves a piece of us, a signature of sorts.

With filmmaking, projects come and go and sometimes, you have to walk away. Sometimes, it’s before the project sees the light of day. And to be honest, that’s when it can be the hardest.

Today, I’m going to share my experience and some of the things I learned. To be honest, I should have left this project long before I did. One more disclaimer before I begin my tale. While the story is true, I have changed names (thanks to my favorite random name generator) and some details.

During my first semester in college, way back in 2010, my friend Merle mentioned that he’d been cast in a web series. It would be shooting in town during the spring/summer, and they were looking for someone to play his character’s older sister. Having done fairly little acting, I wasn’t sure if I was the best fit. So I blew him off for a few months before I finally caved. After an audition, where I read against Merle, I was given the role. The series creator, Hunter, told me he’d be in contact soon. 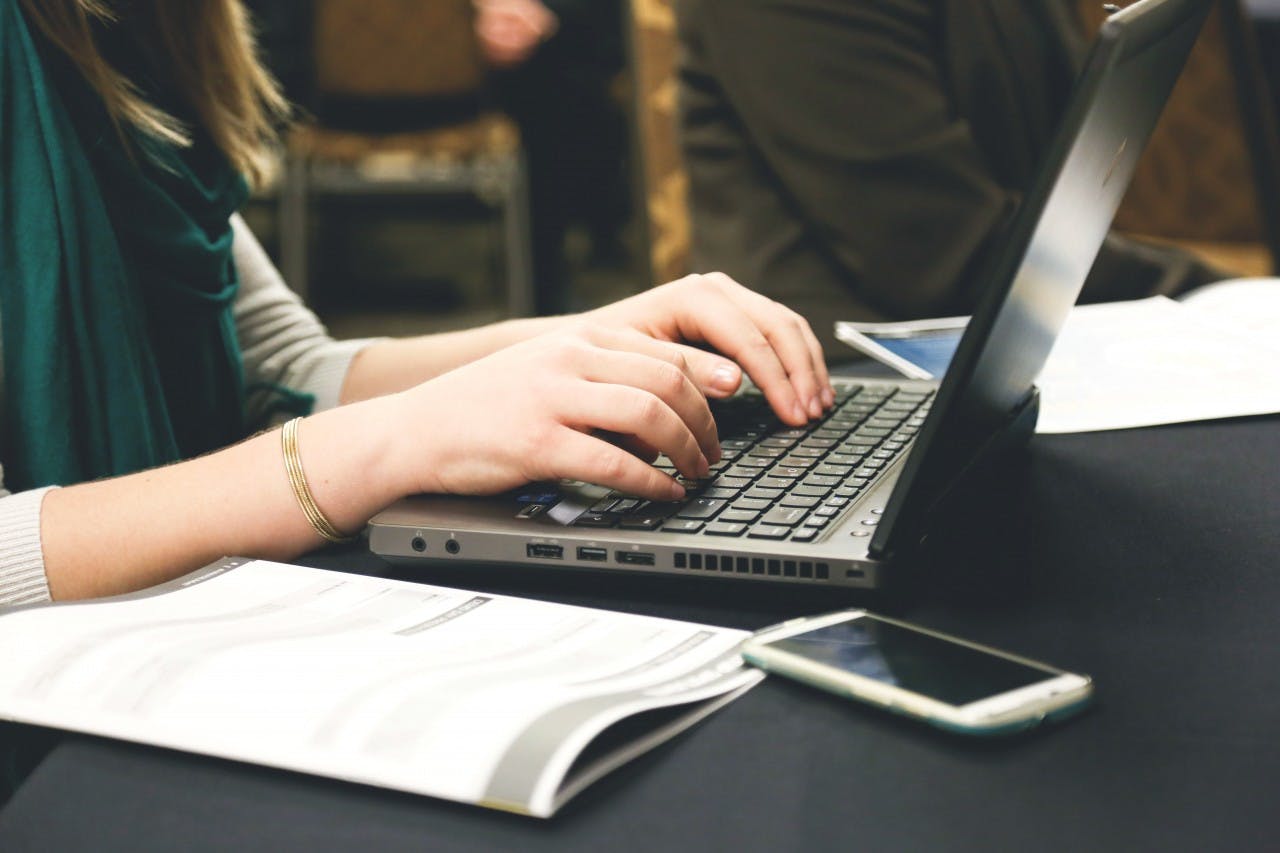 My first red flag should have been here. I didn’t hear back “soon.” It would be almost a year before I heard anything. But, instead of playing the role I auditioned for, he had apparently created a new character for me. I was going from sidekick to a central role.

As I spoke more with Hunter and he discovered that I was an aspiring author (I was almost a year from my first official publishing credit at this point) he mentioned I could help write for the show. I was thrilled at the idea and it was in that moment that my love of screenwriting was born.

There was a failed attempt at filming the pilot - I wasn’t involved in that because my character wouldn’t show up until episode two. I never got the full story as to what happened there. All I knew was that it would be almost two years before things picked up again.

Easter 2014 rolled around, oddly this detail sticks out in my head, because I was out to eat with my family after Church when I got the message from Hunter. He said he was serious about it this time and had already put together a core team. He wanted me to be a part of it.

This should have been my second red flag. I had next to no experience, though at this point I did have two screenwriting classes under my belt, several publishing credits, and my first book deal. I had worked on a couple of short films but I didn’t have a lot of experience. But I did see it as an amazing opportunity and I’d been bitten by the TV bug by that point. 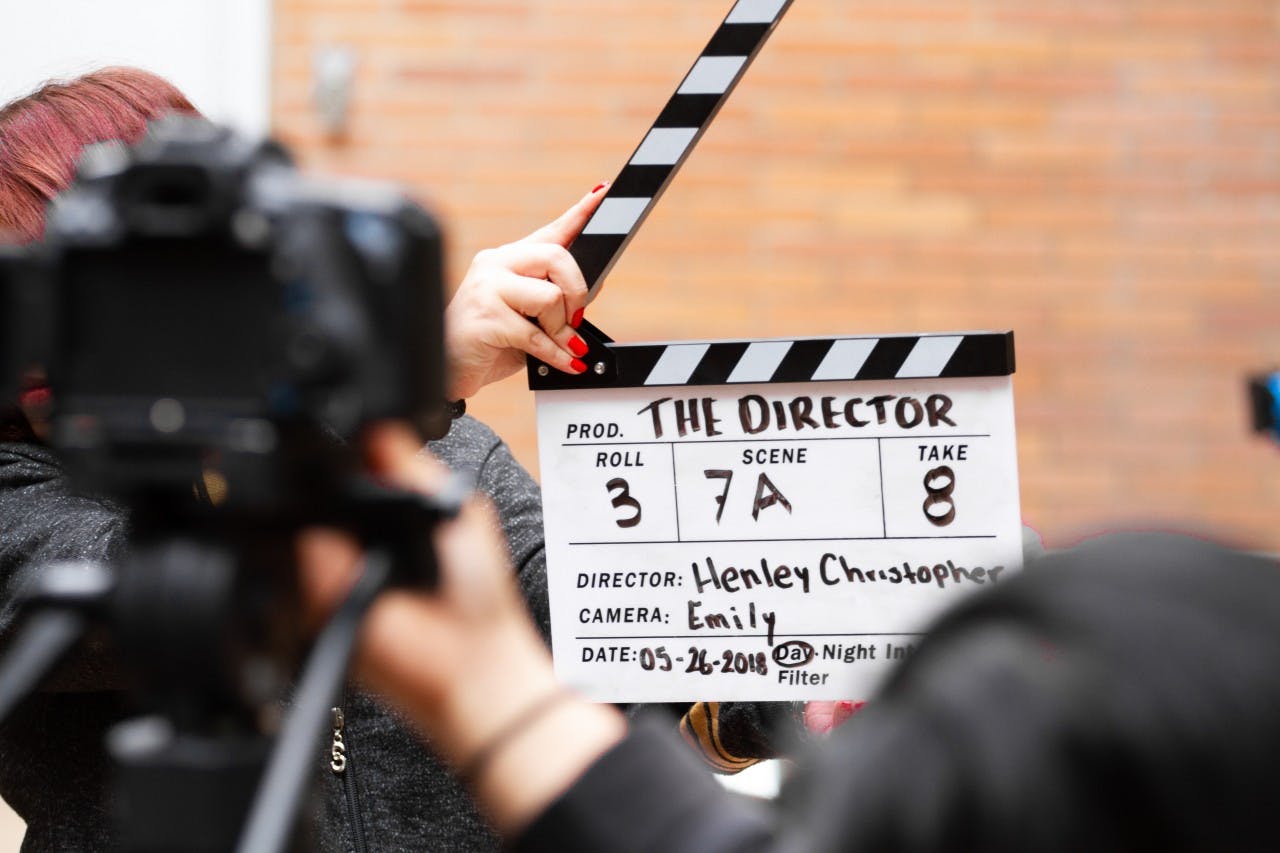 The concept had changed, and changed drastically, since last I’d heard. It was different from the show I’d been pitched that day at the audition.

But I persevered and we did a lot of work over the next year. We developed storylines, fleshed out characters, brought on a few more people, did some test shoots, began auditioning for unfilled rolls. We had the wide story arcs for four or five seasons including ideas for finales and cliffhangers.

One thing I never figured out was my role. Somedays I was Hunter’s sounding board. Other times I was the de facto co-showrunner. There were times Hunter reminded me that this project was his creation and that I needed to listen to his “vision.” I put vision in quotes because it changed depending on his whims of the week. Other times I was head writer, other times he claimed that in his list of titles but handed me the work that would be assigned to that position anyway. On paper, I was a producer, or an Executive Producer. In practice, I wore every hat someone in film could.

Despite what would happen next, I do still look back on this time fondly. Because during this year, I got to create in a way I haven’t really since. Because it was a science fiction show, I had a bit more freedom with everything from aliens to time travel. I was also at a very different stage in my career. Sometimes, I envy younger me’s freedom during that time. I haven’t quite found it since.

Things started going downhill in June of 2015. The project was months behind schedule. Hunter kept putting everything off, saying we needed to perfect things. He wanted to polish it. He wanted to make sure it was perfect. 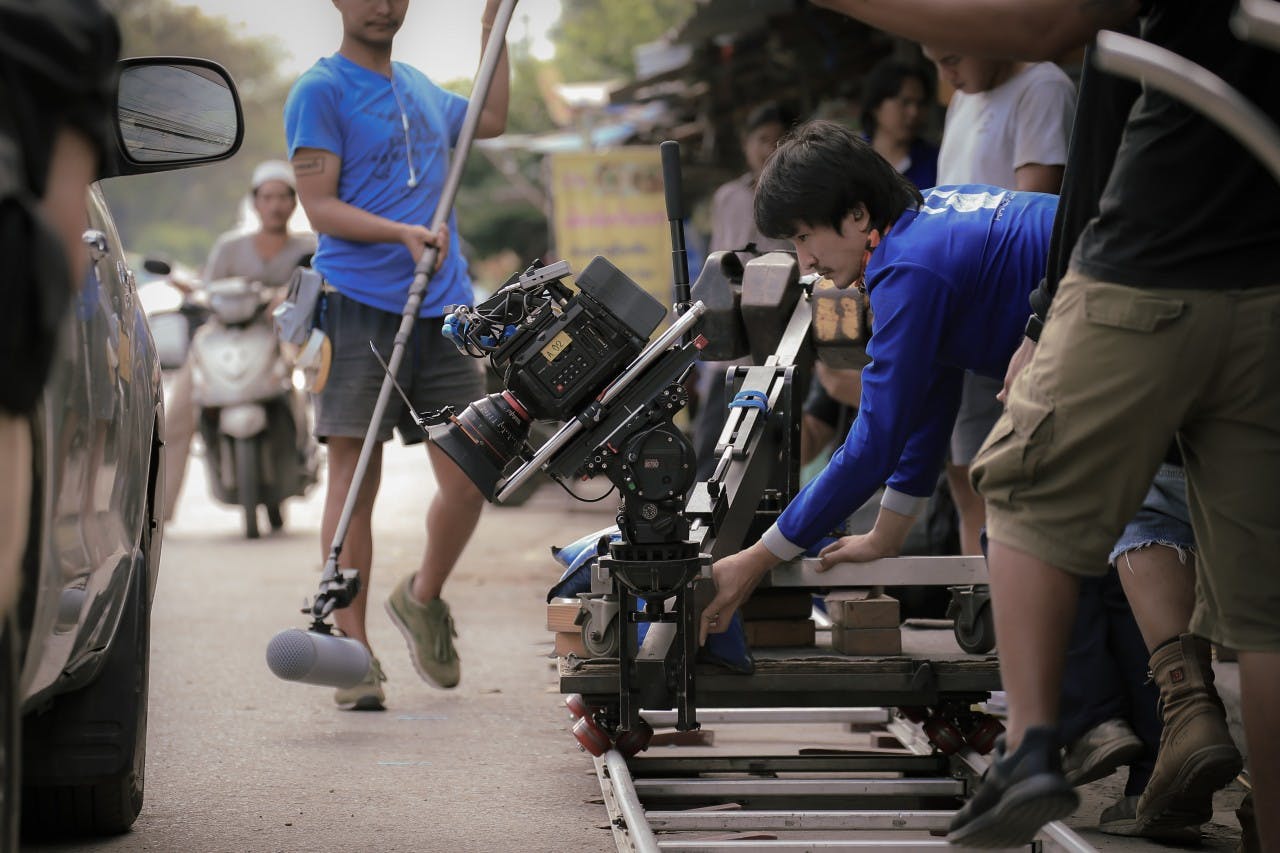 Lesson one: A project is never going to be perfect. Example? Somehow amongst three editors, myself, and the publisher, the fact that the first sentence in my first book doesn’t have a period passed us by.

We were a spread out production team. Some of us were in one place, others were over two hours away. For a chunk of 2015, I was commuting the two hours at least once a week to attend meetings regarding this project. And I had to commute, because when we would attempt to set up virtual meetings, the guys wouldn’t attend or would be extremely late. When I said something, I was told I didn’t understand. As the youngest, I was the one who didn’t have a family, and didn’t understand the reality of production for adults.

All of them wanted this project to happen, yet none of them seemed to be putting in the work. It felt like I was the only one keeping the project moving forward - and barely at that. My age was thrown in my face, but when it came to writing, I actually had a fair amount of professional experience - more than the others.

Around the beginning of the year, I brought in another friend, Jenkins. I was hoping he could help me expedite this along (this was the point where we were starting to run behind) as well as write. He was someone I’d worked on previous projects with and is someone I still work with to this day. By June, he had quit because Hunter chased him off. His crime?

Wanting to help me make this project good. To make it something we could all be proud of. To have the nerve to tell Hunter that he wasn’t God’s gift to the film industry and that he needed to listen to his producers.

I left the project in September 2015. From what I heard, the project made it another month before it collapsed, never to be revived again. The project had morphed and changed so much that the idea I’d fallen in love with all those years ago was lost.

It was a decision that I struggled with. Was my ego out of control when I was the one accusing Hunter of letting his ego get in the way of the project? Was I right to demand respect?. After all, I was young and fairly inexperienced.

But there were bigger issues, ones that as an artist I still struggle with. There was severe money mismanagement, unnecessary costs and expenses, and severe disorganization. 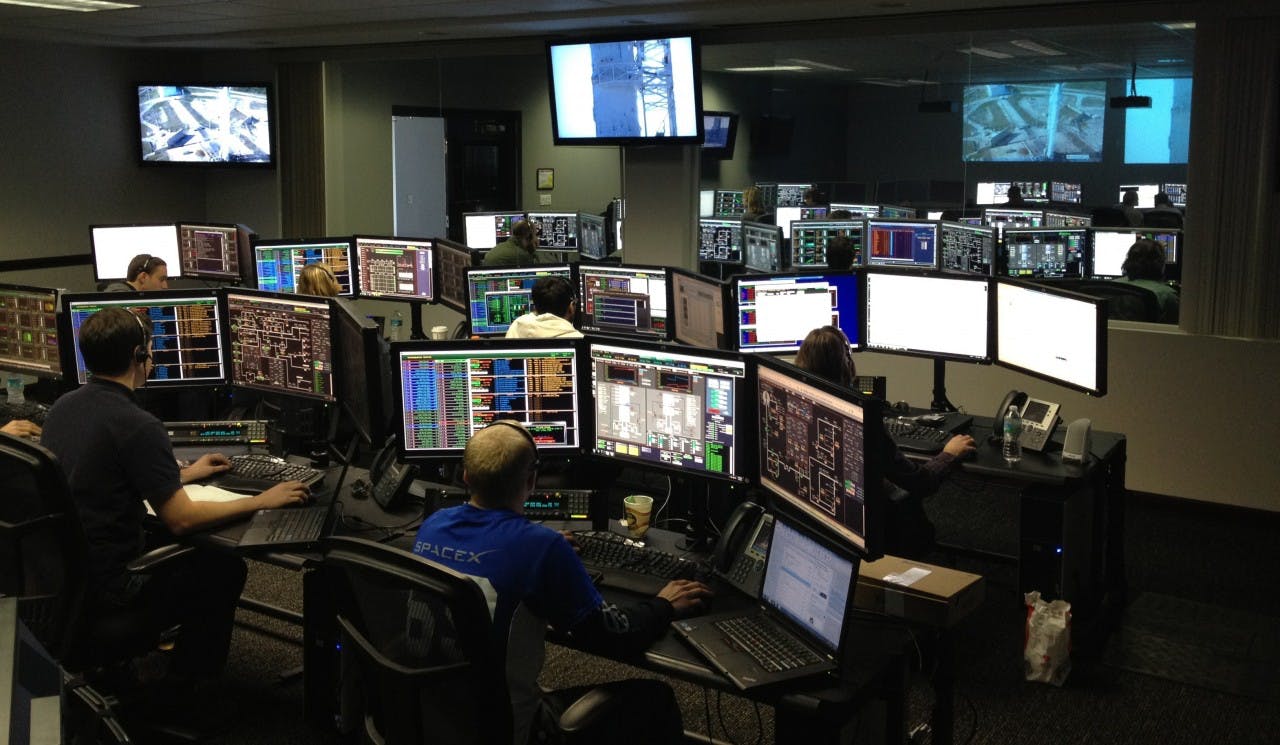 What Can You Learn From This?

1. Surround Yourself with a Team that Doesn’t Settle

This was a lesson that I took far too long to learn. Writing is a craft where you are going to forever be a student. You grow, you change, you adapt. It’s one thing I love about it. This applies to every artistic endeavor. There’s always more to learn, and room to improve. You need people who will bring that out of you, and help you reach the next step.

But the team on this project thought they had learned all they needed. They weren’t willing to admit that there were still things they needed to learn. They were willing to settle for the level they were at instead of continuing to reach for more.

2. Walking Away, While Hard, Can Be the Best Decision

There are days I wonder what would have happened if I hadn’t walked away. Would the project have ever made it from pre-production to production? But if it had, what would I have had to compromise on to get it there? Would it be something I want my name on? Something I wanted to be tied to for years?

At the end of the day, walking away allowed me to focus on other projects. I’ve written two books and quite a few short stories. I've improved my screenwriting by leaps and bounds in the last five years. I’ve fulfilled one of my dreams, writing a Doctor Who story for Big Finish Productions. I moved and moved back since then, chasing opportunities.

Had I stayed, chances were I wouldn’t have been able to do some of the growth I’ve done simply because by moving on to other things I’ve worked with people who push me and don’t let me settle for mediocre. 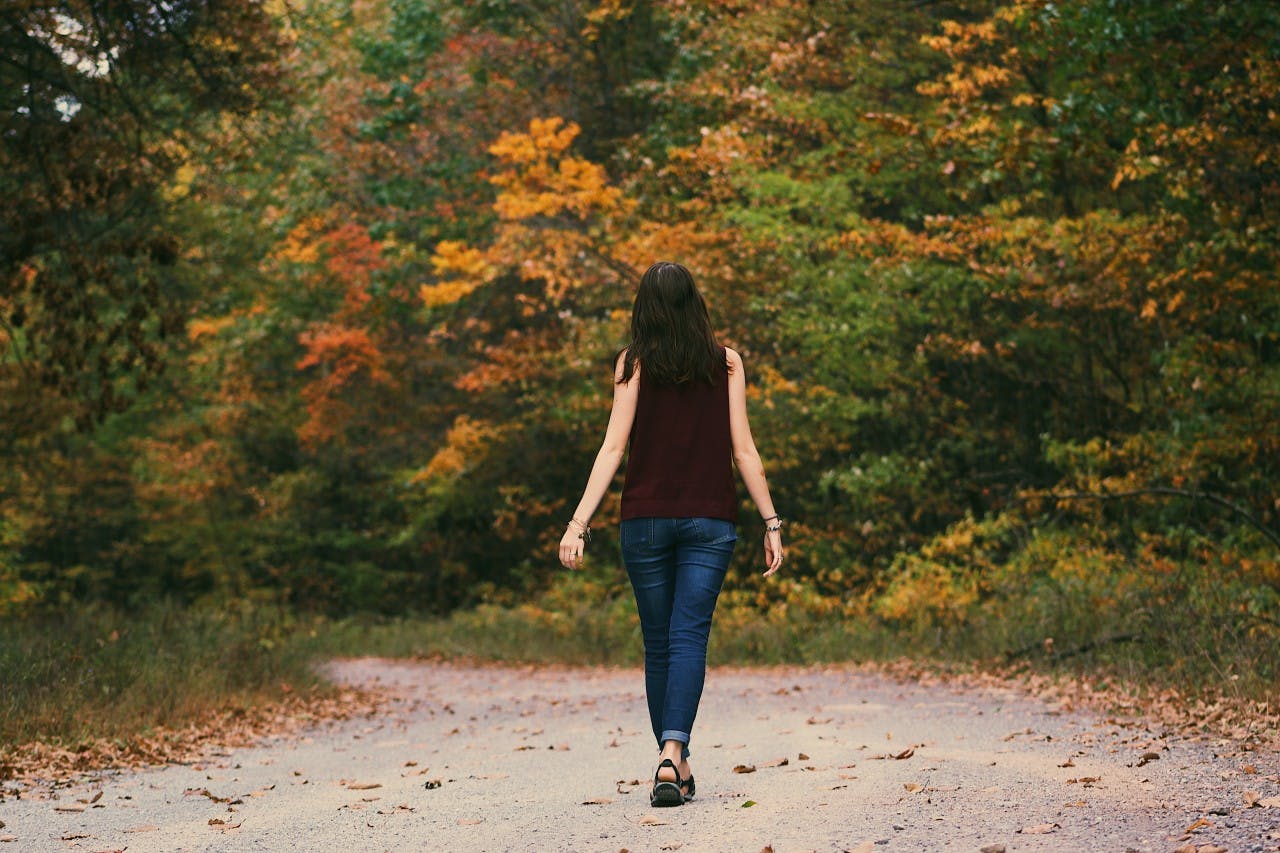 3. Walking Away Doesn’t Diminish the Lessons You Learned

I learned how to write for the screen. I developed a love for television. This project shaped me as a writer and as a person in ways I will be forever grateful for.

But by walking away, I was able to take those lessons and grow. And I know I’m nowhere near where I want to be. But, this project laid the foundation.

I also learned how to deal with a lot of problems a production can run into. I hope that when I get the chance to do more projects, I can take these lessons, learn from them, and be that much stronger.

Walking away is hard. I cried on the phone to Merle and to another friend when I made the decision. It felt like I left a huge piece of myself behind.

But I’m a better writer, and I think I’m better equipped to someday have the chance to work in television. And if anything I learned from this project helps me get there, then it was all worth it.

M.H. Norris most recently launched her mystery series, All The Petty Myths, which combines forensics and mythology. The first volume featured the premiere story “Midnight,” which won #2 Best Mystery Novel in the 2018 Preditors and Editors Readers’ Poll. Other stories in the collection took home #1 S...