Posted 9 years ago by Ben Tobin 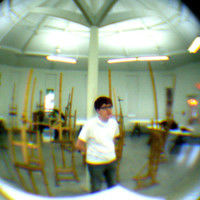 Ask any established producer or director their advice on how to get noticed as a filmmaker, and you'll no doubt hear the same thing over and over: "Shoot something!"

Too often though, excuses win the day. No money. No access to cast or crew (sacrilege if you're a 32'er). No time.

Remember, a dream without a plan is just a wish.

On my social media rounds this morning, I read a quote by Alfred Hitchcock: "In feature films the director is God; in documentary films God is the director." Certainly I don't fancy myself as a god -- if I were I would be using a RED camera instead of a Canon 60D -- however I do feel responsible for the worlds I decide to build and the characters I create. A little background before I return to Hitchcock and the divine attributes of filmmakers. Since I was but a wee lad, I have been a movie addict, as I'm sure most people on Stage 32 are. I watched the usual slew of Disney films we children of the 90's were nurtured on. I donned my Batman costume while watching Batman: The Animated Series and, for some reason (given my age), Tim Burton's Batman Returns (this is not a film I recommend for young children by the way). As I grew older, the likes of Stanley Kubrick, Christopher Nolan, Guillermo del Toro, Martin Scorsese, Peter Jackson, and Akira Kurosawa entered my filmic vocabulary. Fast forward to sixth grade, post first visit to The Lord of The Rings: The Fellowship of The Ring, I decided I wanted to be a film director, a world builder.

I spent the next few years trying to find a way to do this, but it wasn't until my sophomore year of college that I finally took my first cinema class. To make a fairly long twisty undergrad story short, I ended up a cinema major with a multiple award winning (Ashfield Film Festival Technical Achievement Award and Oberlin College's Phyllis Jones Award) short documentary about a bread baker, and a lot of unrealized narrative script ideas filled with doppelgängers, time travel, and various other odds and ends. Ok back to gods and monsters -- sort of. After my graduation in May, I had in my fine-feathered paws a wee script I wrote in February 2012, and it is about this script that I will now turn my attention. Like so many hopeful young filmmakers with a lack of experience in the industry, and like so many freshly graduated people of my age bracket, I started looking for jobs. I asked everyone and anyone for advice. I took to twitter to try and get a following and glean wisdom from people who had made it. And I joined Stage 32. More on this in a minute.

First, back to the script. Originally titled: The Scavenger Hunters, and now titled Aftermath, it's the story of a disgraced young Spy named Smith who offends a child genius. The premise grew out of a very Hitchcockian (yes, that quote in the beginning had a purpose) snatch of dialogue that popped into my head whilst consuming a large hot chocolate, and much like Dial M for Murder or Rope, it was a casual conversation between a youngish spy and his mentor over tea. I will note here that the main ingredients of my story were influenced by my abiding obsession with the 1960s Mrs. Peel era of the famous British Spy-Fi show The Avengers, the mad world of Alice in Wonderland, and, of course, Hitchcock. Following my departure from Ohio, I returned to home to Western Massachusetts and decided I would make this film with the very limited resources I had available at my disposal. First, my friends at Double Edge Theater in Ashfield, MA, helped me find actors via Facebook. Then, by attending town meetings and other such things, I was able to secure (free) locations for the shoot. I also met people who helped me assemble props. Due to my budget I became the writer, director, editor, DP, and sound recordist (with some help from my Dad). Despite being the grand architect on my lonesome, things came together very well. I shot the film on a budget of $50 with my 60D and Zoom H4n sound recorder / Sennheiser shotgun mic. 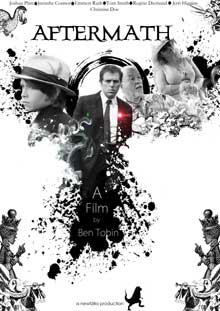 But, still, the movie wasn't complete. I needed some special effects work as well as someone to score the film. This is where Stage 32 came to the rescue.

I posted the project, not knowing what to expect, especially given this was a no-budget movie and I had no ability to pay for potential talent. To my astonishment, the response was incredible. I only wish I'd been able to utilize all the amazingly talented people who responded. I found Martin Przelaskowski, who did an amazing job with shots of an explosion. Then I connected with Daniel Buhr
, who handled the soundtrack. I can't recommend the work of these gentlemen enough. It is due to the talents of my collaborators that my characters have been brought to life so much more vividly then I ever dreamed possible.

This is always going to be a special movie for me because of all the care and passion that went into it, the kindness of strangers, and the friendships made. I only hope I'll be able to repay everyone for all of their work and talent one day soon.

To wrap up, this was a little project, but one that I had a desire to make. I'm eternally grateful to everyone who contributed their skills and their insight to make an idea (I checked to make sure the brain I put in was not abnormal) that could easily have been left to rot in my idea book into something living and breathing. I hope there will be bigger things to come and I can work with more friends, more Stage 32'ers, and more artists to make more movies. I'm applying to film schools for next fall, and my next project is a continuation of my documentary work which will encompass three movies I shot over the summer and into the fall. I am only just starting to sort through everything, but I welcome the task. I have funds that are still being raised on Indiegogo for anyone interested and I'm seeing someone willing to lend a hand with sound editing.

Finally, I'll give the advice that worked for me, you don't always have to wait for a million dollars to fall into your lap. Go out there and make a movie. It doesn't have to be a perfect movie, mine certainly isn't, but it's important to try and get your ideas made and follow the dream where it takes you.

P.S. - A big shout out to Nan Parati and Elmer's Store in Ashfield. Without Nan I would not have been able to film most of this movie. I also can't recommend Elmer's enough if you find yourself in Western, MA check it out.

Ben is available for remarks and questions in the comments section below. Thanks in advance for the support.