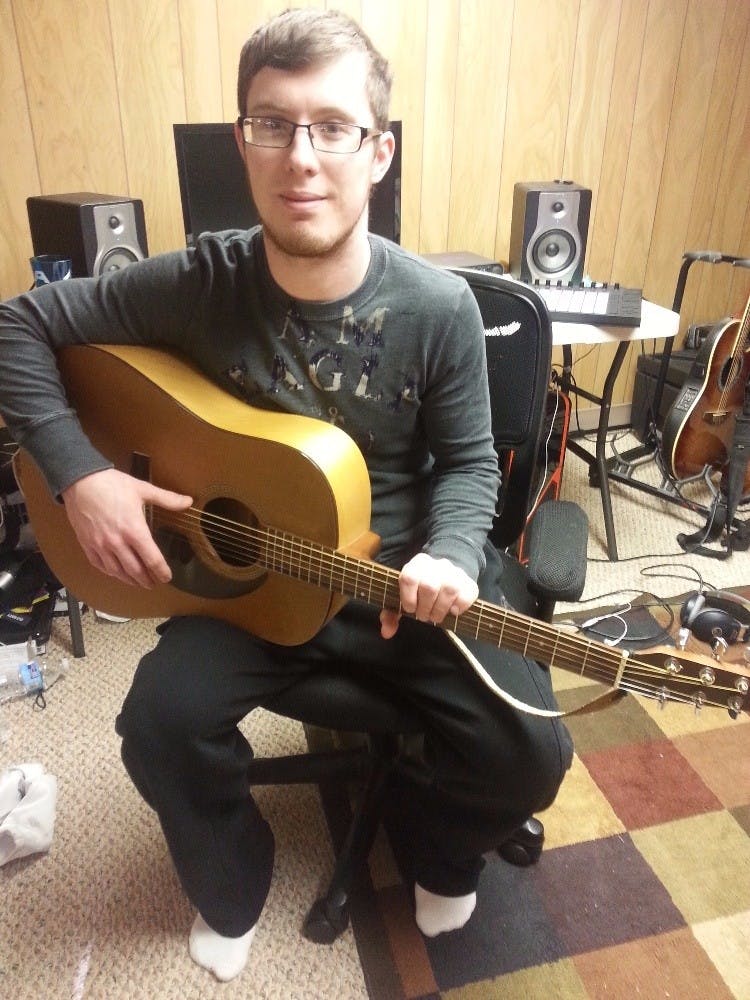 The art of filmmaking is one of the most collaborative projects that exists. So many roles play a part in the making of a film. Communication, camaraderie, and collective skills all play a part in making just one scene on the set. It is amazing that a creative thought that pops into a writer’s head turns into a whole story. Then that story turns out to be a brilliant idea. Now, the story that was in the writer’s head, is being acted out and created by cast members and a production crew.

After that is finished, the film is now in post-production. This still is a very collaborative time in the project. The director is there every step of the way. This is where the magic on the screen happens. After everyone is finished, there is one last person that needs to work on the film. This is the film composer. One of the most nerve-wracking points in the project for the filmmaker. The whole project would have had such a large team working on the film at one time and to the director, it can be a daunting prospect sending his/her precious dream off to one person, the composer.

Directors are often misinformed or perhaps not informed at all about the final stage of the project, which is the original soundtrack. It can take up to a year or more just to get the project to the point of sending it to the composer. Then, the composer usually has a very limited time to squeeze out an amazing soundtrack that will leave the audience in awe.

Sometimes, composers drop out, or the director finds his/her score unappealing. This is when the director will find another composer, which means there is even less time than before to score the entire film. In this situation, composers have been known to squeeze 40 minutes of music into a full-length feature film in one week. This is a high-stress time for the composer and director. What takes six weeks, is now squeezed into one week. Not many composers can do that. Often times, directors have questions for film composers. Communication is critical when it comes to filmmaking. This includes communication between the composer and director. Here are some questions that new and seasoned directors have.

**Here are some questions that new and seasoned directors have:

What is the approach to making music for a film when it comes to instruments?

A few factors when it comes to instrumentation for a film is the time period and the location. Also, it depends on how authentic the director and composer really want the music and film to be. Perhaps they want to have the audience feel like they are in the medieval times. Perhaps the film is set in the medieval times, but fantasy is also involved. If there are gigantic monsters and other fantasy characters, then the soundtrack could get away with being somewhat authentic, blended with current music. Having an in-depth conversation between the director and composer about what emotions are portrayed in the film and what message the director wants the audience to leave with is key.

What makes a composer decided to work on a film, besides money?

Film composers score films to make movies, just like everyone else. Film composers play such a big role in movies. They can really animate the film, be the reason you cry during a sad scene, set you up for a laugh, create tension and glue the film together. Doing it for the money would be a really poor decision. When I say poor, I mean literally. It takes years just to start making money. Even when you do, you may not be able to survive off of it. It is more of an investment than a pay check. If you make it into the big leagues, of course, the money is quite nice, but even then, they are not doing it for the money. They have a passion for film and music. A lot of times composers accidently stumble into film. Most of the time, they don't even think it's an option.

What do you always want directors to know that they may not understand?

To express music and what they want in film by describing emotions. Usually discussing the film, characters, what's inside the character's head, what emotion do they want in certain scenes. Doing this helps the composer be very creative.

How early in the editing process do composers need rough cuts to start composing if they need it to make a start?

This depends on what the director wants the composer to do. If the director wants the music to be used as transitions for scene changes and to cue in and out at specific times, the composer will need the final cut. This will give the best results. The director may give the composer a rough cut so he/she can come up with ideas for the score. Sometimes big directors won’t even let the composer lay eyes on the film, or even mention what the film is called. The music is based solely on communication about emotions, key words, and simplified versions of the scenes described. Usually, the composer will make whole suite, full-length compositions and the music editor will chop up the music and edit it in the film, creating his/her own cue in and cue out points with the composer’s music.

What inspires them most about composing for film?

A few popular reasons composers go into the film industry are:

2. A certain film blew them away and they pondered the idea of making music for film.

3. Some random director came up and asked him/her to score music for the film.

4. Has pure love for film

How can we as filmmakers help composers?

By asking the composer “How can I help you create the best score for this film?” Learn about their process. Ask to check out a recording session. Don’t overstay your welcome though. Read blogs, watch interviews on YouTube. A good relationship will create a good film.

Does the composer’s like or dislike of a film affect their scores?

Yes, it surely does. If the composer is not excited, inspired and wanting to score the film, then he/she will not bring their 'A' game. Usually composers take on films they want to be a part of.

What genres are the most challenging to compose for?

Whatever style the composer least does, or has never done before. This is why every composer has room in the film world. No two composers are alike. One may be strong in jazz and lack experience in renaissance music for instance and vice versa.

How long does it take for a composer to come up with the right score?

Usually a composer has six weeks to score a film. Depending on the music budget, the composer focuses solely on writing the music if the budget allows. If it is a low budget film, the composer also has to mix and master the soundtrack, which takes just as long as writing the music itself. If the composer knows ahead of time the he/she has to do all the mixing and mastering, then he/she will would plan accordingly and not focus too long on each cue. If the composer has a budget to hire a mixing and mastering engineer, then the composer can focus on more complex cues and really focus on making the best soundtrack as possible. Directors tend to panic when a composer has nothing to report back to them, especially after a few weeks. Sometimes it takes a while to get the ball rolling, but once it does, it is smooth sailing from there.

Coming from a family of nonmusicians, at age 13 Bryan deeply desired an acoustic guitar for his birthday. For three years, Bryan studied with a professional mentor once a week. At that time, Bryan mastered fingerpicking, slide, and improvisation.

Bryan took classes at the local community college to learn theory and the art of songwriting. He met some inspirational musicians and professors. At the time, he had a passion for songwriting. He would always carry a notebook and pen wherever he went. Never knowing when inspiration would hit, he would be able to jot down the perfect line for his next song. Later he would discover his passion for composing for film. Given Bryan's background of guitar, singing, songwriting, and passion, his current compositions have a unique sound. You can expect to hear hybrid orchestra, jazz, flamenco, beautiful orchestra, catchy melodies, and perfect emotions to match the screen. You can connect with Bryan here on Stage 32.

Do you want to capture a certain emotion for your film? Do you want the music to make your film alive? Unique sound, and a theme gives character to your film. This will leave your audience something to remember when they finish watching your film. All the best films have music that is iconic, and e...