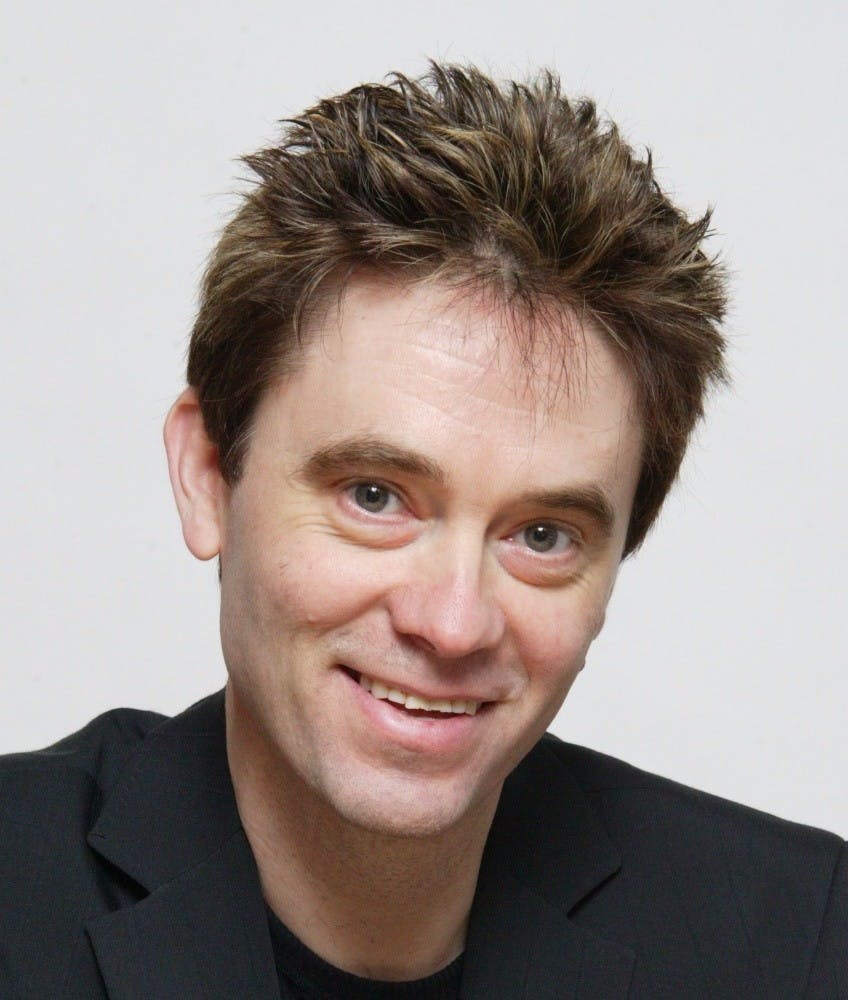 Has science found the answer to maintaining audience engagement consistently during a movie, by eliminating filmmakers 'blind narrative spots?'

Although a scientific approach to filmmaking can provide an evidence based framework to maintain audience engagement, many filmmakers perceive a scientific approach to filmmaking as ineffective, which limits creativity. However, scientific research studies can determine what engages audiences, by measuring viewers reactions to different story structure cause and effect paradigms, to identify what narrative features or cinematic techniques engage or disengage audiences. This research not only identifies the filmmakers 'narrative blind spots', but also resolves them by creating new types of filmmaking conventions, that engage audiences more effectively than if movies are made from a purely creative perspective.

So, what story structures engage audiences? In 1982 media psychologists Brewer & Lichtenstein, found that suspense is a key narrative structure to viewer enjoyment and engagement. Professor Ed Tan also found that suspense increases the emotion interest and audience engagement (Tan 1998). Suspense is created when audiences watch a specific type of conflict-crisis in the story that effects the lives of fictional characters. One form of suspense is when the conflict-crisis triggers a mediation process to an unresolved crisis in the story, producing an anxiety response until the crisis is resolved. Although suspense has a strong association with the thriller and horror movie, suspense cuts across genres, eliciting different forms of anxiety, whether a romance, comedy, melodrama or horror movie.

In a scientific research study about the construction of suspense, I defined the experience of suspense as: 'Mediating a story structure conflict-crisis cause and effect paradigm that leads to a direct threat to fictional character(s) or/and audience, creating an anticipatory stress reaction'.� The definition provides a framework to measure audience experience of suspense as an anticipatory stress reaction (anxiety). This led to designing a film experiment that involved measuring and testing different types of suspense narrative structure cause and effect paradigms from horror films. This is because it was assumed that horror films were more likely to elicit a stronger anxiety response than other genres. 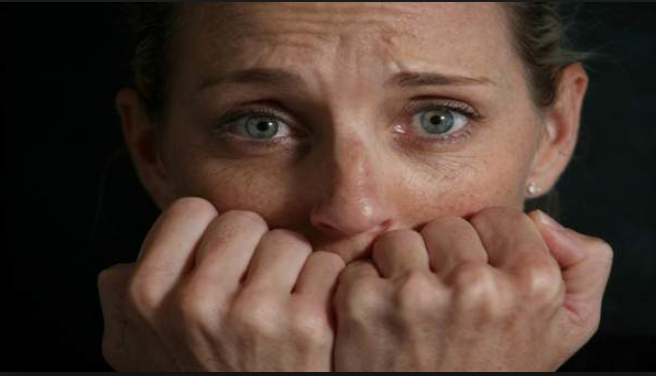 Audience anxiety was measured using psychophysiological recording, which monitors audience physiological responses that produce psychological traits (e.g. tension) and emotion, (e.g. anxiety). The psychophysiological recording technique used was electrodermal activity, which measures electrical changes in the skin and emotional sweating and is the most effective method to measure anxiety due to its special relationship with the sympathetic nervous system and amygdala, the brains body defence flight-fight system (Braithwaite et al. 2013; Misslin 2003). In the study, I also identified a novel way of measuring the emotion anxiety, using electrodermal activity in terms of durability over time and intensity level and makes a contribution to knowledge in media psychology and psychophysiology (Bound, 2016).

Here are two brief examples where the study revealed filmmakers 'narrative blind spots; when a decline in audience engagement and anxiety responses occurred.

1) A suspense narrative structure from the film The Descent (Marshall 2005) had a high frequency of fast short camera shots during a fight scene between a zombie and protagonist. The camera shots used were close-ups and extreme close-ups of a zombie's face, in the attempt to scare the audience. However, instead of the audience experiencing a state of terror, the fast camera shots disrupted audience engagement and anxiety responses disappeared. So why did this happen? Especially when many filmmakers use a high frequency of very short camera shots in fast action scenes to make action scenes more exciting! Research studies have found that shorter camera shots capture our attention quickly through faster movement, and more motion than longer shots (Cutting et al. 2011), but in the study of suspense we found that when viewers watched a succession of rapid short camera shots during fast action scenes, viewers became disoriented, confused and reduced engagement (Bound, 2016). 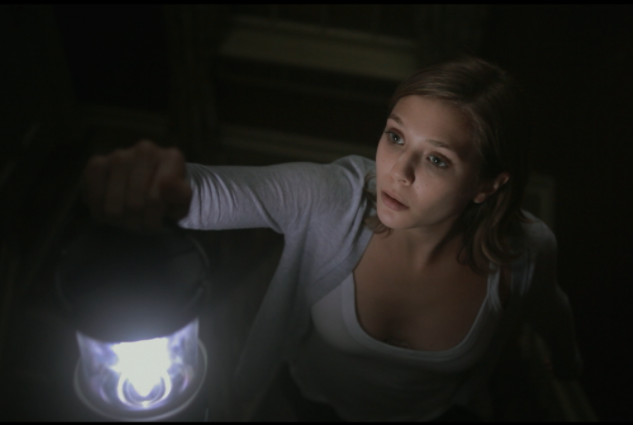 2) A suspense narrative structure from Silent House (Kentis & Lau, 2011) the audience watched a black screen for 86% of the time during the narrative structures. The black screen was only briefly interrupted with one of four different still images (each less than one-second in duration) appearing on screen at different times during the narrative structure. Suspense was constructed using the sequence of images over time to build a pattern of suspense (anxiety). The assumption being that viewers would experience an anticipatory stress reaction, because they did not know when an image would appear on screen and that the images would be frightening. With only these fleeting images appearing on screen, viewers had to rely on listening to diegetic sound to capture their attention and understand what was happening in the story. Even so, a strong form of anxiety in terms of prolonged durability and high intensity was developed, but only after the first image had disappeared, leaving the viewer watching a dark screen. However, with little visual story information appearing on screen and only sound of whispering cries of the protagonist, viewer anxiety responses declined half way through the narrative structure. Overall this was due to the lack of visual story information on screen, which made the viewer cognitively to work harder to understand what was happening in the story world. Another important factor was that viewers did not see the protagonist's reaction to what was happening to them. We know from scientific research studies that we are more likely to empathise with people (fictional characters) when a liked character is in a vulnerable position and we see their facial expressions of pain and/or suffering (Caes et al. 2012; Kydd, 2011). Another factor that decreased suspense, some viewers said they got used to the pattern of each image suddenly appearing on screen. So rather than creating a strong form of anxiety, it reduced tension because they said they knew what to expect. 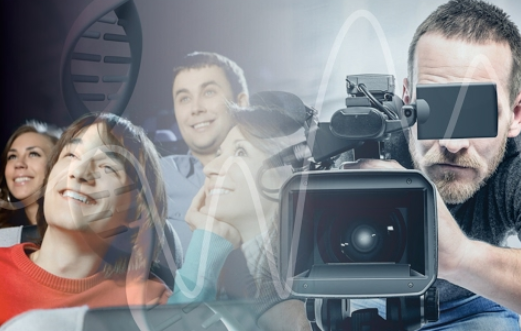 These are two brief examples from a major research study demonstrating filmmakers' 'narrative blind spots' that they are unaware of and informs us that science can play an important role in understanding how audiences respond to different cause and effect paradigms in cinematic storytelling. This 5-year research study into audience engagement not only reveals filmmakers' 'narrative blind spots', but the outcomes of the study act as a foundation to resolve them by aligning the DNA of audience engagement with the art of cinematic storytelling. This can be achieved by selecting the most effective narrative structure cause and effect paradigms in combination with different cinematic techniques (camera shot frame, angle, duration, and movement), sound (non-diegetic and diegetic), lighting, mise-en-scene and editing (pacing) that will have the most impact on increasing and maintaining audience engagement.

Building on this research through future research studies will lead to gaining deeper insights into how filmmakers can develop new forms of storytelling to meet 21st century consumer expectations across cinema, tablet and smart phone. Future research studies will also involve screenwriters and filmmakers in an inclusive process, and encourage an interdisciplinary approach to research and filmmaking. The team would include screenwriter, director, producer, editor, marketers, neuroscientists, physiologists, data scientists and audience researchers through a collaborative process, producing engaging cinematic stories that maximise engagement and returns consistently for 21st century consumers. 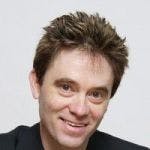 Keith is a pioneer in the science of cinematic storytelling, narrative design, audience engagement research. An award-winning designer, he has a substantial background in innovation, design and the creative industries and specializes in creating and leading an inter-disciplinary audience engagement teams: screenwriters' filmmakers, data scientists/analysts, physiologists, neuroscientists and audience researchers. To deliver a new form of storytelling that meet 21st century consumer expectations, maximize returns and shareholder value. 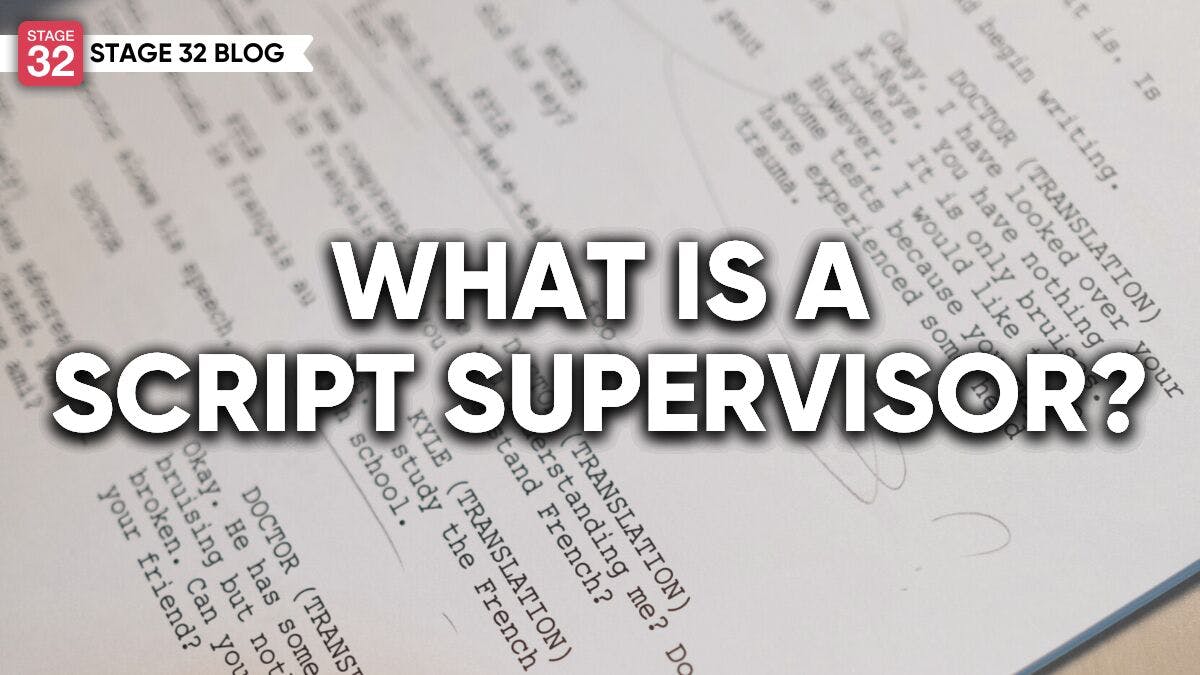