Posted 5 years ago by Aaron Falvey 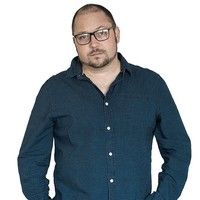 For some time now I thought it would be great to do a series of blogs, which follows my journey as a filmmaker. The experiences I have encountered have been so varied, some good, some bad, some tragic! I thought it would be nice to start with how I got into filmmaking. I call this first blog ‘Follow Your Heart’.

I’ve been passionate about filmmaking since I was nine years old, that’s almost 29 years ago now. I grew up on a rural apple orchard in the countryside. We made our own fun, having a great imagination was vital to ensuring we remained entertained. If we were lucky we would get to go to town once a fortnight. I used to watch a lot of films during the weekends and holidays. I would watch films which were recorded off television over and over again.

At this point I knew filmmaking was something which was very interesting to me, but the true realization came when my neighbours parents bought an 8mm handycam. We started making short films and I realised just how passionate and enthusiastic I was about the process of making a film. From this point onwards our spare time was spent making a series of comedic action films. Lots of fight scenes and laughter along the way! The satisfaction I got from watching my finished product and sharing it with others was unquenchable. Story was most certainly not a priority back then like it is these days. I was a huge action fan, I grew up on Arnold Schwarzenegger and Jean Claude Van Damme films, these guys were my idols. I loved action and martial arts films. 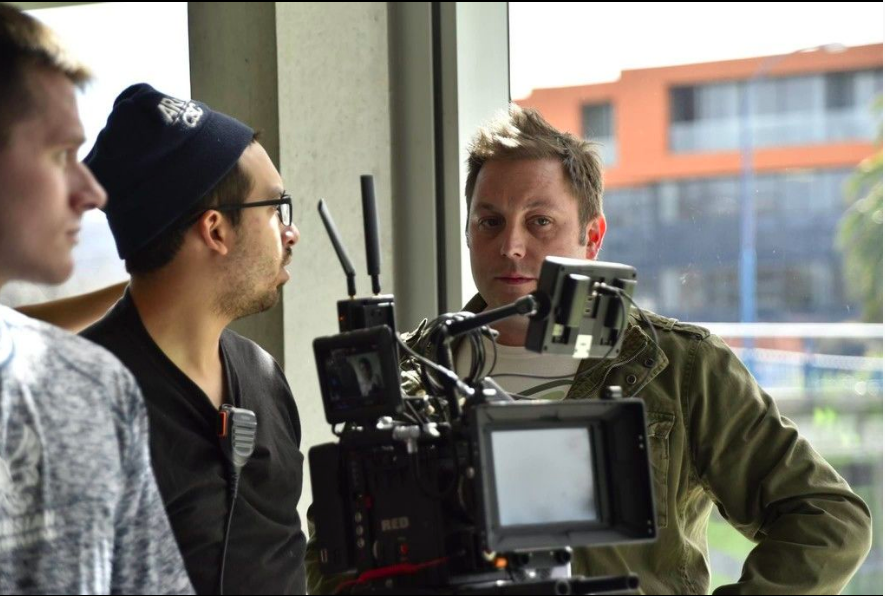 Initially when I started making films I actually wanted to be an actor, but as I grew older my opinion changed. I found I loved being behind the camera, capturing the moment and telling a story. However as I got older, my friends lost interest in making them, for them it was more a phase than an obsession like it was for me. This made it hard for me to pursue my goal. I went through a filmmaking hiatus, my parents had a strong influence in this. They told me I should be learning horticulture so I could take over the family orchard.

Our region has an abundance of vineyards and the work would be plentiful. To be fair they were correct in their opinion, they were just speaking common sense, but it in no way encouraged me to follow what I was passionate about. The town I lived in did not have a film industry, there was no work in our region. Everyone knew you had to move to a city centre like Wellington or Auckland to have any chance in getting work. This did not interest me whatsoever. I loved where I lived (I still live here today). Having had various pieces of advice thrown at me as a teenager, it really clouded my judgement and confused me about what I wanted to do. You can be easily influenced as an adolescent. This was definitely the case for me. 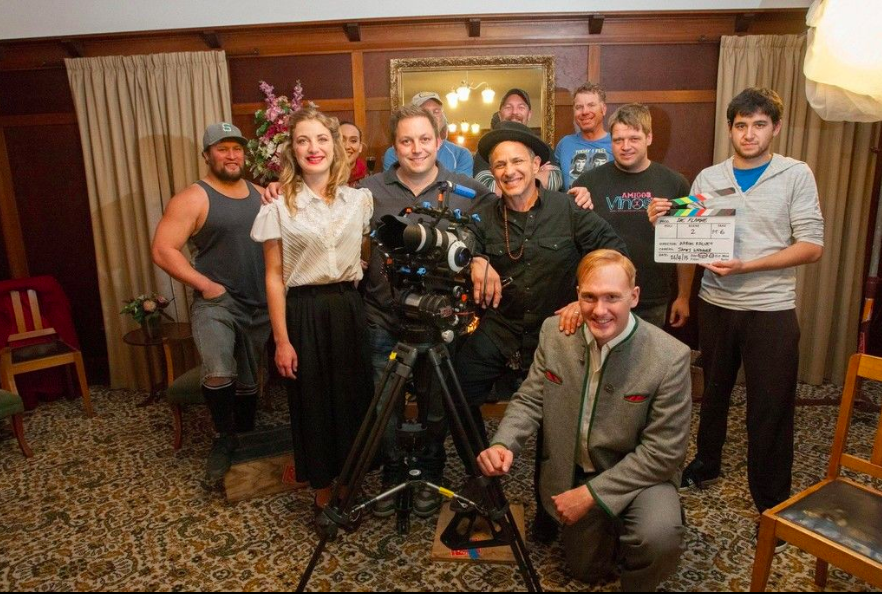 I decided to have a gap year after I finished college and started working in a vineyard. I came very close to studying viticulture, but something just didn’t feel right, I felt like I was doing it just to please my parents. I had an inkling that it wasn’t the right decision and then miraculously, another opportunity presented itself. I was offered a job through my best friend's cousin working in the local photo lab, learning how to process film and print photographs. It was a job which I did for eight years. I learnt a lot of things about photography, developing film and colour correction. I also had a great eye for composition, which led to me shooting a few weddings, filming wedding videos as well as news coverage in our region for national news.

However I still wasn’t satisfied, I needed more. I am sure some of you will understand when I say I felt like I had a huge black hole inside me and everything I was feeding it made no difference. Like eating when you’re hungry and never feeling full. The only thing that did satisfy my needs was working on a couple of short films with friends on the odd occasion. I absolutely loved it! 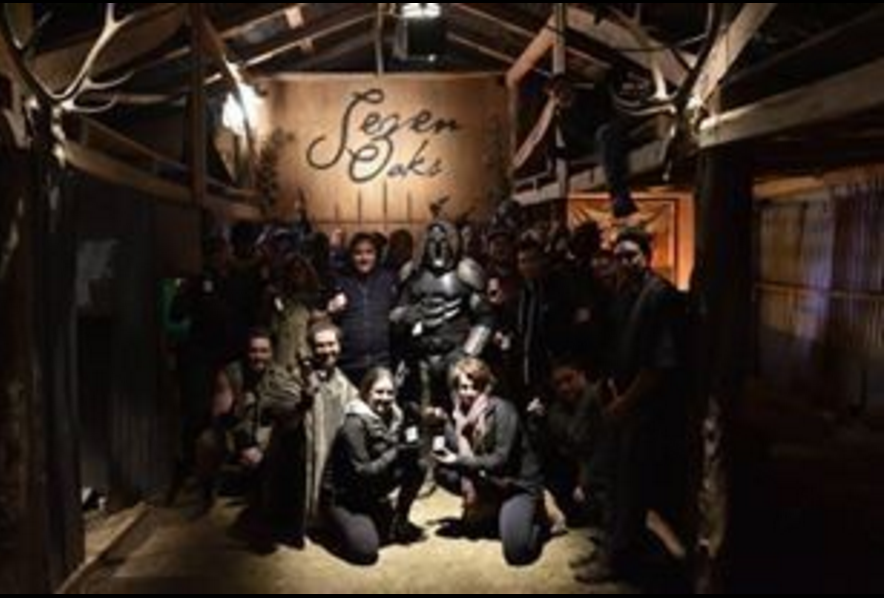 In 2006 I moved onto a new job as a Video Producer, developing educational videos for training (this is still my full-time job today). This work was more in line with what I wanted to do and it felt like a natural step in order for me to progress as a filmmaker. This is a fantastic job and my employer is very supportive of my career aspirations to become a filmmaker. While working in the field of video, I still had a burning desire to be telling stories through film. My wife and I had our first child back in 2010, I was 31 years old then and after reflecting on life and how my future was panning out, I thought to myself ‘If I am going to be a successful filmmaker, I really need to get out there and do this soon’. I think between 2010 and 2012 I felt the most unsettled I have ever felt about the future. The desire was there, but the film network or the infrastructure was not.

I can’t stress how lucky you are if you live in a city or town which has an established industry, you are so lucky! It wasn’t just as simple as going along to a film meet or responding to an advert I saw online or in the paper, which is looking for cast or crew. I had to build everything from the ground up, so that is exactly what I did.

In 2012 with our second child on the way, I was fortunate that a guy I’d known for years had just moved to town as his wife had a new job. He didn’t know anyone and he was really keen to get out there and meet some new people. I mentioned to him I was interested in filmmaking. He too was fascinated and had already made a couple VLOG videos for YouTube. One day he said to me (and I remember it clearly) ‘Let’s make a film’. It was the four best words I’d ever had someone say to me! I have literally never looked back! It was the start of my real journey into a big bold world as a filmmaker. I started to feed my desire to make films and since then I have always felt incredibly satisfied with life. I am doing what I love.

Never ignore the desire or feeling that deep down is telling you to do something you love. It’s there for a reason. Follow your heart.

Aaron has been passionate about film making since the age of nine when his friends parents bought a handy-cam. They spent their weekends making short home movies and since then it has inspired Aaron to become a film director. In 2012, after working in the photographic and video production industry for 14 years, he decided to focus on professional film-making. Since then, he has been involved in a number of films. His most recent films are Ascendance (2017) and The Flame (2016) . Although he primarily directs films, he is also a very talented producer having produced all his own films. 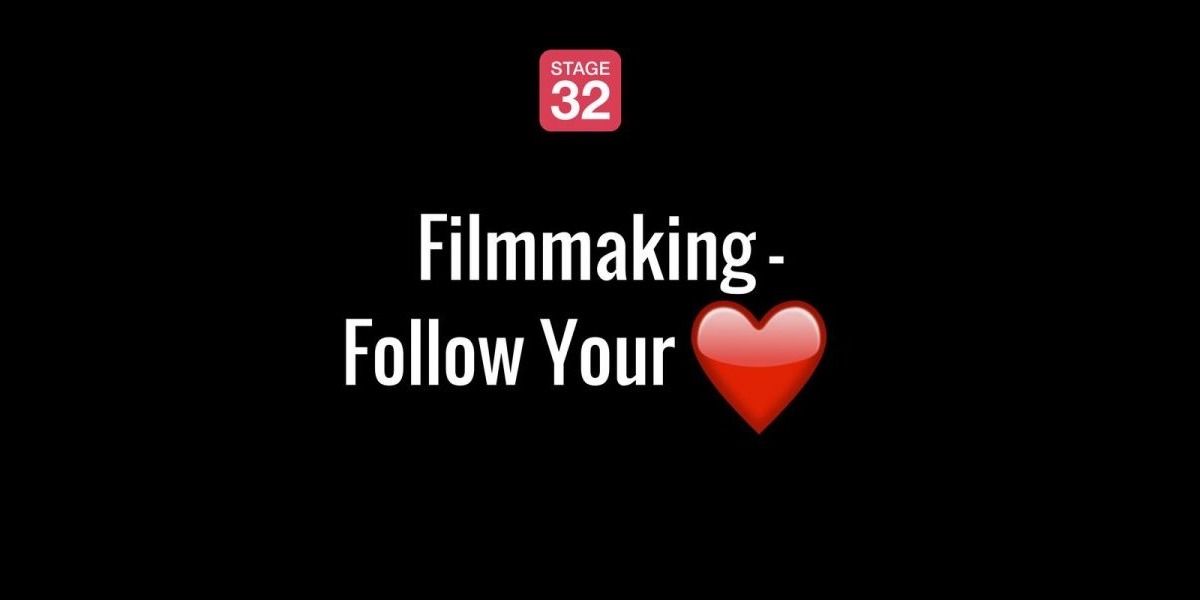