How To Direct A Feature Film With Nothing.

Posted 6 years ago by Pascal Payant 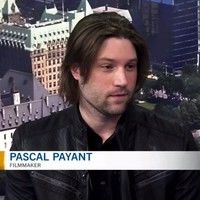 Tips on techniques I used on the feature film ON THE HORIZON.

On The Horizon was a process that took four years. I’ve learned a lot in that period of time. For the past 12 years, I have been working on short films, music videos and now feature films. All my projects have always been done the same way, with barely any budget and no crew at all, but I was still successful. I won festivals around the world and secured funding for two feature films. I wanted to share with you some crucial tips on how to proceed and not be discouraged in the invasion of the digitalized world. For indie film, it is not only about the story. Since you don't have a named star yet, you need to break through the crowd. You need an amazing story, locations, actors, music, camera technique. Every department needs to be a wow, otherwise, it's not enough and that's why it's hard.

On The Horizon - Official Trailer (2016) 4K from Pascal Payant on Vimeo.

People will always tell you to keep it simple, don’t complicate things. Don't be safe just because you don't have money. I would say completely the opposite, be bold, aggressive, different. Do everything except being safe. In your script, write what you feel is needed to tell your story and don’t hold back. If there are too many locations, who cares, just make sure they are crucial to the story, if not, delete the ones you don't think are necessary. Make sure everything is straight to the point. We live in a world where everything is moving even faster than before, so if you want to capture your audience, make sure every scene is thrilling and deserves to be there.

The problem with making films without funding is that everything looks bland, there are locations that are not interesting to look at, so keep in mind that a film is supposed to excite us and make us feel something. if you look at your work it and you think 'blah it’s boring'. trust me we will be right with you saying the same thing. Make sure every detail in your locations are there for a reason and are stunning to look at. They can be stunning in the most beautiful or ugliest way, it just needs to be compelling to the eye. It doesn't cost much to do that, I was able to shoot in a Castle in France, and Bonneville flat in Utah for dirt cheap. For the desert shoot, I only paid the permit and that’s it, one of the most stunning locations on earth for nothing. That's the idea, finding stunning places that cost nothing to shoot. That's why I’ve always loved shooting outside. it's breathtaking and it makes your film stand out compared to other indie films out there. Find locations that will make your film different from others, because you have to keep in mind there are 10,000 filmmakers just behind you doing the same thing. Think differently, be different.

For 10 years, I used only natural lighting for shooting my films. Why? because I had to shoot fast like in a documentary, I had to be ready to capture real life in the moment. Of course, not all filmmakers love that technique, but for me, it worked. It's raw and real. It takes practice to be able to pull it off, but if you take the time to learn, natural light will be your biggest ally. If you adapt to the natural element, it can make your film so much more interesting when unpredictable madness arrives, that’s why I love shooting outside. You have the best scenery and it costs nothing. Use the sun and dance with it.

Having no budget doesn’t mean you have to take on bad talent. It just means you have to work harder to find a great one. If you find someone and they love your work, you will need to show a body of work to be able to get favour for everything, actors that might be willing to work for free, find locations for no cost, sponsors etc., people who will work cheaply to be in this with you. It's all about your passion and how you can convince them. There are so many amazing actors who want to work so badly and if they love your work, they will jump on board and give their all, because they want the best footage of their work, they want to be associated with talented people and it’s all about the final result. When you cast, make sure you find people that are interesting, unique and look like stars and have real acting experience. It’s not just about looks, but it helps a lot. When you have amazing talented actors who look a million bucks and are talented, that’s what you want. It’s all about emotion. Nothing else. People want to dream, feel, cry, scream and escape. Find the people who can emote that. Don’t settle for anything or stress because you don’t have funds, just take your time and find the best actors possible that represent your vision. It’s all about the vision of your project.

Quick tip for actors: when you audition, don’t have the script in your hand. Learn the lines. Look the part like in your headshot picture and give your all. So many actors look stunning in their headshots, but when you see them in their audition videos, it comes across as though they don’t care. They look horrible and don’t dress like the characters they are supposed to be portraying. When you're using a submission tape, you have no reason to suck, because you can do it until it’s amazing. Once you feel you have killed it, then send it to us. It will only help you in the end.

Don’t go crazy about it, no one really cares what sort of camera you are filming with. Take anything that you can get your hands on. It’s all about the story and what you do with it. People win awards with films shot on their iPhones these days. The only reason why I filmed with the RED DRAGON for my film, was that I got an amazing deal and I wanted something that would shoot RAW in case I messed up while shooting. Of course, I messed up, but the RAW ability to fix everything afterward was such a positive aspect.

When it’s time to acquire music for your film, make sure you know what you are doing. It can break or make your film. Find bands that help fit your vision. You will know right away when a piece of music fits with you and is right for a particular scene or mood. Your instinct will kick in and tell you if it’s right. Test different styles of music, but when the right one arrives, everything will stop and you will say "this is the one". If you find bands who are willing to give their music for free, show them your work, be polite and make them excited to be part of the team. Don’t use them. Work and collaborate with them. They will make the film way more interesting than you can imagine. They are the voice of emotions.

The most important one yet. You need to have your own 'voice' in this art form. Without it you are nobody. You want people to say "oh yes, that’s the new film of by Joe Joe" because they know it’s you by the way you shoot, the way you cast, the story style, the location choices, the music. When you watch a David Lynch film, you know exactly it’s his the second you click play. You NEED that. it’s crucial. That’s why it took me 12 years to get to a feature film. I wanted to be ready, to have my signature, my own way of seeing the results in cinema. Find yours and you will affect the audience in the most stunning way.

Trust yourself. One of the reasons I always shoot with the bare minimum of resources, is because I know I can get things done way faster than anybody. When you work with no budget on set, you want things to go fast and easily. Of course, I always collaborate with people in different ways. I always have a sound guy on set, you can't discount sound, It’s more important than image. Overall, trust yourself to be able to do multiple things. If you know you suck so bad at one thing, then go get help, but otherwise do it as best you can yourself, you are more capable that you even know. You are stronger than you can even imagine when you are put to the test and you can save so much money. That’s why, the more you shoot, the better you will become, you'll also be faster, create better quality work, find a way to save money from all angles and be ready to dance with any problems that come your way.

I can go on and on about tips, but I hope this gives you a little taste of what I’m trying to tell you guys. Enjoy, practice, watch movies and be inspired. Don’t wait for anyone, don’t wait for money to shoot something, just get your camera, go outside and push yourself to be different, find your unique voice and show your work to all. Listen to feedback, good or bad then move on to the next one. Learn from your mistakes and be humble. It will make you better I promise. Once you master all that, then finding investors for your films will be easy because you will have the best work to showcase, to prove your talent. Words are no enough anymore, It's all about real hard work and dedication.

Pascal is based in Montreal, he writes, produces and directs every aspect of his films. He graduated from the University of Quebec; majoring in script and psychological analysis in movies. Pascal has gained the respect and admiration of international musicians willing to provide the perfect musical atmosphere for his films. With his sense of dreamy, melancholic and romantic ambiances, as a director for more than 10 years, he has now directed his first feature film length film called On The Horizon. You can network with Pascal and learn more about his film, On The Horizon, here on Stage 32!