Posted 5 years ago by Tennyson Stead

Given my particular challenges and handicaps, the only way I am going to make a contribution to our community and our culture that truly fulfills me is if I focus my labor with absolute precision and efficiency. (If you missed it, check out Part 1 here) My career has constantly nudged me to reduce the workings of our industry down to their most essential strengths and to make those strengths my own. Now that my tolerance for unnecessary risk is completely eradicated and I've broken my work down to the simplest elements of show business, I can speak with clarity on what those pillars actually are. Surprisingly, there are but two:

While none of us are blind to the need to be good at our jobs, I believe craftspersonship is a value most of us pay lip service to rather than embracing wholesale. Accepting a gig when we know another show person is better equipped to meet that production's needs is a violation of trust. If we know someone can do the job better, we owe it to the production to let them try and get that person first. If we don't believe the production deserves that better person, then we don't respect the show! "But Tenny," you may ask, "if this is true, how can we ever accept any work at all?"

Simple. Deliberately make yourself into that craftsperson the show needs the most, instead of the one they settle for. Forging the best possible version of ourselves as a craftsperson requires a lifetime of sustained labor and the payoff is knowing that our productions could not have been better executed than they were. Knowing that one, simple truth makes a world of difference when the self-doubt we all possess and the inevitable bad reviews we all eventually receive come home to roost.

By far, the most important part of developing our craft is a constant, disciplined effort to acquire new habits that support the excellence of our work and the production as a whole. Too much focus gets placed on the transient value of ideas and aesthetics. Instead, look for the meat of our labor in the specificity with which we express ourselves creatively, the range within which our creative specificity can be maintained and the structure through which our work supports the creative excellence of the colleagues working right alongside us.

In the eyes of film critics, obvious and surface-level attributes like tone and theme are the sign of a film's creative competence. In reality, these things are just a by-product of our fidelity to dramatic structure. Craftspersonship comes from excellent creative habits, work ethic and not from what we know (or think we know) about film.

Why would we ever believe otherwise? Because it's easier. Let's set aside our fixation with the Cinderella myth and do the work, people.

Becoming the best is only half the labor and the other half probably isn't exactly what you're expecting it to be. Most of Hollywood draws a line between 'creative work' and 'business work', and most 'creatives' are taught to see business as someone else's problem. For example, most people look at who will actually buy tickets to a movie as a marketing problem. Such problems are the domain of specific people whose job it is to manage these things.

Nobody in theater, regardless of their age or needs, is allowed to leave a show until the last audience member is out the door. If you were working in some publicly visible capacity on the production, the house expects you to stick around and serve the audience drinks until their evening is complete. If you were working backstage, you need to reset and clean your house for the next night. Why? Because this is our community and we have to take care of it.

In reality, marketing campaigns are the global equivalent of flicking the house lights on and off. Marketing tells the audience it's time to sit down and watch the show. Metaphorically speaking, the only people who see and understand our marketing efforts are those already waiting in the lobby for the show to start.

Telling ourselves there is a division between the creative and business sides of film is a transparent and foolish attempt to duck out on literally half the work to which we have committed ourselves. Where craftspersonship is about the rigorous maintenance of oneself, showpersonship is all about maintaining the community that supports our work. Just like in theater, our film community extends well past all the people we actually work with to include those people who watch our productions. Any given production's success is a product of the web of relationships that make that production up, right down to the last audience member. Managing those relationships is a responsibility every showperson must bear accountability for and none of us are blameless when those relationships fail.

So what does the audience need from us to invest in our productions? Naturally the specifics will depend on who they are as individuals, but in general what they need is for us to make ourselves involved in their lives through the stories we tell. Constantly produce content. Constantly talk to your viewers through social media. Answer questions directly and transparently, ask them questions about themselves and make sure to thank everyone for even the most modest show of support. Crowdfund smaller projects and get used to managing economic transactions between you and your supporters. All the world is a stage. If you waste it, they'll go watch someone else.

Our collaborators deserve no less from us. Volunteer on other people's productions and when they work for you make sure you find a way to pay them. Producing is work that nobody likes to do, so do it. Create jobs for the people around you and make sure the things you produce are excellent. Take responsibility for safety. Be there for show family personally and be there for the larger independent film community by sharing your experience through blogging and weekly office hours. Be on time to everything, deliver on all your promises and be sustainable in the expectations you set.

Most of all, be patient. Building oneself into a master craftsperson is a lifelong endeavor and building communities that are capable of supporting their own growth is a process that happens on its own agonizing timetable. Launch productions that can succeed with the resources you have and which can serve to expand the community, avoid productions that require some kind of lucky windfall to thrive. Do all of these things without compromise and success becomes merely a question of whether you're willing to keep up with the workload.

Aye, there's the rub! For just a moment, let's get real about this. Who would ever, in actuality, keep up a workload like the one I'm describing?

I do it every day.

So does every one of the people I work with.

I'll tell you something else, as well. Since we're already doing all this work, why not do it in such a way that makes our industry stronger and more sustainable? How much harder is it to build systems of film finance that are grounded in the literal centuries of growth supporting the entertainment industry, instead of just whatever financing fads people are obsessing about at the moment? Why not build productions that teach our agents and managers what actors are actually capable of, instead of letting them hamstring our work with hand-me-down practices they themselves don't even understand? Why not make movies that the luminaries who built and handed us this industry, whether we're talking about David Lynch, Stanley Kubrick, Billy Wilder, Charlie Chaplin or William Shakespeare... why not make movies that these forbearers who gave us so much can bask in the glow of, rather than accept for even one second the possibility that our best years are behind us?

How much extra work is that, really?

I honestly don't care how much work that is. Neither should you. This is exactly the expectation I hold myself to and I was taught from childhood to expect no less from every showperson. If all this seems too impossible to manage, then let me remind you why it is my friends at Stage 32 wanted me to write this article in the first place:

I have brain damage. I may never ride a bicycle again. I may never practice martial arts, or go on dates, or get a new job... but these commitments I'm outlining here, I can deliver on. I'm delivering on them right now! Why do you think I'm writing this article? It's for you! My community and my audience deserves no less of me than this.

What does this community deserve from you?

Tennyson is a produced screenwriter, an award-winning director with 20 years of experience on stage and screen and a seasoned film development and finance executive. Tennyson's efforts are focused on the establishment of 8 Sided Films as a repertory film company, both through excellence in feature film production and through the cultivation of a well-structured cultural community that successfully and productively brings together entertainers and audience members. Together, Tennyson believes these professional labors will secure a sustainable future for 8 Sided Films and for Hollywood just as they have provided for the last several centuries of growth in the entertainment business.
Currently, Tennyson's projects include the development of 8 Sided Films' first theatrical feature film, Quantum Theory: Two women of science build a prototype with the power to alter reality itself. When that device is stolen and deployed by a sinister defense contractor, the only way to save our world... is to reinvent it! Additionally, Tennyson is writing, directing and producing the satirical entertainment industry webseries 'Smoking Hollywood' and the Cold War science-fiction webseries 'DECLASSIFIED' for 8 Sided Films, is writing a play entitled 'The Dream Factory' for the Stuart Rogers Playhouse in North Hollywood, CA to open on Friday, October 7, and spends a great deal of time keeping his body healthy enough to undertake such an involved workload in the wake of his recent traumatic brain injury.
You can connect with Tennyson right here on Stage 32!
For more on the standards and practices that make this work possible, please visit Stead's blog, The Developmental Breakdown: http://www.8sidedforum.com/group/the-developmental-breakdown 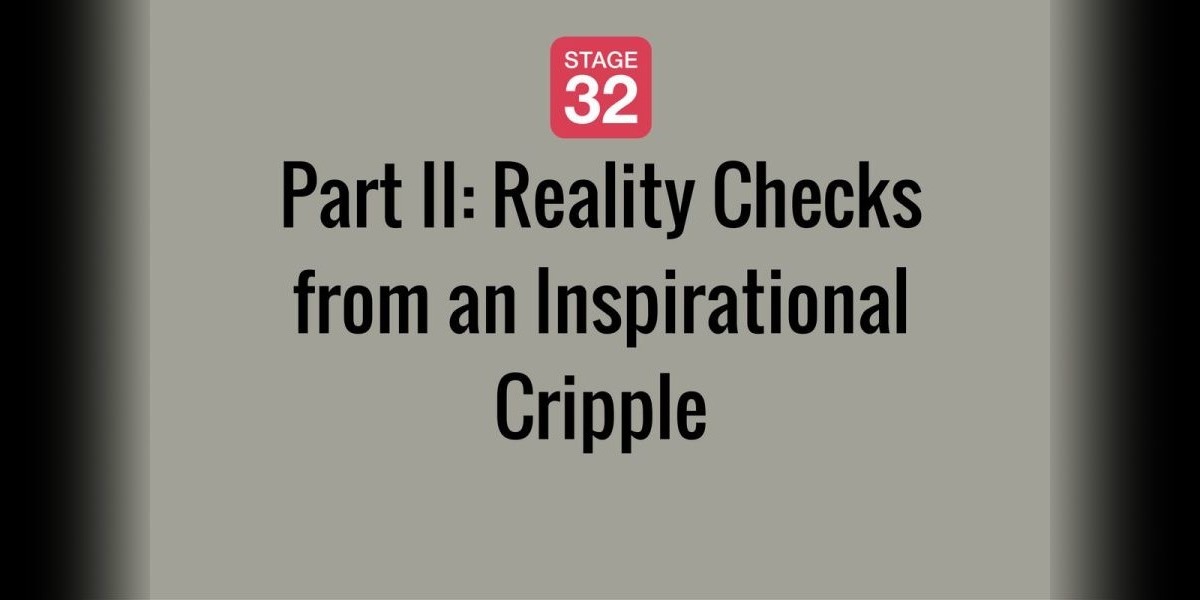 There are now 2566 blog posts for you to enjoy. Search them all by tags below.