How To Write Strong, Diverse Characters

How To Write Strong, Diverse Characters 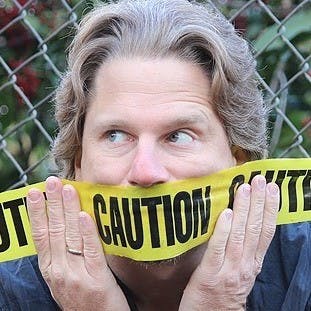 Until my brain injury in 2013, I lived my life as a cis-gendered white male. Apart from my experience with disability, which I admit was eye-opening, I’m about as diversity-challenged as a human being can get. I went to boarding school, for crying out loud. Nevertheless, my approach to writing characters has earned me a reputation as someone who provides fantastic performance opportunities to underrepresented people.

Mastering these techniques has taken me more than a decade of practice, but it’s the kind of practice that puts focus on the specificity and the structural integrity of my screenwriting in general. Teaching the core principles that make a screenwriter successful when it comes to representing diversity won’t take us very long at all. To a large degree, that’s because these ideas are not even a little bit complicated. Please, don’t be intimidated by them. 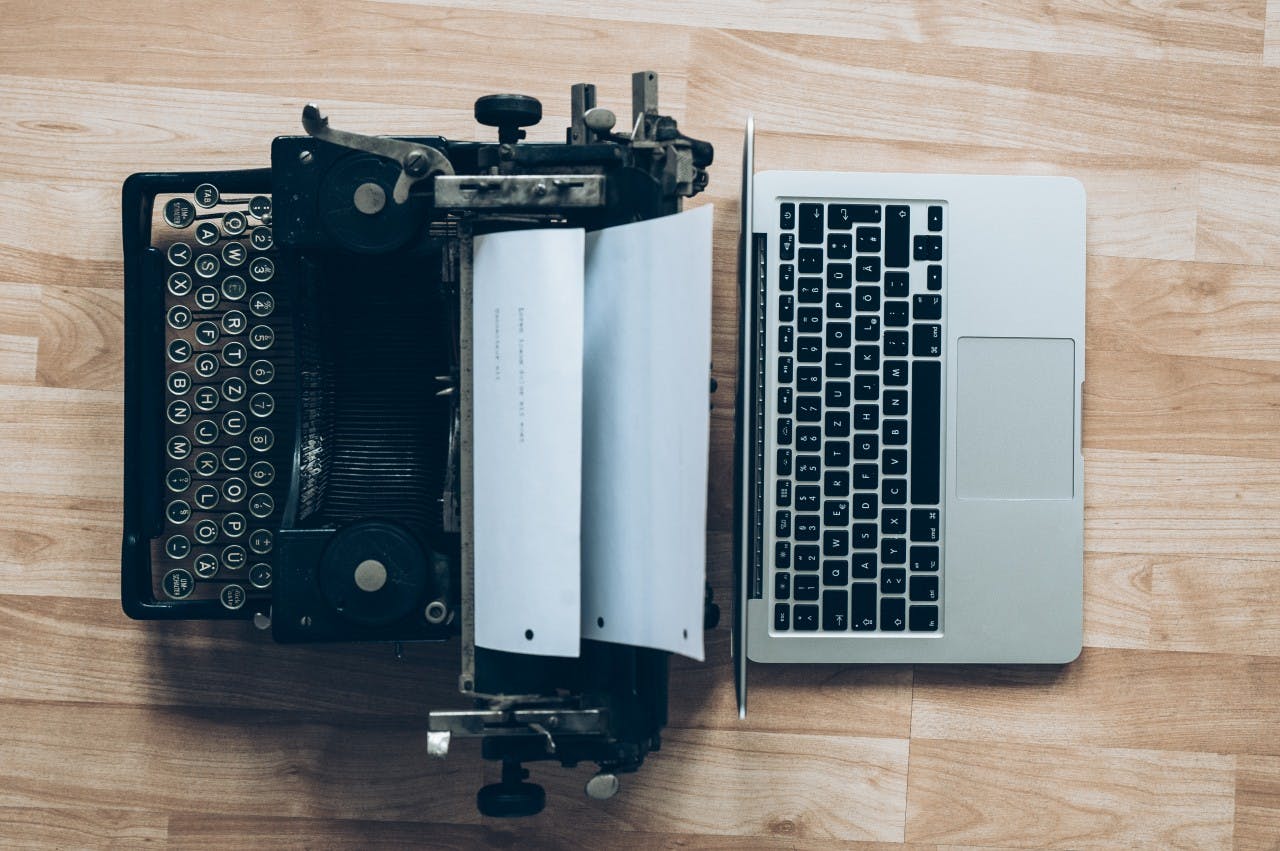 In film, characters are defined by the mission that drives them and the details of how they go about achieving their goal in the face of adversity. Because this article is not about the fundamentals of screenwriting, I’m going to refer anyone who needs that information to a blog post I’ve written called “WHY I PASSED ON THAT SCREENPLAY.” If you’re new to screenwriting, if you struggle with what “active writing” means in film, or if you’re challenged by the boundaries between screenwriting and other writing fields like journalism or literature, this article is going to help you out. In fact, I’d recommend this article to anyone who can’t give me a fast, working definition of the words “action” and “motivation” as they pertain to acting.

Why is this relevant? When writers start fussing over the pitfalls of speaking for another culture or demographic, all that structure and all that experience goes out the window. Instead, writers bog themselves down in questions about the meaning of this or that passive character trait. Meaning is a function of action. Giving your character a mission that’s urgent, deeply personal, and nigh impossible is your ladder out of the bottomless pit that is Hollywood’s track record when it comes to representing diversity.

How can the answer to writing strong characters possibly be this simple? When a character is written with a passive role in the structure, their story becomes about “what happened” and “how things are,” instead of being about “what that character is doing.” Telling underrepresented people “how things are,” even accidentally, is bound to get a production team into some very deep shit when it comes to social media and public relations. Passive writing always, inevitably leads to stereotype.

When your character is deliberately focused on chasing down a goal that’s too important for them to walk away from, all your character’s choices and circumstances get placed in that specific context. As audiences get swept into the mission, they start attaching to your characters as individuals. Using action as the building material of your dramatic structure keeps the audience from looking at your character as a symbol, statement, or comment about some larger group of people. 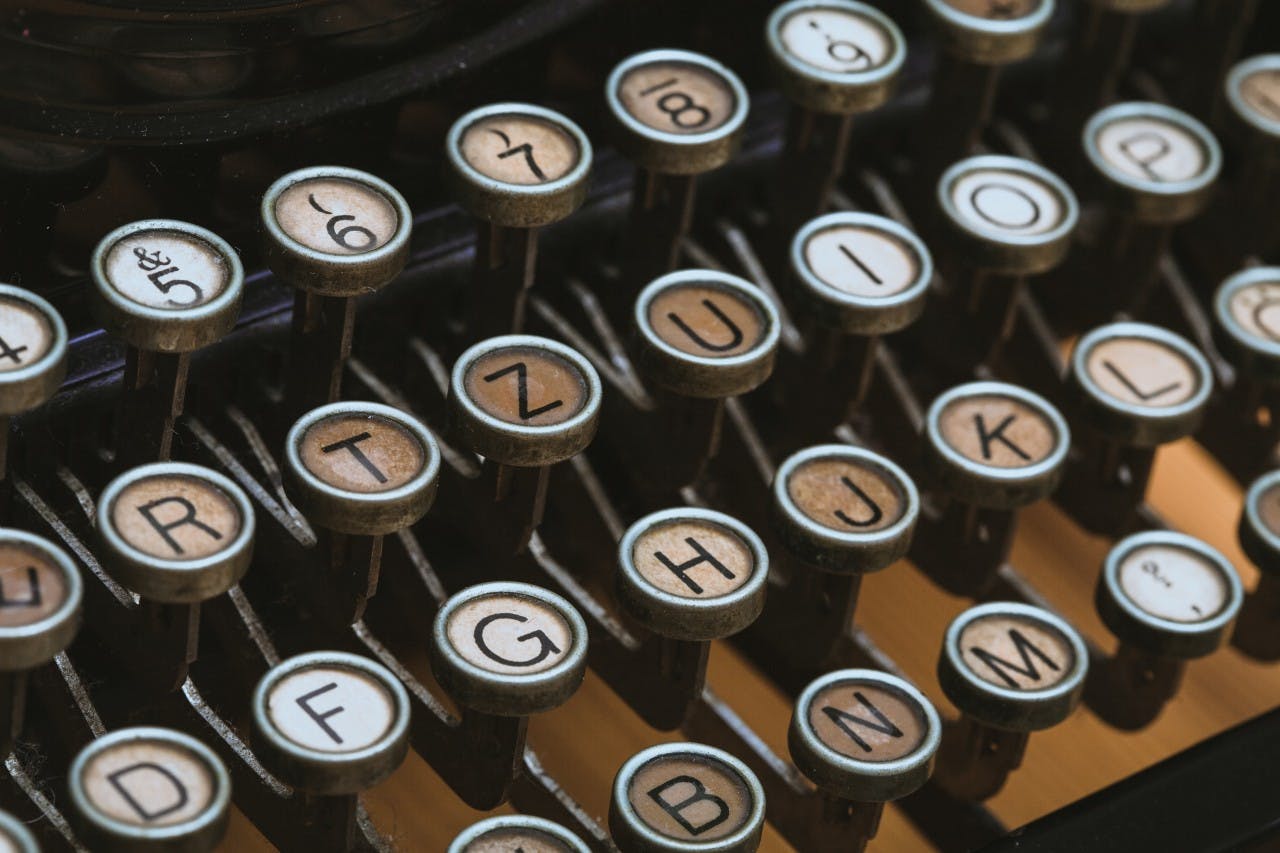 Once we get past a character’s essential action, the details and flavor of that character are defined by specifically how they pursue their mission. Plenty of well-structured characters are still written with motivations and individual decisions that wreak of stereotype, as any exploitation film can illustrate. Generally, audiences are much more forgiving of rampaging caricature when it’s true to structure… but it’s still cheating. More importantly, it still reinforces the idea that people are limited by their gender identity, the color of their skin, their religion, or whatever.

When it comes to choosing missions for characters with backgrounds substantially different than your own, please make every effort to avoid letting those differences color your “take” on what those people might be motivated to achieve. If you give a character a mission that feels out of reach or “unrealistic” in some way, that’s because you’re assuming people need privileges like yours to make that goal happen. Why do so many black kids in movies want to rule the ganglands? Because white writers and producers figure those kids know better than to try and run for President.

Do not make that mistake. What makes a character feel realistic is not their conformity to expectation, but the specificity with which they choose the actions that get them where they want to go. From the words a character uses to the details of their plan, even to the momentary impulses that get them out of trouble in a jam, their actions should reflect the specific tools, knowledge, and ethics that character brings to the story.

Even beyond personal prejudice, our society obstructs and injures people based on class, race, gender identity, sexual orientation, age, disability and so forth. At the same time, more or less everybody wants to be an astronaut. More or less everyone has the essential means to do so. Give your character the benefit of that doubt, and assume they are the person who will overcome the overwhelming and unfair obstacles society puts in front of them in achieving that goal. Just make yourself aware of the challenges presented by their lack of privilege, and let those obstacles escalate the conflict in matter-of-fact and everyday ways. 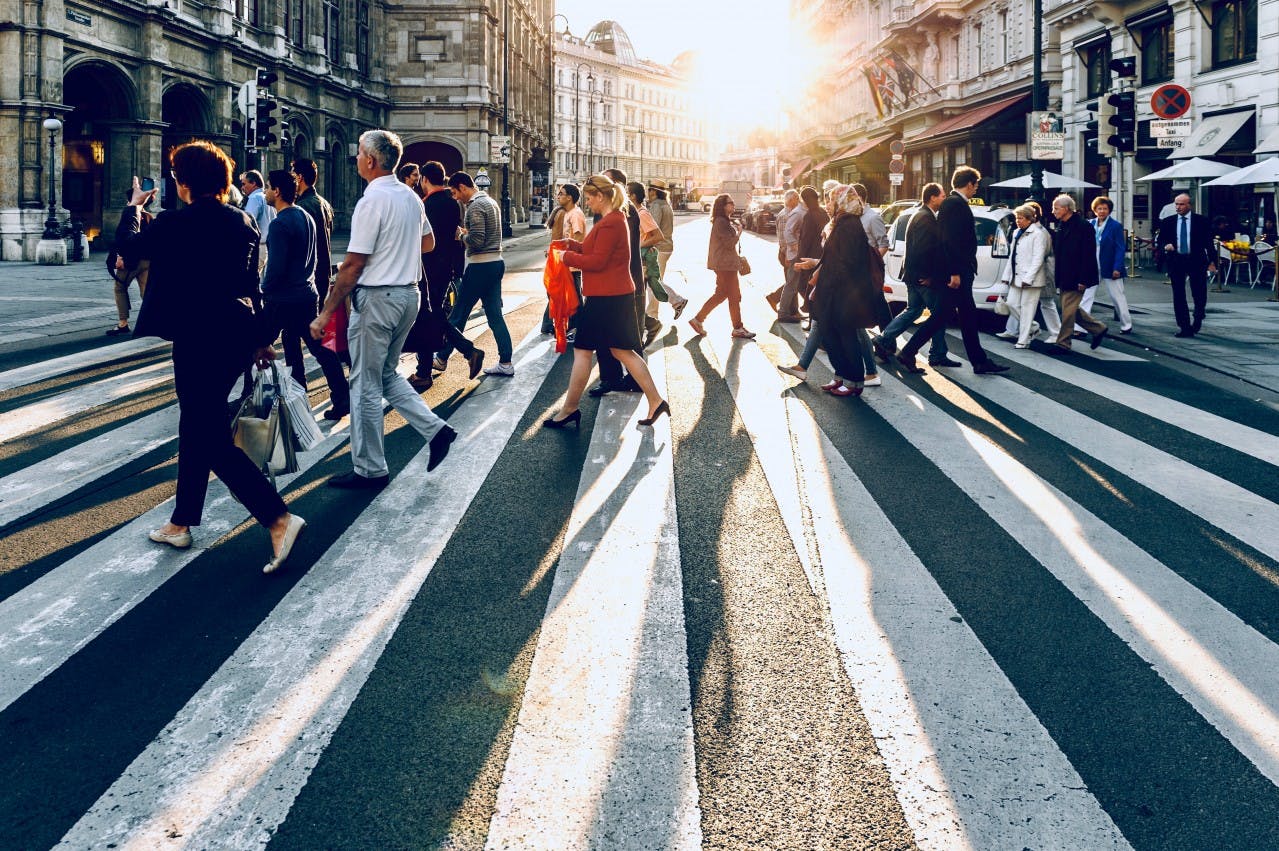 Now that your character has a goal that’s personal and strong, read up on the everyday problems (including the “isms”) that might be standing in their way. Go to the books and blogs of people who experience these problems first-hand, and digest as much information as you possibly can. Rather than run around asking underprivileged people for advice or tips, consume the content these people have already created on the subject. Don’t assume it’s their job to educate you, because the assumption that it’s someone else to write you up a “cheat sheet” is just another entitled “dick move.” Instead, just do your homework. Read some books, follow some blogs, and become the quiet and observant sponge that every writer knows they can be. Remember that at this stage in your film’s development, nobody needs this script to be great but you.

Digesting this information will feel jarring at times. In today’s world, everyone survives at the expense of others. Learning these things will show you some of the ways in which you have contributed to a system of oppression. Denial is the first stage of grief. When you start feeling attacked, I advise you in the strongest possible terms to keep your mouth shut and avoid offering counterarguments to the discussion. Simply follow people who have the firsthand experience to know what they’re talking about, and then trust the experts.

THE MISSION IS THE STORY

Soon, you’ll start building literacy when it comes to the economic, social, and other forces aligning against your character’s success. No doubt, you’ll start feeling eager to share your newfound understanding. Maybe you’ll even start to consider yourself an authority.

Trust me, you are not an authority. Please remember that you are not telling a story about oppression. In fact, I guarantee that the cultures and the people you are writing about have seen more than their fair share of stories about how sad and hopeless their situation is. Keep the mission of your protagonist in front of you, and write the story about how this individual character achieves their personal, urgent, nigh impossible goal. In doing so, feel free to include some details that make the challenges and obstacles they face feel a little more honest and a little more observant. Let the people standing in your character’s path be specific in how they pursue their own goals, and feel free to let them use any powers of oppression they may have in doing so.

While racism, sexism, ableism and so forth certainly do exist in the real world, remember that truth is stranger than fiction. In narrative performance, people always act in a way that furthers their goals. Maybe one character refuses to tell a white person they’re wrong, because they know the damage it will do to that person’s ego would make an inconvenient enemy out of an otherwise irrelevant character. Maybe another character will exploit the vulnerabilities of a person of color, or a woman, or a disabled person, or whoever, and never think twice about it because “how things have always been” is helping them get where they want to be.

Don’t try to use your new information to make a statement. Leave the speechmaking to the experts. Instead, strive for a more honest and specific sense of the ways in which people will habitually and systemically undermine one another’s success. Write a story about a character who overcomes those challenges to achieve a goal that everyone can relate to, and you’ve got yourself a strong character. 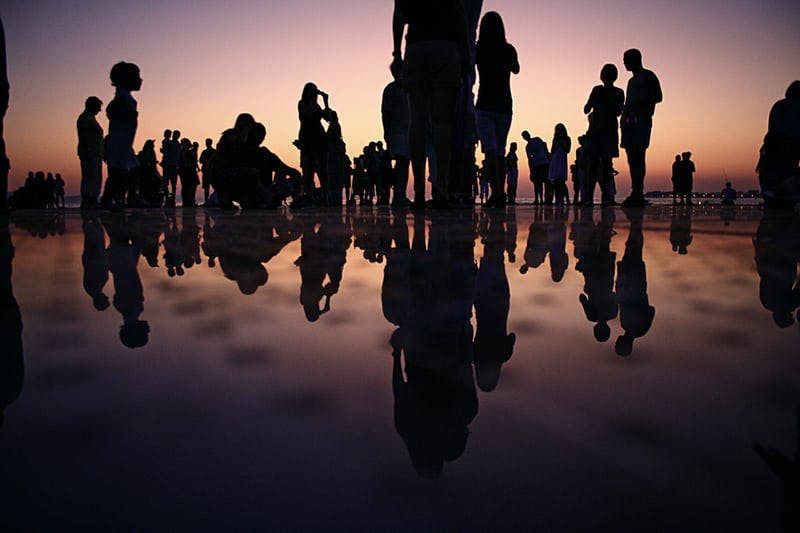 GO FOR THE EXTRA CREDIT

One last harmful and chronic assumption privileged writers make when writing strong, diverse characters is that overcoming a lack of privilege requires sacrifice or even self-destruction. How many women action heroes have we seen who literally gave themselves PTSD in order to succeed in “a man’s world?” Male superheroes grow into better, more effective, more well-adjusted people in order to complete their missions. Women are often forced to destroy themselves for the greater good.

Consider Tony Stark. In the beginning of Iron Man, he was a degenerate mess. By the end of Avengers: Endgame, he was literally a messiah. Meanwhile, Ellen Ripley, Buffy the Vampire Slayer, and countless other “strong female characters” are forced to give up the possibility of ever becoming a healthy human being in order to win their respective wars.

If you want to inspire people, write characters that challenge themselves to grow in order to succeed. Commit to the promise that overcoming obstacles gives us strength. Instead of treating diverse characters like puzzle pieces that are trying to squeeze themselves into places where they don’t belong, let those characters find the tools with which to fit themselves. By doing so, you’re showing people that it’s possible. Even if you manage to screw up some of the details, you’ll be offering people a story that’s fundamentally about hope.

Everyone needs hope. Everyone deserves hope. Not everyone gets offered hope by the culture we have today. Building a better culture is a responsibility that belongs to each and every one of us, as we pursue our own respective goals of becoming tomorrow’s industry leadership. 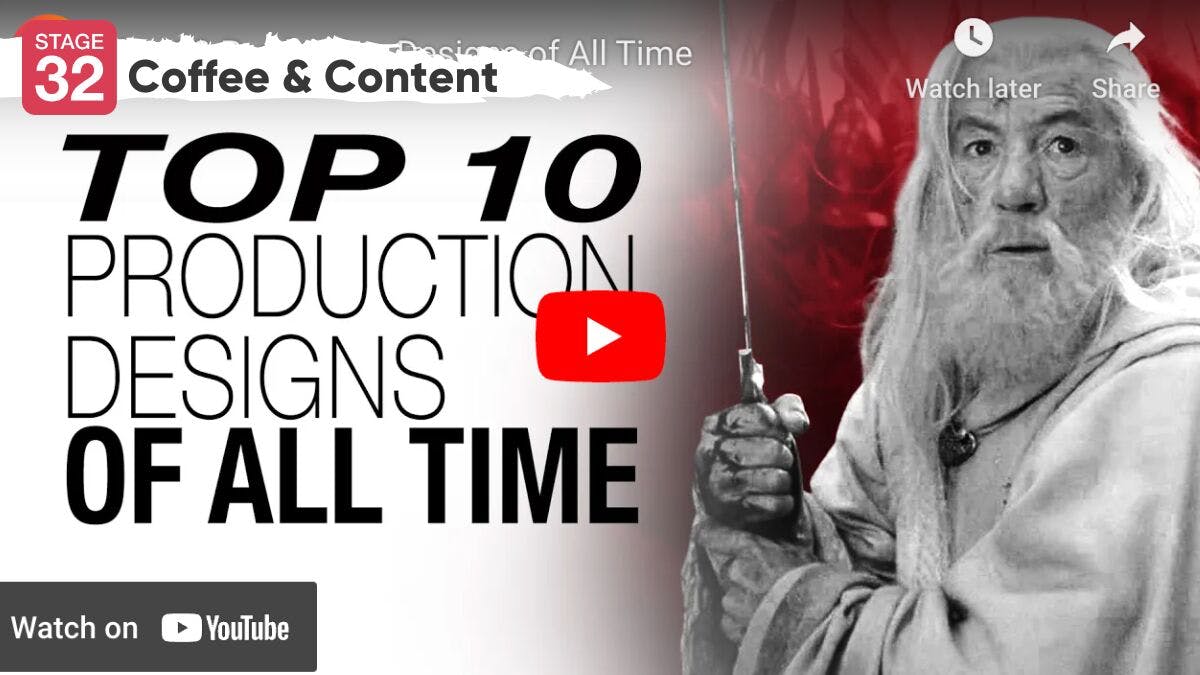 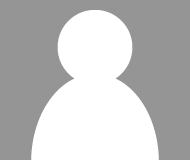