Over the course of nearly 7 years running Stage 32, I have received (literally) hundreds of DM's from creatives complaining about ageism, sexism and just about every other -ism.  The deck is stacked.  The game is rigged.  All that jazz.

Anyone who has been around these parts for a while or knows me personally probably have a solid idea as to how I respond:

For some, this serves as a wake up call.  A kick in the ass, so to speak.  And it's always a pleasure to see those creatives grab the reins of their creative pursuits and take hold of the ride.

For others, my responses only serve to rankle.  I've been called a bullshit artist to a fairy dust salesman.  (That's their self doubt raging, of course, so...no offense.)  I've often been asked to "prove it" by example.

I was thinking of some creatives in that latter group this weekend (all of whom have given up the chase) while reading a fantastic profile of writer/director, Taylor Sheridan.  Taylor's writing credits include Sicario, the upcoming sequel, Sicario: Day of the Soldado and the multi-Oscar nominated Hell or High Water.  He also wrote and directed last year's Wind River and the upcoming limited series, Yellowstone, starring Kevin Costner.

Taylor started his career as an actor.  In fact, he had a significant role on Sons of Anarchy.  A job he quit because he believed his was underpaid.  And, he wanted to write.

And he was Oscar nominated at 46.

Now he's one of the most sought after and respected scribes in Hollywood. 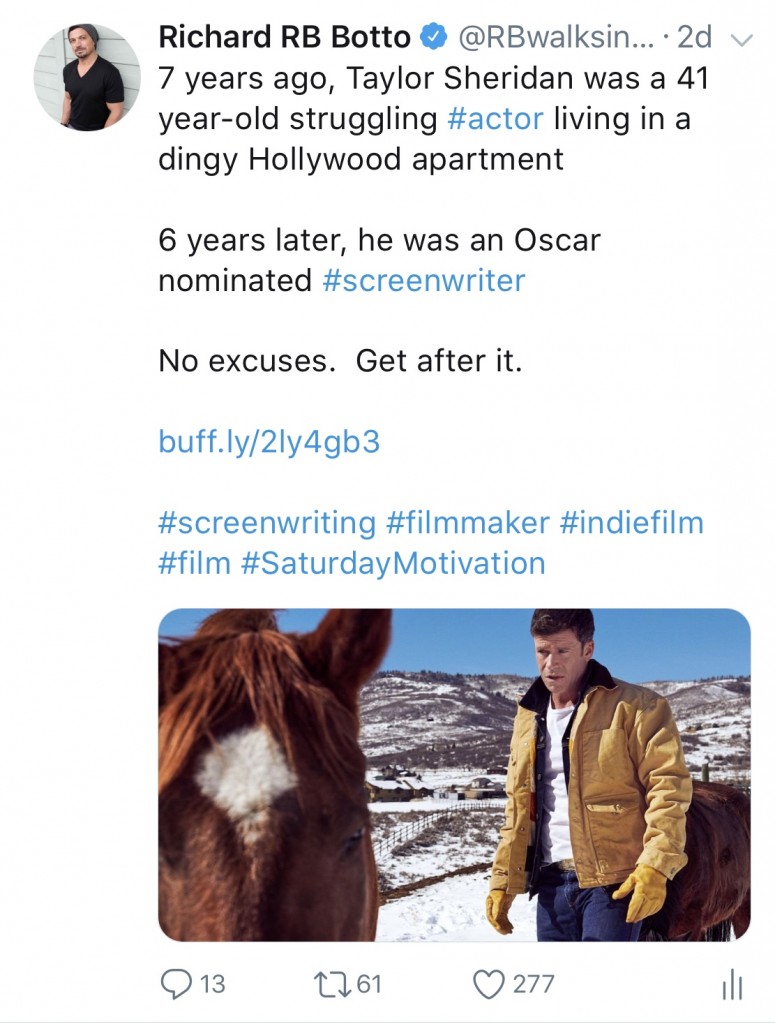 My intention was to post the article in the Screenwriting Lounge this morning as a kickstart to the week for our many talented and driven writers.  But then I remembered all those DM's.  And the pessimists asking me to prove it.  My hope is that a few of them are still hanging around in the shadows, uncertain if they've made the right decision to throw in the towel.  Perhaps this will inspire them to get back behind the wheel.

For the rest of you, no matter what craft you toil in or plan to pursue, no matter what obstacles you are facing at the moment, no matter how much rejection you have dealt with, I have no doubt this piece will have you charging from the gate and on the attack. 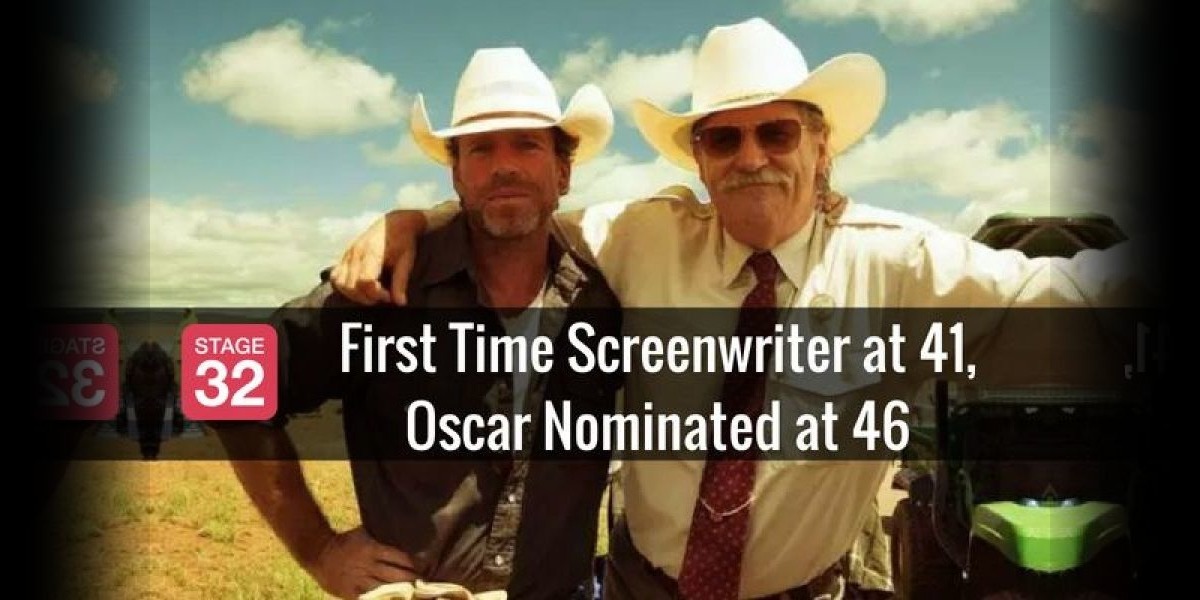