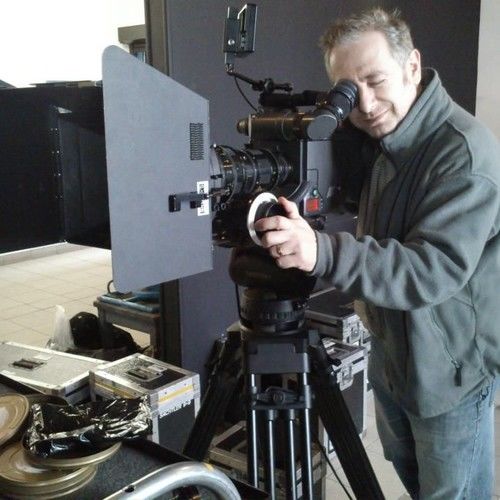 I'm a keen avant-garde filmmaker of slow cinema, making "Experimental Contemplative Short Films" using minimalist or no camera movements and long takes to capture the zen of life and unexpected occasions of grace.

If you are thinking of shooting in Cambodia maybe in Laos, Thailand, Vietnam or Myanmar or maybe in Central Europe especially in Hungary, please do not hesitate to contact me.

Note: ....for a decade I work with several talented pro film crew members incl. local and foreign professionals whom are the key players of the Cambodian film industry and have experience working on both low and high budget international feature films, TV dramas, TVC music videos. Even if I'm not in South East Asia" I'm smoothly managing my team and support your needs from pre-production till the wrap.

As a line producer he was hired by the Vertigo Pictures (Singapore) producer to work with award winning directors on "The Bicycle Diaries" travel documentary series Episode 6. This time Singapore's one of the most famous TV host was riding a bicycle on various locations from the sea, across the capital to the mountain hill tribes and introduced Cambodia to the Channel News Asia's audience.

Janos was the fixer for Channel News Asia International desk (Singapore) during the broadcast on Garment industry crisis in Cambodia and was chosen as line producer for the popular Belgian Reality TV Show series "Jobs without frontiers" Cambodian episode. In this episode four Belgian tattoo artists flew to Cambodia to discover and mastering the secret of ancient Yantra Tattoo Art from local masters.

In 2012 Nikon Pro Magazine published an interview with Janos and dedicated him “The guy behind the scenes who make it all possible" and called him one of the top fixer of the industry.

He's article about Cambodia's film industry has been published on The Location Guide in 2016.

Janos spent a year working on a Holocaust documentary about the real story of the last survivals of Haganah Ship Exodus 1947. Unfortunately during the long pre-production research tragically 3 of the survivals passed away and the production was canceled.

As the only photo- and videojournalist, Janos joined the crowds of Syrian, Iranian, Afghan, Bangladeshi migrants and refugees and traveled together by night bus from Budapest Keleti Transit Zone till the Austrian border then continued photographing and filming their odyssey until Nickelsdorf, Austria. The film contains footage and short interviews with refugee families, governor of Burgerland, Austria and about the previous events inside Keleti Transit Zone and the train station.

Janos directed "Fear" a Holocaust trilogy filmed entirely in Auschwitz I. and Auschwitz-Birkenau in Poland. The film paying tributes to the Victims of Nazism using unusual film language.

Janos first feature length contemplative experimental film is "Desolation" currently in production. The first part was shot in Hungary and wrapped while the second part just started the pre-production in June 2017 in Cambodia.

He's the author of a novel "Dick Monday's Tokyo Adventures", and writing synopsis for shorts films.

Janos is member of the Overseas Press Club of Cambodia.