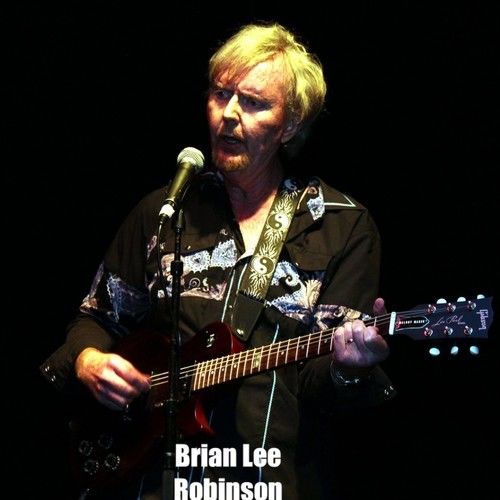 BRIAN LEE ROBINSON BIO
“My life has been a battle between my creative and my self- destructive tendencies. Sometimes the self-destructive side actually feeds the creative side. As a songwriter, I try to put all those experiences into each one of my songs.” - Brian Lee Robinson
The best songwriters tap into life’s ups and downs and then deliver those powerful emotions through lyrics and melody. Perhaps no one knows this fact better than a singer/songwriter from Texas named Brian Lee Robinson. Over the years, armed with only a pen and six-string, he has turned his own demons into his life’s work, using them for fodder for his songs.
Brian Lee says his dad was a Songwriter, also. Probably much better than me. He was ahead of his time. He had a hit on Hank Thompson back in the 50’s. It was very cool when Hank Thompson cut one of mine 40 years later. My dad was a bad alcoholic, he accomplished at lot from a little house in Donie, Texas. Still, he was too sick to go to Nashville by himself. Otherwise, I might be a spoiled rich kid now. “My dad’s demons took him at an early age, but not before his love of country music wore off on me.”
Brian was 15 when he started having lyric ideas, lines, and Song Hooks come into his head. By 17, he had notebooks full of “This Junk. I decided I needed to learn to play the guitar, so I could put some melodies to them. By the time he was in his late teens, he was not only playing guitar and composing songs, but playing Bass in a Houston-based band.
At the age of twenty-two, after graduating Texas A&M, Brian packed up a trailer and headed off to Music City, U.S.A. He found himself working odd jobs on Music Row in Nashville, “I was living that starving artist life - I was crazy, constantly battling my self-destructive habits.” Brian’s big break came when he met Songwriter and guitarist, Jerry Barlow - who helped him get a job as a tape copier at Merit Music in Nashville. This led to opportunities to write with the staff writers there.
During the 1980s, Brian met many other songwriters including Roger Alan Wade, Keith Palmer, Eddie Burton, Buck Moore and Mentor Williams. He also landed many cuts from the likes of “Whispering Bill” Anderson, Roger Alan Wade, Tom Grant, Jack Greene and, as he said, Hank Thompson. However, Brian’s most celebrated chart success came in 1985 when a song of his and Barlow ‘s entitled “You Lifted Me High Enough” - performed by The Mercey Brothers – peaked at number ten on the Canadian Country Charts.
In the 1990s, Robinson formed his own publishing company with Roger Alan Wade. They came very close to “having it all”, when Wade landed a deal with Curb Records and cut an album with producer Chuck Howard. The album had five songs that they owned publishing on. “We put a lot of hopes and dreams into that, and it would have been a great album, but unfortunately it was never released,” offers Brian. “Roger is an amazing Singer/Songwriter most people never got a chance to hear. “Very sad loss for Country Music and Roger, he worked hard and deserved his shot.”
The stress of, yet another, near-success and Brian Lee’s constant battle with addictions caused him to move back home to Texas in 1999 to regain control of his life. He gives some personal insight, “I was battling my own problems and I needed to step away from the music business for a while - but I never quit writing.” Away from Music City, Brian completely rebuilt his life, tamed his demons … and kept true to his songwriting. He kept in constant contact with his Nashville contacts and sending them his new demos. By 2013, he knew it was time to re-enter the music business and began working on his début album as a singer/songwriter.
In 2014, he released Written With Blood, a raw and real collection of 12 all original songs, stylistically reminiscent of the Honky-Tonk songs of the 60's and 70's. Critic's remarked, that it's key track, "That Old Cat", stood out as a 'Johnny Cash meets Townes Van Zant' classic collision of classic country. Written With Blood however, stands as more a reflection and compilation of the development of Brian Lee Robinson over the last 30 years as a songwriter and showcases his ability to tap in to the extremes of human emotion.
His last EP, 2016’s The Texas Side of Nashville, was cut in the studio and more polished, but the songwriting and down-home honesty is unmistakable. Brian Lee Robinson’s, The Texas Side of Nashville. “As honest as music gets” Scope Magazine. “Brian Lee Robinson Songwriter, Storyteller, Singer of Dreams” Andreea Smedeu, PhD I had many good reviews like those, but after several bad reviews recently, that said his songs had been slowed down to make his voice sound deeper. He discovered that The Texas Side of Nashville’s, original Mastering had slowed his songs down by 10-15 seconds each. “I knew something wasn’t quite right, but I was working against the clock when I got the first Master.” He went through his computer files and found his Final Mixes before they were sent for Mastering. “Sure enough they were slowed down a lot. I don’t know how I didn’t realize it right away. The new record will be a re-release of the EP, titled The Texas Side of Nashville-Original Mix. It’s more academic, than anything.”
His well-crafted lyrics come from his own experience of love and loss, pride, humility and also the close observation of those around him. His music visits the very extreme's real life - from sadness to satire, even good old Honky-Tonk humor. “The hard truths of a tough life come ringing through with heartfelt, meaningful lyrics and performances. Keep writing great songs, my friend.” Composer, Jordan Spivak. 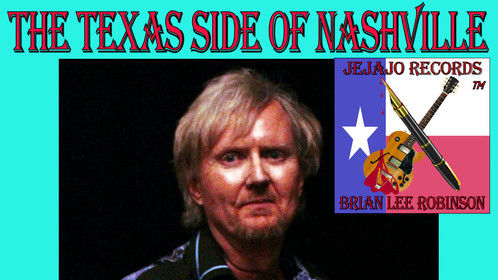 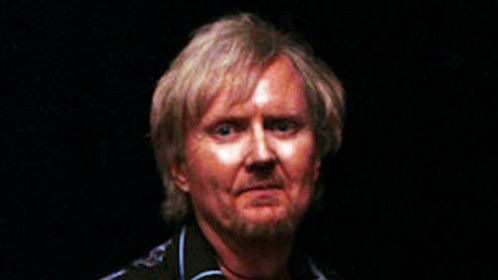 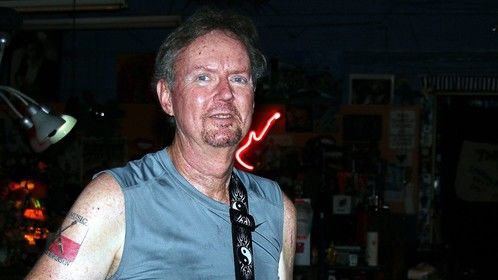