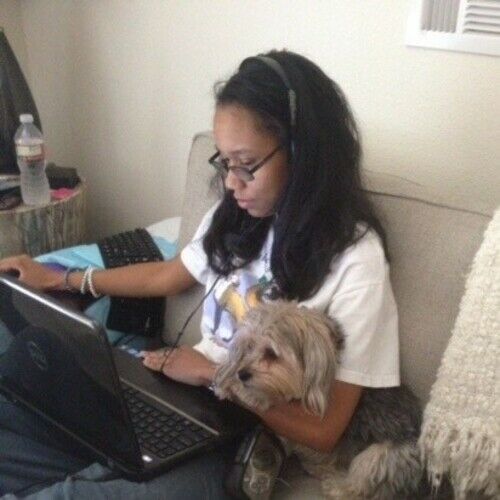 I plan to enroll in a few screenwriting classes at UCLA and work on my scripts.

I have entered the pitch/treatment category of the Beverly Hills Screenplay contest. I came in 1st place in 2012 and 3rd in 2013.

Met with different people in television, film and comics including Erika Alexander, Bruce Timm, Earl Kress and others.

Out of curiosity, I did some research into my family's ancestry and discovered my 4th cousin is the legendary artist, Prince.

Besides screenwriting, I also do other forms of writing including: Non-fiction, Personal essays, Memoir/Biography, Short stories, Genre Fiction, Movie Reviews as well as learning to write Comicbooks and Graphic novels. My goal is to have my scripts produced and self publish my books.

I currently live in Nevada with my family and two dogs.

Unique traits: I'm Left handed. Being Autistic, I can remember various events, facts and other trivia and having heightened senses I tend to notice certain things that others don't. I also developed an extended vocabulary from a young age.