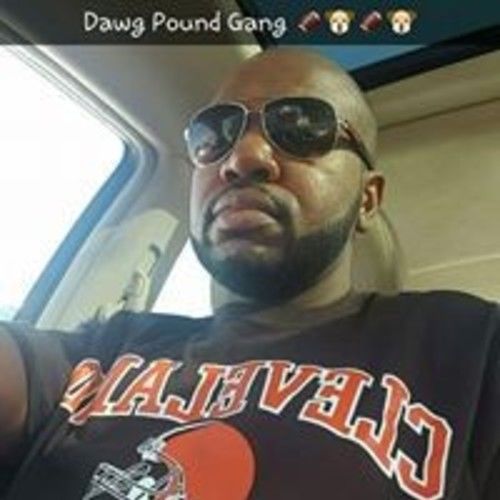 From the beginning, it would seem that KJ's life was ill fated with growing up in a single parent home and being surrounded by an environment saturated with crime and drugs. Out of necessity, his mother worked full time and therefore was powerless to be more of a presence at home. This forced KJ to grow up fast and gain on-the-job experience, if you will, by the time he was 14 years old.

After witnessing so much tragedy during his adolescent age, KJ felt he would succumb to a similar fate. Following a chain of personal loses in his life, KJ knew he had to fight for a better life or find an opportunity that would help him. With no help or support, KJ fell into the wrong crowd and was sent to a bootcamp. During that time KJ knew this was his opportunity for a better life. While the other were not taking full advantage of this time, KJ was reading law and business books. Through his quest for knowledge he then figured out education would help him. This prompted him to take his GED. With no prep testing or studying, he passed with the highest scores in the camp.

KJ has continued his quest for knowledge by attending various colleges and universities in pursuit of educational experience. While in attendance at these higher institutions, he has worked as a personal assistant for the Director of Cultural Center at California State University of San Bernardino. KJ has also worked as a Personal Growth and Development Consultant with numerous campus organizations at California State University of San Bernardino.

After leaving California State University of San Bernardino, KJ started Elite Shopping of Tampa Bay with his business partner where they worked as etiquette coaches and personal stylists. He worked and spoke with many Tampa Bay companies and organizations such as All Sports Community Services, University of South Florida Upward Bound, Tampa Bay Workforce Alliance, Public Relationships Consultant for Beyond Your Dreams Management and Michael Claytons Hope Center. It is through these opportunities that KJ learned that he could proliferate his affect on people in achieving their professional aspirations on many different levels, resulting in his endeavors in management.

KJ delved into the world of sports, entertainment and modeling with his company C & C management that he founded with his college friend. He is always up for challenge and looking to beat the odds, so KJ teamed up with The Bonnie Black Talent Agency. After working with BBT Agency for four years and making a impact in the agency world. KJ was offered to join 90210 Talent Agency, one of the Top 10 start up agencies in the US. There he worked as a TV, film and commercial agent. From that venture he then went into the field of production and has his own production company, Done By Wednesday. After seeing the industry from all sides, KJ decided to follow his heart and go where he could help people the most. So KJ set out to mentor high school and college students that needed help or guidance in life or the entertainment world.

KJ feels with his life and business experiences, he can inspire the young and old into truly following their heart and living their dreams to the fullest.