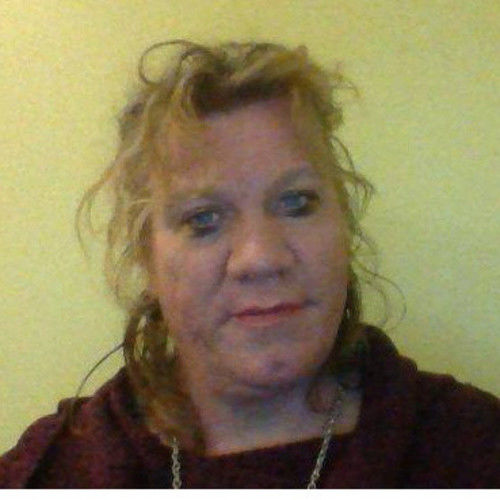 Gonna be OK I just have to fill it out hey ,"On the Bio!"

I'm a film maker of the oldest sort in an amateurish to professional fashion I Love Making Movies.. I will do anything to get it done. I wear all the hats sorta right now .
Eventually the Films I want to make will have to include some other people other than my make shift talents and artistic flair. As of right now I'm working out a anti gravity plank for a costume that deals with green screen. Building the counterweights from spring and bungee chords to be deployed as the actor move outwards from the center fulcrum point.

I'm working on a costume and stop motion model Made for a creature im featuring in a film I'm creating. It involves a Gang plank with a lazy Susan on the end raised a bit and a weight differential sliding plank To save money on production costs with CGI..
I'm making this model and filming it on green screen back drop. Adding the film after effects and touch ups and mapping into the scene later.
Programming the graphics little on computer for this model.

The creature I'm Building is going to be running into another one like it for a fight scene. It has to be able to jump at a great height. So, the plank makes it very simple for kicks and leaps into the air. The stability is accomplished with the center point as is the reason I am not using a anti gravity like harness. Way to flimsy and It shows in the shot. My brain can tell. I might change the fulcrum point to be up high and have the suspension be under the plank. depends on the shot. Im designing this myself I don't want this looking like Hidden draggin crouchin tugger. ya kno?

This harness gismo Is still in design phase and im working out the differences on a smaller model first.
Ive thought of puppets at the end of a plank or pole with brake cables and controls on the other end.

Using a system that might have been just as easily hand puppeted like the movie Species. I don't have the micro processor set up I am working on a tiny budget and am Going to woo some sponsors for the film to increase my crew.

Using Capoeira as my fighting style to model the moves after.. I'm also working on the screen play for the film. Eventually The film will be complete. I'm familiar with sound effects comedy singing and song writing. I'm a natural choreographer and set designer.

I'm a savant In the fashion I'm dealing with brain damage and making up for losses. An Illusionist and murals are part of the optics.I supposed all the controls are the same?

My brain order disorder is set to rehearse plans until they are perfect. Doesn't do well with lies so i get a stinging sensation from things that don't work out. so i can optimize plans ahead of time.. Its part of why I'm In the state im in because of the massive amounts of data my truth center isn't ready for and views it as another lie. Can only accept Lies that are labeled as lies. so fiction writing became a therapy for me.. to be able to lie without pain.. This does well for acting as well. I'm built for movies.

My community needs more people wiling to help out and make careers flourish.. I'm one of those people. I'm strapped for the financial Backing right now so doing it on the side and whenever possible right now is the momentum. My voice over experience is from self recordings of myself doing different characters for audio tape. and for a comedy act Ive been rehearsing.
Im an inventor and find my brain handy for this.. as soon as the funds are available I'm inventing a new cinematic experience for people to be different people in the movie. Imagine being BO BO fett and following his whole life in a movie.. that just happens to dove tail with his experience with Darth Vader. a whole movie you can chose at your seat which frame rate you want to watch,. go back the next day or another time and be the other person.. in the movie. be her assistant.. be his guide. be him be her. etc etc Digital formatting and the state of the art CGI support this. with a 3d model built for every character. able to run and move around like the real ones. a whole life story I cant wait. I love helping people.
Part of why I'm in this predicament..
I used to be all creative and I have to teach myself to be tough and budget.

Right now Im working out my finances and getting back in Gear.. My brain disorder made me do things and act in a way that facilitated my homelessness.. living out of my van for the better part of a year.. now I'm going through a engine repair doing almost a compete overhaul.

Designing a 3d printer In my brain built for biology

Anyway that's all my brain has time for tonight

Unique traits: ​OK here It is.. I see ALL this Talent at Stage 32. Some folks here still struggling I see some with awards from things they have created. I thought of a business to put together movies and a TV pilot for each of these people. We get together and form an Artists corporation that promotes everyone in their own film. Or conglomeration of Actors , Actresses, Producers, Screen Writers, Camera operators, Special Effects persons to go in on a project together.. You know, Join forces!.. SO,.. While were all sitting around waiting for that call.. We can be making magic.. and the Silver Screens of the world may never hear our Cry. Well, Now they Can.. and in the process form a business to promote. I have a plan to work with you people in one form or another. I Already Have a few Movies I want to make. I have to dig for financing. YOU People know all those angles. Ive been blessed and cursed with a brain trauma that's left me ultra creative Its made me into a Savant. I have limitations to my expertise and ability to do things. Ill get over them I'm sure.. Eventually. It would be a shame to let this sudden blessing of talent to go unheard. So I offer a coop with as many other Ambitious people in this medium as I can. ONE of my abilities? to feel peoples reactions Mentally and go over a scene a movie in my head just like I'm experiencing it for the first time.. each time.. until its perfect. Why Am I not just doing things like crazy right now and wowing the world with this?.. Because, when im not doing movies.. I'm doing what other people feel ,Involuntarily. My brain is overwhelmed with trying to maintain an Art career among so many minds. Trying to survive finding common denominator with a whole lot of peoples habits. The reason I'm in this predicament to begin with I'm an inventor, Invented a free Energy Machine THAT,..Got a lot of people after me and compiled with my transition well Ive been Bullied with the best around. So I'm inventing my way out of this.. Try doing that with the local waitresses ambitions MY ambitions. their smoking Habbit My non smoking life. their drug addiction My brain on dopamine floods. Plus the local thugs ambitions fighting each other. GO FOR IT right?. "Yeah well.. someday.." Meanwhile Back at the ranch! We can set up Pilot programs around the world here and there to authorize agents to show where they can apply their talents . I hate that word.. "Free." But while were taking chances with out being paid while writing this scripts.. we can be playing them out.. instead of letting them build dust. I would Love to pay you. show me where to get the money and Ill Insure your talent gets paid all its worth! My brain gets all stingy and confused when I want to do the research for funding . "That's because the people inside me aren't interested in making movies."They have their own lives.." Ill get it right eventually. Tonight I had to Battle with someones Interpretations of what I'm reading just because, "They don't speak English." I'm a go getter..They aren't always. Sometimes its the guy who cant concentrate down at the Kitchen. Sometimes its a Celebrity. As a matter Of fact I get stuck in roles every day. A celebrity Known as George Takei was with me this morning mentally and everything I knew about him invades your brain and your body and brain just submits to his control at least the memory of what he would be like based on other peoples memories.You Literally Become Them for a time,then your body is theirs. It is a lot like quantum leap. Your Face feels like theirs you sound like them inside your skull you act like them and subjects are strictly made to make your brain obey the parameters that rule their identities .Some people are on a separate waveband and sometimes they get confused. Again, non English speakers.. something to do with phrases that cal upon them to comment.​ Ive seen that crowd funding and wondering how effective that is. I already have 4 movies I can just dedicate to this effort in the way to create a show piece to woo the attention of some of the bigger directors. You people know where we can get funding.. lets just get together and help each other out in the mean time we can garner attention above the rest who wont. LETS DO THIS!