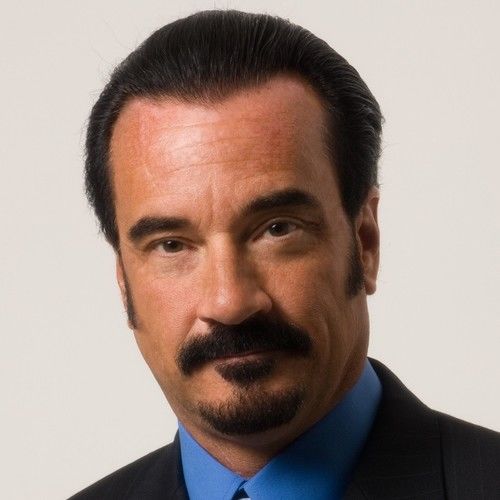 A Randell Young production combines the best modern recording technology with the best old school recording techniques and world-class players to create the ultimate illusion of a flawless live ensemble performance. He can score your film and/or produce your record in Los Angeles (fully mixed and mastered) for approximately $1,000 per cue and/or $3,500 to $5,500 per song including everything (studio time, engineer, musicians, vocalists and his services).

Randell Young was recruited and hired by Artie Mogul, the now deceased former Chairman and CEO of United Artists, to produce 20/20: Bob Dylan Revised. In the history of the music business, Artie remains second only to Arista CEO Clive Davis in terms of the number of new artists discovered and successfully launched. The original concept (derailed by Artie's untimely passing) called for 20 tracks to be produced in a modern Blues-based Country style with an all-star cast of singers composed of artists discovered by Artie. The project was completed with "unsigned" singers and the following tracks are now available for license:

Watchin' the River Flow
Most Likely, You Do Your Way and I'll Go Mine
Knockin' on Heaven's Door
Tangled Up In Blue
Gotta Serve Somebody
Stuck Inside of Mobile With These Memphis Blues Again
Don't Think Twice, It's Alright
Highway 61 Revisited
Like a Rolling Stone
All Along The Watch Tower
Mozambique
Hey, Mister Tambourine Man
Lay, Lady, Lay
I'll Be Your Baby Tonight
My Back Pages
If Not For You
Just Like a Woman
Tonight, I'll Be Staying Here With You
I Shall Be Released
Blowin' in the Wind

Licensing these tracks is a great way to put Bob Dylan's music in your film at a fraction of the cost of using the original recordings. For a free CD containing all 20 tunes, just send an email to Randell@.

You can hear Randell Young's original music at Libertalia.Band or .

Libertalia writes, records and performs modern American dance music with elements of Jazz, Rock, Reggae and World Beat thematically aligned with the values of freedom and free enterprise, tolerance and respect for the rights of others and the dream of the creation of a new and truly free libertarian microstate… La République de Libertalia.

Deo Juvante is the motto of these cultural ambassadors for La République de Libertalia, Liberland, The Seasteading Institute, Free Society, The Atlas Society and all who share the vision of a peaceful and prosperous planet.

Libertalia is nearing completion of a trilogy of concept albums: Deo Juvante, A Rising Tide and Soiree at the Cafe Liberte. Music videos will be made for all of the Libertalia's sound recordings such videos to comprise a homage to the cinematic arts as discovered, developed and displayed by Alfred Hitchcock, Francois Trufault, Stanley Kubrick, Michael Curtiz and John Frankenheimer.

If you like any of the Libertalia catalogue and want to use it, you may license it for FREE if your total project budget is under $1 million.

“In this crazy, mixed-up world where the alleged Land of the Free has the highest incarceration rate of any country, the inhabitants of Prison Planet cry out for some small corner of the earth where health, wealth and happiness might be pursued unburdened by the Dictates of Oligarchs or the Tyranny of the Masses.

“That land, that dream, that nation, we call… Libertalia!”