Reanne is an actress, currently working on the feature film Schemers, based on real life events in Dundee in 1979/80.
This last year, Reanne has appeared in Shetland (BBC), Father Brown (BBC), Emmerdale (ITV) Eve (CBBC) and Take Your Partners by Siri Rodnes which was nominated for a Scottish BAFTA and screened at Berlinale and the BFI.
Further credits include a guest lead role in Holby City (BBC), series regular in River City (BBC Scotland), Fourever which screened as part of Raindance & Cannes Film Festivals and Serve Cold as part of the Edinburgh Festival.
As a voice over artist, Reanne has voiced many adverts on TV, Radio & online as well as having read a variety of audiobooks.
She has also been fortunate enough to sing with the composer Pete Dello on some of his original songs. 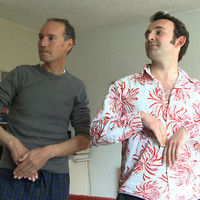