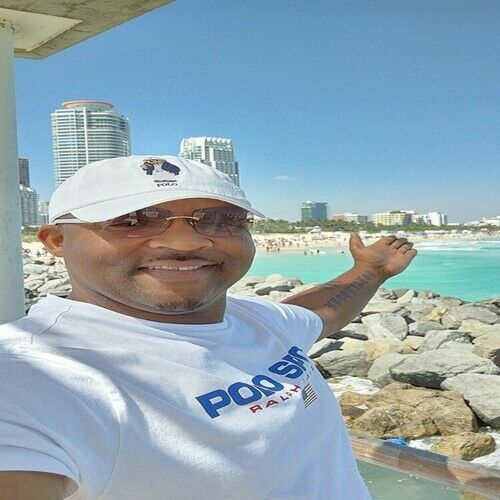 V.V. "Doc" Scott (Varian Vontrell Scott) was born and raised in Miami-Dade County, Florida in the section of Opa-Locka on Tuesday January 9th, 1973. As a child in the early 80's, a few of my cousins and I (without consciously knowing what we were doing) started Producing and Editing home Movies by mimicking what we saw on TV, and on VCR tapes with our shoulder held RCA camcorder. My Filmmaking Movie bug was born.

After leaving high school in 1992. I dove head first into the Medical Field to become a Doctor (that's where my nickname Doc comes from). I wanted to practice in either Cardio Thoracic Medicine and Trauma Surgery, or Obstetrics and Gynecology. While going to school, I got a job at a clinic and rose through the ranks to become part owner of several Medical Clinics across South Florida. One night while in class, my Psychology professor surprised us with having to write a short story in 33 minutes. Asking myself, "what the f%k does writing a short story have to do with cutting somebody open and saving their life?" Not knowing that I could even write a story. I ended up getting a A+ grade on it. And with that, the Filmmaking bug had returned. I didn't graduate from Med school.

While working at the Clinics, opportunities kept coming my way for me to make a lot of fast Money, so I took it. Those opportunities spoke to me clearly and said, "Continue to go to school to become a Doctor, or become a Millionaire in a matter of months?" Being the opportunist that I am. I clearly spoke back to opportunity and said, "F
%K school!" On Friday September 17 1999, Glasshouse Entertainment Inc., was born, and we shot our 1st Music Video (Big Doe by Suicide)(https://youtu.be/otazd0pEcls) on Saturday November 27, 1999. Although it was just a music video. I got my very first taste of how a Production set is ran, and I must say, I loved and adored every moment of it.

Years later on Wednesday December 24, 2008, I was kidnapped (I call it kidnapped because I was held against my free will) arrested and charged with 21 counts of health care fraud; for buying and selling hiv/aids and cancer medication on the black market. 9 months later after a 3 day trial, and 3 days of deliberations from the jury. On Monday October 5, 2009 the jury came back with guilty verdicts on all charges. A few moments later. I clearly heard GOD say, "Doc, if you Trust me, Trust me!" Not completely understanding, but me completely trusting GOD, I said, "I do, let's ride GOD!"

While kidnapped, the Filmmaking bug had covered my entire Mind, Body, and Soul. I started dissecting and studying Hollywood and the mechanics on how Movies are Developed, Produced, Marketed, and Sold. The mechanics of Hollywood had consumed my entire existence. I wrote 13 screenplays in several different genres in the 9 years and 6 months that I was kidnapped. Now I fully overstand why GOD had me kidnapped.

As soon as I was released, after all that preparation. I dove head first again. Only this time, it was head first into a field that I was destined to be in, in the first place. It was clearly Devine Intervention! I self financed, built the Movie set on top of a auto body shop (Charlie's Paint & Body Shop in Miami), and Filmed my first full feature Movie on Tuesday September 1st - Wednesday September 23rd of 2020, titled: "The United States vs. The Private Sector." (link to watch the film is below) A Movie about this United States Government suing its very own citizens for excessive complaining about being in this country, and the citizens countersuing the Government for being excessively cruel, greedy, and prejudice.

Unique traits: Specialist in "THINKING OUTSIDE THE BOX!" 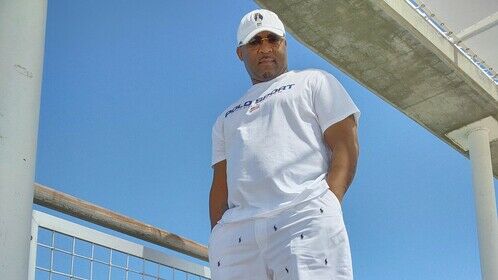 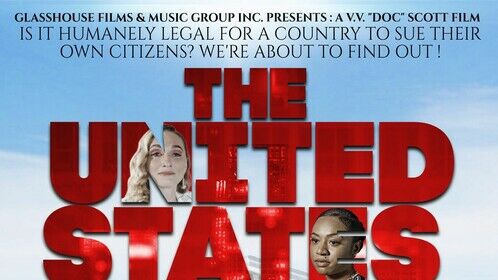 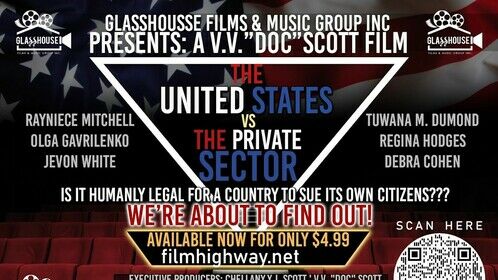 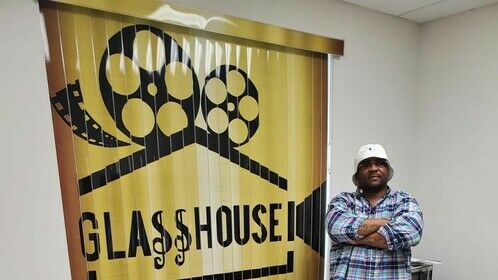