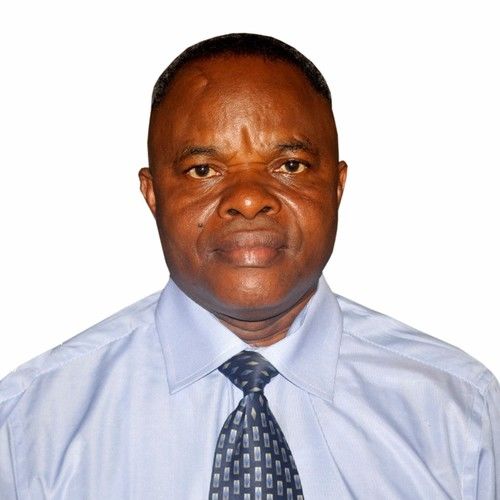 My name is Stephen Ndunaka. , I was a child victim of the Nigeria -Biafra civil war at a tender age of 7 years. I got lost in the bush for six months without parents / guardian. Most of the time famished, I walked on bare foot for long hours frightened by wide animals. In all my life after the civil war, I have consistently engaged into pondering and researching on how peace music and peace movie could be used as veritable means of propagating peace in Nigeria/African.

I was born on December 20th, 1959. I graduated from Obazu grammar school from 1974 to 1979. I Started work at the famous Police Central Band Ikeja Lagos Nigeria in 1984 under the administrative supervision of the then Director of Music; Late Bennard Odiase ( Commissioner of Police rtd ) where-in I obtained the Graded Examination Certificate of the Royal School of Music London . I had served as a musician under Central Band of Nigeria Police and previously been a keyboardist in several bands particularly under The Late Christy Uduak Essien-Igbokwe.

First and foremost I want to show my candid appreciation for connecting with me and indicating interest to do business with me. I humbly wish to show my appreciation for connecting with me. I, on behalf of our team have the pleasure to request for sponsorship for our peace music project album titled “Children Need Peace” [Peace anthem for children]. Other songs included in this peace music project are “Peace in this world” “We need peace” “I wonna live the life of peace” This peace music project is been presented under the auspices of Children Need Peace Campaign Project.

The Children Need Peace Campaign Project will present edutainment music, movie, poems, and some other important literatures using English language and some major Nigeria native languages. The literatures will be most convenient and attractive way of disseminating peace messages to our children in primary schools and adults in junior and high secondary Schools across the nation. With music, the message will be easily understood and indeed cultivate the habit of living in peace with one another.

The Children Need Peace Campaign Project programs would help, as a powerful movement to checkmate the uncontrollable and intractable armed violence against Nigeria and Africa Children in general. We all know the problems encounter by Children in the world as a result of armed conflicts, perpetrated by war-mongers, who have no respect for Children’s rights. Violent conflicts affects humanity in general, particularly Children, who want to have the chance to growing up and becoming future generation leaders in their own world.

Children’s dreams of a better future are always destroyed during or after armed conflict / war. In sympathy to UNICEF e-news: "Time to stop violence against children" in 2006, I decided to dedicate a peace Album titled "Children Need Peace" particularly to Children in some parts of our Nation prone for violent armed conflicts, to draw their attention to our philosophy of peace. Please indicate your interest to help sponsor the “Children Need Peace Music Documentary Campaign Project”. We hope to work in collaborative partnership with individuals or organizations.

I wish to remind you that any song about children draws the attention of audience and listeners toward it. “Children Need Peace Song (Peace Anthem for Africa)” will do just same. Our peace songs are powerful and important as “We Are the World” United State Artist for Africa, “The Greatest Love of All" written by composers Michael Masser (music) and Linda Creed (lyrics) made popular by singer Whitney Houston. "We trust that when funded, our ideas will generate US$5 Billion profit in a period of 15 years" We shall be highly grateful when this request is favorably considered as soon as possible..

Thanks a million
Best Regards 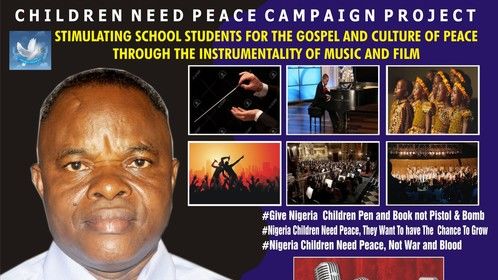