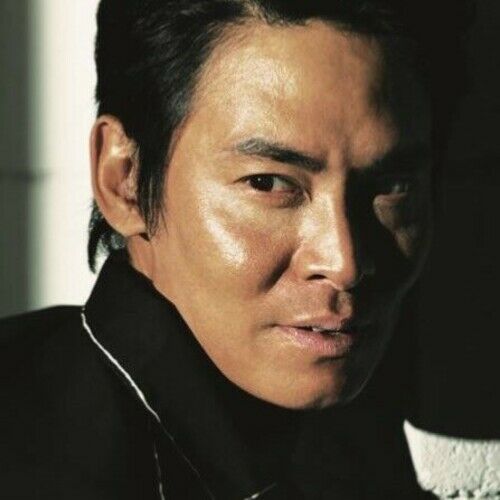 Craig Fong was born in Carnarvon, Western Australia. In this small country town with less than five thousand residents, Craig grew up in a somewhat isolated outback environment and was first cast in the stage comedy 'Custards Last Stand'. At fourteen Craig moved to Perth to continue his studies at Rossmoyne Senior High School but there were no drama classes, instead he picked up photography with the intention of eventually becoming a film director.

After high school he enrolled into the Central Institute of Technology located in Perth, majoring in film production and animation. During his three years he won Best Television Commercial and his actor Matt Thompson won Best Male Actor for a short film he made in 1991 at the Film and Television Institute (FTI) Awards in Fremantle. The following year he was nominated for Best Documentary at the same event.

His partner at the time, a prominent model, introduced him to her agent and thus was cast in his first television commercial for Western Australian Tourism.

Craig left Perth for Sydney to pursue an acting career. He was an extra on 'Thank God He Met Lizzie', 'Hart to Hart Down Under' and was featured in a Crowded House music video, 'Instinct'. From there he left for Singapore and modelled for Elite Singapore and then with Mannequin Studio.

His travels took him to Malaysia where his first real acting break came from a Hollywood movie 'Entrapment', where he spent five days standing next to Catherine Zeta-Jones as the right-hand-man of Maury Chaykin's character. He did not have a large part in this movie. In fact, it was a very small one with a one-word line. In 1999 Craig was cast in his first lead role in an independent film 'Spinning Gasing' portraying Harry, a young musician who is caught between culture, religion and love. 'Spinning Gasing' was later garnished with awards from the Hawaii International Film Festival, Slamdunk Film Festival in Utah and the CINEFAN Film Festival in Bombay.

Craig briefly returned to Singapore to work in mostly movies made for television with longtime friend and director Kabir Bhatia. Together they made 'On the Wings of Butterflies' playing a Japanese soldier who falls in love with a local Chinese Singaporean girl during World War II and 'Full Circle'.

After two years in Singapore he returned to his home in Perth and met playwright John Aitken where he was cast as an Imperial Princess in 'Imperial Façade', a Russian Mongolian soldier in 'Ships Pass Quietly' and a doppelgänger in 'Lost is my Quiet' where he was awarded Best Supporting Actor at the October 2007, 8th Annual Equity Guild Awards in Western Australia.

It was also the same year he played Bao Tang in the Australian feature film, 'Without Warrant' with Andy Mcphee, Peter Phelps, Ferdinand Hoang and John Flaus. A crime thriller, that takes an uncompromising journey into the world of police corruption.

In June 2009, Craig was cast in the Malaysian epic feature film 'Hikayat Merong Mahawangsa' (also known internationally as 'The Malay Chronicles: Bloodlines' & 'Clash of Empires'), playing the role of Admiral Liu Yun where the fight scenes were shot on the shores of Kuala Terengganu.

In August of the same year he appeared as the love interest Karl Vincent in the television series, 'Wadi Unung' for Astro Prima. While post-production continued on 'The Malay Chronicles: Bloodlines', Fong began shooting on the WWII mini-series 'Akinabalu' in February 2010 alongside Dira Abu Zahar and Aaron Aziz, as the Japanese Lieutenant Tanaka. The Astro Citra miniseries, directed by Kabir Bhatia, was based on the Japanese occupation of South-East Asia, particularly the Sandakan Death Marches.

Craig can be seen in many European productions, including 'Liebe und Tod auf Java' ('Love and Death in Java'). Directed by Heidi Kranz. Screenplay by Christian Schmidt and produced by teamWorx Television & Film GmbH. The cast included, Muriel Baumeister, Francis Fulton-Smith, Julia Thurnau, Sönke Möhring and Gottfried John. Set in a tobacco plantation in Java during the 1920s just before World War II had been declared and Nazi persecution had begun.

'Verloren auf Borneo', ('Lost in Borneo'). A German made movie about Borneo's endangered Orangutans, which in the film is highly threatened by deforestation. Starring Hannes Jaenicke, Mirjam Weichselbraun and Patrick Heyn.

Craig played Andy Chow on 'The Hong Kong Affair' ('Hafen der Düfte') with German actress Veronica Ferres who was also co-producer and acted with Russell Wong and Matthew Marsh. The story based on the novel by Harold Nebenza. Directed by Peter Gersina for teamWorx Television & Film GmbH.

In November 2011, Craig Fong was nominated for Best Supporting Actor for 'The Malay Chronicles: Bloodlines' at the Anugerah Skrin in Malaysia.

In 2013 Craig teamed up once again with writer and director Kabir Bhatia on 'Gila Baby'. On February of the same year, he starred in the Malaysian drama film 'Cuak'.

June 2018 - Filming began on 'The Heights' by Matchbox Pictures for the ABC Australia and NBC America. Fong plays the role of Benny. 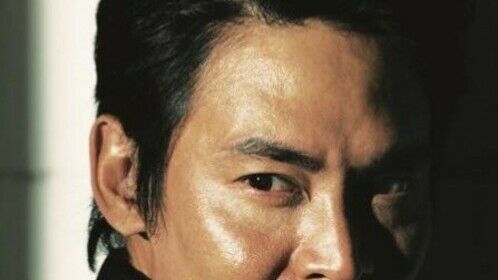 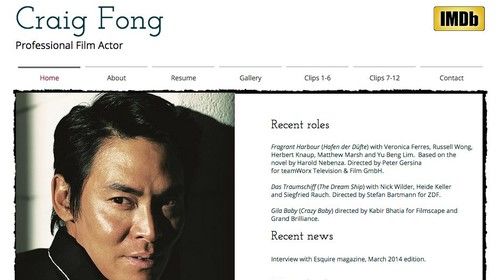 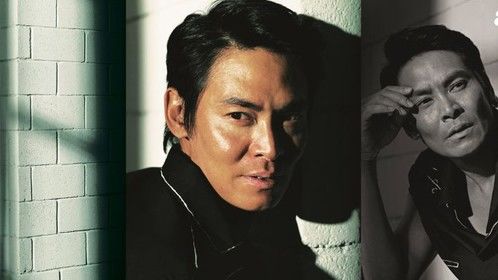 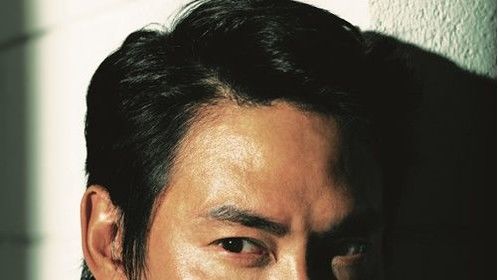