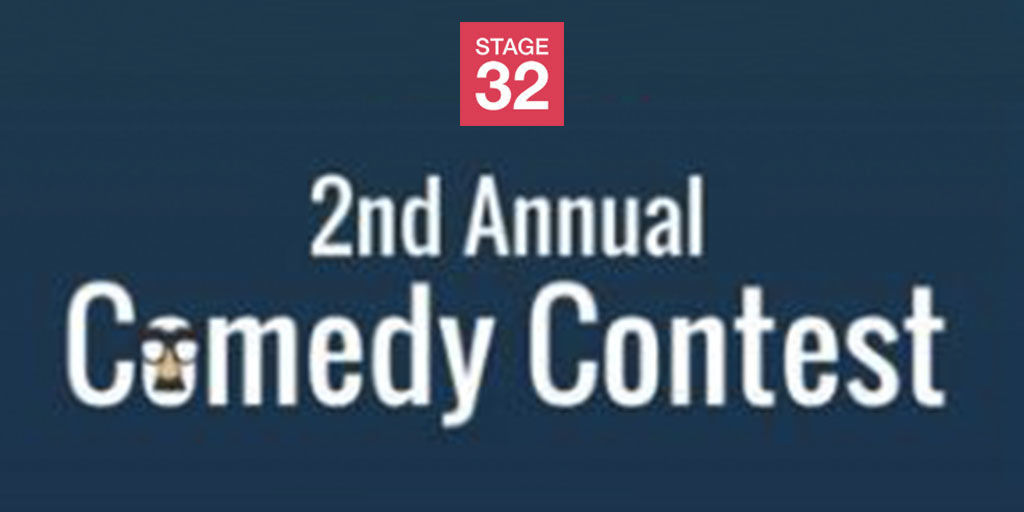 The 2nd Annual Stage 32 Comedy Contest is closed for submission

WHAT KIND OF TELEPLAYS CAN I ENTER?

Stage 32 Happy Writers are looking for scripts that encompass both 30-minute and 1-hour TV shows. We will be searching for up and coming TV comedy writers in these 4 categories:

Teleplays in this category are 30-minute original comedy pilots, and are not based off of an existing TV show.

Teleplays in this category must be based off of a currently airing 30-minute TV comedy show, such as: Veep, Silicon Valley, Black-ish, Transparent, Master of None, etc.

Teleplays in this category are 1-hour original comedy pilots, and are not based off of an existing TV show.

Teleplays in this category must be based off of a currently airing 1-hour TV Comedy show, such as: Orange is The New Black, Better Call Saul, Veep, Silicon Valley, etc.

WHAT KIND OF SCREENPLAY CAN I ENTER?

All writers submitting a script between 120-150 pages must pay an additional $15. No scripts over 150 pages will be accepted.

All finalists loglines will be posted in a special section of Stage 32 where any of the 500 industry executives we work with will be able to view them. If there is interest beyond the logline, we will facilitate the communication between the exec and the writer. Finalists will also receive a special Free On-Demand Stage 32 Next Level Webinar.

Congratulations to the Winners of the 2nd Annual Stage 32 Comedy Writing Contest!

HAPPY TRAILS: WHEN IN BUMBLEF*CK

Congratulations to the Finalists of the 2nd Annual Stage 32 Comedy Writing Contest!

Congratulations to the Semi-finalists of the 2nd Annual Stage 32 Comedy Writing Contest!

Congratulations to the Quarter-finalists of the 2nd Annual Stage 32 Comedy Writing Contest!

May 17th: Winners will be announced on Stage 32

David Boxerbaum is a talent and literary agent and partner at Verve Agency. David has emerged as one of the most prolific spec script sellers in the industry today, with selling almost 2 dozen scripts to studios and production companies in one year. Boxerbaum began his career working for producer Jerry Bruckheimer before moving to the William Morris Agency, and then Endeavor. He spent the last six years as a leader in the literary group at Paradigm.

Colin Lawrence is an American Film Director, Writer and Producer. He is the third of four boys born and raised in Southern California. Colin's first exposure to the arts came through his father, James, an ex-marine and actor. Since he was old enough to push a VHS tape into a VCR he has been in love with cinema. He created his first films at the age of 11, most of which were of the horror genre, emulating Troma films, set to the music of the Misfits. After five years in development at various industry shingles, and four years as a staff producer at New Wave Entertainment, Colin is now an independent producer/director with several features, dozens of shorts, sketches and commercials under his belt, and is looking for his next great project. He believes in the power of the mind and spirit, the value of hard work, good food and good films.

Gabriel Chu is the creative executive of Vertigo Entertainment and has been with the company for just over a year. Vertigo is a very active production company with credits including The Departed, How to Train Your Dragon, The Strangers, Oldboy, The Roomate, Abduction, Quarantine and The Grudge.They currently have over 40 projects in various stages of development and production including Poltergeist, Run All Night w/ Liam Neeson, The Double Hour w/ Michelle Williams and Death Note directed by Gus Van Sant. In just 10 years Vertigo has produced almost 30 films.

Big Beach is an independent film financing and production company based in New York. Big Beach was founded by producers Marc Turtletaub and Peter Saraf (Adaptation, Little Miss Sunshine). Big Beach has produced films like Away We Go, The Kings of Summer, Sunshine Cleaning, Safety Not Guaranteed, and Our Idiot Brother.

Joshua Cohen is a Production and Development Coordinator at Big Beach.

He's an MFA graduate of the creative producing program at Columbia University, and has written and produced dozens of short films, and was nominated for a Student Academy Award for his work producing the short film Day 39. At Big Beach, his credits include work on Me Him Her, Three Generations, and Loving.

Michelle Knudsen is a manager and producer at MXN Entertainment. After graduating from Columbia University she got her start working for agent Sarah Self at Gersh NY before moving with Sarah to LA. She then went to work for manager/producer Mason Novick, jumping immediately into production on 500 DAYS OF SUMMER. Since then she has established herself as a manager of feature and TV writers. Along with producer Mason Novick, Michelle currently has a slate of feature and TV projects at various stages of development.