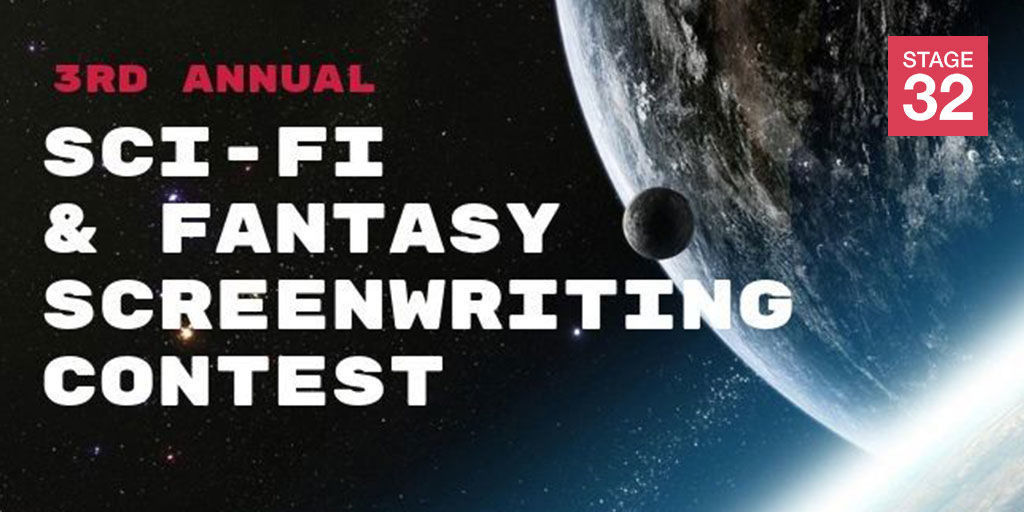 Thanks to the plethora of streaming options and a renewed interest in the genres, fantasy and sci-fi films have never been hotter. More and more production companies, managers, and agents are looking for writers working with fantasy and sci-fi ideas. And with our 3rd Annual Fantasy and Sci-Fi contest, we’re once again ready to shine a light on the most talented undiscovered writers. (See what past finalists and winners are up to in the videos below!)

What are we looking for? Well, everything! From small budget contained, to mid-range worlds, to blockbuster new realms, we want your best.

As always, our finalists will be exposed to hundreds of executives. And this year’s winner will be flown to Los Angeles to meet with Fenrir Productions, Amasia Entertainment, Cruze & Company, The Octoberists, Kersey Management and John Crosby Management.

Our goal is to continue our streak of past winners/finalists getting represented, optioned. We look forward to working with you!

What Types of Scripts Can Enter?

From fantasy worlds such as Snow White and the Huntsman, Avatar and Ready Player One to low budget to high budget sci-fi such as Ex Machina, Venom, Annihilation, Death Race 2050, Ghost in the Shell, Birdbox, Valerian, Geostorm and everything in between.

(Features only. No shorts or TV pilots will be accepted)

John went on a whirlwind of meetings after his win, which lead to Wonder Woman Producer Stephen Jones sending John's script to Atlas Entertainment (Justice League, Suicide Squad), as well as Talent Agent Shawn Burns sending out his script to managers that specialize in sci-fi writers!

Our Grand Prize Winner Ben Gross, writer of THE LADIES' GUIDE TO HACKING met with and is working through concepts with manager Daniel Vang from Good Fear Film + Management, has been commissioned to write a script for Daniel Herther, VP of Development from Baker Entertainment Group and met with Spencer Malof from the Illusinarium and met and was mentored by Marc Zicree (Star Trek, Battlestar Galactica).

Want to see the successes of ALL Stage 32 contests? CLICK HERE!

Pat O’Brien served as a Feature Development intern for Academy Award-nominated Producer Brian Oliver (BLACK SWAN) at Cross Creek Pictures in Hollywood. He then moved from Cross Creek Pictures to work as a Development Assistant to Head of Development, John Orlando, at Sony Pictures Television’s digital division, Crackle. From there he assisted the Vice President of Television Literary, Lindsay Howard, at the Agency for the Performing Arts (APA) in Beverly Hills, and was most recently the Development Coordinator at Laurence Mark Productions (FLATLINERS, I, ROBOT, DREAMGIRLS) before moving to John Crosby Management.

Andrew M. Henderson is a Writer & Producer working in various genres and mediums on projects in development all around town. Recently announced on Deadline, Andrew is writing and co-producing the WWII Action/Thriller, OPERATION HUSKY, with Runaway Planet Content Group and Paradox Film Group (UNTOGETHER, ITSY BITSY). He has another two films going into production next year including another soon-to-be-announced project with Runaway and Paradox, which will have Dito Montiel (THE CLAPPER) directing.

In 2017 he optioned an Action/Thriller, WATCHDOG, to Mark Canton & Cinelou Films (300), and a Horror/Thriller to Storyboard Ent. (THE STRANGE ONES). His Sci-fi/Thriller short, Mirrored, has played and placed at dozens of festivals including San Diego Comic-Con.

Outside of Film/TV, Andrew has written several comics including Noctua, which he is also developing as a feature, and the French Best-Selling Graphic Novel Seul Survivant (Sole Survivor)

Cody Lyons co-founded The Octoberists, a production and foreign sales company, in 2017 with producer E. Thompson. In the short time since they started, The Octoberists signed the 18-time Festival Award-winning horror feature, THE DARK TAPES, the cult sci-fi, found-footage film LUNOPOLIS, the horror-thriller RETREAT starring Kim Allan, and the neo-noir STRAWBERRY FLAVORED PLASTIC. They also have a number of projects in development including BERENSTAIN PARADOX, 18 MINUTES, THE 13TH STEP, and BODYGUARD VS. BODYGUARD.

Cody Lyons started his career working in development for a producer on the Twilight Saga. Lyons then transitioned to development at Pathbender, securing multiple options on books, graphic novels and screenplays.

Andrew Kersey is a Literary Manager and the head of Kersey Management.  Andrew just sold his client's Sci-Fi spec script to Universal with Mike De Luca, the Oscar-nominated producer behind THE SOCIAL NETWORK and the FIFTY SHADES OF GREY movies! You can read more here.

Currently, his client’s comedy VACATION FRIENDS is in production at Broken  Road for Hulu starring John Cena and Lil Rel.

Kersey's incredibly talented clients are working on projects at all the major studios and streaming outlets including Netflix and Amazon, and the networks and cable channels ABC, Fox, NBC, CW, Disney Channel, and Nickelodeon.

Bradley Gallo is the co-founder and President of Film and Television at Amasia Entertainment. Helmed by the former president and COO of Marvel Studios, Michael Helfant, Amasia has emerged as one of the top production companies in the industry today.

Amasia which is the production company behind the sequel series DARK SHADOWS: REINCARNATION for Warner Brothers and the grounded reboot of the GREEN HORNET franchise, set up at Universal.

Amasia Entertainment is a production, finance and management company based in Los Angeles. They're behind films like CAREFUL WHAT YOU WISH FOR, FEAR, INC., THE ROAD WITHIN, THE CALL AND MR. RIGHT. Amasia is currently in pre-production on FATE, written by Gary Whittar (ROGUE ONE: A STAR WARS STORY, BOOK OF ELI).

Recently, Amasia opened up a bidding war for MY FAVORITE THING IS MONSTERS, with SONY picking up the project, which is now in development (see it on Deadline) and announced a new Television division led by industry veteran Tracy Mercer, formerly with Morgan Freeman's Revelations Entertainment (See it on Deadline here). Amasia just acquired the rights to the sci-fi feature WORLD BREAKER and the pilot DOPPEL (see more here).

Aaron is the Producer at Cruze & Company, the budding film and television production company that recently released OPERATOR, a comedy that took home Best Director at the Phoenix Film Festival and the Roger Ebert Prize at the Traverse City Film Festival. The film features an all-star cast including Martin Starr ("Silicon Valley", KNOCKED UP, SUPERBAD), Mae Whitman ("Arrested Development", "Parenthood", THE DUFF) and Retta ("Parks and Recreation").

Aaron got his start as a Development Executive at Persistent Entertainment (PASSENGERS, DEEP IN THE VALLEY, REMEMBER THE DAZE) before moving to FX Networks and then founding Cruze & Company in 2013.