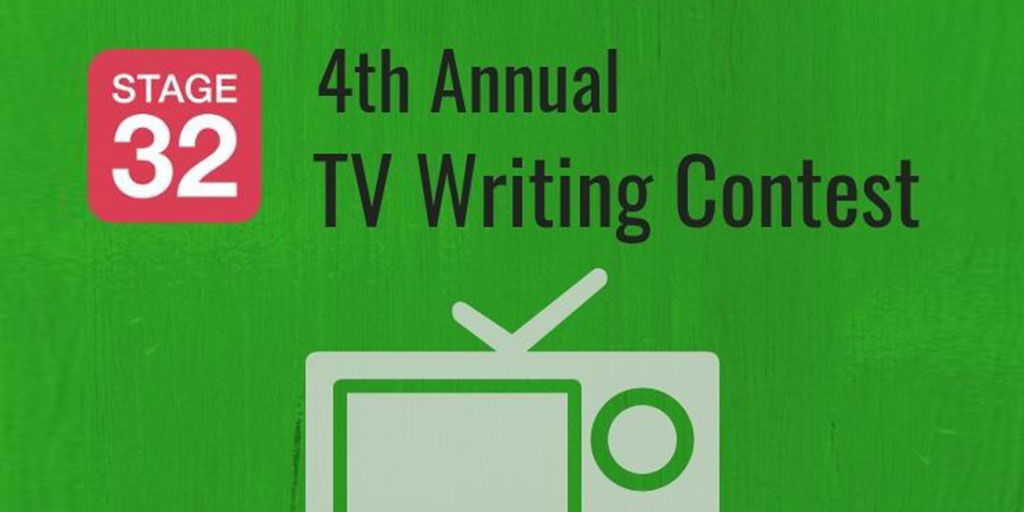 THE WINNER HAS BEEN CHOSEN!

It's almost the most magical time of the year. You know what I'm talking about. All the bright lights, the festive decorations. That's right!

Which means we're happy to announce our 4th Annual TV Writing Contest! Stage 32 contests, simply put, are the best in the industry - giving you unparalleled opportunity for exposure.

TV is bigger than ever, streaming has allowed more original voices to be broadcast around the world and with the future holding opportunity in an unnamed company's new streaming platform (rhymes with Bisney), there's no doubt going to be an even greater call for excellent TV writers and original shows!

No matter what format you write in – sitcom, drama, serialized, procedural, mini-series, limited series – we want your work! All 30 and 60 minute original pilots are eligible. NO SPECS OF PRE-EXISTING SHOWS WILL BE ACCEPTED.

This year our grand prize winner will be flown to LA to meet with executives from:
PLUS! All finalists will have their loglines sent out to our extensive list of executives.
So come join in the festivities, and get your scripts out there before staffing season begins!

We pride ourselves in giving our writers exclusive and direct access with industry decision makers. In 4 years, our contests have produced numerous writers who have been signed, optioned, produced or placed on television writing staffs! We work diligently for our winners to make sure they have every chance to take their careers to the next level!

The first 3 years of our TV contest provided the following success stories:

For an additional fee of only $49 (50% savings!) you can receive full coverage from our industry readers on your screenplay or teleplay. Just check "coverage" upon checkout.

In this position, Mr. Varni oversees all creative and day-to-day management on ABC’s Grey’s Anatomy, How to Get Away with Murder, The Conners, Grand Hotel and long running daytime drama series, General Hospital. In past seasons, Mr. Varni served as the covering executive on Once Upon A Time, Scandal, The Middle, Greys Anatomy, Kevin (Probably) Saves the World and the revival of Roseanne. Mr. Varni joined ABC in November, 2006 as an assistant in comedy current programming and also spent time working as a coordinator in comedy development and current programming working on a vast number of both comedy and drama series including According to Jim, Samantha Who?, Better off Ted, Cougar Town, Castle, V, 666 Park Avenue and three seasons covering Happy Endings.

Prior to joining ABC, Mr. Varni worked in series development at Regency Television (Malcolm in the Middle, The Bernie Mac Show). While at Regency Mr. Varni assisted with the creative coverage of NBC’s Windfall and FOX’s New Amsterdam. Prior to his time at Regency TV, Mr. Varni worked in reality series as a story assistant for series such as America’s Next Top Model, The Bachelor, The Bachelorette, High School Reunion, For Love or Money and The Next Great Champ. Game show experience includes working on 65 episodes of GSN’s Whammy! The All New Press Your Luck. Mr. Varni served as a production assistant and then Exec Producers assistant on the CBS sitcoms Listen Up and How I Met Your Mother.

Mr. Varni earned a bachelor of arts in television production/media management from California State University Northridge.Mr. Varni grew up in San Diego and then relocated to the central coast of California. He currently resides in Burbank, California.

In his free time, he is an avid film/television fan, occasional tennis player, and enjoys live theatre.

Prior to his stint at eOne, Rosenberg served as Head of Television at Blueprint Entertainment where he produced Testees for FX. He also founded and served as President of Maverick Television where he brought together Eddie Izzard and Dmitry Lipkin to create FX’s critically-acclaimed The Riches, and produced the MTV unscripted series I’m From Rolling Stone.

Rosenberg brings 4 decades of baggage, manipulation and less than exemplary social standing to all of his endeavors. He got his start as a concert promoter in San Francisco though he originally hails from LA. But most importantly, please don’t call him Mike. He goes by Rosey.

Adam Fratto is a seasoned producer and creative executive with proven track records in TV development & programming, production, and features. With a specialty in genre storytelling, he is experienced in crafting international business models and launching creative strategies.

Adam recently launched a series division for international distribution and production studio Reel One Entertainment. There, he has rapidly built a serious presence in the drama space, hiring experienced executives and assembling a buzzy slate of high profile projects, including a multi-platform adaptation of Philip K. Dick’s SCREAMERS and a UK series based on award-winning Belgian format TEAM CHOCOLATE. Before that, he was Head of Drama for Pukeko Pictures, affiliate of New Zealand's Weta (LORD OF THE RINGS, AVATAR, DISTRICT 9). The first of these, the award-winning CLEVERMAN, airs on Netflix, SundanceTV, BBC3, and Australia's ABC.

As an independent producer and consultant, Adam consulted with clients from tech startups to established networks. He Executive Produced YA movie SEA CHANGE and was co-EP of HAVEN, a hit supernatural drama based on Stephen King’s “The Colorado Kid," for Syfy.

Originally from New York, Adam is a graduate of Harvard College and USC’s graduate program in Film & TV Production, where he produced Emmy-winning documentary WALKING WITH GIANTS.

He is a member of the TV Academy, HRTS, and the Producers’ Guild. He is also co-Founder of Harvardwood, a group of 7,000+ alums in arts, media and entertainment (harvardwood.org). A lifelong sinophile, he has lived in Beijing, Taipei and Hong Kong.

Michael Tapia is an independent television Development Executive, with more than 10 years of experience in entertainment. Tapia specializes in the creation, development and production of scripted, unscripted and digital content. He recently sold the pilot “Paging Dr. Patel” to Facebook and currently consults for Electus, Objective Productions, and GRB Entertainment, and has working relationships with CAA, WME, APA and Innovative Artists.

Electus is the distribution and production company behind the CW's "Jane the Virgin" and "No Tomorrow" and Netflix's "Flaked". Objective Productions is headed by Ben Farrell and Andrew O'Connor, which produced "Witless" for the BBC, "The Peep Show" and "Toast of London" for London's Channel 4, "United Shades of America" for CNN, and "Fresh Meat" for Netflix. GRB Entertainment is another production company, whose credits include BAD NIGHT, "Intervention", and "Growing Up Gotti".

Before going independent, Tapia served as an executive at Bischoff/Hervey Entertainment where he helped developed series including: "See Dad Run" for Nickelodeon, "The Devils Ride" for Discovery Channel and "I (Heart) Nick Carter" for VH1. While at BHE, Tapia served as associate producer on “See Dad Run” where he worked with executives and alongside the writers.

Tapia got his start in the industry as the Director of Development for feature-film director Rupert Wainwright’s (BLANK CHECK, STIGMATA, THE FOG, “The Outer Limits") Breathless Films.

Audrey has a background in both scripted and unscripted television, on set, in production, and in writers’ rooms. Prior to joining The Cartel Audrey worked in development at WME and Lighthearted Entertainment and in the literary department at Gersh. In television Audrey’s worked in the CSI: Crime Scene Investigation writer’s room and was the showrunner’s assistant for the hit Bravo show Millionaire Matchmaker.

Industry Entertainment also represents some of the biggest talent behind the camera and on the page including:

Matt Kniaz came to Industry Entertainment from CAA after working in the talent/television packaging department. Before that, he was at ICM in the motion picture talent department.

Jon Stahl is the Script Coordinator at HBO assigned to the DGA, SAG, WGA and Emmy Award-winning comedy series "VEEP", starring Julia Louis-Dreyfus, Tony Hale and Anna Chlumsky, and created by Armando Iannucci (THE DEATH OF STALIN, "The Thick of It").

Jon began his career in production, working on projects like YOUNG ADULT, "The Big C", and "Maron". In 2013, he produced Season 1 of the Emmy-nominated series "Eastsiders", before getting his first high-profile writers’ room position on the NBC network sitcom Mr. Robinson with Universal Television. Jon went on to work in the writers' room at Nickelodeon on "Game Shakers" before his current role at HBO, where he works alongside some of the best writers in television comedy.

Jon grew up with a deep sense of admiration for well-written television. Shows like "Seinfeld" and "The Simpsons" painted his perception of what a great comedy could be, and impressed on him an irreverent, madcap style that shines through in his own work.

Brandon is the VP of Production at the bi-coastal management and production company, Paper Plane Entertainment. He has a diverse background in the Entertainment industry, working as an actor and producer for more than a decade. Brandon began his career in representation working in the Talent Department at The Gersh Agency and, before moving on to the TV Literary Department at the United Talent Agency.