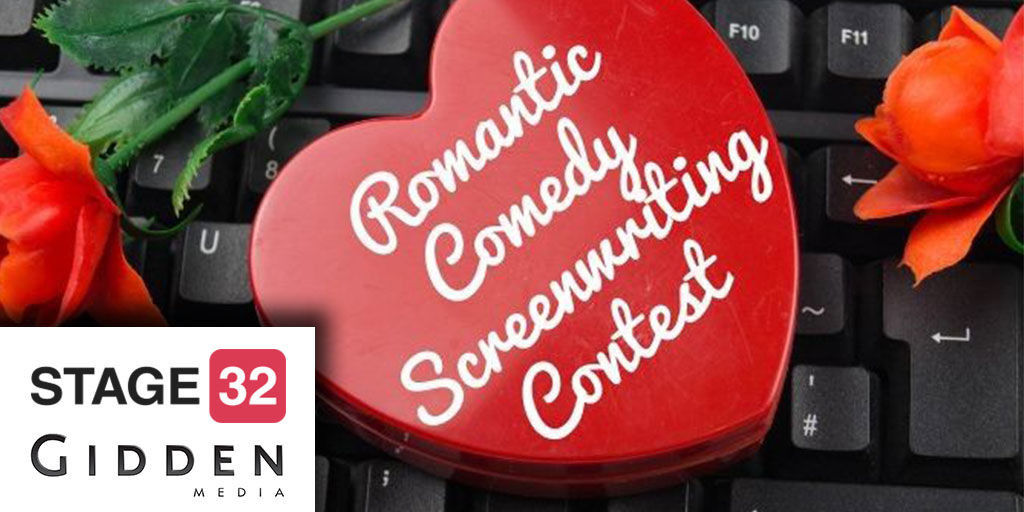 SEE ALL THE FINALISTS BELOW

"We are excited to announce that VAGIC by Julie Cross is the WINNER of the Gidden Media/Stage 32 Romantic Comedy Contest! Julie has written an R-rated, laugh-out-loud, feminist romantic comedy in which the heroine learns to "own" her power - romantically, professionally... and sexually! It's a very surprising premise and a fresh, modern spin on the romcom genre. Stage 32's very own Amanda Toney and Nick Assunto did an incredible job setting up the contest, along with an intricate system of dedicated readers. Also, shout out to Rachel Kempf for her script DIRTY WORDS, which we have awarded 'Special Distinction for Emerging Voice.' It's a unique and entertaining script that has a dry, incisive tone and an edgy wit. Congrats Julie & Rachel, and thank you to everyone who participated." - Amy Baer, President of Gidden Media

Another unique and exclusive Stage 32 opportunity - This time for Rom-Com Screenwriters!

With the tremendous box office success of CRAZY RICH ASIANS, BOOK CLUB and THE BIG SICK and the streaming successes of SET IT UP, SIERRA BURGESS IS A LOSER, and TO ALL THE BOYS I LOVED BEFORE, romantic comedies are making a huge comeback for all types of audiences.  Variety called Rom-Com's the "Hottest genre" for 2018 and beyond. If you have been sitting on a Rom-Com script or been thinking about writing one, now's the time to get it exposure and we have the perfect opportunity for you!

Stage 32 is honored to announce that we have partnered with Amy Baer's Gidden Media to find original, modern romantic comedy feature scripts in our first Romantic Comedy Screenwriting Contest partnership!

Amy Baer is the founder of Gidden Media. As a studio executive and producer, Ms. Baer has a particular interest in romantic comedy, and the films she has supervised and/or produced have grossed nearly $2 billion in worldwide box office. Gidden Media has recently developed and produced MARY SHELLEY with Elle Fanning, which was distributed by IFC in 2018 and BRIAN BANKS, which just won the Audience Award at the 2018 LA Film Festival, directed by Tom Shadyac and starring Aldis Hodge and Oscar-nominated Greg Kinnear. Ms. Baer has worked on some of the most successful Rom-Coms in history, including MY BEST FRIEND’S WEDDING and SOMETHING’S GOTTA GIVE. Prior to founding Gidden Media, Ms. Baer was formerly the President & CEO of CBS Films, the Vice President of Production at Tri-Star Pictures, the Executive Vice President of Production for Columbia Pictures.

Up to 3 winners will receive $7,500 upfront and be put into an incubator/mentoring program with payments escalating up to $300,000 if the screenplay gets produced (and certain conditions are met). Full details are in the terms & conditions. Writers will be entered into Gidden Media's development incubator/mentorship program working directly with founder Amy Baer and Head of Development Chris Ceccotti.

Simply put, if you have a Rom-Com feature, we want to see it!

***Check out our FREE webinar with Amy and our CEO, Rich "RB" Botto where they will talk about the industry and specifically what's happening in the Rom-Com market. Click here!***

For an additional fee of only $49 (50% savings!) you can receive full coverage from our industry readers on your screenplay. Just check "coverage" upon checkout. Coverage will be returned after the winners are announced.

Grand Prize Winners (Up to 3)

Up to 3 writers will be chosen to develop their screenplay with Gidden Media and receive $7,500 upfront with the potential for up to $300k in bonuses if the screenplay gets produced (and certain conditions are met). Full details are in the terms and conditions.

Here's why Stage 32 has become known as the leaders in launching careers - our contests winners & finalists find massive success!

In 2012, Baer raised a 7 figure development fund and launched Gidden Media, a content incubation and production company. Its first film, the romantic drama MARY SHELLEY, starring Elle Fanning (THE BEGUILED) and directed by Haifaa Al Mansour (WADJDA), had its World Premiere at the 2017 Toronto Film Festival. It was released by IFC in May 2018.

GM’s next film, the inspirational true story BRIAN BANKS, had its World Premiere at the LA FILM FESTIVAL on September 22nd, 2018, and won the LAFF Audience Award. Starring Aldis Hodge (UNDERGROUND), Oscar-nominee Greg Kinnear (LITTLE MISS SUNSHINE) and directed by Tom Shadyac (BRUCE ALMIGHTY),) the film tells the story of Brian Banks, an all-American high-school football player committed to USC by his junior year, whose life was upended in 2002 when falsely accused of rape. With the help of the California Innocence Project, Banks got his conviction overturned his name cleared in 2012 after a decade of wrongful imprisonment and parole. BRIAN BANKS is eyeing an early 2019 release.

Before starting her own company, Baer served as President & CEO of CBS Films (2007-2011), launching the division for CBS Corp. Baer spent the previous 17 years at Sony Pictures Entertainment, where she oversaw such hit films as 1997’s MY BEST FRIEND’S WEDDING, Oscar nominated ADAPTATION (2001), S.W.A.T. (2002), SOMETHING’S GOTTA GIVE (2003), and the 2006 holiday hit THE PURSUIT OF HAPPYNESS, which earned Will Smith an Oscar nomination. She also developed the 2011 Oscar-nominated Sony hit MONEYBALL, starring Brad Pitt. She began her career at Creative Artists Agency in 1988 as an assistant to the late Jay Moloney.

Baer became Board President of Women in Film in June 2018, stepping into the role at a critical juncture in Hollywood, as the entertainment industry faces a broad reckoning over gender disparities and sexual harassment. Founded in 1973, Women In Film advocates for and advances the careers of women working in the screen industries – to achieve parity and transform culture.

Chris Ceccotti is currently the Head of Development and Content Strategy at Gidden Media - the production company run by Billion-dollar executive-turned-proucer Amy Baer. Chris built and oversees a diverse slate of development properties for Gidden, shepherding forward film, TV and digital projects, and pursuing growth partnerships for the company. He developed and manages an incubator program for emerging writers.

Most recently, Chris was a co-producer on Gidden’s inspirational social justice drama BRIAN BANKS starring Aldis Hodge and Greg Kinnear, which won the Audience Award at the 2018 LA Film Festival.

Chris brought his entrepreneurial spirit to Los Angeles from James Madison University where he founded two businesses before graduating with honors. He began his career in special event production for award campaigns, shows and premieres before moving to Creative Artists Agency motion pictures literary department.